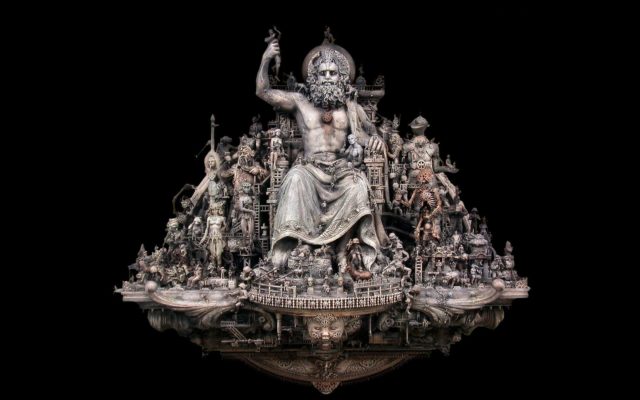 Kris Kuksi: Transforming the Ordinary Into Meticulous Works of Art

“We (humans) are consumed by our darkness and yet we don’t realize we don’t have to be. So I think if we can at least embrace our dark impulses, we can over come them.” 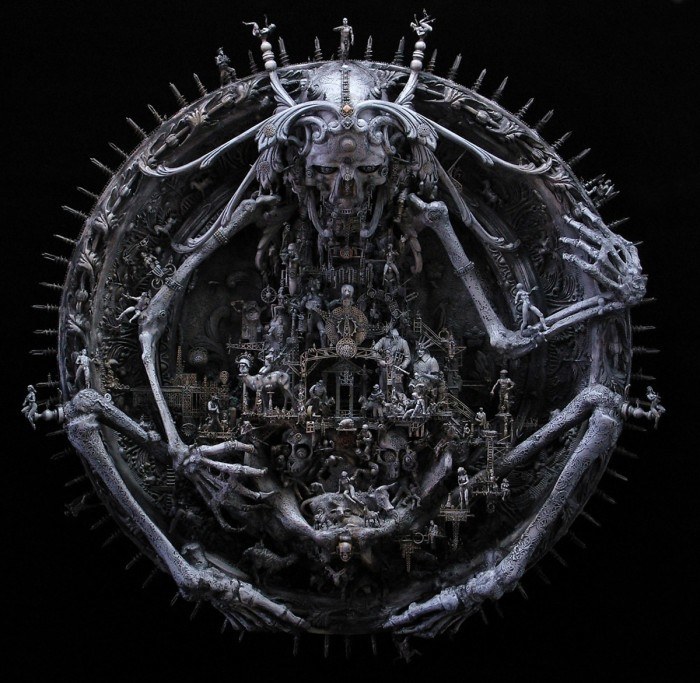 Spending his days in a 19th century church once ravaged by civil rights vandalism, artist and sculptor Kris Kuksi meticulously collects and transforms the lifeless products of modern consumer culture. He marries them together in delicate sequence to build hauntingly dark, seemingly ‘living’ monuments to the classical age. We caught up with Kuksi for a glimpse inside his craft. 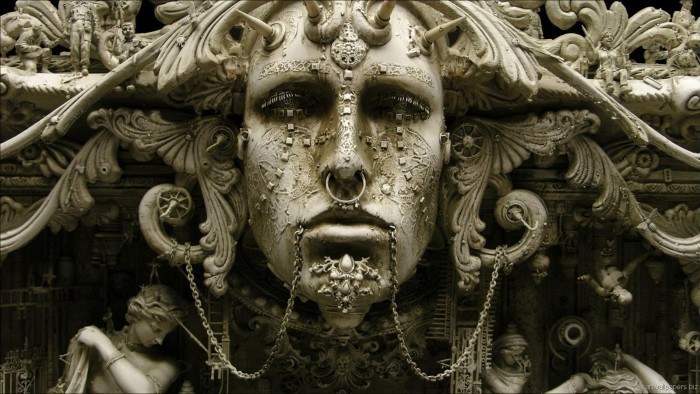 How long have you been practicing as an artist? Has creativity always been a part of your life?

Since childhood I’ve been completely interested in art, well, just self expression in general. I probably had the right equation growing up of isolated living in the country, no cable television, a grandmother who babysat me who was really into history, and an old barn that was crumbling down – I used bricks from the barn to make shrines to dead animals that you would find as a part of country life. 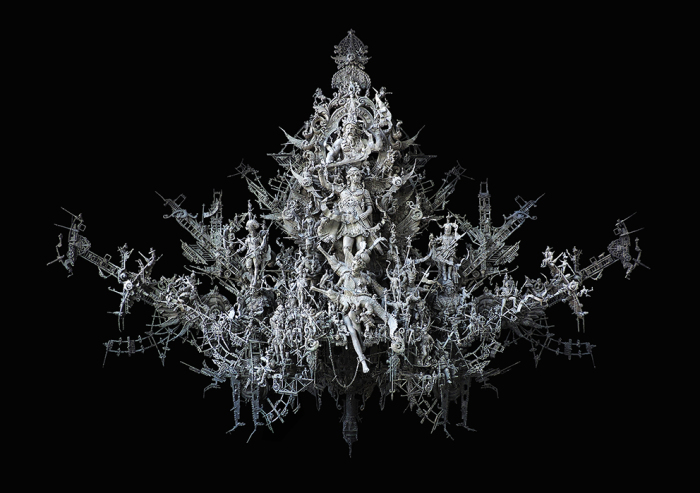 How did it all begin? Has sculpture always been within your practice?

Drawing was always my passion. In my youth Iron Maiden album covers were as high of a form of art that I was aware of so I spent a lot of time perfecting my abilities replicating those album covers-ha!  In 1995 I had made my first assemblage and it was a success. I couldn’t take it seriously though, as I was such a gung-ho purest for painting, so it took me until 2004 to have a friend urge me to make another sculpture. 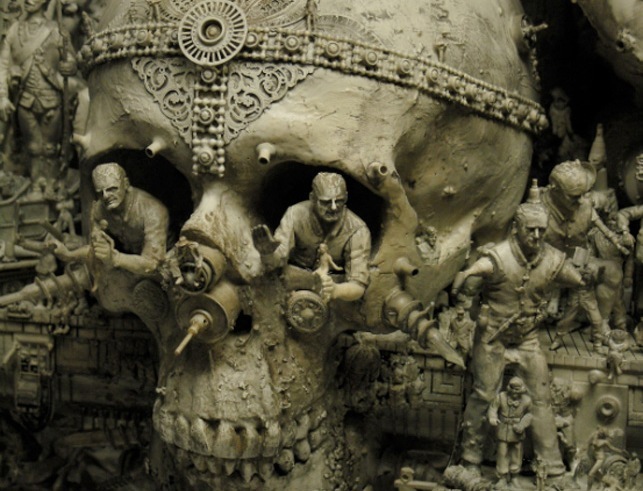 Do you have a studio space? Could you paint a mental image of it for us?

My studio is my pride and joy.  It is an old church built in 1897 and was the first church in Lawrence Kansas established by African Americans. It has had a long history of floods and unfortunate civil-rights-era vandalism. Oh, and it’s very close to some railroad tracks so the whole space shakes and the noise keeps me from dozing off while working. 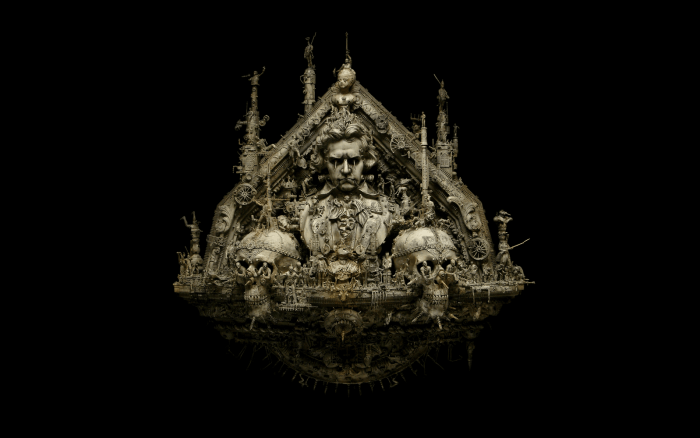 Your sculptures are quite unique in that they are not assembled from conventional materials. Where do you source them from?

I have a fun way of looking at the fact that these items are mass-produced with no character or ‘life’ to them, so I take them and dress them up with other mass-produced things. I remove the original identity of the product and make something ‘unique’.  I make it ‘live’ and call it art. 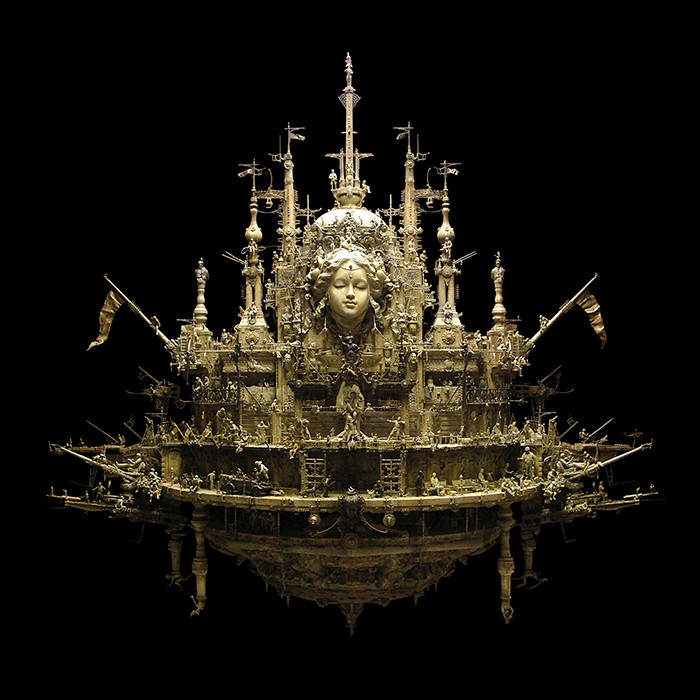 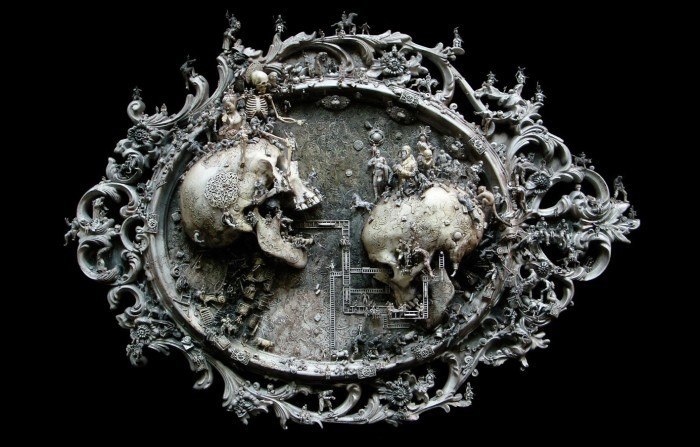 Do you have an overarching message that you strive to portray throughout your practice?

Human beings are limited. They are limited by their greed and carelessness yet they know it. Humans know how to be better and solve problems that are pressing the advancement of our species but we don’t always do the right thing. We are consumed by our darkness and yet we don’t realize we don’t have to be. So I think if we can at least embrace our dark impulses, we can over come them. I’ll add some dark humor with this and it makes for some entertaining artworks. 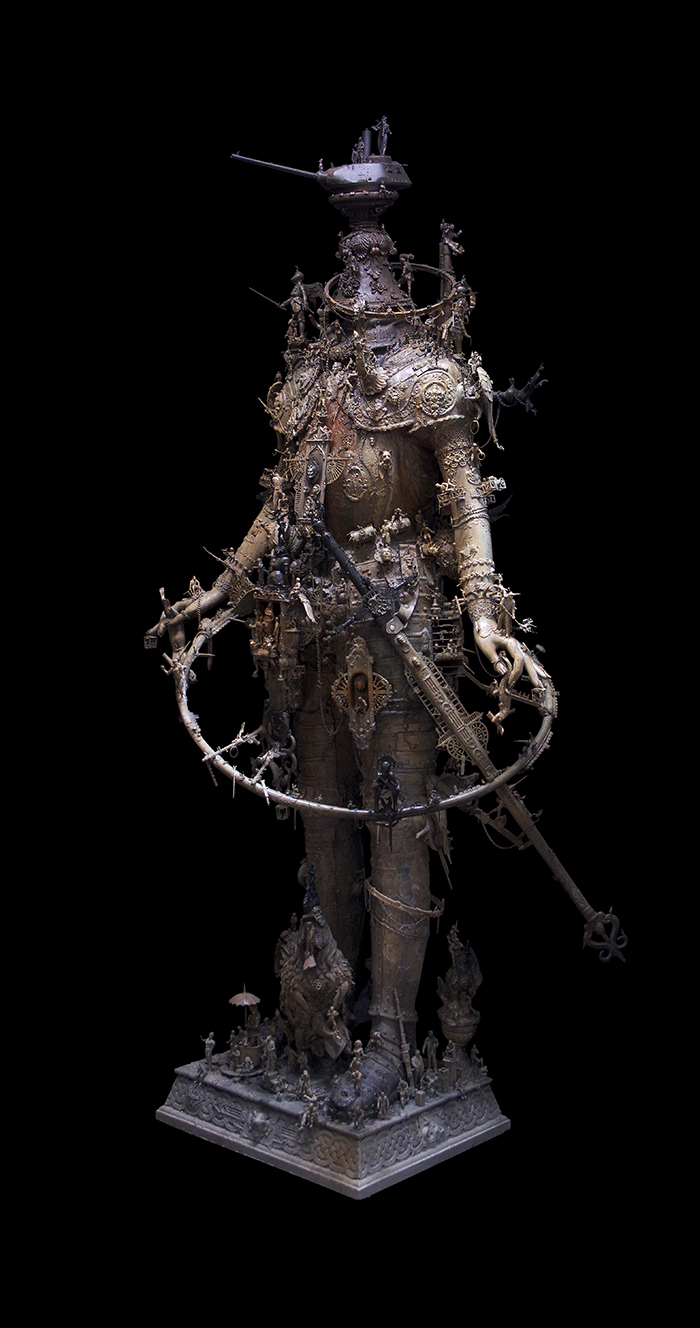 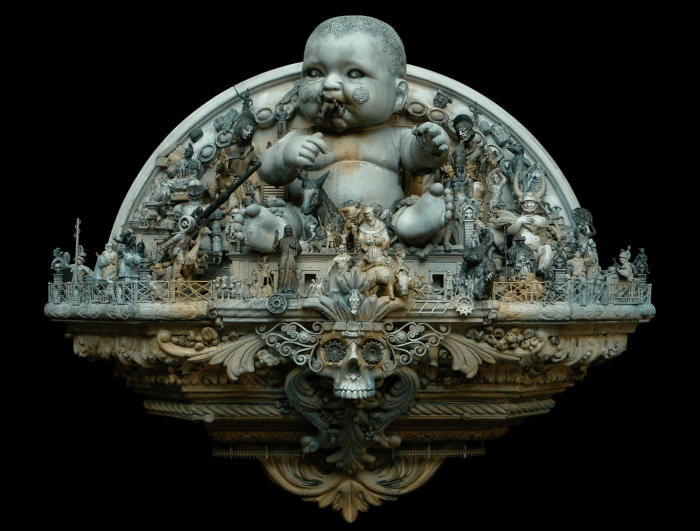