Mexican artist Said Dokins is known for his urban calligraffiti, a form of ‘abstract vandalism’ that combines traditional calligraphy techniques with graffiti writing. In his latest project, Dokins adds light painting techniques to that mix, creating artworks that exist in a fleeting moment, captured only by long exposure photography. The results are breathtaking.

The project, titled Heliographies of Memory, is a collaboration between Dokins and photographer Leonardo Luna. Dokins says of the photographic series:

“[They] capture the calligraphic gesture, the very moment where the action of inscription is taking place. The texts are written with light, so the words disappear as soon as they were suggested by the moves of the calligrapher, invisible to the simple eye. [The long exposure photographs] reveal what happened, even though no one could see it.” 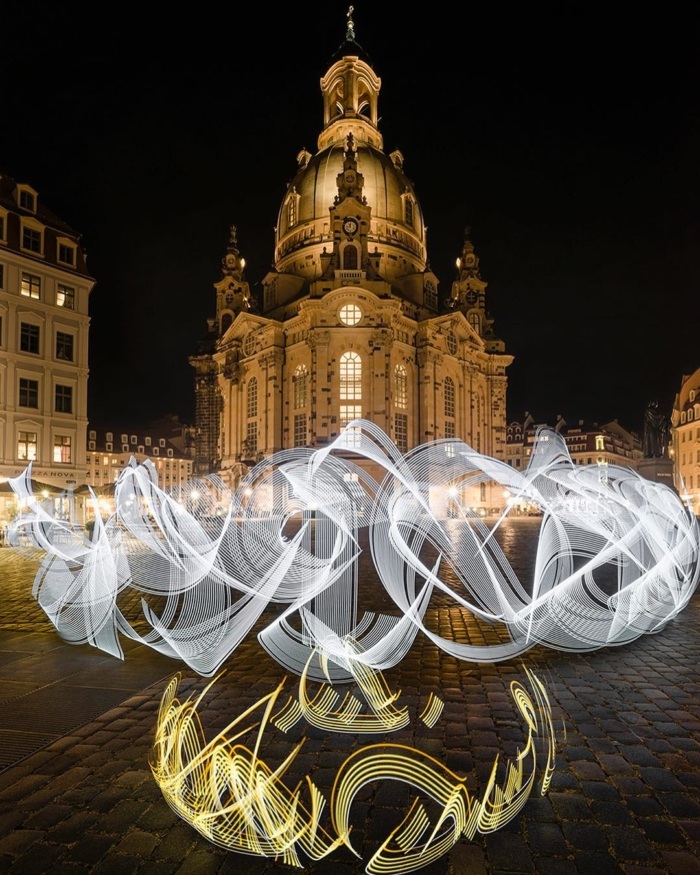 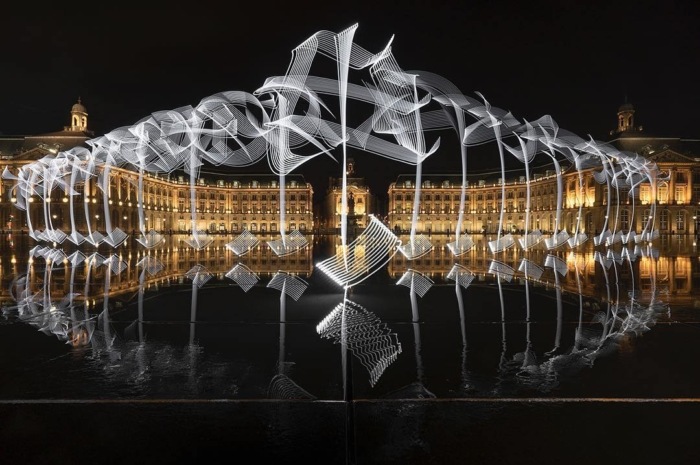 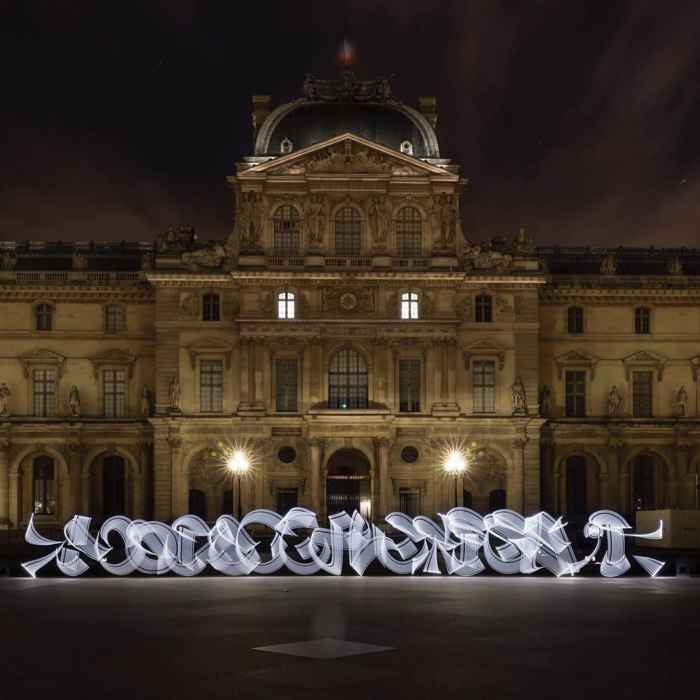 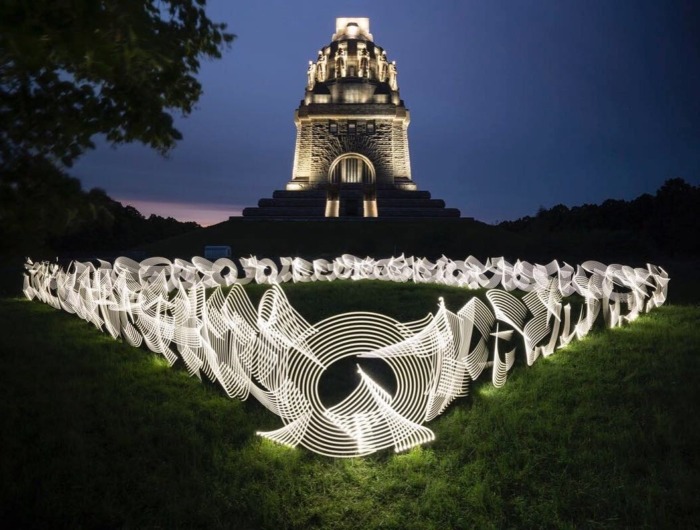 Each artwork uses a famous historic building or iconic site as a temporary backdrop for the ephemeral intervention. With the works, Dokins explores the social and historical relations that define specific places. At the same time, he investigates the displaced memories that are encrypted in the flow and transit instead of in tangible existence. 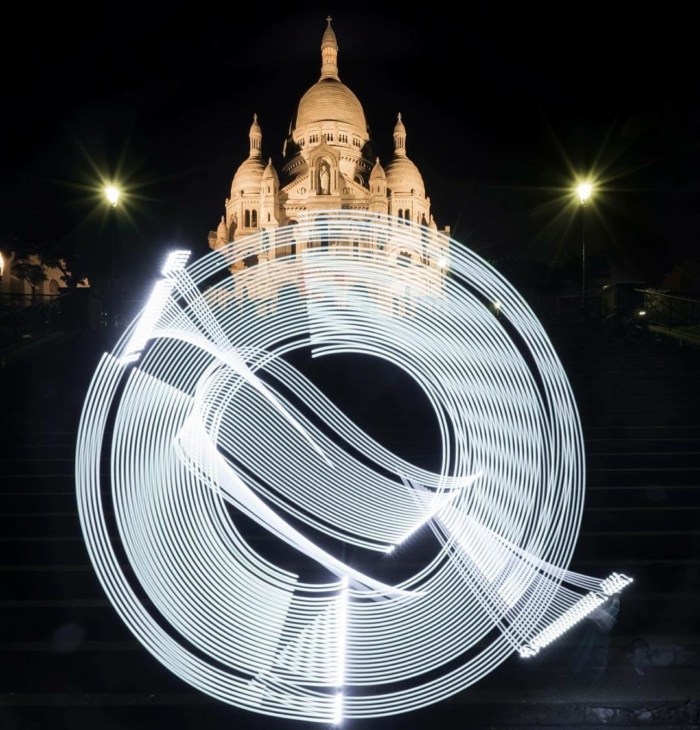 Dokins and Luna opened the OASTRALE Biennale of Contemporary Art in Dresden this year, with a choreographed presentation of the light painting technique. Dokins used his luminous tools to perform a series of movements around the audience, while Luna captured it on film. A projection was then shown, which revealed the hidden inscriptions that Dokins had weaved around the audience members. 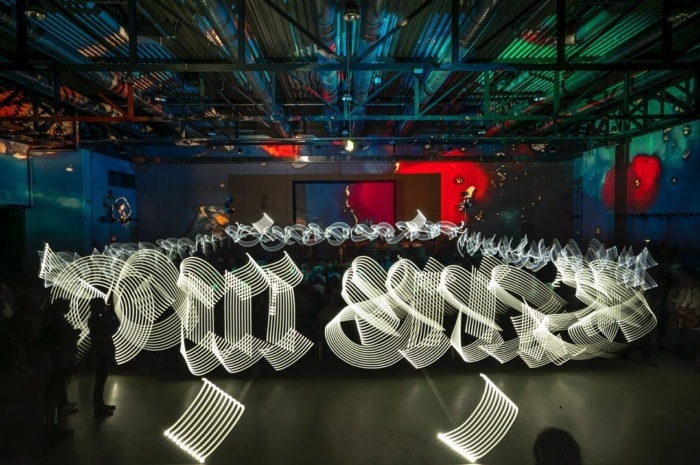