These Billionaires Are Asking Congress Not to Cut Their Taxes

When President Trump was elected, the fact that he was planning to give massive tax cuts to the rich became common knowledge quite rapidly. For couples earning above $470,000, Trump planned to cut income tax by 4.6%. Tax on mega corporations would fall from 35% to 20%. According to the non-partisan Tax Policy Center, 79.7% of tax cuts would benefit people in the top 1%. Now, anybody would expect there to be outrage at these tax cuts. But who would you expect the outrage to come from? Bernie Sanders and left-wing Democrats, sure. College students and low-income employees, definitely. Maybe even wealthy, progressive Hollywood celebrities. But how many people would have guessed that 400 millionaires and billionaires would be writing to Congress to insist they scrap the plans to cut taxes on, well, millionaires and billionaires?

In fact, a letter that includes Chief Executives, top lawyers, and world renowned medical professionals, will go further than asking Congress not to cut their taxes – it will ask Congress to raise them. The specific Senate legislation they’re aimed to block proposes to cut both individual and corporate tax rates. 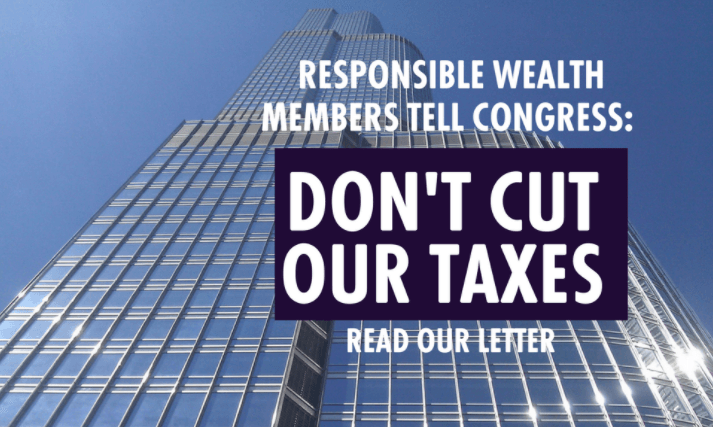 Signatories of the letter include the founders of Ben and Jerry’s Ice Cream, billionaire philanthropist Steven Rockefeller, and fashion designer Eileen Fisher. Their argument that their taxes shouldn’t be cut (and should be increased) is based on the fact that the GOP’s tax cut plan will increase the national debt by $1.5 trillion. The letter was organized by the progressive group Responsible Wealth, who have been fighting for years for higher taxes on the super-rich. Their website has a petition asking Congress not to pass the Senate’s tax cuts that you can only sign if your wealth puts you in the top 5% of Americans.

Since the financial crisis of 2007/08, it hasn’t been hard to find people who resent the One Percent. In 2011, the Occupy Wall Street movement famously used the slogan ‘We are the 99%’, and demanded that the One Percent pay their fair share of tax to reduce income inequality. Well, it seems like some of the One Percent have listened, and while the newest allies of the progressive left might not be able to truthfully wear activist t-shirts, they do have one thing that makes them valuable to the movement: money. Paradoxically, the best way to fight the system that benefits the One Percent might be to get some of them on side. 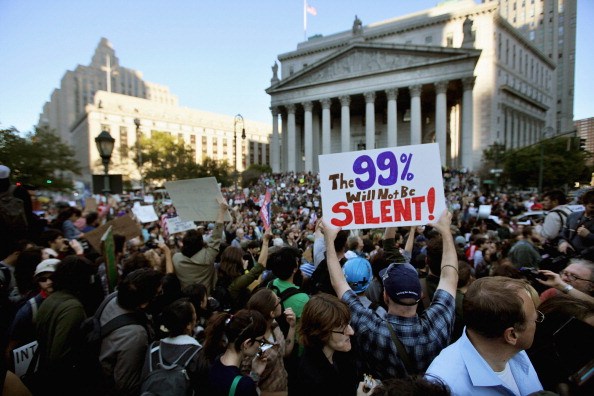 The Responsible Wealth group that organized the letter plans to keep working to lobby government to prevent further tax cuts for the One Percent. They are opposed to future tax cuts for several reasons, as outlined in their letter to Congress: they believe that the best way to strengthen the economy is to invest in civil institutions and restore confidence in ordinary Americans by being fiscally responsible – and that fiscal responsibility is best achieved by refusing to cut taxes for rich Americans. They specifically point to the proposed repeal of the estate tax, which they claim would cost the United States treasury $269 billion over the next ten years.

Here’s the thing: it’s easy to criticize people who are immensely wealthy. But really, when people are working against the unfair system that made them so wealthy, they can prove to be a valuable asset. Russell Brand once said, ‘when I was poor and complained about inequality, they said I was bitter. Now that I’m rich and complain about inequality, they say I’m a hypocrite. I’m beginning to think they just don’t want to talk about inequality’. If millionaires and billionaires are fighting Trump’s tax plan, progressives across the United States should put their resentment aside and fully support them.