Christine Wu: the Hauntingly Sensual Work of a Conflicted Artist

”There’s a great venn diagram I saw once that had one circle labeled “absolute narcissism” and another that said “crippling self doubt”. The point of intersection was “art”.

Chinese – American artist Christine Wu grew up with artistry in her DNA, yet speaks of the constant push and pull and consequent conflict within an artist’s existential state. We caught up with Christine for an insight into her work, which reflects her fascination with the manipulative power of the human mind. 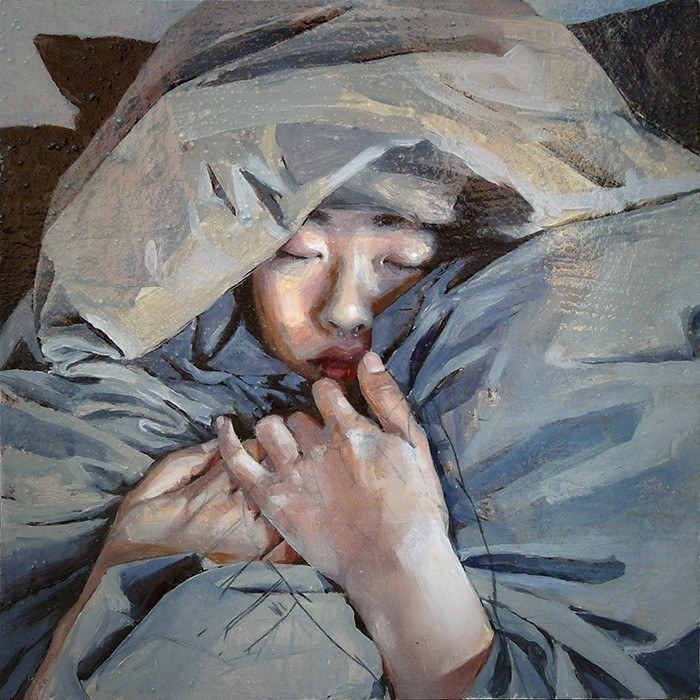 What are the upsides and downsides to the artist’s life?

The amount of emotional peaks and troughs on some days are absolutely ridiculous. There are few things that make feel as full and purposeful than completing work that I am personally satisfied with. But most people only see the peaks, and they don’t know anything about the hours spent staring at nothing, questioning everything. 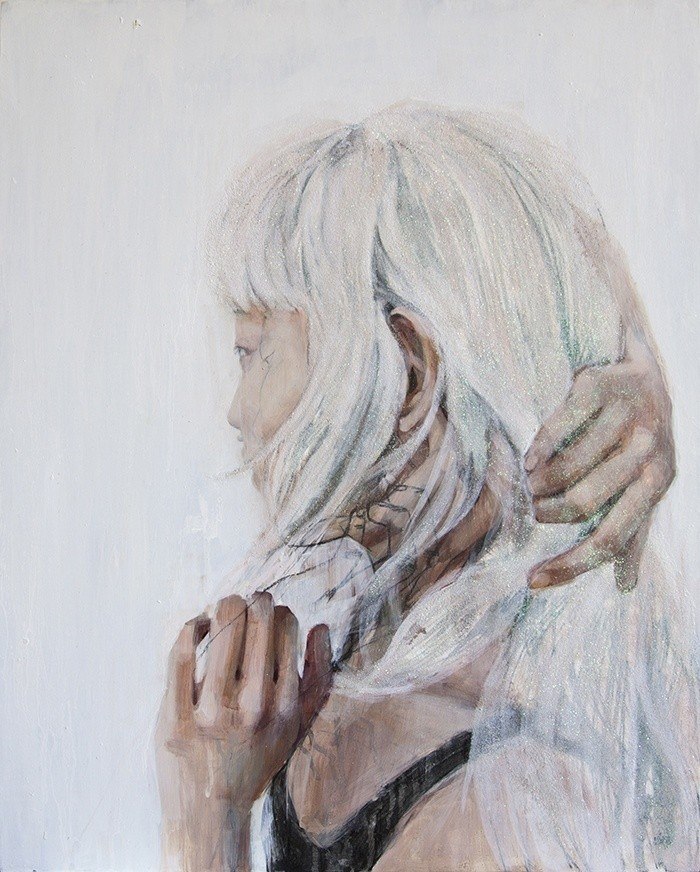 There’s a great venn diagram I saw once that had one circle labeled “absolute narcissism” and another that said “crippling self doubt”. The point of intersection was “art”. 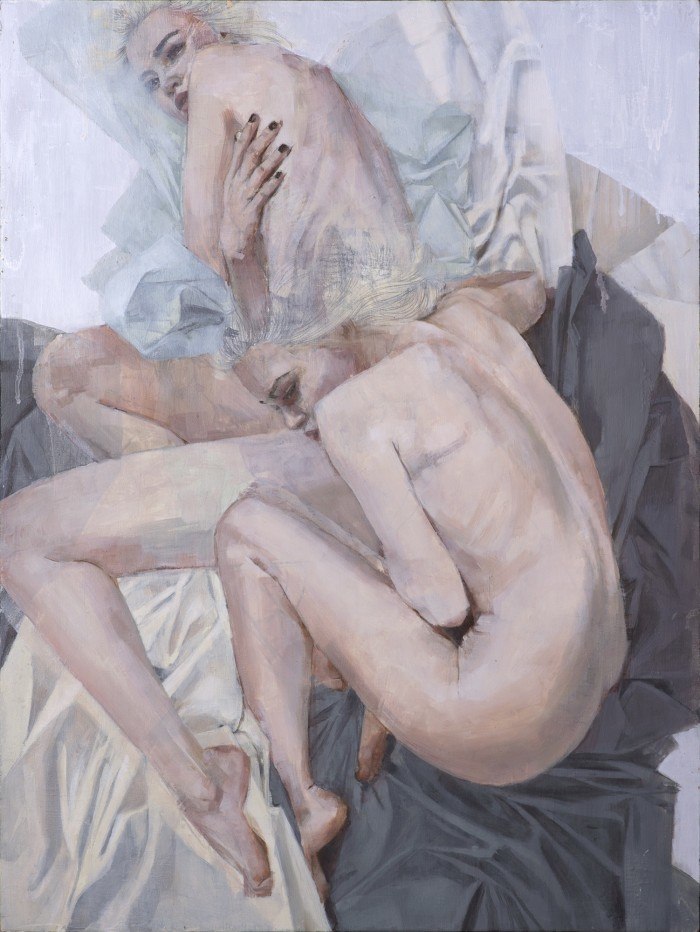 It’s similar to social media, where a projection of ourselves is public, but not many people see the setup that led to the end result. I am an acutely sensitive person and am easily affected by the things people say (I’ve cried because I overheard some neighbors having an argument) or do around me, sometimes I have to try very hard to block things out or I will end up depressed for days.

I would not wish this lifestyle on anyone, but I would not choose to live any other way. 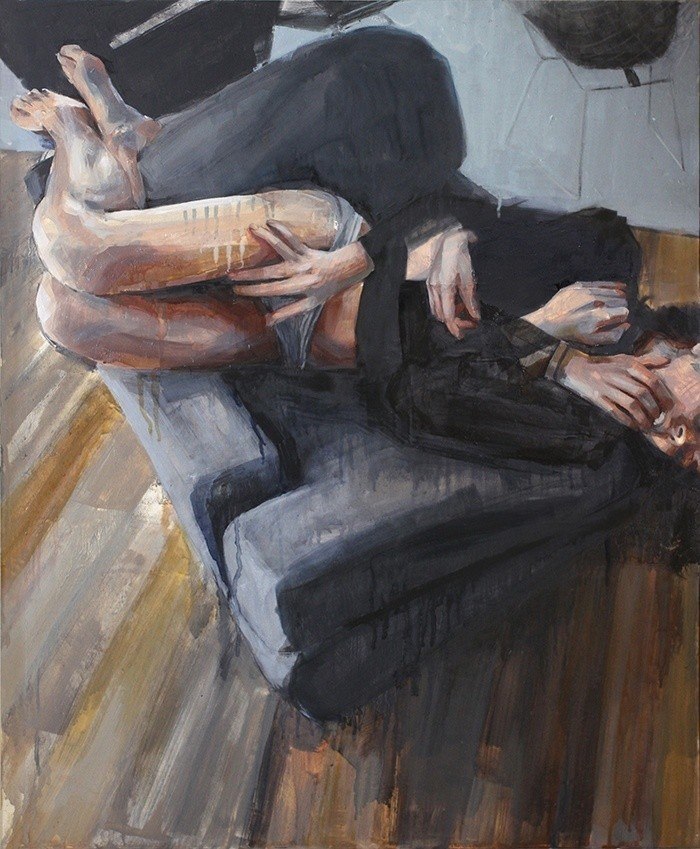 What is the inspiration behind the layering of images in your work?

I am interested in growth and change and see it as the only constant in life. To me, the layering are memories that were, have been or could have been; every decision resulting in moments we choose to give up. 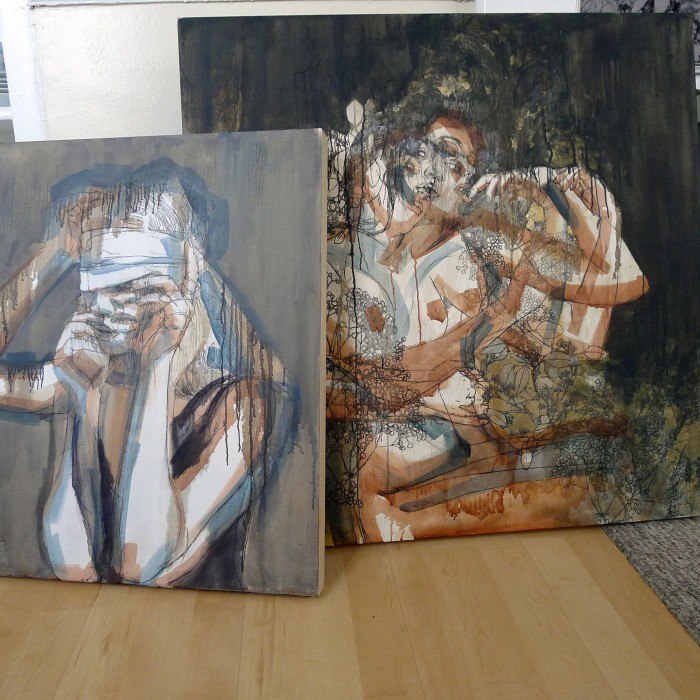 What has been your most significant achievement or proudest moment as an artist?

I can’t say what my most significant achievement is because I want it to forever be in the future, to constantly outdo myself. I feel an unparalleled amount of satisfaction when I have finished a body of work and see it as a whole, it’s like giving birth (though I’ve never given birth in the reproductive sense). 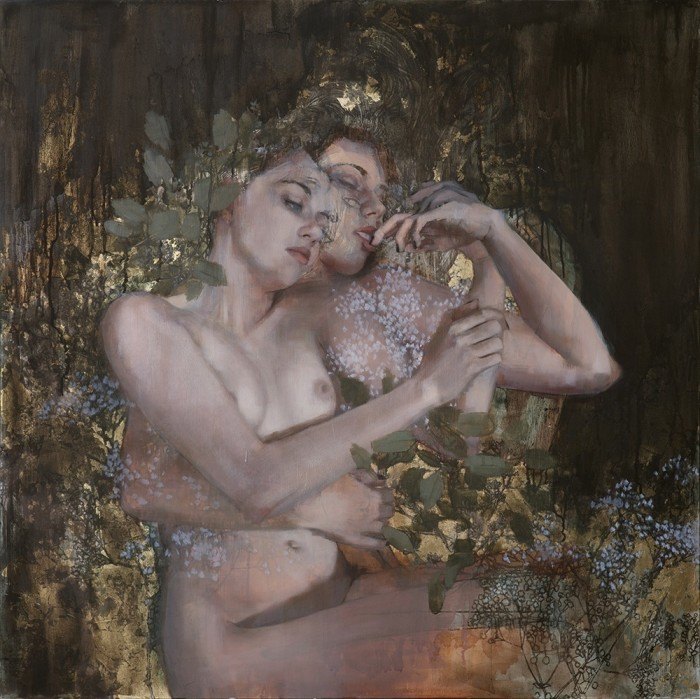 Have you got any other great passions besides art?

I love to clean and organize. I think the need to do so comes with my peculiarities I have about my physical space and how it reflects my mindset. If my home is cluttered and messy, I get a buzzing in my brain that seems almost physical. The messier it is, the louder it gets. 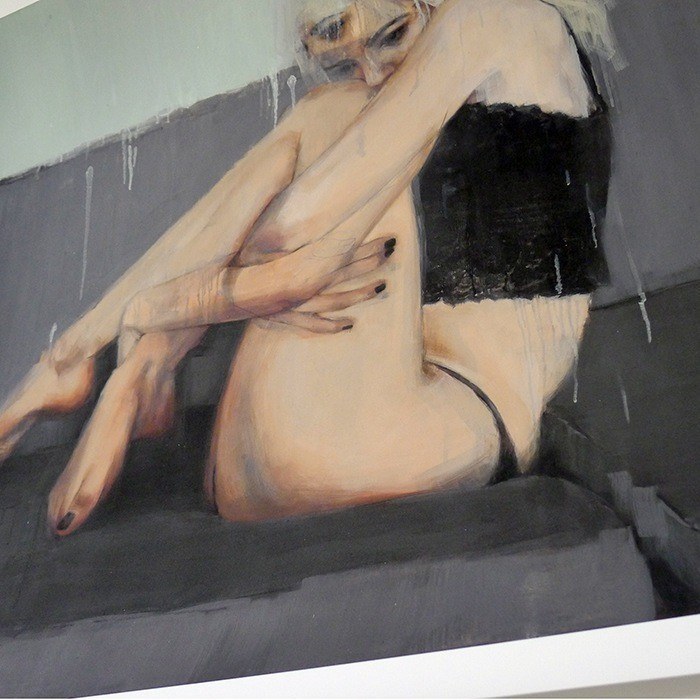 Who or what is your greatest inspiration?

In my work, my inspiration is pulled from memories and the way we remember. Emotional connections to certain events can color them to be quite different than how they are remembered by others. Sometimes I will think that I remember something, but it was actually a thing that I had dreamt. 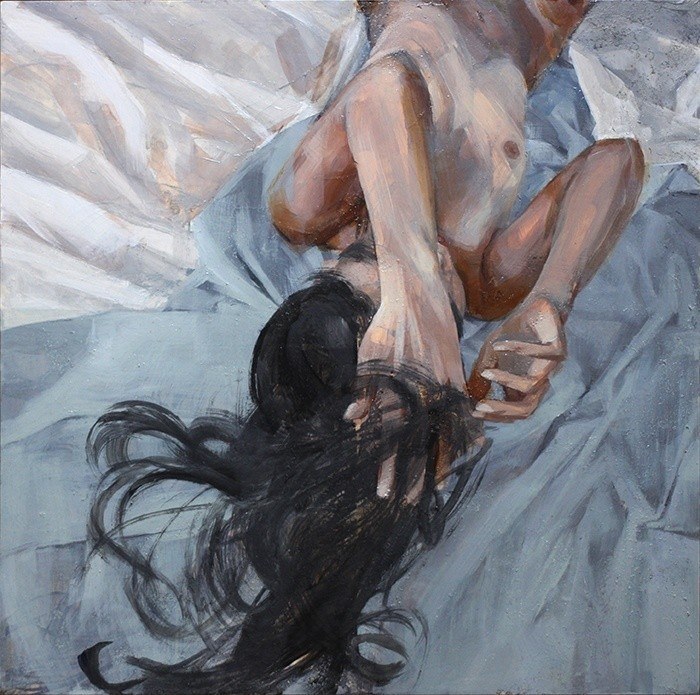 The different ways that things are remembered and relived are completely fascinating to me and I will continue to explore the ideas of it for the time being. 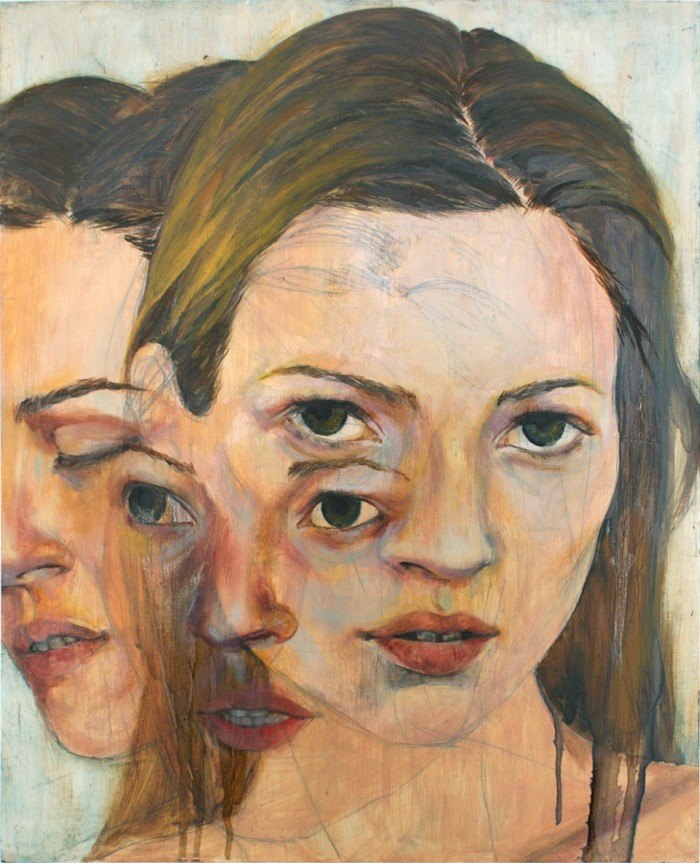 What is the greatest challenge you have faced in your life (whether related to art or not), and how has it impacted or changed your practice?

Communication has constantly been something I’ve struggled with. I don’t know if I’ve gotten better or worse at it (I’d like to think better) but it informs my practice and is probably why I am a visual artist rather than an orator. 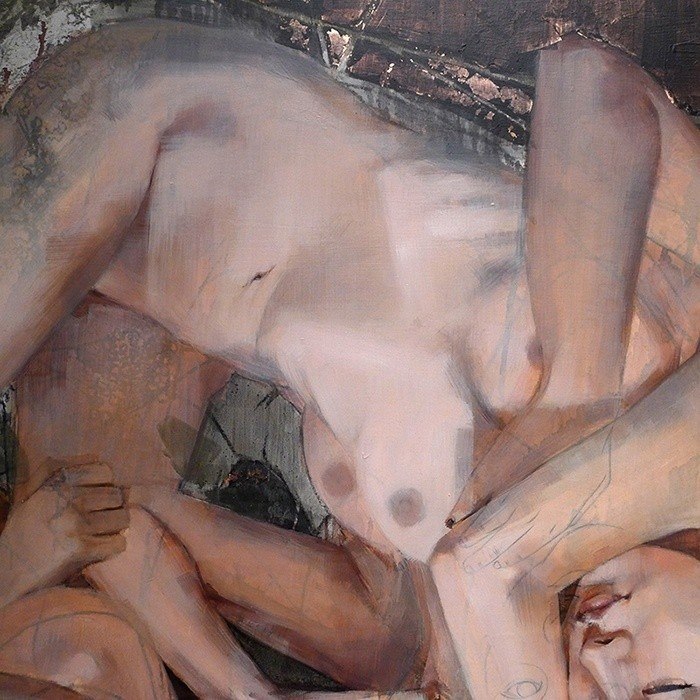 Where did you grow up? What was it like growing up as a creative person in your culture? How does it compare to other places you have practiced in or lived in?

I grew up in a Chinese-American household, and though my mother had studied and practiced fashion design before immigrating to the United States, the thought that I wanted to become an artist brought images of cold and starvation to my parents’ minds and no parent wants to see their child suffer. 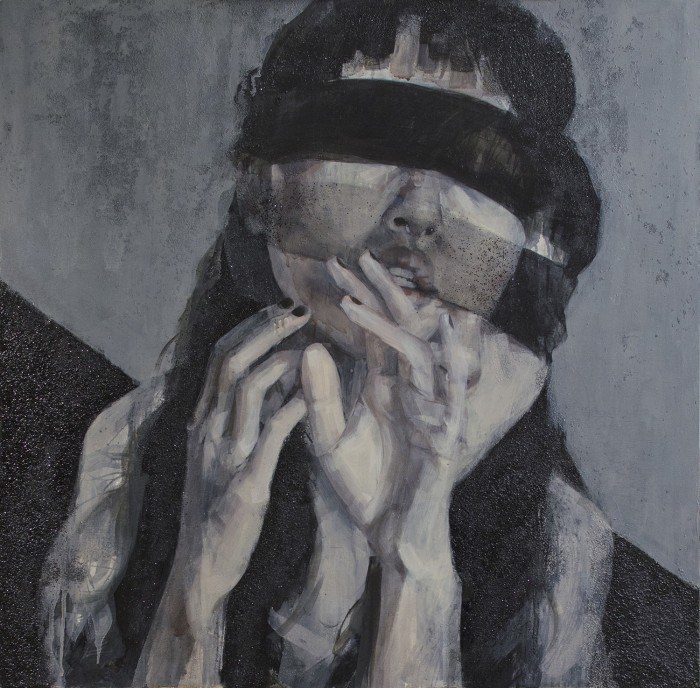 Historically, successful artists are celebrated because they are the ones who document and reflect the culture of their times. Presently, Chinese people (and many others) measure success through money. 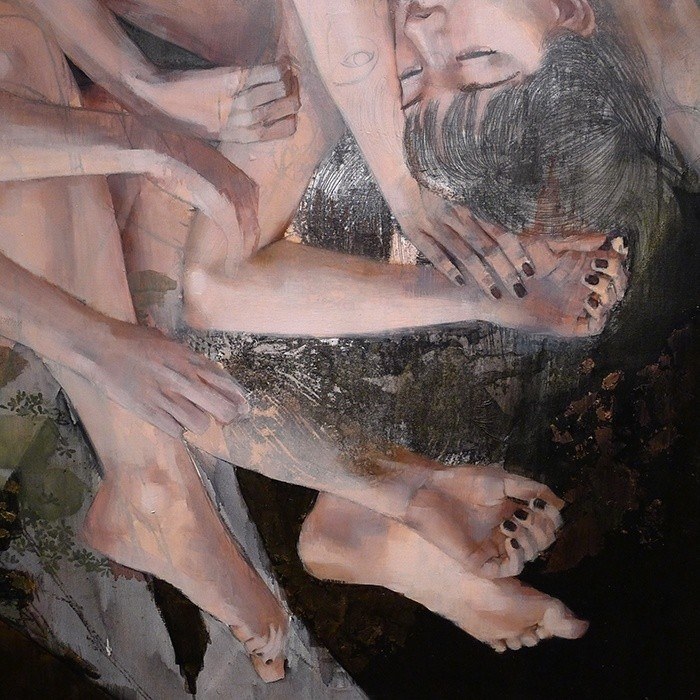 Stereotypically, many people who pursue art do not make very much money. It was somewhat of a challenge to convince my parents to allow me to pursue something that made me feel whole as a person, and I think they simply gave up on trying to tell me what to do because I will do what I want anyway.