Nature Lovers, These Giant Megaphones Amplify the Sounds of Forests

Nature Lovers, These Giant Megaphones Amplify the Sounds of Forests
The woods of Estonia now come with a set of big speakers.
Read More

If a tree falls in the forest does it make a sound? Well, if there’s a giant megaphone nearby, then you can bet that somebody is probably going to hear it.

Deep in the forests of Estonia sit several huge megaphones that look like they were discarded from some ancient giant record player. Made of beautifully finished wood, the giant horns sit in different directions, inviting curious nature lovers who happen to stumble upon the display to step inside. Their purpose? Amplify the sounds of the forest. Yes, it’s like the woods now have a surround sound system.

The art project was created by architects at the Estonian Academy of Art, and can be found nestled into the Pähni Nature Centre, near the border with Latvia. The three-metre diameter megaphones operate as a ‘bandstand’ for the forest, allowing the listener to hear even the smallest details from raindrops hitting branches to far away footsteps.

The project led by Hannes Praks didn’t start out as a way to build a stereo system in the forest, but morphed into that after a chance encounter with the search for a lost grandmother. The architecture students were sent into the forest to simply get closer to nature and find out what it really meant to “read the forest.” They soon noticed police helicopters circling overhead and learned that an elderly woman had gone missing in the woods while picking mushrooms. The grandmother later returned home safe and sound, but the incident sparked something in the students’ creativity.

Besides being incredibly cool to look at, the megaphones also serve as temporary shelters for hikers looking to escape a rainstorm, and during their unveiling musicians performed inside them. 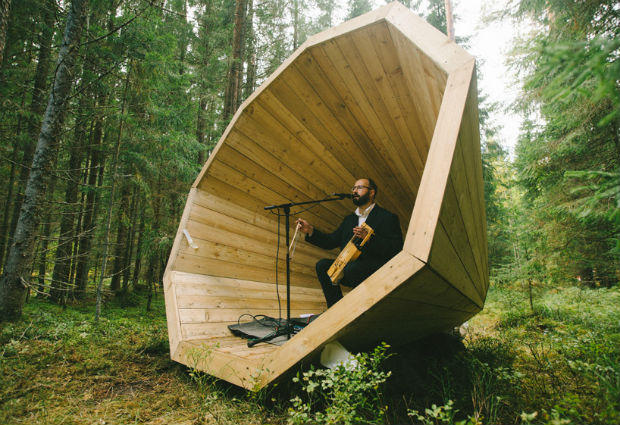 According to Valdur Mikita, a writer involved with the megaphone sculptures, “The trademark of Estonia is both the abundance of sounds in our forest as well as the silence there. In the megaphones, thoughts can be heard. It is a place for browsing the ‘book of nature,’ for listening to and reading the forest through sound.” 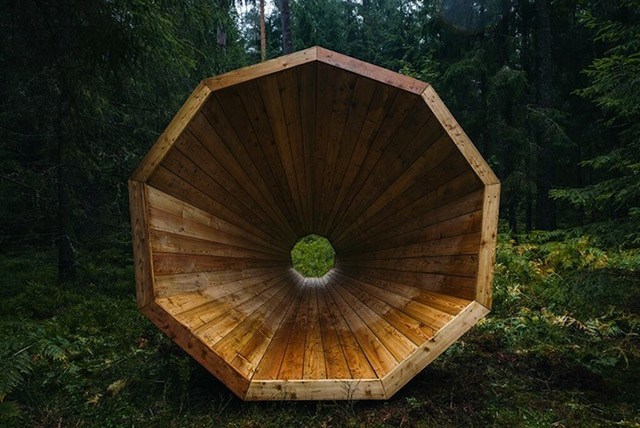 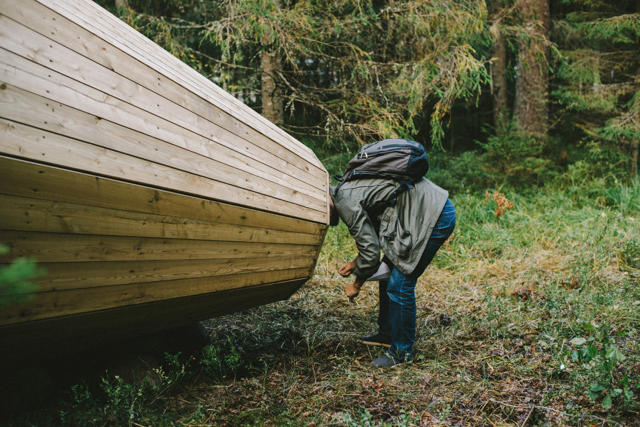