This Photographer Wants You to Dive Into His Ethereal Underwater Art

When artist and photographer Kim Keever grew tired of traditional painting methods, he began looking for ways to create interesting landscapes to shoot in the confines of his studio.

One day he decided to build a giant glass water tank atop his studio table, and soon discovered the decadent images of paint moving through water. We caught up with Kim for an insight into his mesmerizing photographs.

What different things have you experimented with water? Have any failed miserably or gone horribly wrong?

In the work I’m doing now, I’ve been using any colored materials that are water-soluble such as ink, house paint pigment, clothing dye and so on.

There has been three times where I’ve walked out of the house with the water running into the tank, and the tank overflowed and flooded the neighbors downstairs. 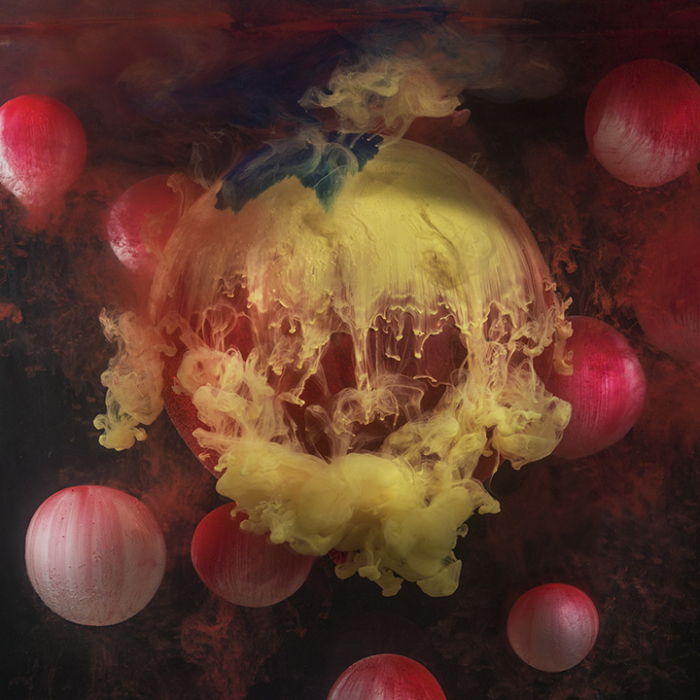 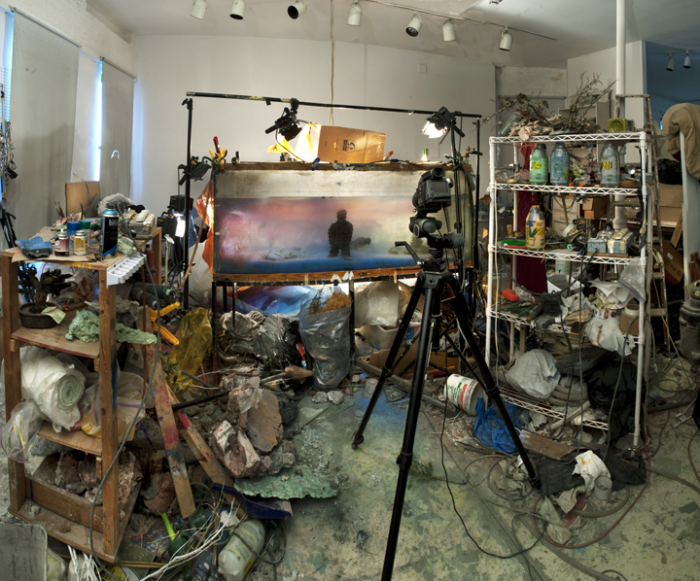 They were very forgiving the first couple of times, but the last time I had to pay for a new ceiling. When I went down to their apartment, I could see the water literally flowing down the walls and out of a light socket in the middle of the room.

Is there an overarching message or feeling you hope to give your audience with your work?

When I see a really good piece of artwork, I am mesmerized with its beauty or non-beauty. If I remain absorbed and think about it the next day, then I feel very privileged. If some people come to feel that way about my work, then I have served my purpose in life. 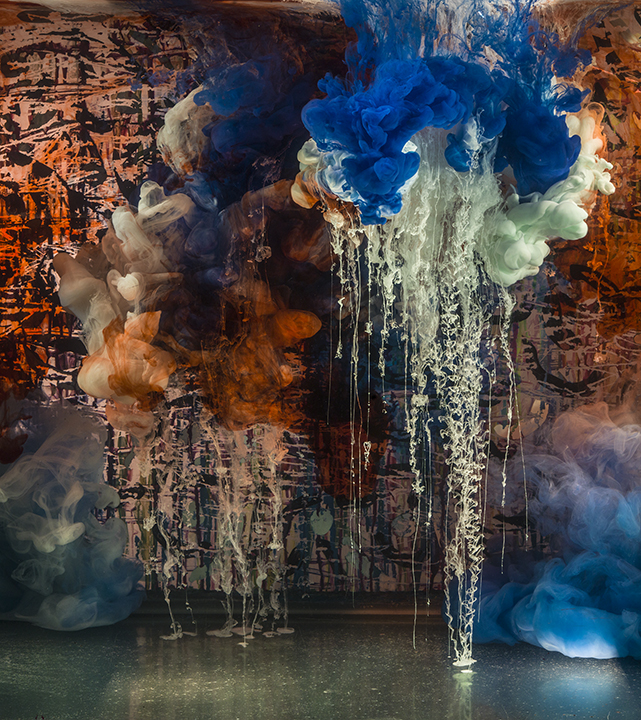 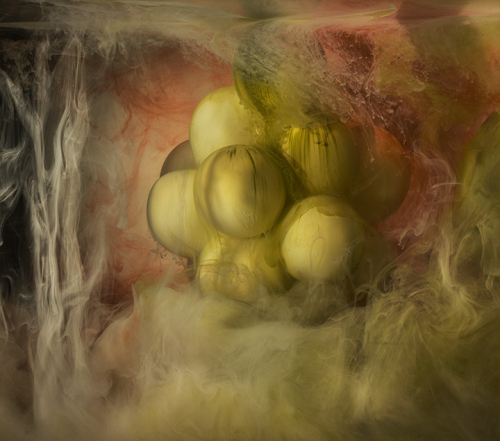 If you could go back in time to when you first began making art, and give yourself one piece of advice, what would it be?

I would advise myself to spend more time trying to promote my work. It’s a relative illness that most artists have. They spend so much time improving their work and making new work that they don’t really do much to get the work known. 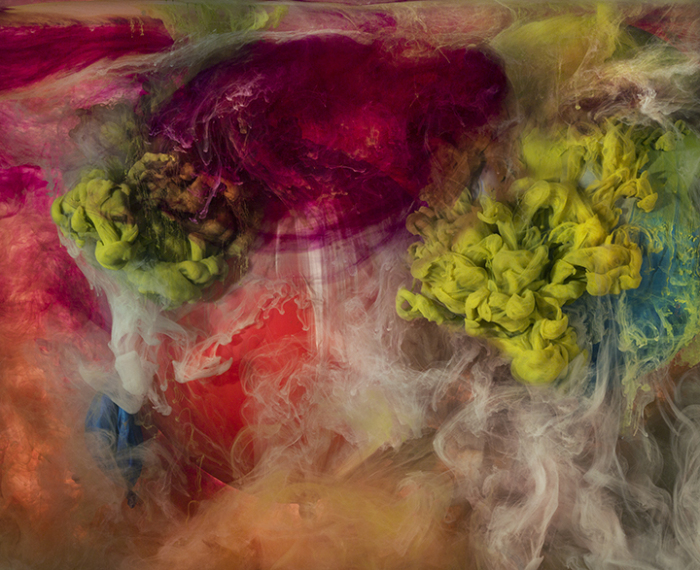 As for myself, I think the reason I have avoided promoting myself to a greater extent over the years has been that I have always felt like, “I’ll be making better work just around the corner. All I need is another set of images.”

Museums certainly inspire me. I generally go to one or two museums a week. The Metropolitan Museum of Art here in New York is certainly one of my favorites. No matter how many times I go, I never feel like I’ve seen everything. 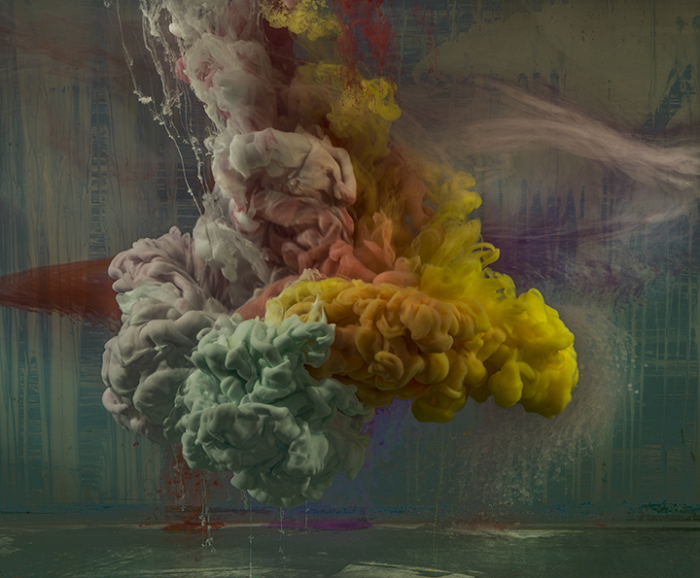 What are some of the challenges that arise in your process?

As I photograph the work while the paint is moving through the water, there really isn’t much time to think about what I’m trying to achieve. Sometimes I’ll see areas that seem to be developing in an interesting way and I’ll take more photographs. I generally take anywhere from 10 to 100.

What is the most challenging is going through all the images I’ve taken and choosing one or a few to work with from each session. 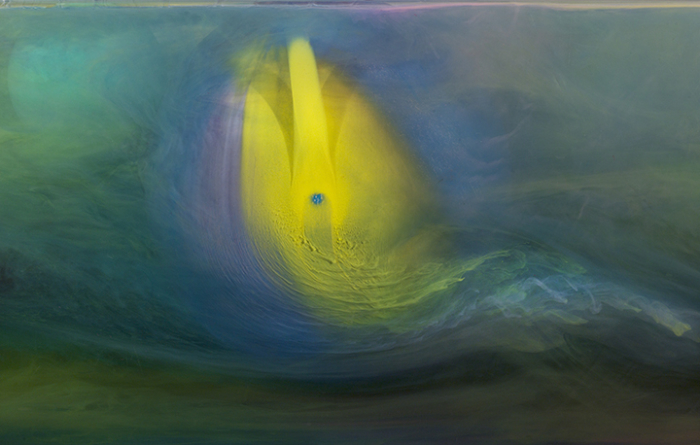 Could you walk us through the process of creating one of your pieces, from idea to completion?

We could use a balloon piece as an example. Once the tank is filled with clean water, the balloons that are already in the tank will tend to take their own positions. I might do some adjusting to make a more interesting composition. Then there is the pouring of the paint which is somewhat random in itself. I probably have 60 or 70 bottles on tables around the tank.

I try not to put too much thought into making perfect color arrangements. The colors rearrange themselves anyway. 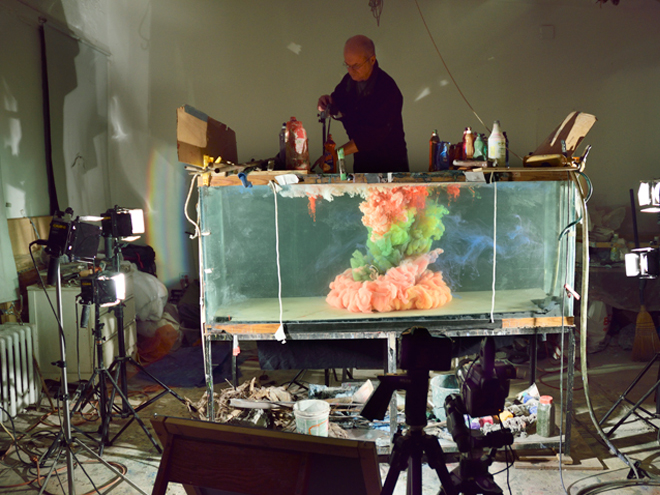 I just start pouring and shooting. This is the fun part and the easy part. Next, the files are brought into Photoshop to make choices as to which ones might be interesting. After making that selection, I do a certain amount of cropping and enhancing.

After that it generally takes weeks to reach decisions as to which of these images are presentable or perhaps, very interesting. 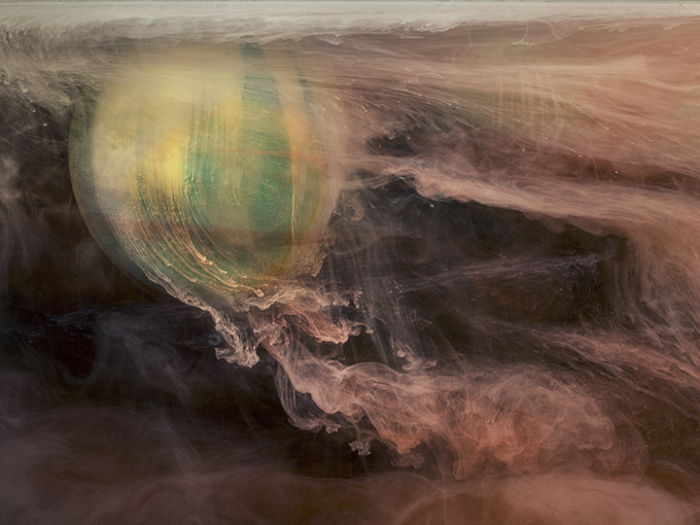 Which has been your most significant moment as an artist?

That’s an easy one. I would have to say it would be when I discovered the beautiful randomness of how paint moves through water. It totally changed my way of thinking about art along with my process.

What’s your greatest dream as an artist?

It’s more about continuing to make art as long as I can. I’ve thought about it for a long time and I recently came across a quote from the 19th century Japanese artist Hokusai, that says:

”From around the age of six, I had the habit of sketching from life. I became an artist, and from fifty on began producing works that won some reputation, but nothing I did before the age of seventy was worthy of attention. At seventy-three, I began to grasp the structures of birds and beasts, insects and fish, and of the way plants grow. If I go on trying, I will surely understand them still better by the time I am eighty-six, so that by ninety I will have penetrated to their essential nature. At one hundred, I may well have a positively divine understanding of them, while at one hundred and thirty, forty, or more I will have reached the stage where every dot and every stroke I paint will be alive. May Heaven, that grants long life, give me the chance to prove that this is no lie.”

I certainly couldn’t say it any better. 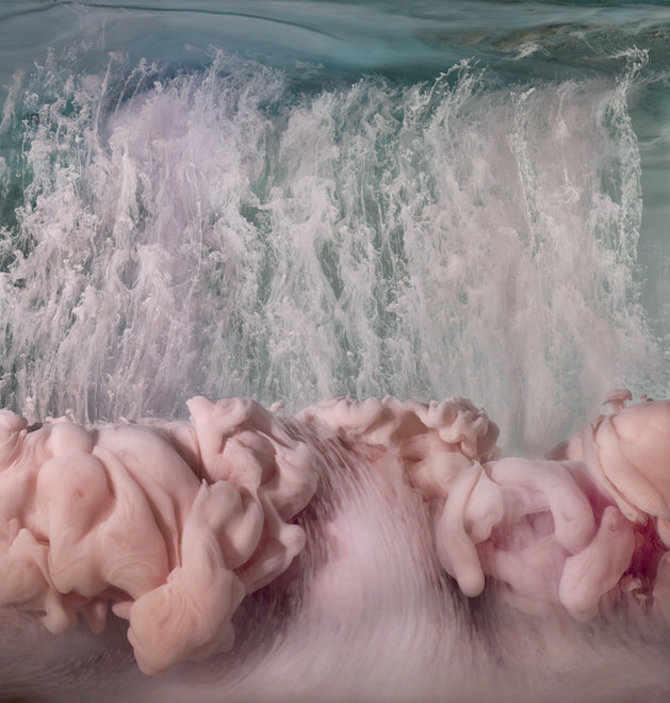