This Mom’s Awesome Invention is a Revolution in Premature Baby Care
Who knew a glove could do such wonders when Mom isn't here.
Read More

Admission rates to Neonatal Intensive Care Units (NICU) are increasing across the United States, according to a study published last year. The reasons and implications behind those increased rates are yet to be determined. But one thing is clear: more admissions to NICUs means more infants spending more time in hospital, away from their parents. That separation can be incredibly tough on parents and infants.

Yamile Jackson was faced with this situation in 2001 after her son, Zachary, was born 12 weeks before his due date. Zachary weighed just two pounds at birth and would go on to spend over five months in the NICU. During that time, Yamile was able to spend time with her son during the day, but had to leave him in the hospital every night.

“Leaving the hospital without your newborn is very difficult,” Yamile said. “I couldn’t imagine having my life without touching him.”

She thought the separation must have been tough on Zachary too, and wondered if there was a way to make it easier for him. So Yamile, who has a PHD in Ergonomics Engineering, set about making what would become the prototype “Zaky” – a simple, bean-filled gardening glove to make Zachary feel his mom’s touch even when she wasn’t around. Yamile held the glove close to her during the day so that it absorbed her scent, and nestled it against Zachary every night before she went home. She hoped that by mimicking the warmth, scent and shape of his mother’s arms, the glove would bring some reassurance to Zachary. And she was right. The nurses in the NICU noticed that Zachary seemed to take comfort in his mom’s creation, and a few weeks after Zachary was discharged, one of the nurses asked Yamile to make gloves for the rest of the infants in that unit.

Fifteen years later, Yamile and her company, Nurtured by Design, have won a list of awards for entrepreneurship and design and are producing Zakys to comfort infants when they can’t be held. Zakys are now being used for preemie and full-term babies in NICUs, child care facility and home care. 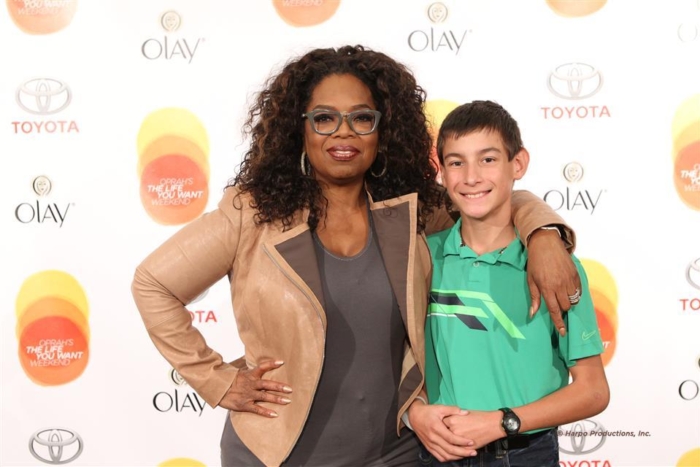 Zachary Jackson and Oprah Winfrey at the 2014 Toyota Standing O-Vation awards, where Nurture by Design was awarded a $25,000 grant to continue its work.

And the Zaky provides more than just comfort; it actually provides some serious clinical benefit, particularly for premature babies.

Babies born prematurely are more prone to what premature parents know all-to-well as the “As and Bs” – apnea and bradycardia. Apnea refers to episodes in which the infant stops breathing for more than 20 seconds and it’s often followed by bradycardia, which is a decreased heart rate. The As and Bs can be very dangerous and can interfere with the infants’ sleep and development. 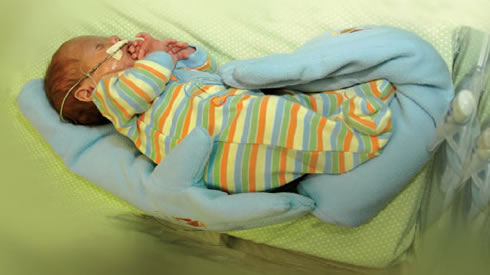 As well as providing comfort, the weight and structure of the Zaky means it can be used to support developmental body positioning of the infant. It turns out this comfort and correct posturing can have a huge impact on reducing the infant’s risks of the As and Bs. A study published in the Newborn and Infant Nursing Review last year showed that infants with a maternally-scented Zaky were significantly better able to self-regulate their breathing and were less likely to experience episodes of apnea. That can have a huge impact on the infant’s development.

This simple creation, spurred by a mother’s own experience, is changing the care of infants in NICUs and proves that sometimes, mom does know best.