Researchers in Sweden are currently trialing a breakthrough prosthesis that allows amputees to experience sensation in their artificial limb.

Max Ortiz Catalán is a doctor in biomedical engineering and one of the brains behind the new technology. He says the technology is important for two reasons: firstly, a unique method in which the prosthetic is attached to the patient, and secondly a biologically integrated sensory system that allows the patient to experience sensation.

“Today, no other prosthesis given to any patient used in the real world provides any tactile feedback,” according to Ortiz Catalán.

Usually a prosthesis is attached by placing the artificial limb tightly around the amputee’s stump, creating enough tension to keep the prosthesis in place.  “It feels like having shoes half a size to small, which is not comfortable,” according to Ortiz Catalán. The traditional method can also limit mobility of an amputee’s functional joints. To improve the comfort and functionality of the prosthesis, Ortiz Catalán and his team used ‘osseointegration,’ attaching the artificial limb directly to the bone so the bone cells grow around it. The limb then becomes an almost seamless extension of the human body.

About 400 people worldwide have received a prosthetic using the osseointegration method, but only two patients have also been implanted with the research team’s breakthrough sensory system.

Amazingly, Ortiz Catalán said the neural pathways through which signals of sensation travel from the limb to the brain are still open after amputation – which explains how amputees can suffer phantom limb pain. 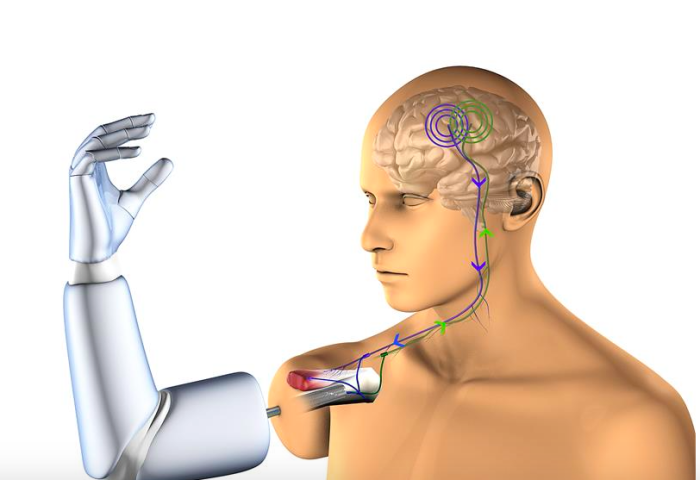 Magnus is one of the patients currently using this new prosthetic. He lost his arm above the elbow in 2004 as a result of a cancerous tumor. He received his prosthetic in 2013 and since then he has been able to “feel” his artificial arm and execute very precise movements. The technology has enabled him to manipulate keys to unlock a door, pick up an egg without breaking it and return to full time work as a heavy machinery operator. 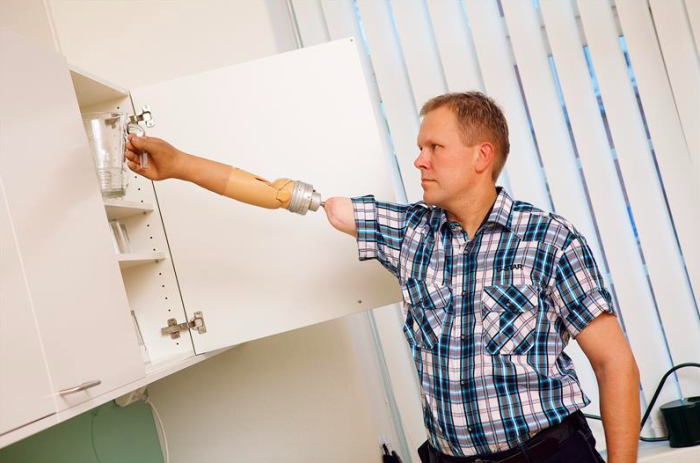 “This technology has allowed us to truly integrate biology and mechatronics,” Ortiz Catalán said. “This is the first time that the man and the machine have such an intimate connection at many different levels. The artificial arm is directly connected to the skeleton and the human control system that is nerves and muscle also have a connection with an artificial device. How cool is that?”

But Ortiz Catalán said the most exciting developments are yet to come. He is confident this technology will open doors to new advancements that haven’t even been imagined yet. He also hopes the new technology will be rolled out as standard treatment for amputees, to allow all patients the highest level of functionality and enjoyment in every day life.