Psychogeographies: the 3D Human Collages of Dustin Yellin
These crazy 'window sandwiches' are made of cut up books, magazines, journals and encyclopedias.
Read More

Dustin Yellin is an American visual artist who has been making ‘boxes’ – as he likes to call them – for most of his life. ‘Psychogeographies’, a body of work whose creation has spanned over 6 years, is one of Dustin’s that has attracted international attention and praise. It can be described as a catalogue of a hundred ‘3,000-pound human microscope slides’. 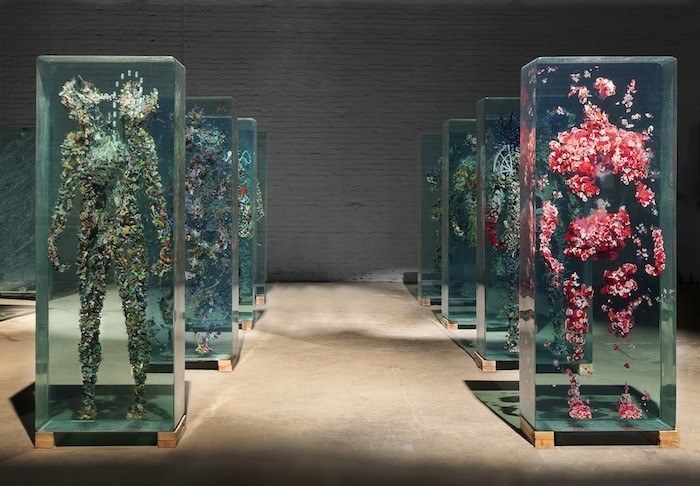 Each one is a an archive of our culture, constructed with the ripped up and discarded media and matter of our time. He then arranges them between sheets of glass that are layered on top of each other. 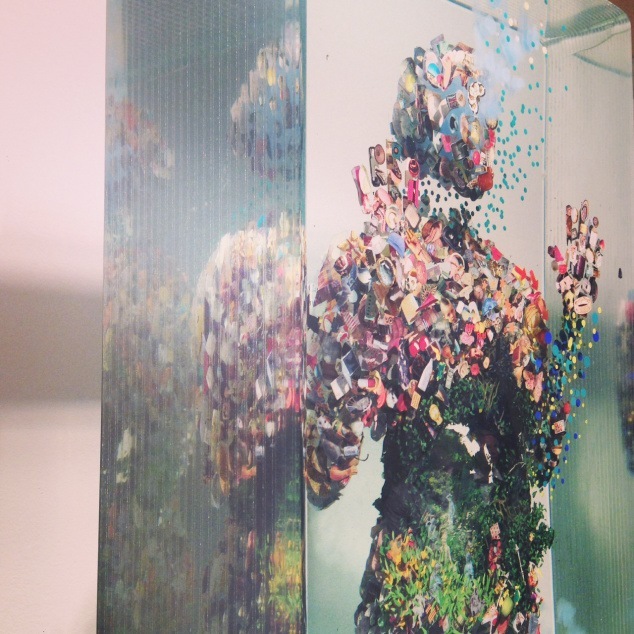 “The humans are made of cut up books, magazines, encyclopedias, art history books and trash I find on the streets. So it’s all sort of born out of accidents.” 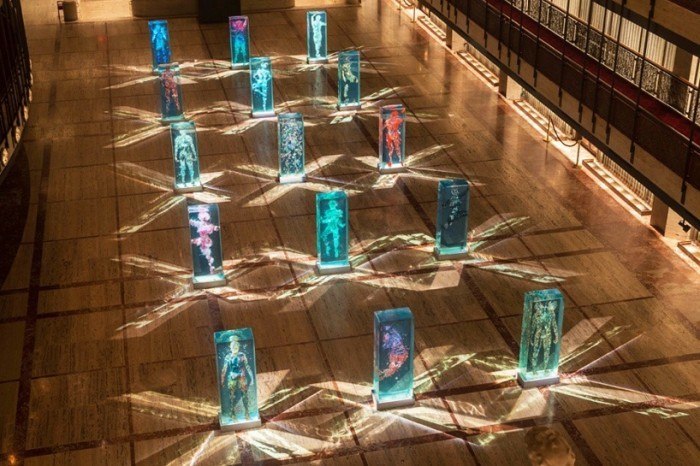 ‘Psychographies’ is an incredible body of work, but only one of many along Dustin Yellin’s artistic journey. He began making boxes at the age of 8, burying makeshift time capsules with the idea that aliens would discover them and learn how we exchange ideas.

He then began using resin to immortalise strange compositions inside small boxes. Electronics, insects, bottles, and anything else he could find. His obsession lay with finding relationships between found objects and learning to tell stories with them.

After learning that he could use the layers of resin to draw upon and create pictures in space, he began making ‘a taxonomy of invented objects’, like the ones below. 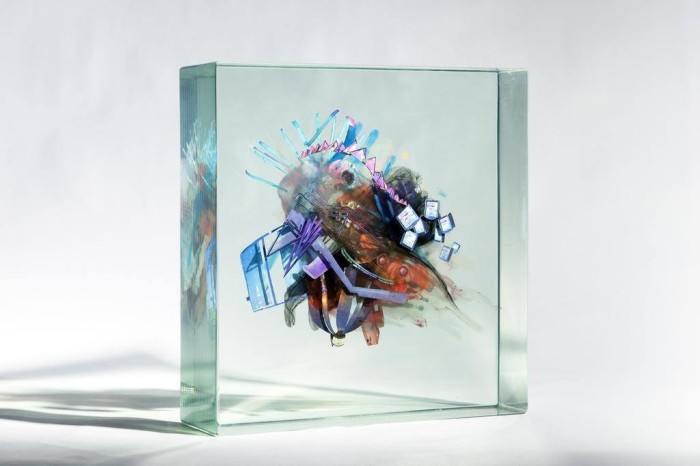 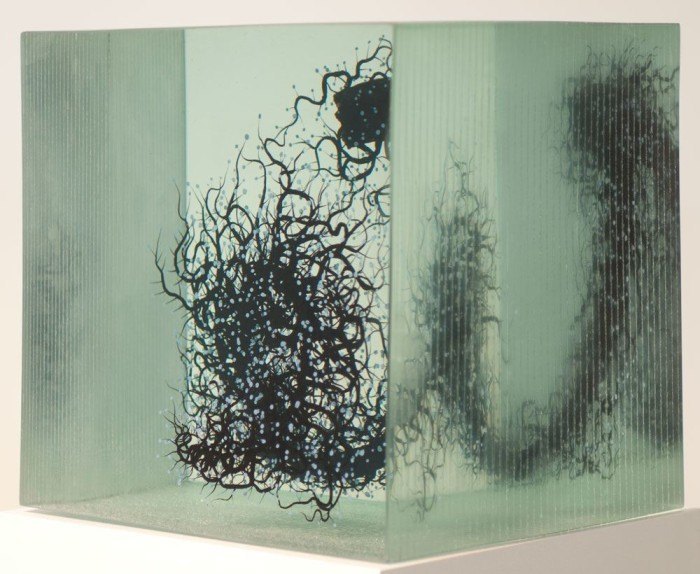 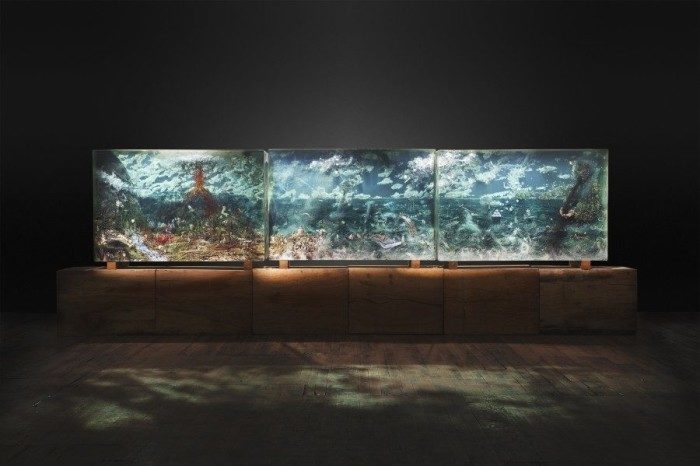 The incredible scene has many different and hidden narratives within it, including mythical creatures commiting mass suicide. 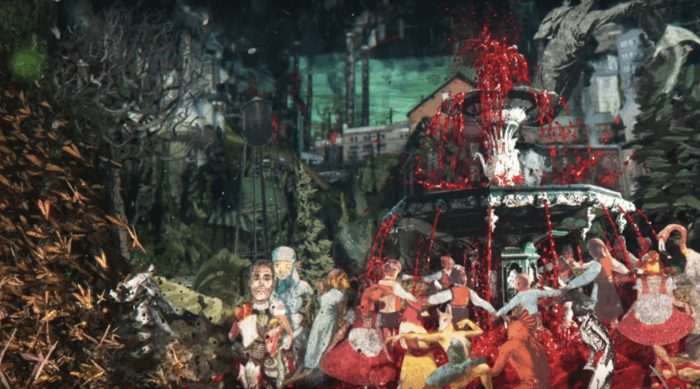 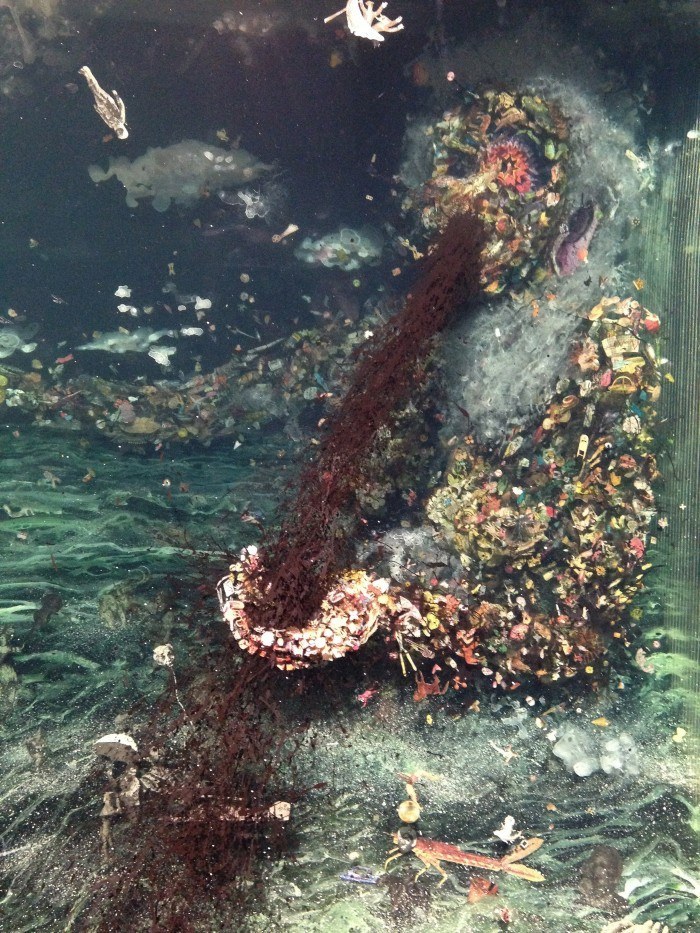 The structure includes a goddess of the ocean spitting oil and throwing clouds into the sky, with a serpent tail terminating in a giant cyclops eye ball, crafted from 1986 collection cards. 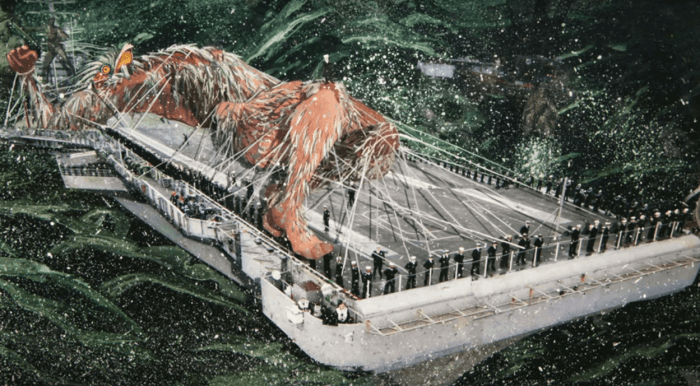 It also includes a ‘bird god’ strapped to a ship, all crafted out of collected and collaged media.

His latest ‘box’ is called Pioneer Works. It’s a building that Dustin has purchased as a combined workspace to host different disciplines.

The building hosts a physicist, a neuroscientist, a painter, a musician, a writer, a radio station, a museum, a school, a publishing sector, a garden and more. The purpose of this is to encourage the cross-pollination of ideas. 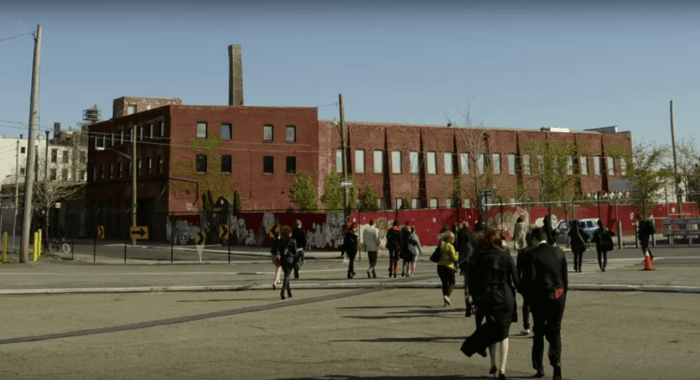 “We shake this box up and all these people kind of start hitting each other like particles, and I think that’s the way you change the world. You sort of redefine your insides and the box that you’re living in.” 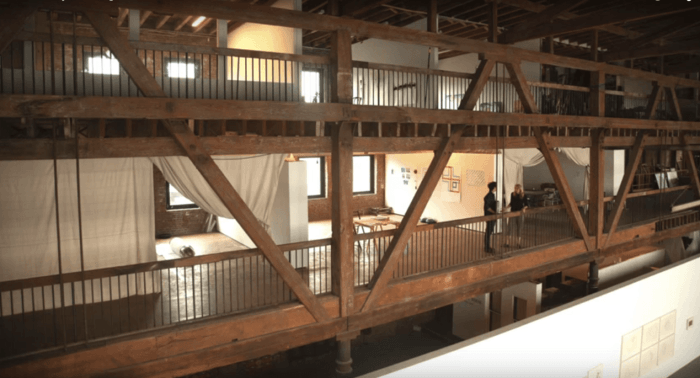 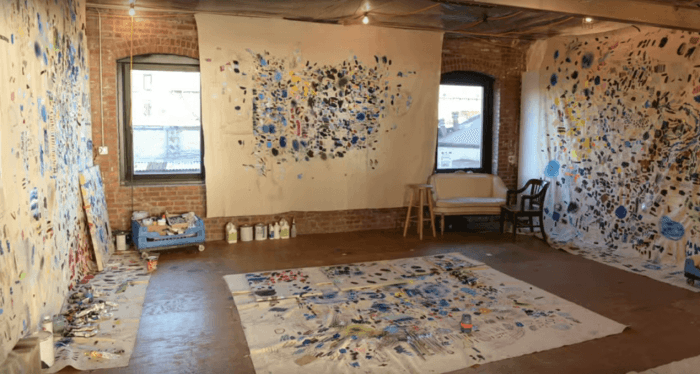 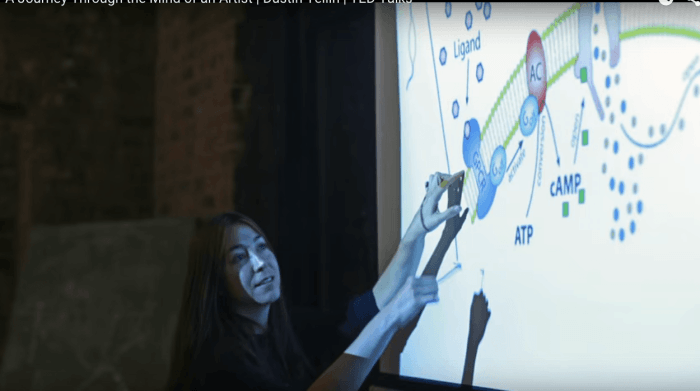 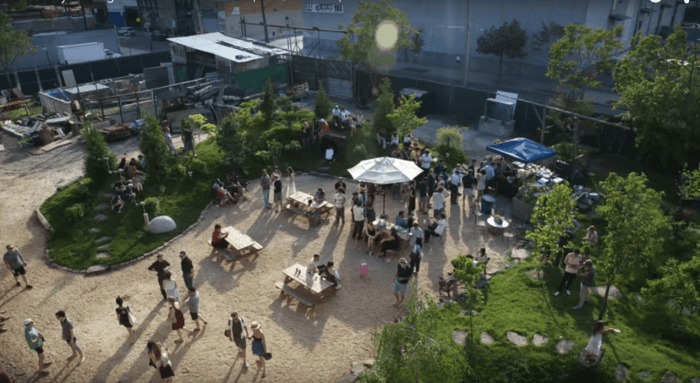 It’s almost like Pioneer Works is a giant and real-time collage of ideas. We can’t wait to see this next step in Dustin’s journey.

Watch his TED Talk at www.ted.com