International Street Artists Send a Major SOS About the State of our Seas
The Sea Walls - Murals For Oceans festival just gathered 30 of the best street artists in the world to raise awareness about our sea resources.
Read More

“By 2050 our oceans will be commercially extinct if we don’t change now. Life on the land exists only because of life in the ocean. We are going to war in a sense, and your paintbrushes and cans are your weapons.”

These were the words spoken by Tre Packard to a selected crowd of the world’s top contemporary artists who gathered in a warehouse in the back streets of Napier, a small seaport city on the north island of New Zealand last week. Tre is the founder and director of Pangeaseed Foundation, a non-profit organization that harnesses the power of art to raise awareness of and instigate change relating to pressing environmental issues. 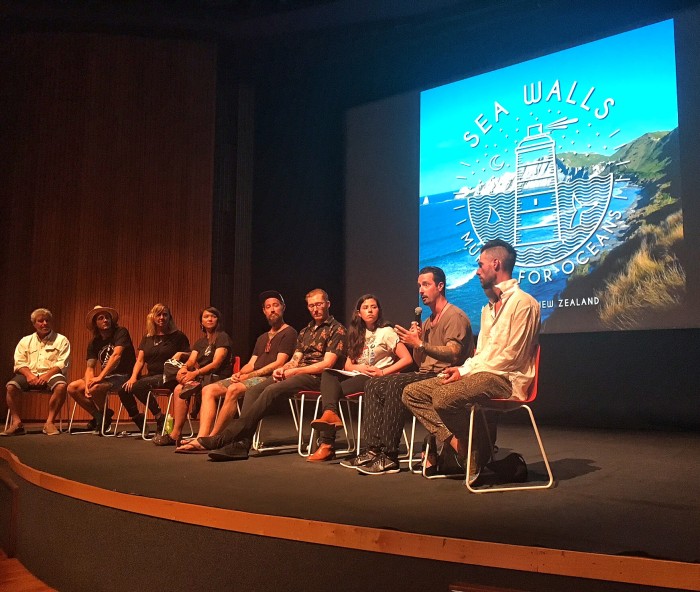 It was the first morning of Sea Walls – Murals For Oceans Festival, a 10-day activation of art, education and targeted discussion surrounding the dire state of the earth’s marine ecosystems. An impressive bill of 30 street artists, all of which had donated their time in support for the cause, were asked to create 30 vibrant murals throughout the city. It was an effort set to both beautify the streets of Napier, and rattle the cages of local and global communities with an urgent call to action. But the murals being painted were only the tip of the iceberg.

“It’s planting the seed. These artists go off and become ambassadors for what we are doing, and the people that are following the projects too.  What we are doing is creating a ripple effect”- Tre Packard, founder of Pangeaseed Foundation and Sea Walls.

As paint buckets, rollers, ladders and spray cans were distributed amongst local and international artists from South Africa, Canada, Australia, Japan and the USA, passionate exchanges of ideas surrounding the issue that each had chosen to address through their art could be heard as a fervent rumble. 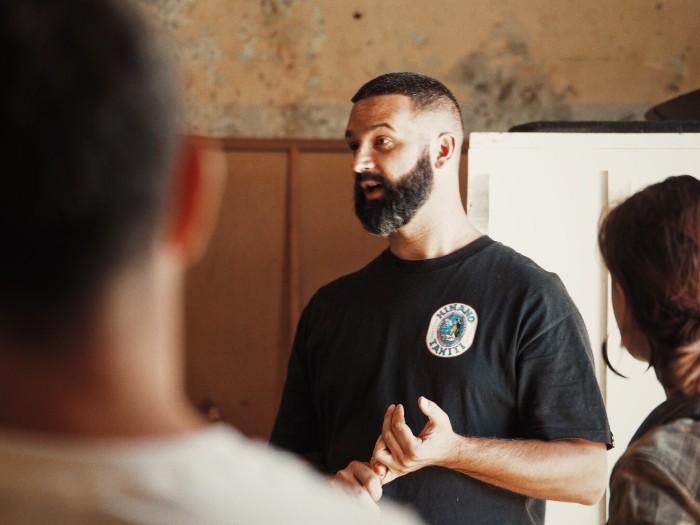 Ocean acidification, plastics pollution, habitat destruction, sea level rise and overfishing were some of the topics at the forefront of the festival. Sadly, it’s estimated that by mid-century the amount of plastic in our oceans will outweigh fish, leading to all of the disastrous ecological consequences you might imagine. Through raising awareness on these issues, Pangeaseed aims to empower people to become agents of change. 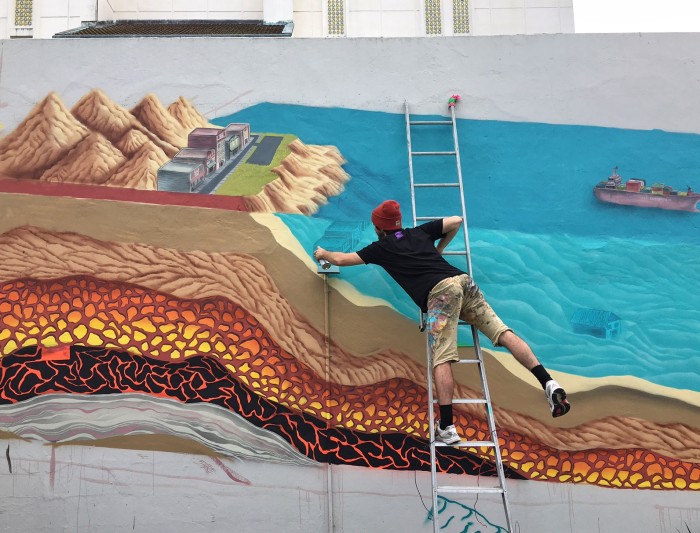 Connecting with the local community

An emphasis was also placed on connecting with the indigenous Maori community, who has called New Zealand home for approximately a thousand years.

“We all have a role to play as guardians of this earth, especially for Maori people when it comes to Aotearoa we have a huge role to look after this land” – Charles and Janine Williams, contributing artists and members of the Maori community.

Sea Walls became a cultural exchange, the Maori people sharing their perspective and traditions through educational excursions and rare opportunities to attend ceremonies leading up to the 5 days when the artists would take the streets.

“The reason behind that is to shine a light on the traditional ways of doing things, a lot of which are around respecting the environment. Most indigenous cultures are in check with that, but somehow pretty much everybody else has some how fallen out of sync”– Cinzah Merkens, contributing artist and New Zealand Coordinator for Pangeaseed Foundation 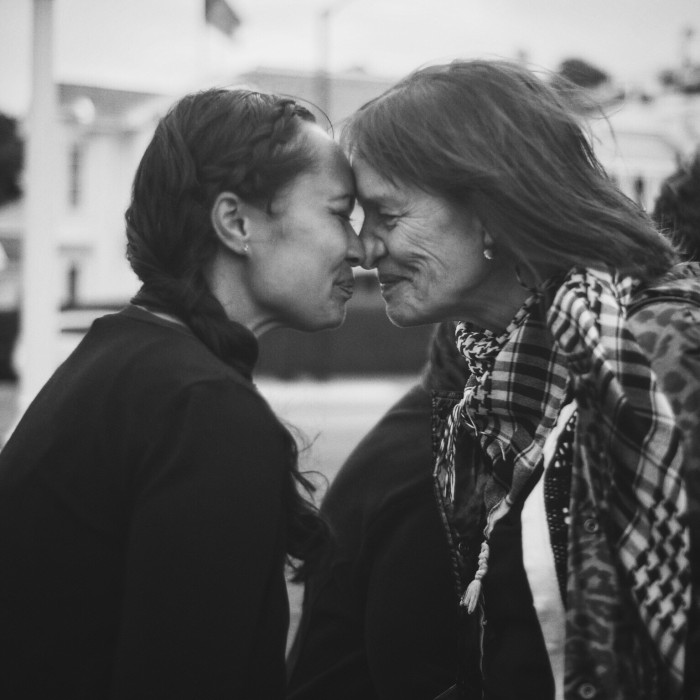 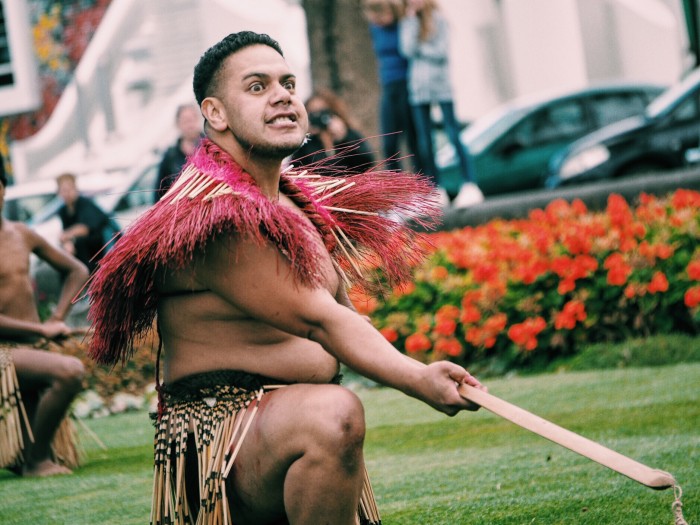 Armed with expanded perspectives, increased awareness and a deeper connection to the community and land that was hosting them, artists such as Two One (Japan), Faith47 (South Africa), Phibs (Australia), and Lauren YS (USA) covered huge walls throughout town with imagery that attracted the attention of, and stimulated conversation amongst the local council and Napier’s wider community.

“What you are leaving with us is part of a bigger picture. It would be hard to find anybody that didn’t confer with the messages that you are sending. We (the community of Napier) have been locked in a paradigm. It looks clean and tidy here, but there is mess. It’s like you (Pangeaseed) have cracked the atom here. It’s a big thing” – Jacob Scott, local community member, artist and architect. 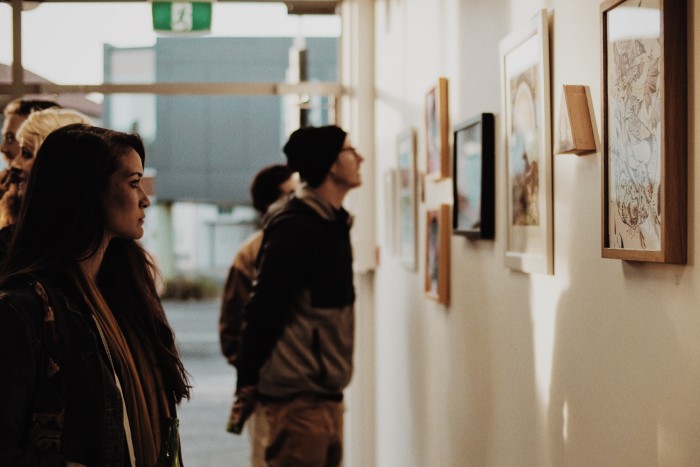 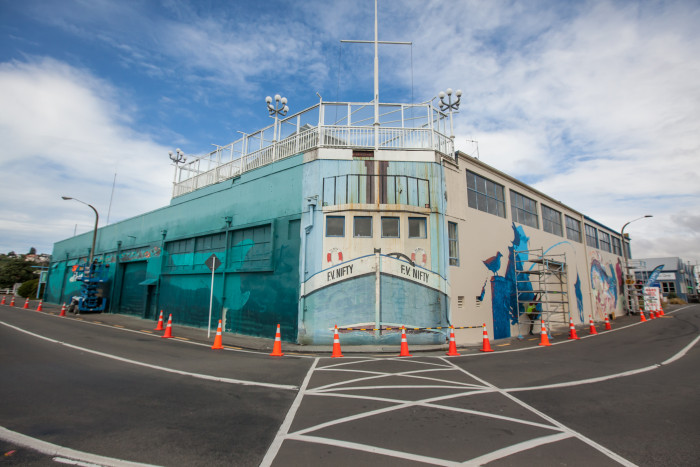 How it all began

The New Zealand leg of Sea Walls was the latest in a series of mural projects produced by Pangeaseed across the globe over the past 3 years.

The idea was first hatched in 2011 in Sri Lanka, where artist Celeste Byers (USA) and Pangeaseed’s creative director Aaron Glasson collaborated on a mural addressing Manta Ray overharvesting in that area.

The public’s reaction to the piece was the first in a sequence of powerfully motivating moments that have helped spur the growth of Sea Walls to where it is today. In 2014, the first Sea Walls festival took place in Isla Mujeres, Mexico. The festival attracted significant international press attention, being covered by the New York Times and Huffington Post. The exposure they obtained through the festival and working with the government directly, caused better protection laws and tourism regulations to be created for the species that were featured in their murals.

Since then, the Sea Walls have grown into a global movement, surfacing in Miami, San Diego, China, Taiwan, Hawaii, Vietnam and Canada. And it’s a movement that’s gaining some serious momentum. 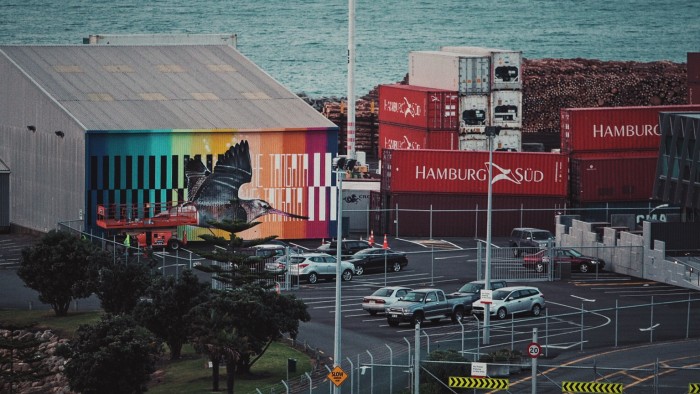 Artwork by Charles and Janine Williams, Image by Yoshi Yanagita

“It’s a perfect storm of abuse on eco systems around the world right now. It’s like if you look at a brick wall, and start pulling single bricks out, eventually that wall will crumble. That’s the situation that we have right now. The science is there. The governments and corporations are aware of it but nobody is making the changes. Some people are, but it’s not happening fast enough” -Tre Packard, founder of Pangeaseed Foundation.

Some sobering facts and statistics relating to the state of our earth today: 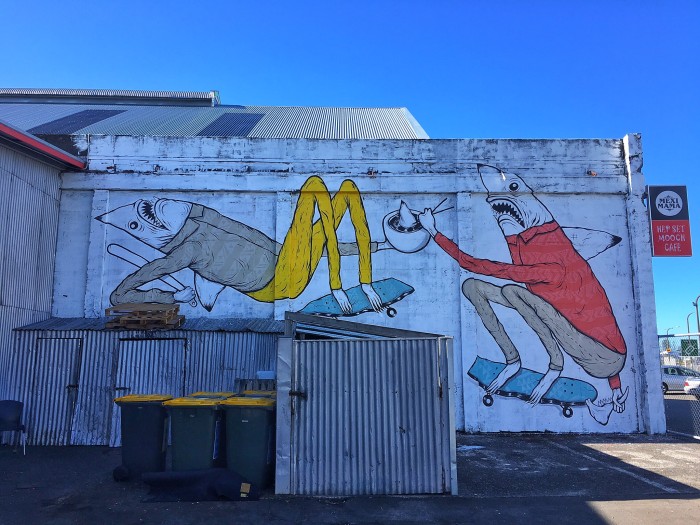 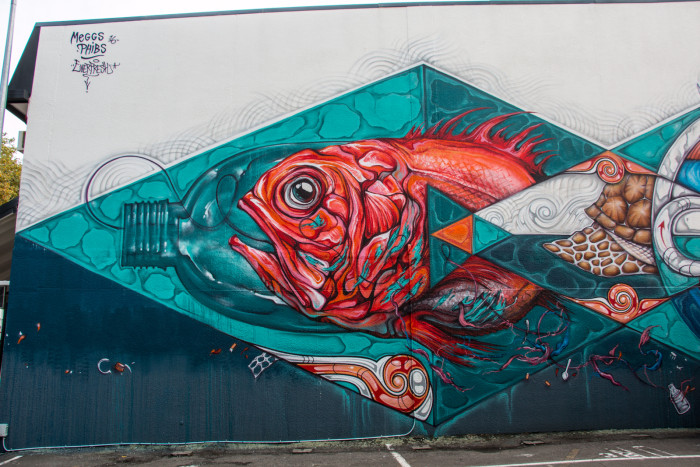 Artwork by Meggs and Phibs, Image by Instagrafite

“The thing is that from the surface the ocean looks the same. It could be empty of fish and completely desolate and it would look exactly the same from the surface. So unless you show people these things and acknowledge what’s going on, a lot of people just have no idea”– Cinzah Merkens , contributing artist

Days into this year’s New Zealand activation, artist Lauren YS (USA) was painting a mural addressing the culling of endangered sharks for their fins. As Packard and Buzzworthy’s representative Jess Bush were leaving a local restaurant next door, they came across a truck loaded with the bodies of over 500 endangered school sharks with their fins and heads removed. The footage obtained by Pangeaseed at the site sparked public attention, and investigations into the fishing practices of the local seafood company responsible. It was a sobering glimpse into the the reality of the abuse occurring around the world on a daily basis. 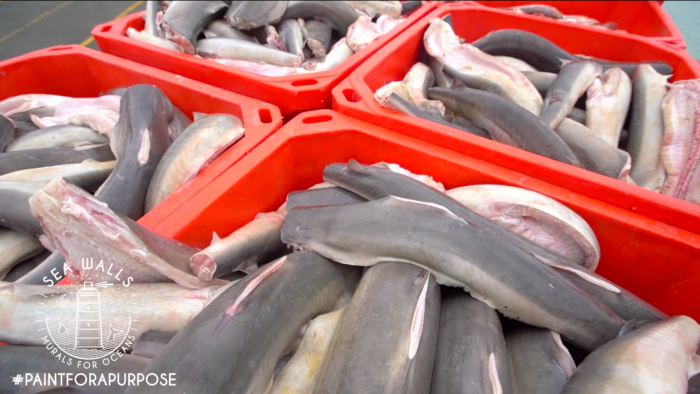 The future for Pangeaseed lies in the hands of their supporters. In the past 5 years they have conquered hurdles, turned heads, broadened minds and influenced governing bodies in destinations world wide with their new breed of high impact, grass roots conservation. However, this is only the very beginning of a shift that needs to happen universally to ensure the future of our planet.

The next Sea Walls Festival is set to take place mid year in Toronto, Canada. It will be the first of the festivals to tackle issues relating to fresh water. To become part of the movement, learn more about the state of our oceans, the Sea Walls festival, and follow Pangeaseed Foundation’s various educational and conservation efforts, visit www.pangeaseed.foundation. 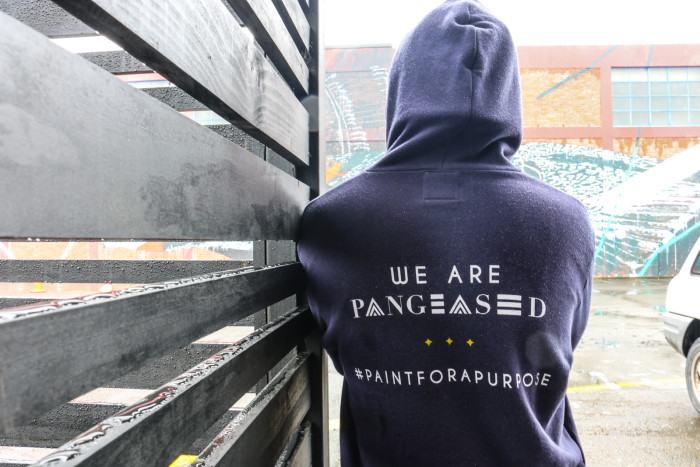 Keep an eye out in coming days for a full gallery of the 30 finished murals from Sea Walls New Zealand.