Teachers Have the Most Important Job. Why Aren’t We Fighting For Them?

Teachers Have the Most Important Job. Why Aren’t We Fighting For Them?
Teachers are stepping up for better learning conditions for kids, but the rest of us could all do a better job.
Read More

In the aftermath of the recent teachers’ strikes in three states infamous for the lowest educator wages—West Virginia, Oklahoma, and Kentucky—teachers are planning to run for legislative offices next fall, students have transformed into outspoken advocates for their own learning environments, and governments have finally surrendered to begin increasing school funding and teacher salaries. Parents and childless adults are being called on to vote mindfully in the upcoming midterm election. It is clear that the strike is just the catalyst to a movement made up of many working parts. 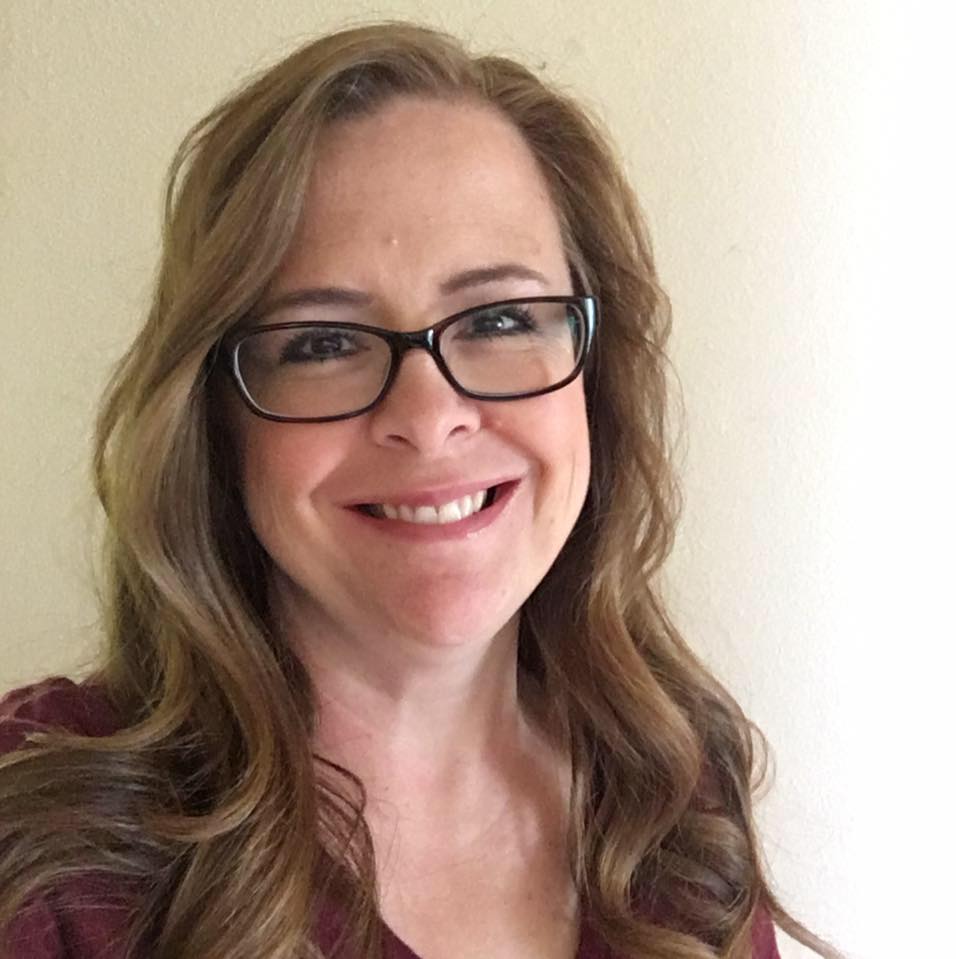 Earlier this month, Texas teacher Julie Marburger shared a post on Facebook describing her experience as an educator in an underfunded school. In it, she points to several problems, including a lack of classroom resources, unruly student behavior, and underwhelming support from parents.

“I have already made the decision to leave teaching at the end of the year,” she writes, despite her later statement that teaching in her own classroom had been a dream of hers for as long as she could remember.

“Nearly half of my students are failing due to missing assignments,” she writes. Although she has sent weekly reports, emails and phone calls to families over the past three months, Marburger anticipates an onslaught of calls from disgruntled parents at the end of the year, berating her on their children’s grades, even though she says, “I’ve done practically everything short of doing the work for [the students].”

Lastly, Marburger calls on parents to step up: “People absolutely HAVE to stop coddling and enabling their children. It’s not fair to society, and more importantly, is not fair to the children to teach them this is okay. It will not serve them towards a successful and happy life.”

The frustrated teacher’s post quickly went viral and has received attention from a large audience of empathetic viewers. However, Marburger is just one of thousands of teachers who have become disillusioned by the profession in the last few years. She warns: “There is going to be a teacher crisis in this country before too many more years have passed unless the abuse of teachers stops.” 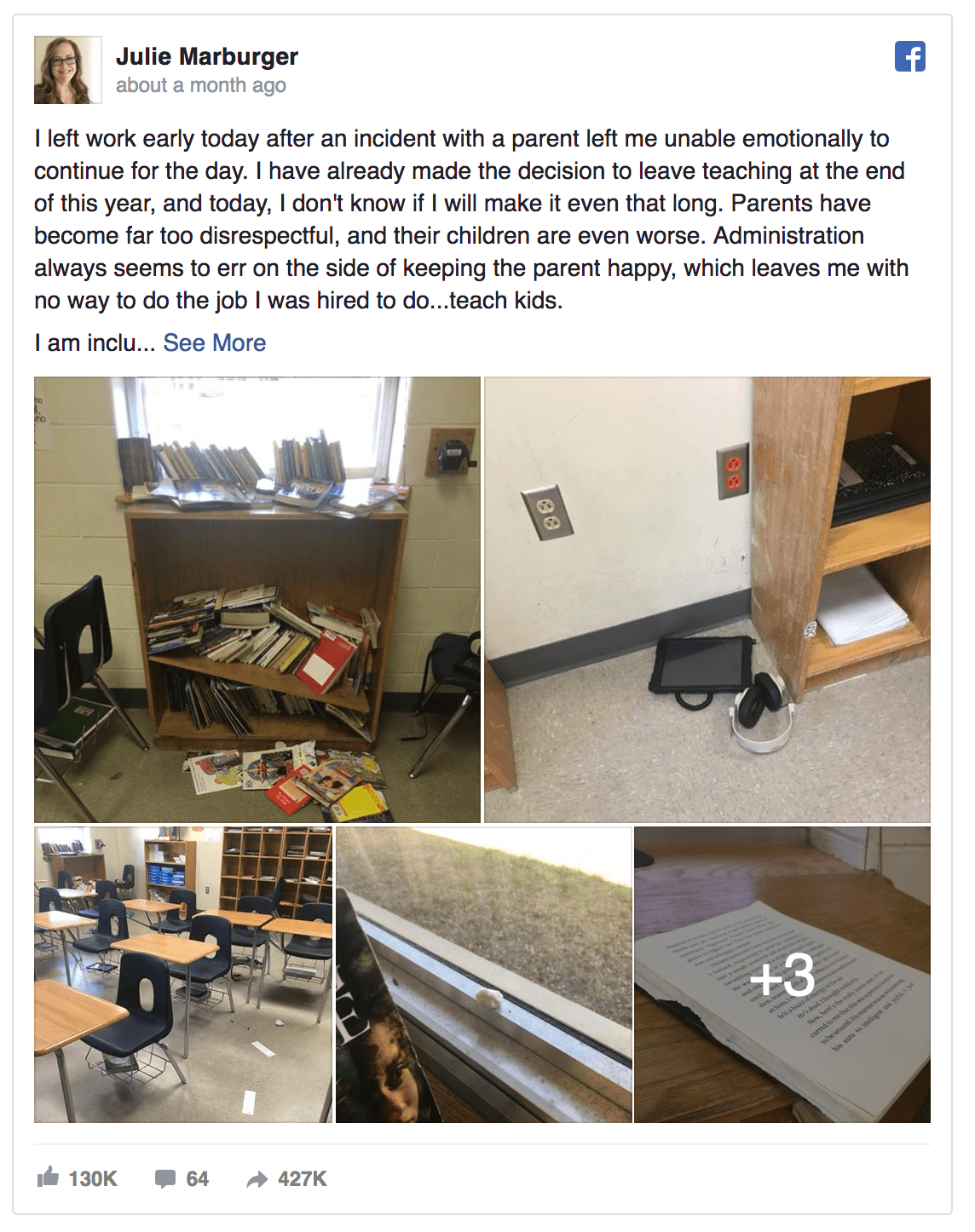 If teachers leave the classroom, we’ll have a much bigger problem on our hands: a student crisis. Students from schools in Oklahoma, West Virginia, and Kentucky attended crowds both inside and outside of the state capitol earlier this month to speak to their state lawmakers about overcrowded classrooms, torn and outdated textbooks, and most of all, their hard-working and underpaid teachers whom inspire them daily.

“This walkout is for us — the teachers are just leading it,” said Natalie Hurt, a senior at Midwest City High School. While Oklahoma Gov. Mary Fallin (R) compared the teachers who walked out to bratty teenagers who want nicer cars, students around the country have demonstrated that the teachers’ interests are largely aligned with that of the public. For example, Jonathan Curtis, a senior at Edmond Memorial High School, encouraged his fellow students in a speech on the state capitol steps to register to vote as soon as they could, and to vote out the state lawmakers who refuse to increase school funding. Students in solidarity wore white sweatshirts, on which they etched in permanent marker the date they’ll turn 18.

Esme Henson and Tarvana Farzaneh of Norman High School are off to college in the fall, but participated in the walkout to support their teachers and fellow students. They held a sign that said, “My teachers taught me that if you want to change something, do it. That’s why I’m here.” Farzaneh added, “They never made me feel like I was in an underfunded school. They’ve affected my life as much as my parents. I just love them so much.” 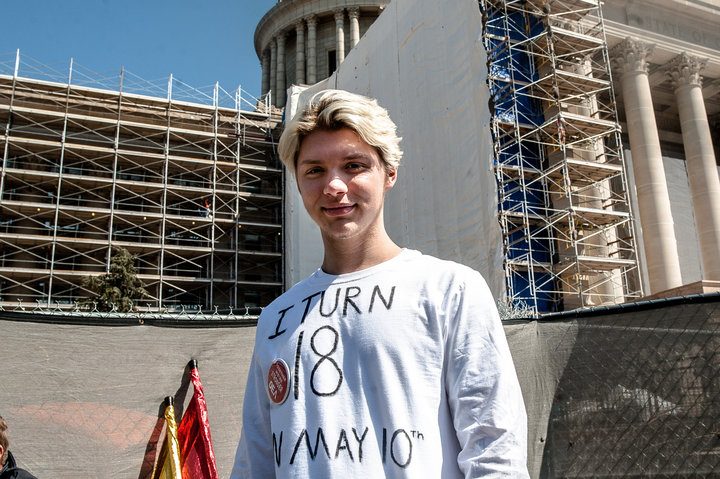 Parents Petition to End the Strike

Since the conclusion of several states’ teacher strikes, the responses from the parents are coming in and the majority agree that the walkouts were necessary actions. However, as the strikes went on, parents grew more and more concerned each day over how missed class time would affect their children’s state and national testing scores.

This anxiety is nothing new. During the teachers’ strike in September 2017, parents in Dallas rallied outside of the school district’s administration, hoping to put pressure on teachers and the school board to end the strike. One parent, Barbara Fleming, voiced her concern about her 11th-grade daughter’s future. “This is a big year, junior year, with taking SATs and prepping for college. This is not the right time for her. I mean, it’s not the right time for anyone, but the closer you get to graduation, it becomes a bigger impact I think,” Fleming said.

It was not lost on parents that the recent strike was a major inconvenience to the teachers themselves, too. “I’m mad at the teachers for walking out, but I’m more mad at the government for forcing them to do this,” said Matt Reynolds, a father of school-age children in Yukon, Oklahoma.

Like Reynolds, many parents with younger children were forced to pay for daycare or take their children to work with them during the days of the strike. Mindy Leyh of West Virginia couldn’t attend her GED class because she couldn’t afford a babysitter to watch her children during the strike. Even Lisa Snell, an Oklahoma mother of two who has been supplying her children’s struggling elementary school for years with pencils, crayons, paper and tissue, admits that “if education doesn’t get adequate funding, I’ll say screw it and home school my kids since we can’t afford to move.”

The main unions backing the strikes continue to urge parents to communicate their concerns by voting in this year’s midterm election for candidates who support increased education funding, or by promoting campaigns of the many retired educators choosing to run for office. 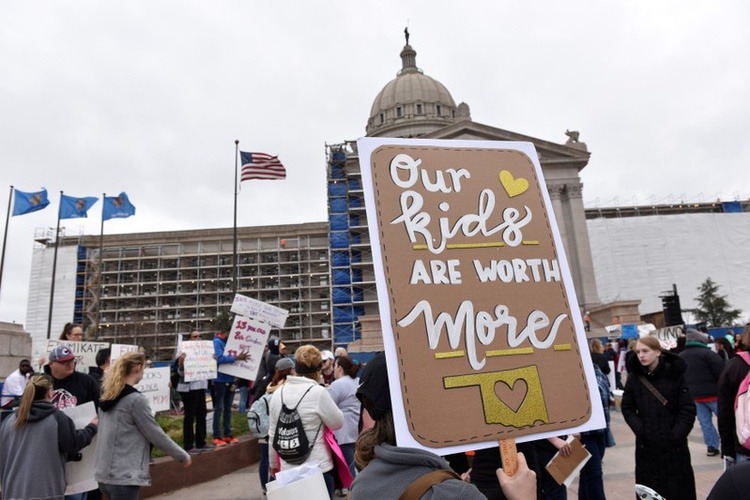 Childless Adults Should Be Concerned, Too

Have you eaten out at a restaurant, gone to the doctor, or had a mechanic work on your car in the past week? Thank public education, and thank America for running this way for centuries. Starting in the mid-1800s, states passed laws mandating that communities offer free public school, so children would have a safe and affordable place to learn literacy while their parents worked. School taxes were collected from all property owners, as they felt they too benefitted from a life full of educated children. It was Horace Mann who championed the concept of public schooling and believed that free education would break down class distinctions and ensure social and national unity. 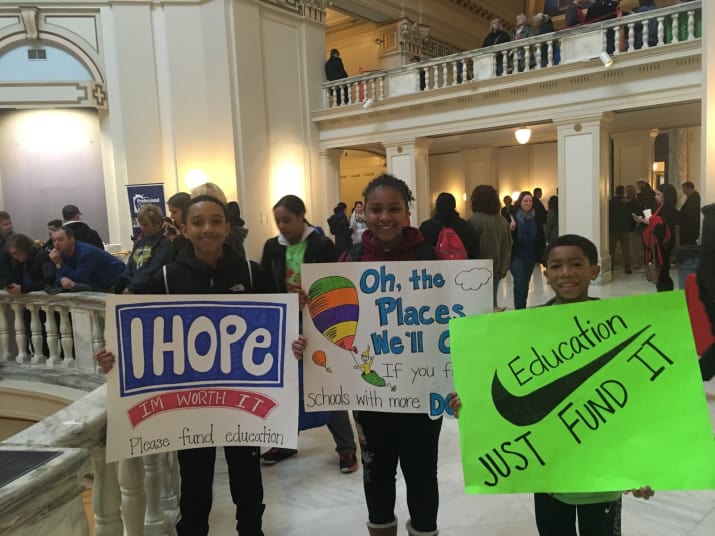 We are still in pursuit of Mann’s dream, and it will take us all to get there. So, when the midterm election occurs on November 6 (register to vote here), it doesn’t matter if you are a teacher, a student, a parent, or a childless citizen of the United States: you have the ability to make a change for the benefit of our country and its future. It is up to us all to consider who will make laws that support education and who will consider the impact those laws have on school-aged children. Remember when you were a student? Did you have a place to sit in the classroom? Did you have crayons to draw with? Did you have a teacher who made you see things differently, or inspired you to pursue the path you are on now? Each vote is a choice to pass those experiences forward to the next generation.

In the words of Hope Davis, a sophomore at an Oklahoma public high school who spoke out at the strike this month: “Many fail to realize that funding education should not be historical. It should be normal.” 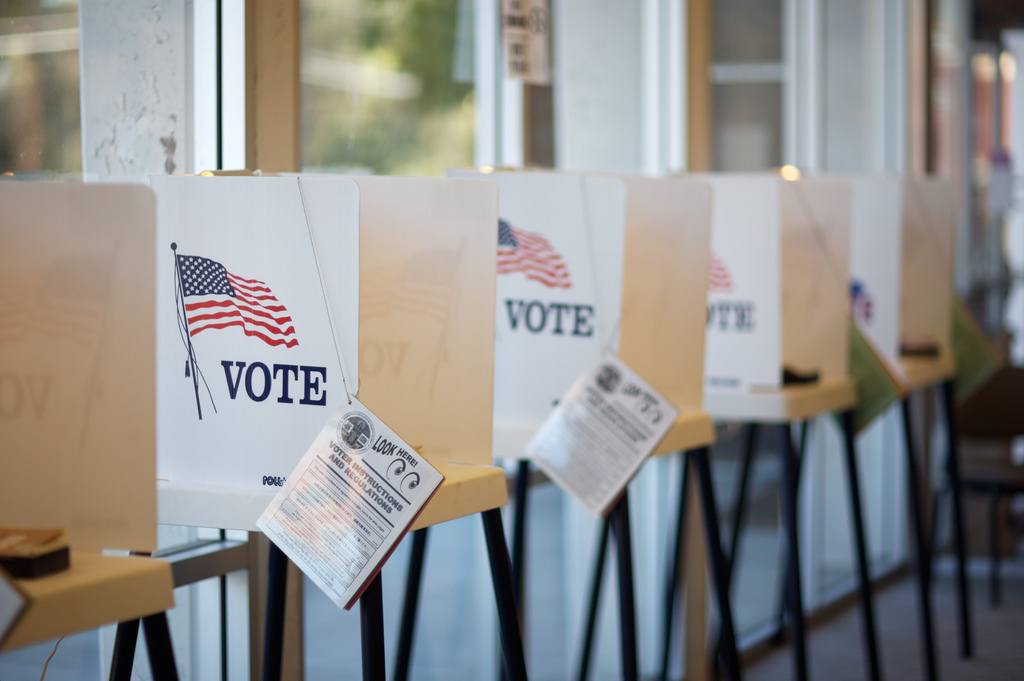