Using 3D printing in medical research so far, we have witnessed the development of the 3D-printed ear, jawbones, skeletal muscles, and vascular structures that are vital for the artificial growth of large internal organs. Now, it seems a team of researchers have turned their gaze to reproductive health and successfully produced the world’s first 3D-printed ovaries that could potentially restore fertility in women.

The study published this week in the journal, Nature Communications, detailed how the team from Chicago’s Northwestern University Feinberg School of Medicine managed to restore fertility in infertile female mice using 3D-printed ovaries, leading to the birth of healthy litters. Using mice with surgically-removed ovaries, the researchers created the synthetic structures by employing gelatin as the ‘ink’ in the 3D printer and printing in a lattice scaffold in order to replicate the porous quality of natural ovaries.

One of the greatest challenges that the team faced was creating a type of biological hydrogel that was sufficiently firm, flexible, and also unlikely to be rejected by its host. Hydrogels are generally composed of 99% water and 1% polymer as Ramille Shah, one of the researchers on the team states, “Most hydrogels are very weak, since they’re made up mostly of water, and will often collapse on themselves”.

Shah reports that the team managed to discover a gelatin temperature that allowed the structure to be self-supporting, “No one else has been able to print gelatin with such well-defined and self-supported geometry.” The pores that naturally formed in the team’s gelatin also enabled the ovaries to interact successfully with its host’s tissue and blood supply.

The researchers then introduced working follicles (the minute sacs containing fluid and immature egg cells) into the structure’s pores and then implanted these artificial ovaries into the female mice. Despite sounding simple enough, this process of implanting follicles into the ovary’s pores involved a painstaking process of strategically-placed holes, arrangements to ensure the correct amount of blood flow, and “an environment that can provide cross-talk between these follicles, because that’s how the natural ovary signals for only specific ones to ovulate” says Shah. 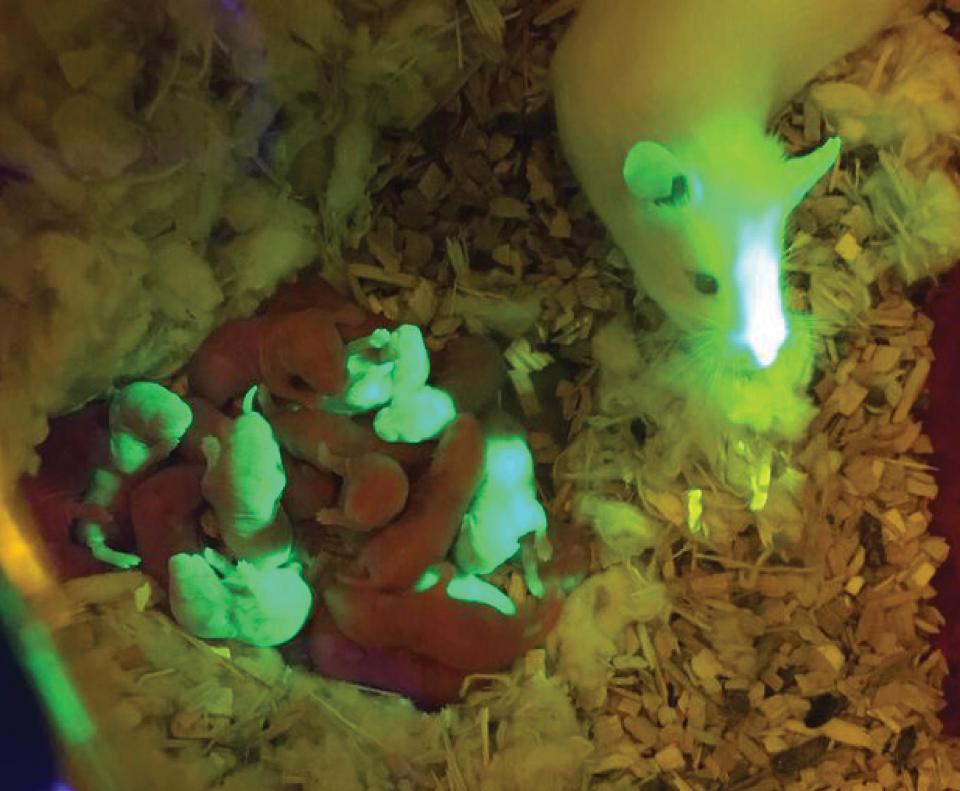 Incredibly, the researchers found that when these 3D-printed ovaries were implanted into their hosts, they became successfully hooked up to the blood supply within one week and went on to release eggs naturally. Of the seven female mice who mated following this implant, three successfully produced litters of at least two robust and healthy pups. The mothers also lactated, suggesting that their hormone signaling was restored to working order after having their natural ovaries removed.

Chemotherapy in childhood and adolescence can lead to a destruction of the natural ovarian tissue as well as its eggs and the researchers have stated that their goal is to restore fertility in children and young women whose endocrine and reproductive health has been altered by cancer treatment. Teresa Woodruff, a reproductive scientist at Northwestern states, “Our hope is that one day this ovarian bioprosthesis is really the ovary of the future”. While there has been some earlier success in restoring a young woman’s fertility using frozen ovarian tissue, this method is not always practical or reliable, particularly in young girls who have not had the opportunity to bank this healthy tissue after diagnosis. The research team also states their hope that this implant is not perceived as short-term assistance, “We’re thinking big picture, meaning every stage of the girl’s life, so puberty through adulthood to a natural menopause” says Monica Laronda, a co-author of the study.

However, the research still has years to go and the team are now looking into trialling the same method in pigs before human trials can begin. It is not yet known whether the same method can be reproduced successfully in humans but the benefits of scaling and easy reproducibility that are granted by 3D printing could well see these artificial ovaries benefit countless female cancer patients in the future.