These Teenagers Have Invented a Straw That Detects Date Rape Drugs

For college-age women in America, the risk of becoming a victim of sexual violence is 3 to 4 times higher than for any other women in the general population, according to RAINN (Rape, Abuse & Incest National Network), and is twice as likely to occur than a robbery for female college students. The prevalence of sexual assaults committed on college campuses is an issue that has truly come to the fore in terms of media exposure over the past five years, from Emma Sulkowicz, a student from Columbia University who protested her rapist’s continued attendance on campus by dragging her mattress around the university for a year, to the institution of California’s ‘Yes Means Yes’ law.

The role of drugging with “date rape” pharmaceuticals such as Rohypnol, GHB, or Ketamine is not to be overlooked in the contribution to the alarmingly high rates of sexual assault; according to one study from The Washington Post in 2015, approximately 9% of women who were sexually assaulted on college campuses believe that they were drugged beforehand. The problem of “date rape” drugging does not seem to have alleviated in 2017 either, with one Northwestern University Fraternity currently under investigation for drugging four women at a party in January of this year – with two of the drugged women also alleging that they were subsequently sexually assaulted at the fraternity. Unfortunately, for many young women in college, prevention from being drugged unwittingly with these substances is a priority in social situations involving alcohol, and even vigilant protection of an open drink may not be enough to stop offenders. However, a wide-scale solution to this problem may have just been proposed from an unlikely source, with three Miami high-schoolers believing they might just have the answer. 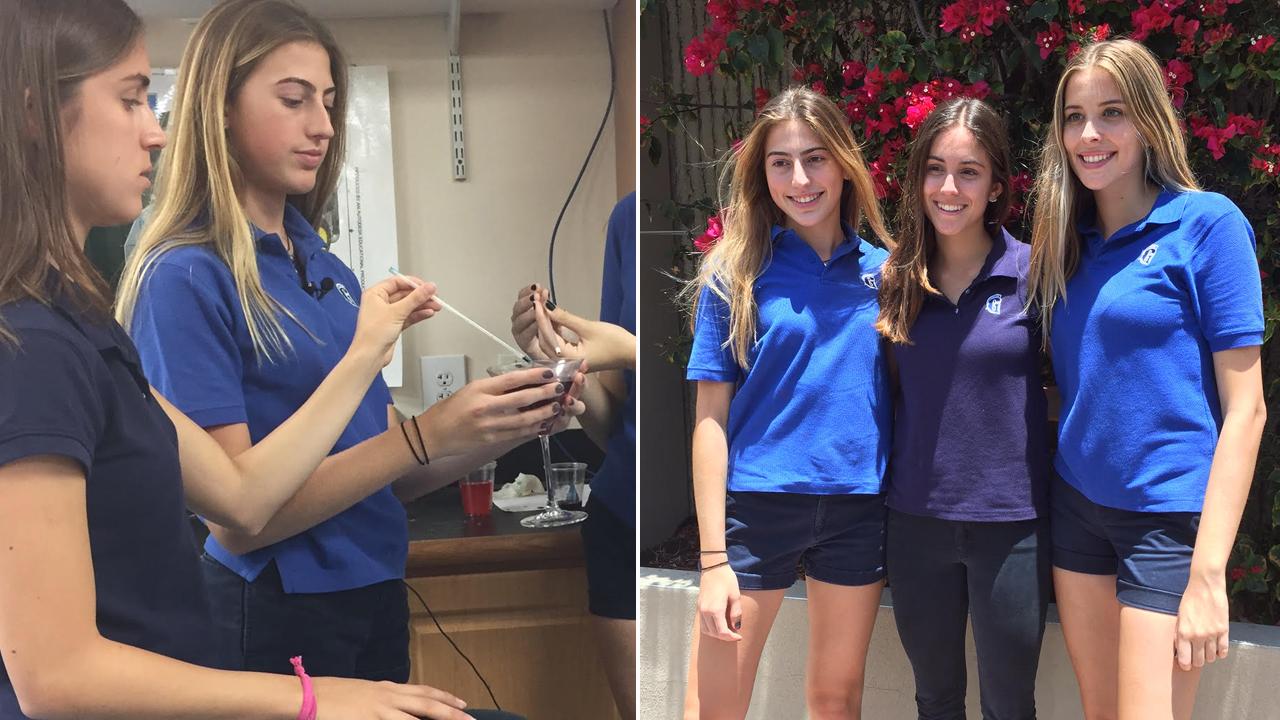 Susana, Carolina and Victoria are three students at Miami’s Gulliver Prepatory High School who won Miami Herald’s Business Plan Challenge last month with their concept of the Smart Straw. The straw, described as “brilliant” by the judging panel, is able to detect Ketamine and GHB (two common date rape drugs) in alcoholic or non-alcoholic beverages, and then signals to its user presence of drugs when its tip turns blue. Capello told A Plus that the inspiration for the idea came because her older sister attends a university where there were reports of date rape drugs being used and that her father “always says ‘the best ideas are the ideas that help people”. The judges of the Miami Herald’s entrepreneurial competition were delighted with the product because of the potential for wide-scale distribution and the ease with which women could potentially carry the product on their person to bars and parties. The cleverness and simplicity of their design has earned the team a great deal of attention since the competition, and they are now working at securing patent protection and bringing the product to market. The students are also entering a consultation period with a test kit maker regarding manufacturing issues and are eager to start production of the Smart Straw for distribution to colleges and medical centres. 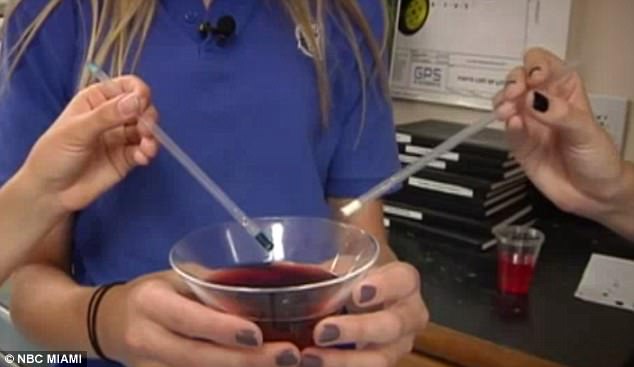 When the Smart Straw detects GHB or Ketamine, the tip of the straw turns blue, like the straw pictured on the left.

However, there are certain drawbacks to the Smart Straw that must be addressed, including its current ability to only test for two drugs: GHB and Ketamine. The Smart Straw fails to address the potential for drugging by other “date rape” compounds such as Rohypnol, or the presence of other drugs such as methamphetamine, cocaine and pharmaceuticals such as Vicodin or Percocet; all of these drugs can be abused to produce the desired effect of vulnerability in a sexual assault victim, as pointed out by this Animal New York article. Another issue is the distinct lack of efficacy studies that the Smart Straw has undergone in its detecting accuracy so its real-world usefulness is yet to be established. The potential for the victim-blaming stance of the product is also open to criticism – why should women have to carry straws around to parties? Should we not instead be dedicating money and time to curbing the compulsion for young men to sexually assault and abuse women instead?

The girls, meanwhile, remain optimistic about their products and acknowledge that it is not a perfect answer to an incredibly large issue. “We know its not a solution because it can’t end rape” Baigorri stated to Inside Edition “but we were hoping to lower the amount of rape and dangerous situations you might be in through drugs.” These high-school students have shown immense promise with the development of the Smart Straw, and with any luck its distribution could be a significant help to female college students. However, the girls have also been encouraged by the judging panel to think beyond the Smart Straw and develop further concepts with their blatantly creative and compassionate philosophy for invention.