This First Transgender Doll Aims to Educate Kids About Gender Identity
The toy is designed to educate children and parents about what it means to grow up as a transgender child.
Read More

To an adult, a child’s toy may appear to be nothing but a colorful piece of plastic that clutters the lounge room floor. But in reality, a simple toy can be an incredibly powerful educational tool for the young minds that engage with them. That’s why a toy manufacturer in Canada has developed Sam, the world’s first transgender doll. Sam is designed to educate, not only children but parents too, about gender identity issues and what it means to grow up as a transgender child. The project is currently in development by a nonprofit organization called Gender Creative Kids Canada, with 16 days to go on their Kickstarter campaign to get Sam into production.

Sam is a nesting doll that stands at 8 inches tall. He has seven layers, each representing a different stage in a child’s gender formation. From the infant who is blissfully unaware of the concept of gender, to the experimental toddler, the conflicted child and the isolated teen.

Sam’s final form is his true identity; he is happy and supported by his friends and family. At the very centre of the seven layers is a gorgeous heart charm, representing the core of Sam that has been the same all along.

Why Sam is Important

It’s estimated that anywhere between 2-6% of boys and 5-12% of girls express their gender differently from their binary gender assigned at birth. Most of these gender-questioning kids are often born into cultures that don’t accept them, sometimes being subjected to physical, verbal and sexual harassment. They often feel rejected, isolated and confused about who they are. As Sam’s Kickstarter campaign explains, gender-questioning children who have the support of their family are far less likely to suffer from depression or experience feelings that may lead to self harm or suicide (The Williams Institute and American Foundation for Suicide Prevention, 2014).

And although awareness and acceptance of gender fluidity is growing, there are still such few tools available to help parents and teachers talk to kids about this extremely sensitive and complex issue. That’s why using a play-based tool like Sam could help, as it creates opportunities for adults to gently start the conversation. The creators of Sam want to have a long term impact, hoping to stop transphobia before it forms in the next generation, by familiarizing children with gender fluidity early on. 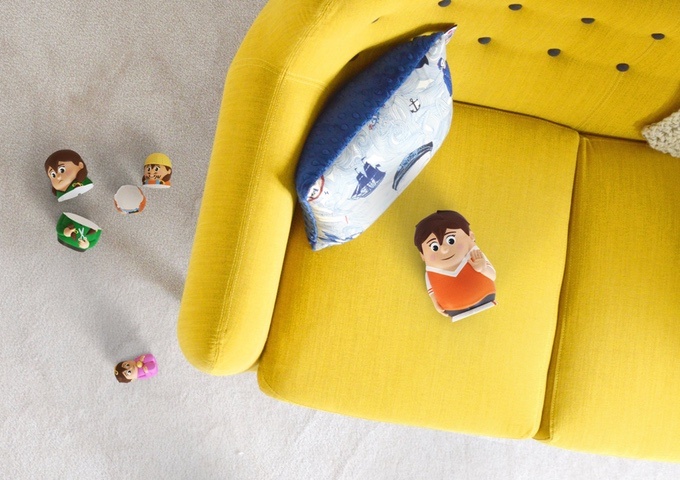 Sam’s makers state on the Kickstarter page that the toy doesn’t represent the path taken by every person, or the full spectrum of emotions felt by any child. He’s just here to tell his own unique story, which has been beautifully animated in this short film by Rodolphe Saint-Gelais and Roméo & Fils: