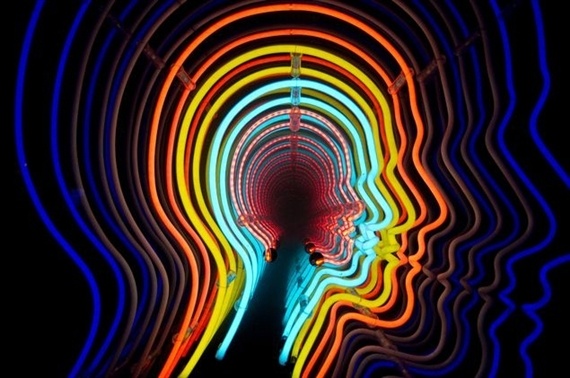 10 Psychological Exercises That Will Challenge What You Believe In

10 Psychological Exercises That Will Challenge What You Believe In
These will make you question everything, and get you thinking in new ways about life.
Read More

Sometimes we encounter people, places, and things that challenge our perspectives and make us question everything. This is a healthy part of life that makes us think, and open up to new ideas. These ten thought exercises will get you thinking in new, creative ways about life – and they might just challenge what you have always assumed was true.

1. The Life You Can Save 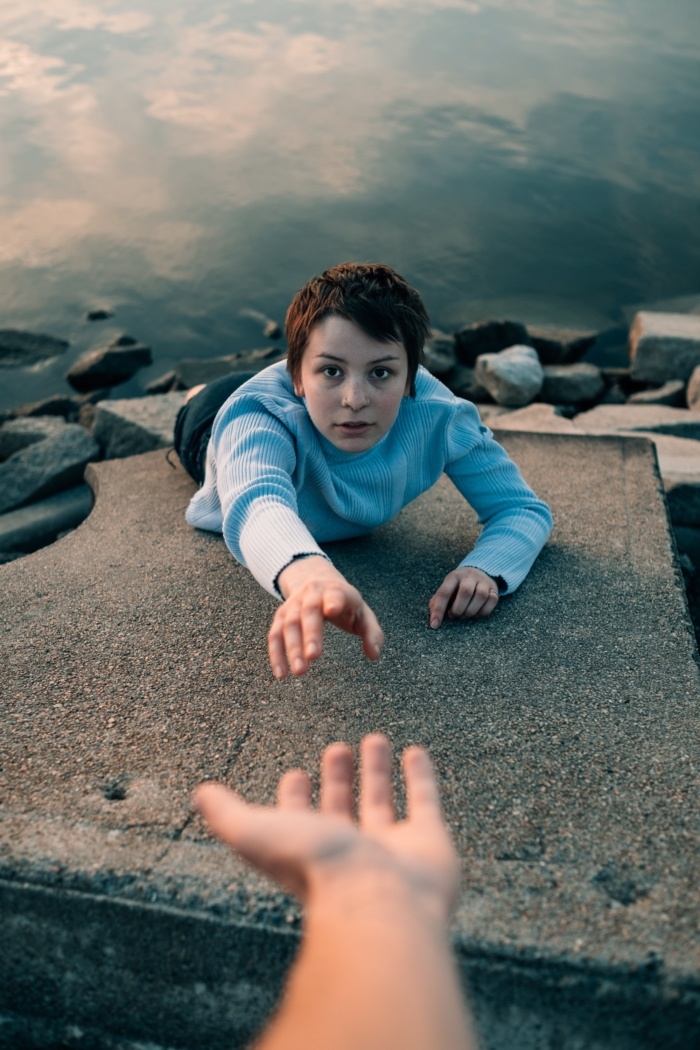 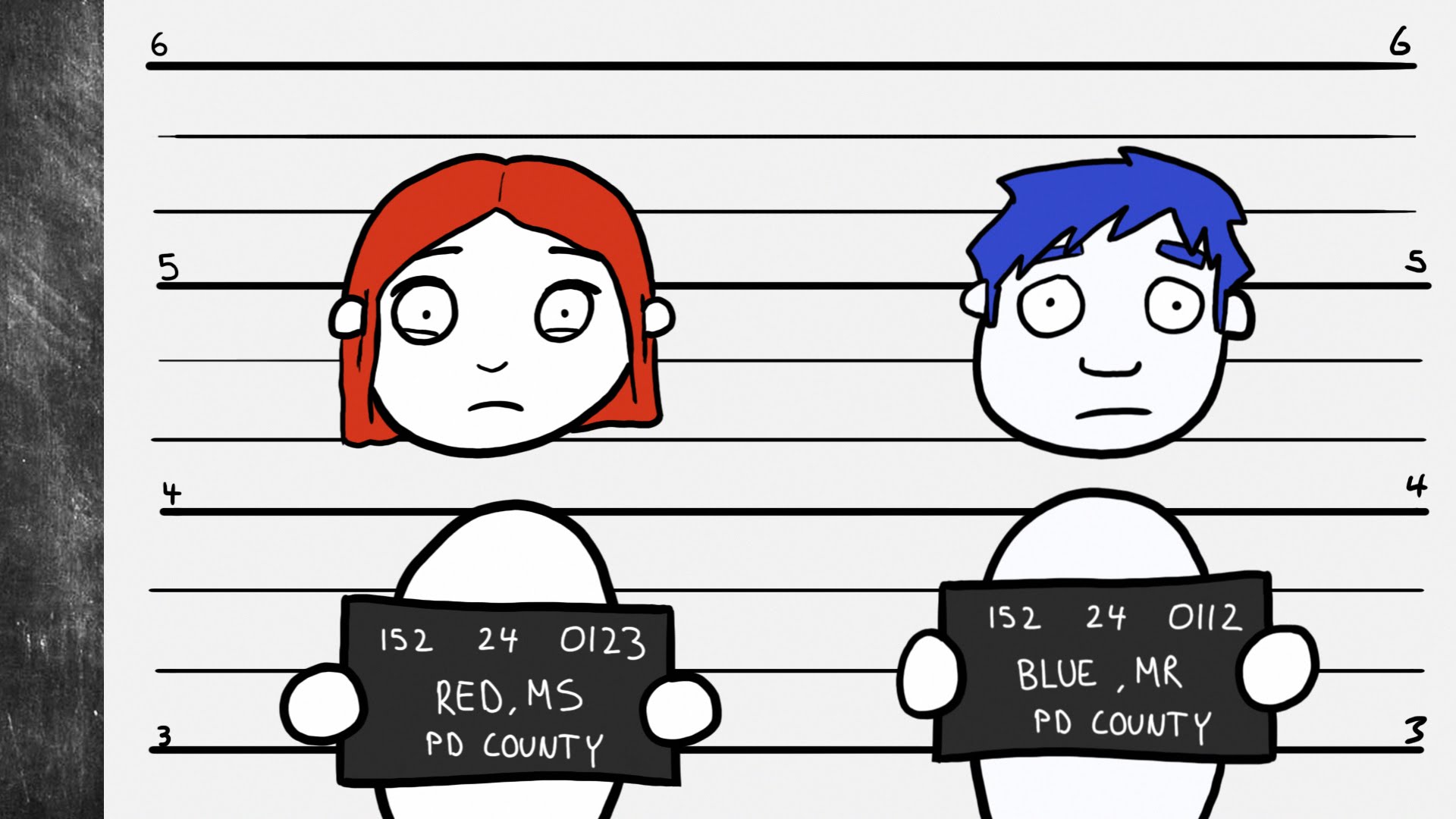 The Prisoner’s Dilemma is a well-known theory problem. Suspects of a crime are often faced with the difficult decision of confession or silence. When an accomplice is involved, this decision can get dicey because there is an element that is unknown to the suspects.

In the classic example, two people have been arrested for robbing a bank. When they are arrested, it is clear that each has their own self-interest in mind before the well-being of the other. The prosecutor offers each the same proposition. “You may choose to confess or remain silent. If you confess and your accomplice remains silent I will drop all charges against you and use your testimony to ensure that your accomplice does serious time. Likewise, if your accomplice confesses while you remain silent, they will go free while you do the time. If you both confess I get two convictions, but I’ll see to it that you both get early parole. If you both remain silent, I’ll have to settle for token sentences on firearms possession charges. If you wish to confess, you must leave a note with the jailer before my return tomorrow morning.”

This exercise demonstrates that the “right” decision is impossible to come by without all of the information, and when self-interest is the primary motivator. Each would be better off confessing, as long as the other person does not. Mutual silence is truly the ideal, but takes quite a bit of trust.

3. The Beetle in the Box

Also called the Private Language Argument, this is an experiment that challenges how we view self-analysis and how that informs the language and words we use to describe feelings and senses.

The experiment proposed in Wittgenstein’s Philosophical Investigations asks us to picture a group of individuals that each have a box with something called a beetle. No one can see the contents of other boxes, but they all know their own “beetle”. They describe only what is in their own box, their own “beetle,” and over time the word “beetle” just comes to mean the “object that is in a person’s box”.

This disturbs many people because it points out that a beetle could mean 100 different things to 100 different people, depending on what is in their box and how they are describing what they see. We simply cannot know what others experience in their lives, or how they perceive things. This phenomenon, known as qualia, has disrupted people many a time. 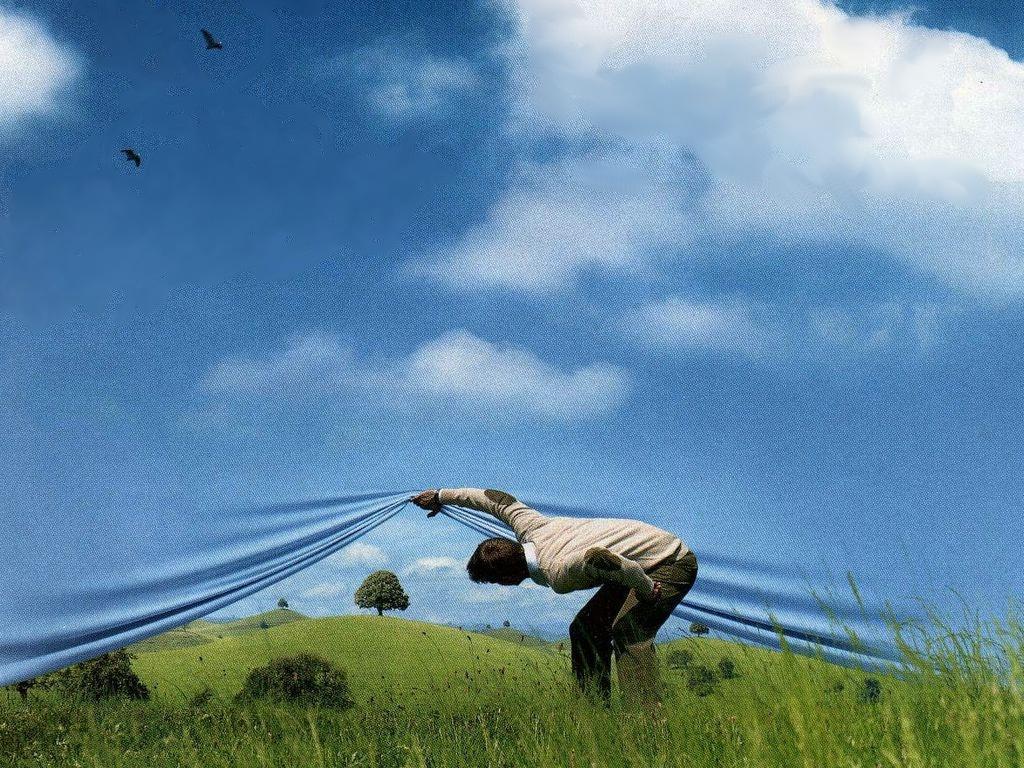 Similar to the beetle in a box experiment, this question, at its core, asks us to think of the real world. According to Carl Rogers, there is no such thing as the real world. There is the world as every person experiences and perceives it, and since those individual realities are all unique for every moment in time, Rogers says that “there are as many ‘real worlds’ as there are people”. And if this is true, can the concept of a single reality, “a” reality, “the” reality stand the test of time? Or can we accept and learn from those who experience “reality” differently than us?

5. Information That Helps Us to Make Decisions 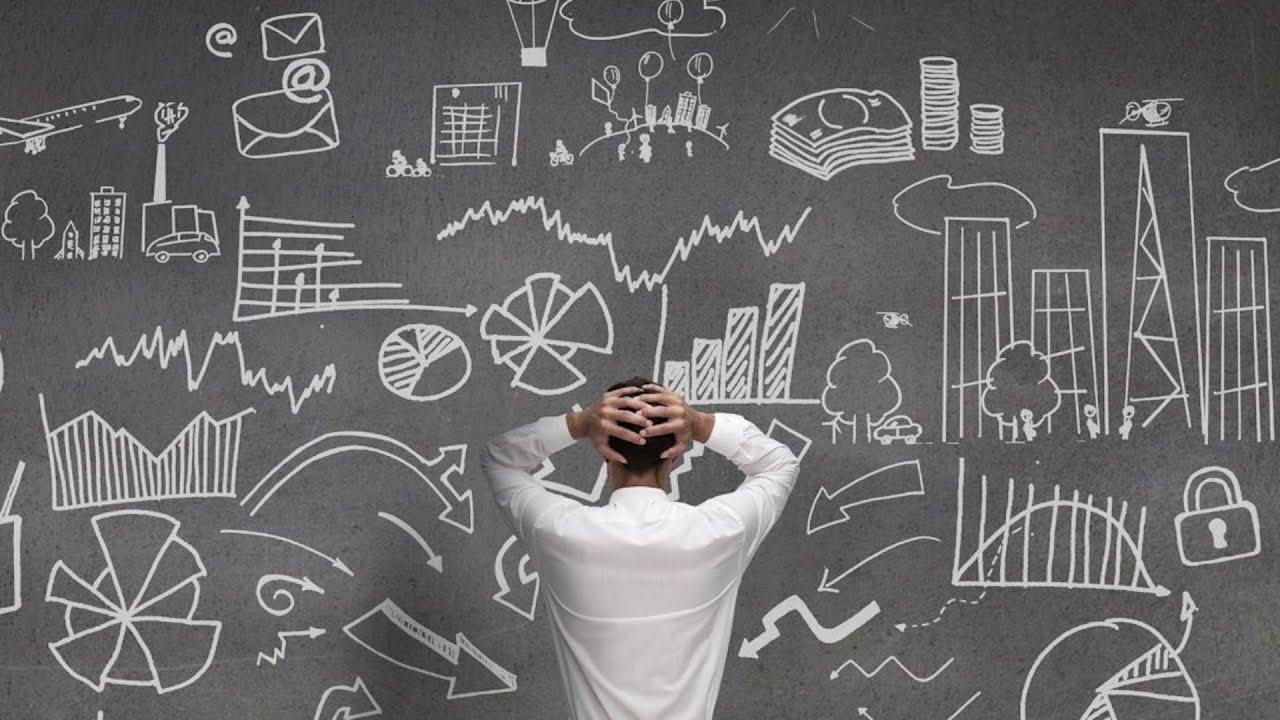 Have you ever been in the mindset that having more information on a subject would allow you to make the right decision? Truthfully, this can sometimes cause “analysis paralysis,” and can prevent action from being taken. Too much information is not always a good thing, and in many cases, it proves to be the opposite. One researcher, Sheena Iyengar, discovered that with contributions to 401k plans, more mutual fund options actually decreased investment. This challenges our instincts because more information seems like an advantage when making an important call. But there are other techniques that help decision-making and persuasion more than information, and the smarter those are used, the better. 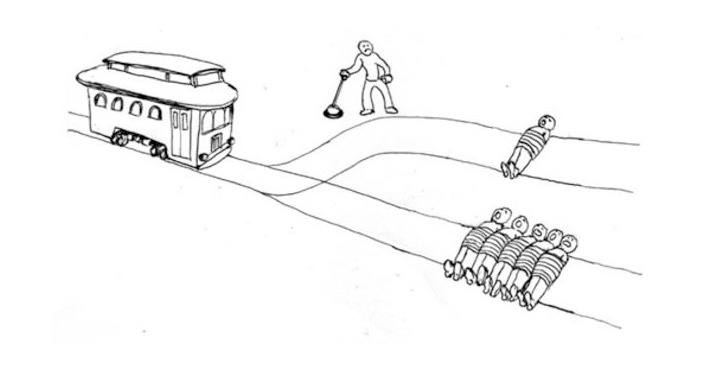 This next psychological experiment will challenge anyone about the concept that right and wrong decisions are purely black and white. Imagine yourself at a railroad switch watching a trolley that cannot stop. There are two tracks, one leading to a group of five and the other heading towards one person. You have a choice. You can allow the train to continue, killing five people in its track, or you can switch tracks and it will kill only one person. Utilitarians do not hesitate before switching as they want to do the most good for the five at the cost of one life. Kantians would do nothing, arguing that using one person as a means of saving five is wrong, as people are ends, not means. In a slight variation, you have the option of pushing a fat man onto the track that would prevent the trolley from hitting the group of five.

All of these scenarios demonstrate the vast complexities of morality and reasoning for acting in the interest of certain groups of people over others.

7. Is Social Convention a Concept We’ve Made Up? 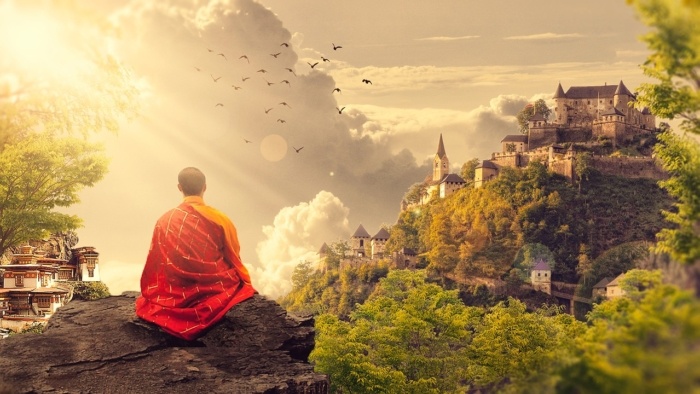 When you really take a step back to think about it, we, as a society, have agreed to the way we relate and interact with a certain set of rules and codes in mind. But we made it up, it is not real. Manners and acceptable behaviors are not forced upon us like the law of gravity.

A well known Buddhist teacher, Gil Fronsdale, once explained his experience with etiquette at a monastery in Asia. In the meditation hall, it was understood that no one could walk on the same carpet than the statue of Buddha was sitting on, as it would be a sign of grave disrespect to the statue. But one day, Fronsdale noticed that tourists walked onto the carpet without a moment’s hesitation and got right into the statue’s face to take photos. While this bothered him at first, he eventually came to realize that the universe was still intact after this took place. It was not a ridiculously immoral act, it just strayed from his expectations and customs.

Every person, as an individual, has standards and expectations of how to interact, socialize, and behave, but these are not universally understood and followed. So, maybe social convention is a concept, not a reality. But is there room for agreed upon cultural norms to preserve a sense of social unity? Perhaps. 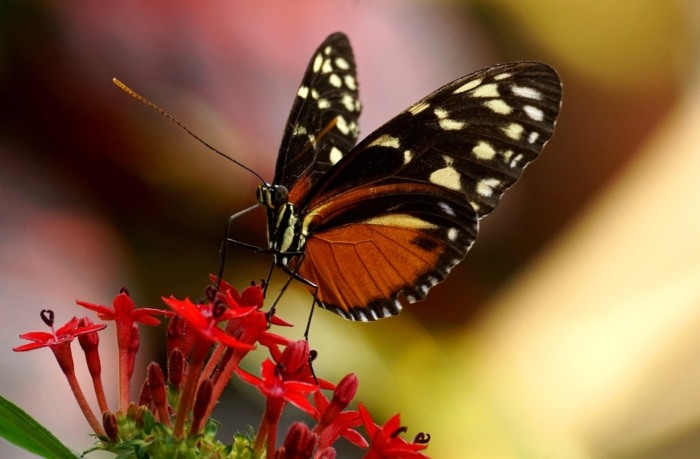 This thought experiment really just puts the concept of time into perspective. It stems from the quote by Carl Sagan, American author and cosmologist, who said, “We are like butterflies who flutter for a day and think it is forever.”

A human lifetime seems like a long time, especially considering it could be around 75 or 80 years. But it is completely relative depending on what you compare it to. It seems like hardly anything at all when compared to the age of the Earth, Sun, or universe. But it seems like an extremely long time when compared to, say, the lifespan of a butterfly that could be anything from two days to a year. Lifetimes are what they are and we have little control over them, so best to see every day, week, year as a blessing and go from there.

9. Justice and the Veil of Ignorance 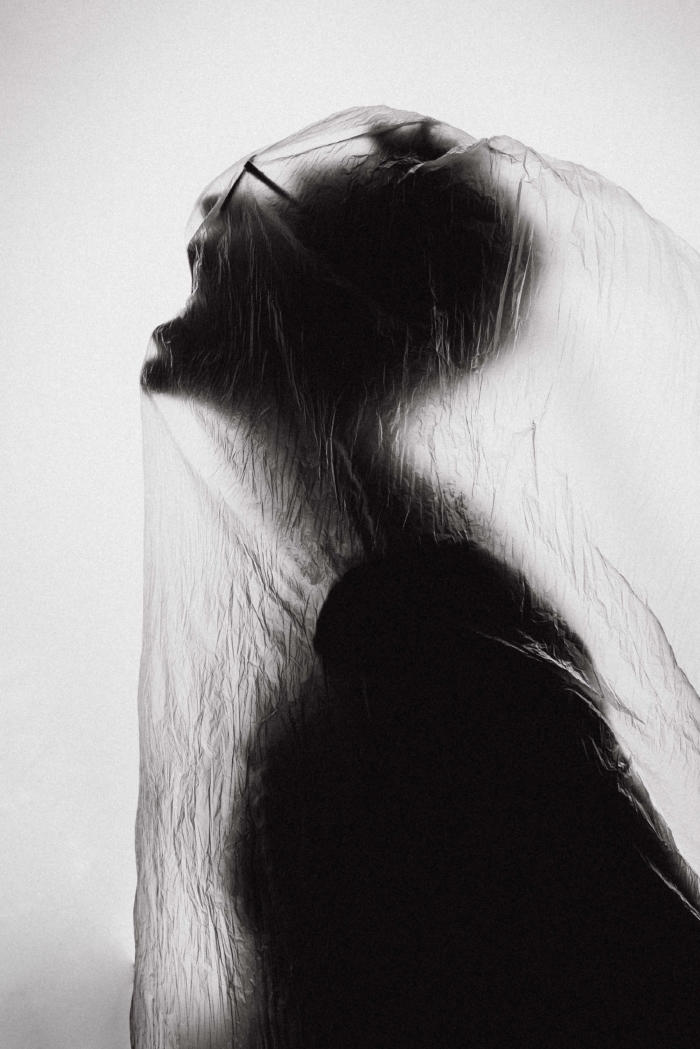 This thought experiment developed by John Rawls is very popular and challenges us to re-imagine what the world could look like if self-interest couldn’t drive our decisions, and if we were incentivized to build a society that works for all.

He introduces us to the veil of ignorance. Think of yourself in a situation where you do not know anything about your life. You and a group of other people wear a “veil” that prevents you from knowing anything about yourself and society. No one knows their gender, age, social status, ethnicity, intelligence, or any other identifying information. Everyone is also unaware of existing political systems, cultures, or economic situations of this new society. Bearing this in mind, you and the others wearing the veil must plan how the future society will operate. Rawls says that without knowing what our self-interest would be, we would create a fair and equal society that guarantees security for the rich and poor. That way, if we found out we were in one category of people, we would have created the best-case scenario for success in this society.

If this were to happen, would we choose to create a system that ensures equal basic rights and liberties that would protect our interests as free and equal citizens? Would we choose a system of fair opportunities? Not only does this exercise demonstrate what society could be, but raises valuable concerns about the current state of society. 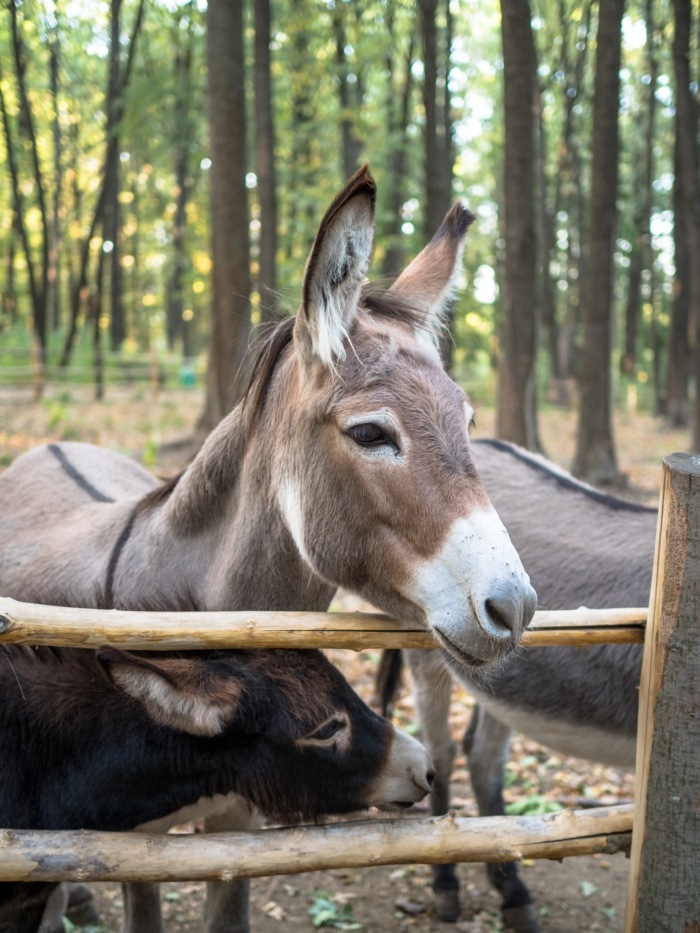 This final experiment explores the difference between choices we make that are rational, and those with some random elements to them. The psychological experiment named after philosopher Jean Buridan considers a donkey in between two bales of hay. Each bale is the same size and the same distance from the donkey. However, this donkey makes decisions only when they are the most rational choice. In this case, since the bales are identical in their value, is the donkey able to choose?

In this scenario, the option to make a purely rational decision would be impossible. Without an obvious rational choice, the donkey would starve to death trying to make the choice which seems largely unrealistic. This is why many argue that there is an element of chance and free will that play into even animals’ actions.