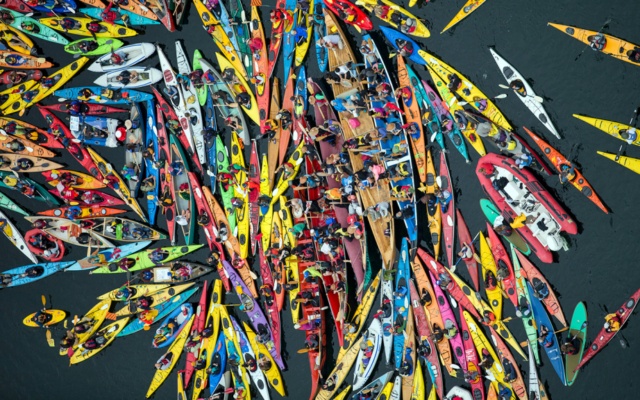 A Bunch of ‘Kayactivists’ Blocked a Pipeline Expansion in the Most Creative Way
Members of the fleet successfully prevented the massive oil barge from passing.
Read More

Dozens of colorful kayaks and canoes dotted the water, while hundreds of sign-bearing protesters marched to the Seattle waterfront on May 15th. Although they came from differing backgrounds and activist groups, they all shared a common goal: to stop Kinder Morgan from carrying out a $5.8 billion pipeline expansion.

Among the protesters were members of Greenpeace USA and “kayactivists” from the Seattle-based Mosquito Fleet. Members of the fleet successfully blocked a barge from entering Kinder Morgan’s facilities by chaining themselves to the pier. Other kayaks and canoes floated close together in nearby waters, stretching massive banners over the water near the pier. One read, “Protect Water—Stop Pipelines”. Another alluded to the three-year anniversary of Paddle in Seattle’s protests against the Shell oil company, displaying the words “NOT THEN” with a Shell logo, and “NOT NOW” with Kinder Morgan’s Trans Mountain logo.

Seattle resident Kara Sweidel, a member of the Mosquito Fleet, took part in the event. “We’re taking action today to protect our waters, our communities and our climate from Kinder Morgan,” she said. “This is just the beginning. As long as they pursue this pipeline, Kinder Morgan has nowhere to hide. We’re here to show investors and policy makers alike that this project is toxic, and it will be met with increasing resistance on both sides of the colonial border.” 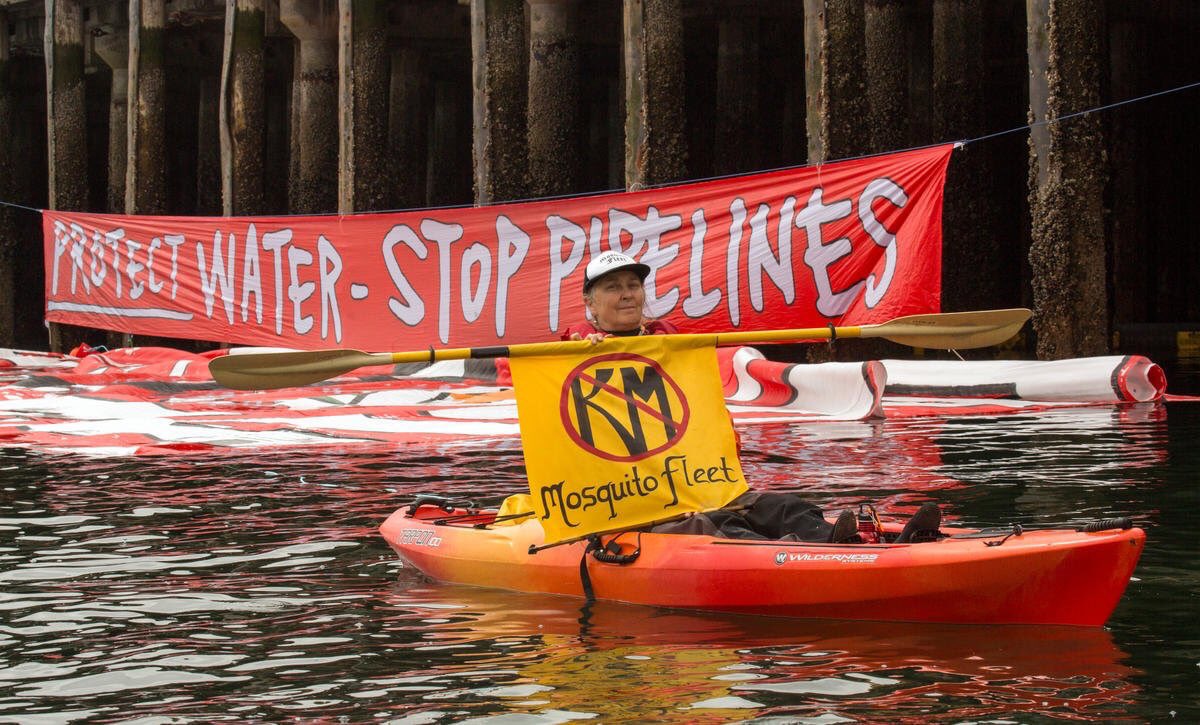 Kinder Morgan’s expansion plans have had no shortage of opposition from the British Columbian government, indigenous groups, and environmental activists. Even though Canadian Prime Minister Justin Trudeau approved the project in November 2016, plans have been successfully halted by the Council of Canadians, at least 9 court cases, and the constant deluge of organized protests. Trudeau has since promised to provide the funding and legislation needed to complete the Trans Mountain pipeline, calling it “a vital strategic interest to Canada”. The number of demonstrations has picked up recently since Trudeau’s government has announced that they will make a decision on May 31st.

Trudeau may think it’s “vital”, but many citizens don’t consider the pipeline to be in anyone’s best interest.

“Today’s action shows that the resistance to Kinder Morgan’s tar sands tanker superhighway continues right down the coastline. From Vancouver and Seattle in Coast Salish territories to San Francisco, we stand united in our love for this coast and our commitment to protect it from the dangers Kinder Morgan would bring,” Greenpeace Climate and Energy Campaigner Mike Hudema stated. “If Justin Trudeau breaks his promises and uses our tax dollars to bail out a Texas company’s failing pipeline and tanker project, he’ll be investing in a pipeline that will never get built and is facing an international movement of resistance on both side of the border.” 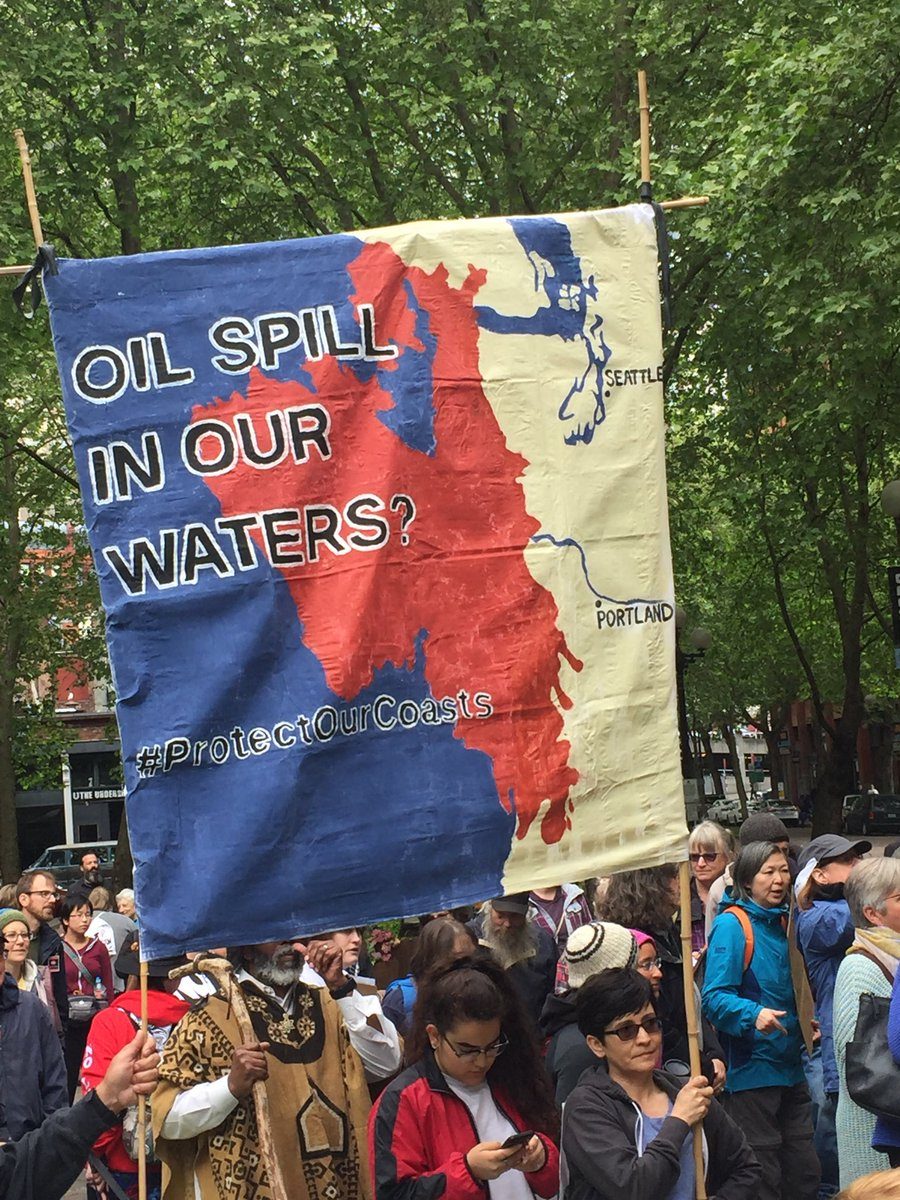 Something Worth Fighting For

As they wait for decision day to arrive, protesters from Washington, Oregon, and Canada, have come together in an attempt to protect the Salish Sea from tar sands, oil spills, and increased oil barge traffic.

If the Trans Mountain pipeline project continues, shipments will increase sevenfold, creating what many are calling a “tanker superhighway” down the western coast of the United States. There’s no doubt that this would have a devastating impact on the community, the water supply, and the fragile state of marine life in the Salish Sea. 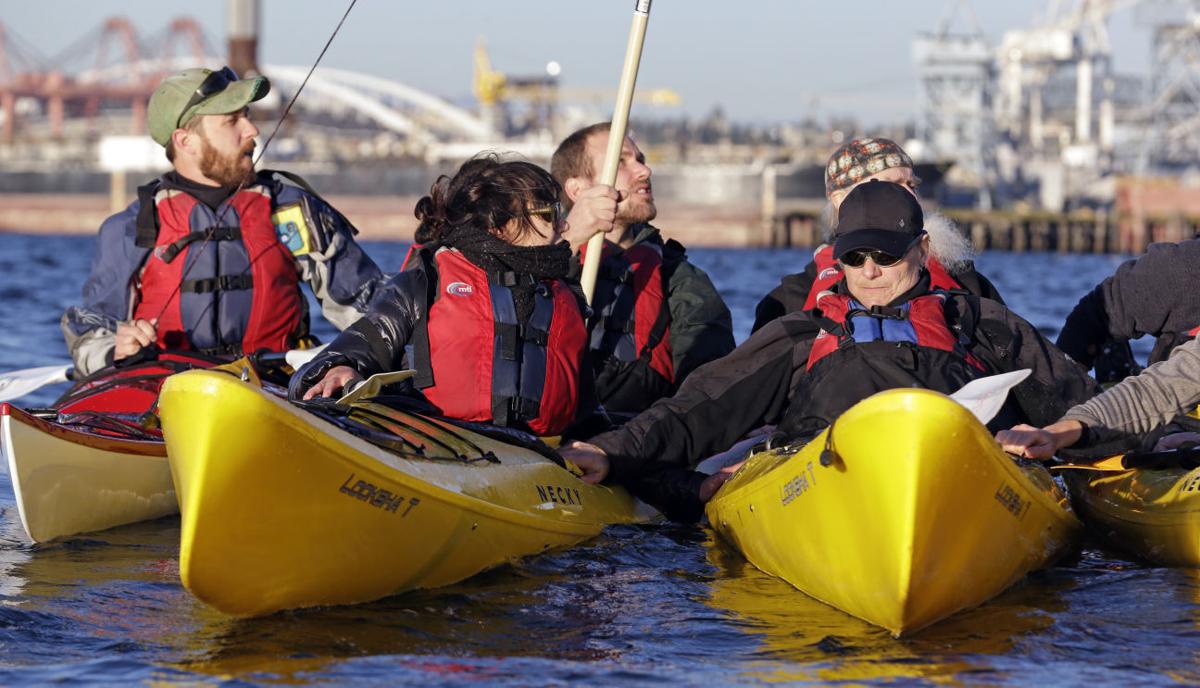 “It would make climate change worse, it would trample Indigenous rights, it would run over our clean water here, and it would decimate the final 76 remaining orcas, the Southern Resident killer whale in our waters,” said Ben Smith, Field Organizer for Greenpeace USA.

Protests continued on May 20th on both sea and land as the Mosquito Fleet and other groups gathered for another massive demonstration. The US Coast guard appeared to support the event with a friendly tweet on May 19th, saying, “The #CoastGuard respects 1st amendment rights of planned protests in the @PortofSeattle Seattle Sunday. Safety is our #1 goal and if needed, CG may establish safety zone to ensure events are free from maritime hazards.” The tweet included the action hashtags “#ShellNo and #StopKM. 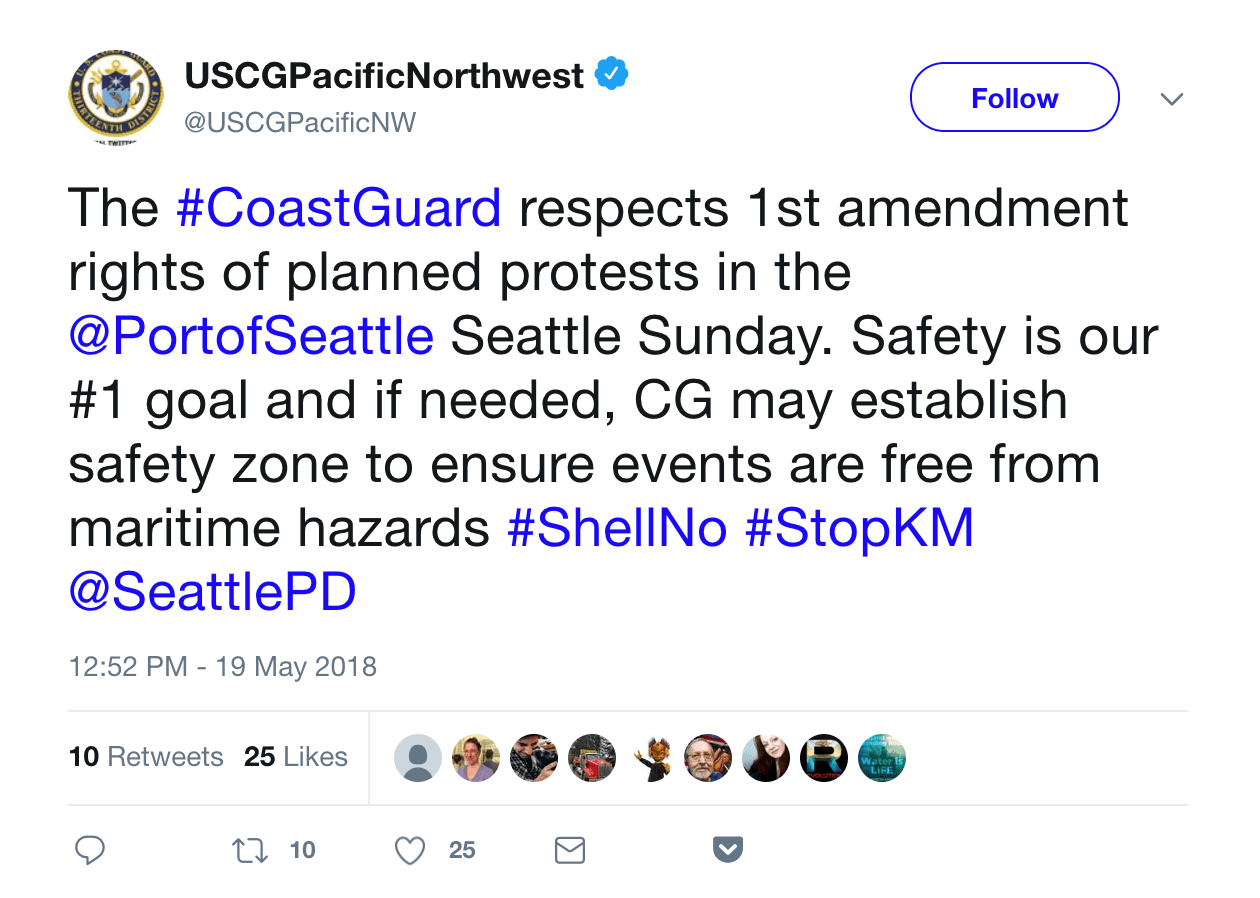 What Can You Do to Help?