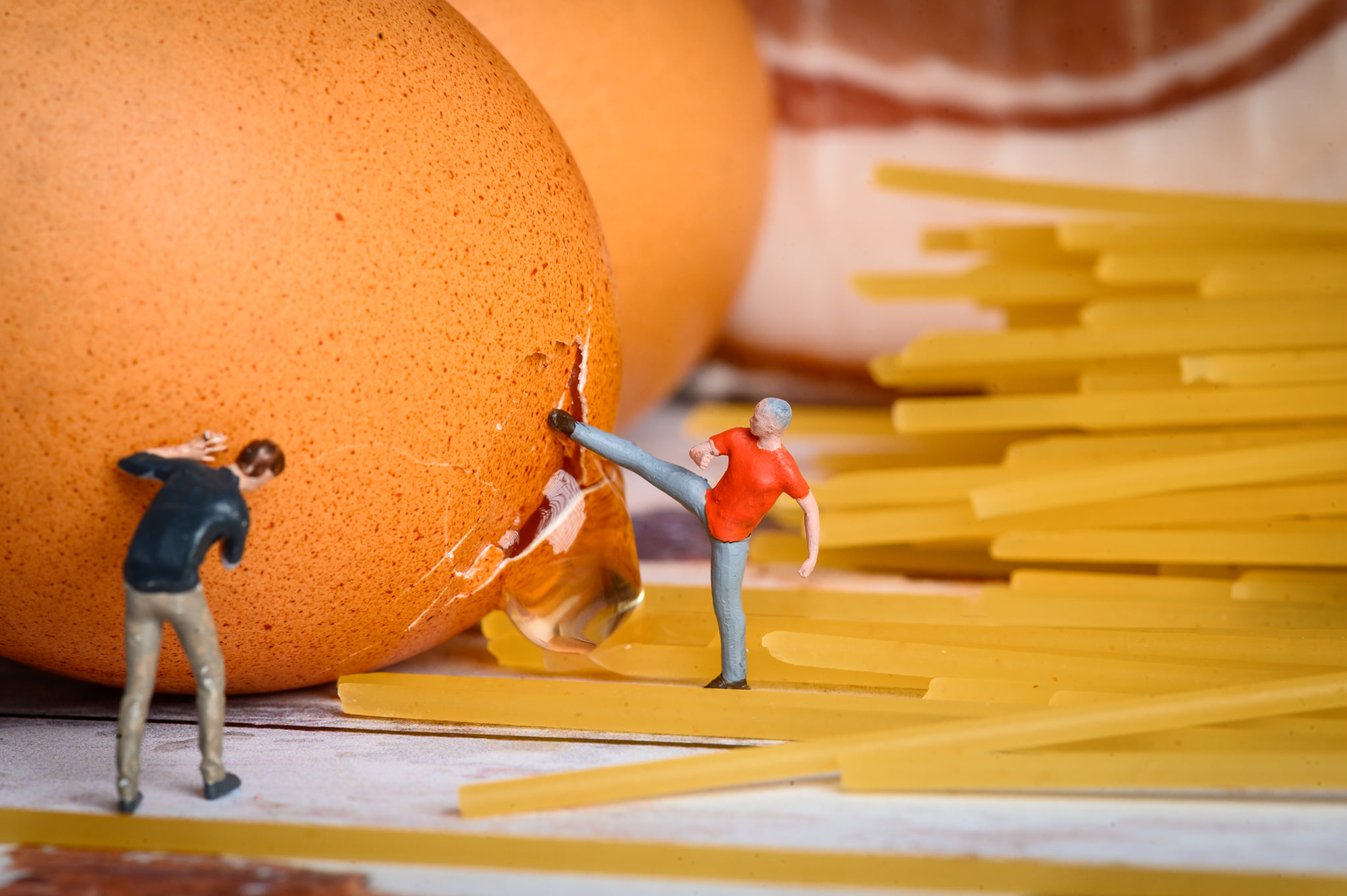 You might not think of a dish sponge as anything more than a dish sponge or a carton of yogurt as much more than lunch. Arts Peter Csakvari though sees the world through a unique lens. For the past five years, the Hungarian photographer has been using everyday objects to create tiny worlds.

Peter’s work won third place in the Sony World Photo Awards and it’s easy to see why. Not only does Peter’s work shoe incredibly imagination, but his photos are fully vibrant color and almost seem to come to life.
In an interview with Hungary Today, Peter said he developed an interest in photography as a child and would take photos of his LEGOs and other toys. Prior to launching his Tiny Wasteland series, Peter worked as a chef on cruise ships and his love of photography began to meld into his work.

“I just had my camera in the kitchen and I was too tired to go out so I decided to make photos of the food,” Peter explained. “I liked and somehow I just became a food photographer.”

As for the Tiny Wasteland series, Peter explained that it’s all about taking an up-close look at objects you might normally ignore. “Sometimes you see objects that are closer than you usually see, and it’s a very different thing … disgusting things can be beautiful if you’re close enough.”

Peter said that he’s always loved miniatures and when he was six, he found a brochure for model trains. “I was locked into the brochure. It was with me wherever I went,” Peter said. It wasn’t until years later, as an adult, when he happened to come across a train model shop and bought some of the small figurines that the idea for Tiny Wasteland would come to life. Once he got home, Peter began taking photos of the figurines and the ideas simply snowballed from there.

Almost nothing is off the table and the office incorporates everything from dead house flies to cereal and bowls of soup into his work. Using tiny figurines, Peter creates miniature worlds that can be both lighthearted and darkly tragic at times.

Peter’s work has been featured on Bored Panda and you can see more by following him on Facebook and Instagram.