Scott Scheidly is an Ohio-born artist who wants us all to take life a little less seriously. In his website biography, Scott begins by telling us of his first ever artwork: “At age four, I attempted my first art project by devouring a 10 pack of crayons thus turning my diaper into a Jackson Pollack.” Fast forward to now, and Scott has not lost his love of color.

His ongoing ‘Pink’ series is a collection of brightly colored portraits of history’s most famous people, who have each been given a fabulous makeover. His hilarious works have gained international attention – and it hasn’t always been positive.

We caught up with Scott for some insight into his controversial series.

What inspired you to begin the Pink series?

The “Pink” series explores the cultural and social implications of color and symbology and how the predefined notions that accompany these perceptions can alter one’s identity and subsequent world view. By incorporating either hyper-masculinized or historically infamous figures, it further drives the point home, making a mockery of the subjects through biting socio/sexual satire. 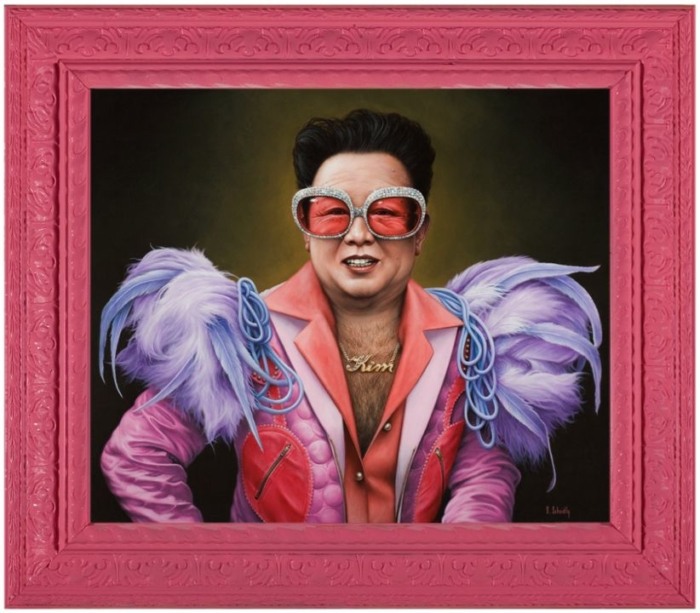 Who was your first subject?

The first piece was for a Quentin V.s. Coen themed art show for SpokeArt Gallery, where I painted the Hitler character from the Inglorious Bastards movie.

How do you choose which iconic figures to depict?

I pick the most evil dictators or the most bad ass pop culture figures so that there’s a good juxtaposition between color and perception. 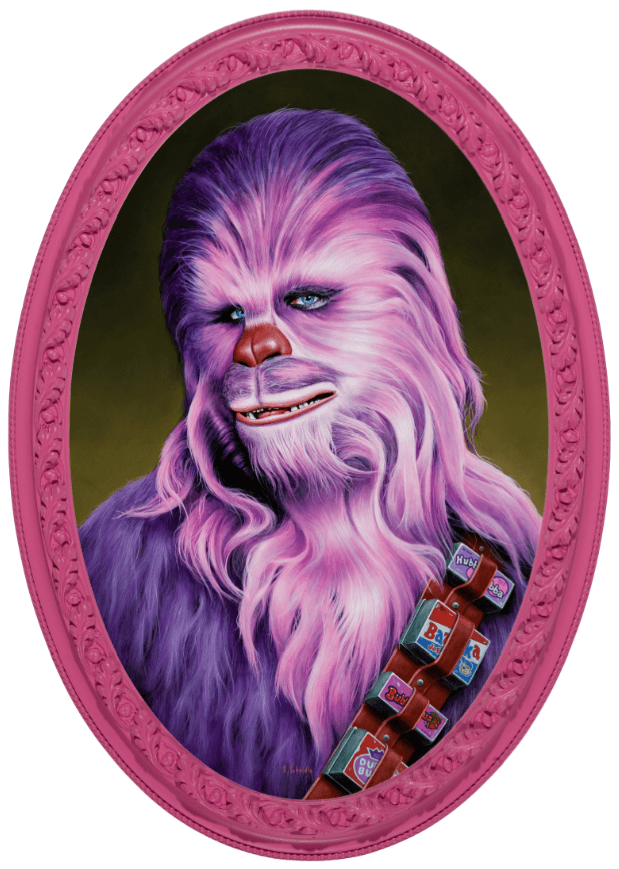 Do you have a favorite piece from the Pink series?

I can’t really say that I have a favorite, but I will say that Hitler is my preferred subject to paint for obvious reasons. 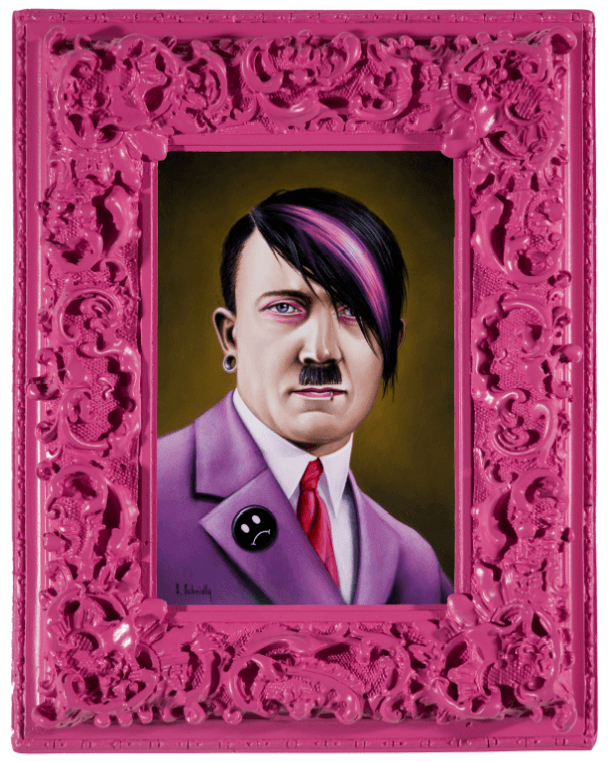 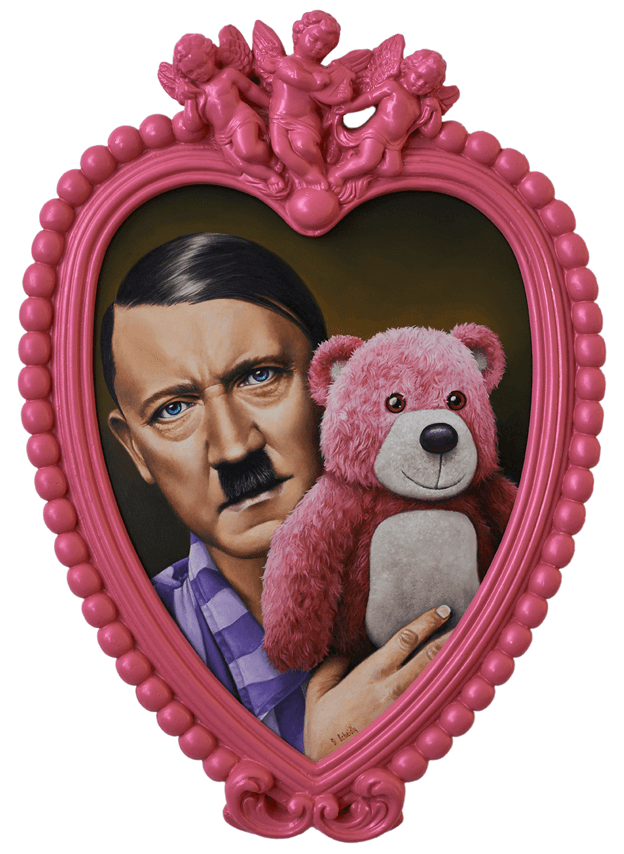 Is there an overarching feeling or message you hope to pass on to your audience?

Don’t take things too seriously, learn to laugh. More than anything, that is what these paintings are about. I’m definitely not trying to make these characters likable at all!

Have you ever had any backlash or controversy over your Pink portraits?

Yes, a bunch of times. Putin followers don’t like my Putin pieces. I had a woman at the gallery lose her sh*t over my pope piece. I had some Star Trek fans suggest I kill myself for the Spock piece and I lost at least 200 people of my mailing list when I sent out an image of “Ass Clown” (Trump). 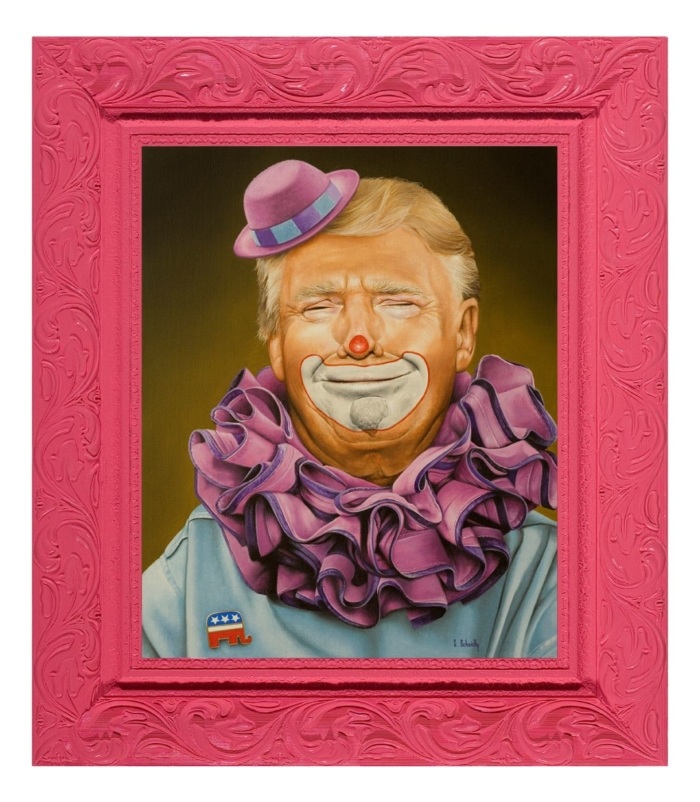 What are you currently working on?

Hamilton, Jefferson, and Queen Elizabeth. QE will be the first female in the series.

If you could go back in time to when you first began making art and give yourself one piece of advice, what would that be?

Brand yourself. Market yourself. Being a good artist is barely half of it.

What are you most inspired by, fascinated with or interested in at the moment?

Quantum entanglement, hallucinogens, aliens, what’s buried on Oak Island, and the bombardment and effect of overstimulation on the human mind. 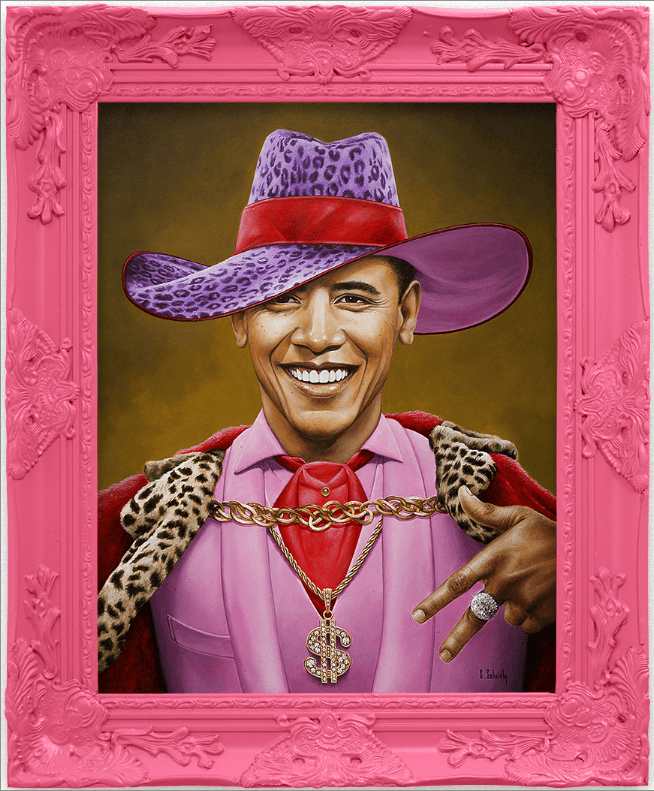 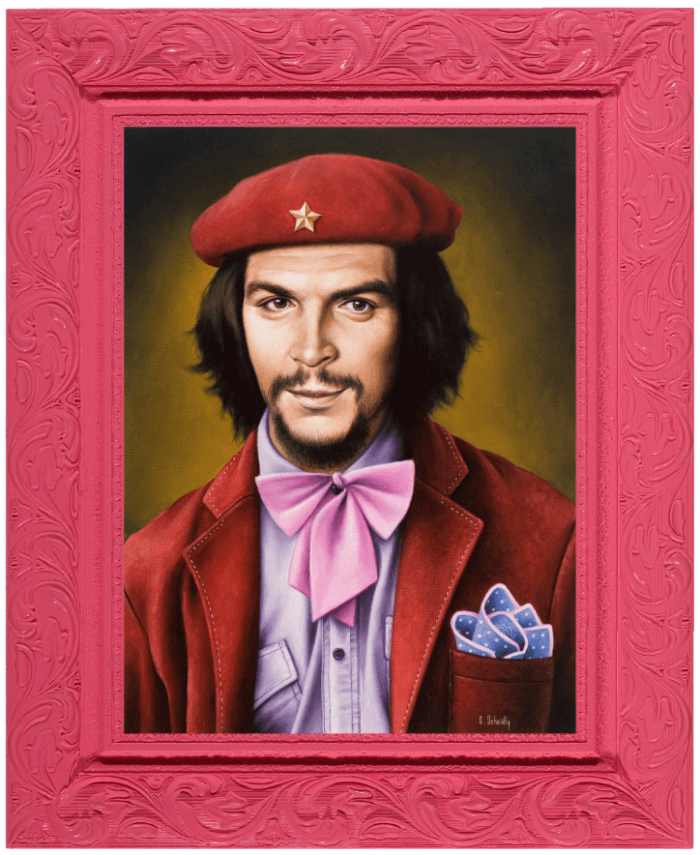 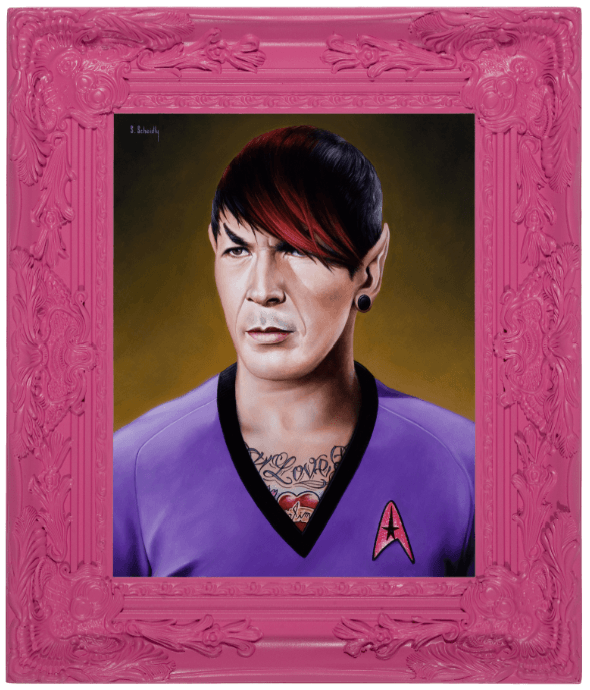 View the whole Pink series, and more of Scott’s work at www.flounderart.com