These Photographs Show Us What Happens When Science Meets Art

“Ultimately, science can tell us the how of the universe, but never the why. I hope to place these images somewhere in the gap that falls between these two cardinal questions.”

Laura Skinner sits somewhere between self-taught artist and scientist. In a project that celebrates the joyous discoveries of childhood science called Experimental, she recreates a series of cool experiments that demonstrate concrete scientific principles, and then photographs them in ways that make the results appear magical.

Skinner received a BA in literature in 2005, followed by an MFA in photography in 2009. But it was just 3 years ago, when a friend showed her how to safely light her hand on fire using dish soap, lighter fluid and water, that true inspiration struck.

Laura began attending science fairs and reading elementary level science books to find the experiments she wanted to recreate. She uses things bought from the supermarket and hardware store, and stages them in the backyard or basement of her home in Louisville, Kentucky.

It appears that a a keen fascination and natural affinity with scientific principles runs in her family. Her father once won a Guggenheim grant to write poetry about CERN’s particle accelerator. Neither of them have any background in science.

Her experiments take moments to execute, but hours to perfect for the camera. For one of them where she uses a matchstick and tinfoil to create a rocket launcher, she performed the experiment more than 150 times to get the perfect shot.

Take a look at the results of Laura’s patience and clever photographic tricks below, and you will see that it is all worth it.

A ball of ice made of tonic water, which contains quinine. Quinine is fluorescent under UV light. 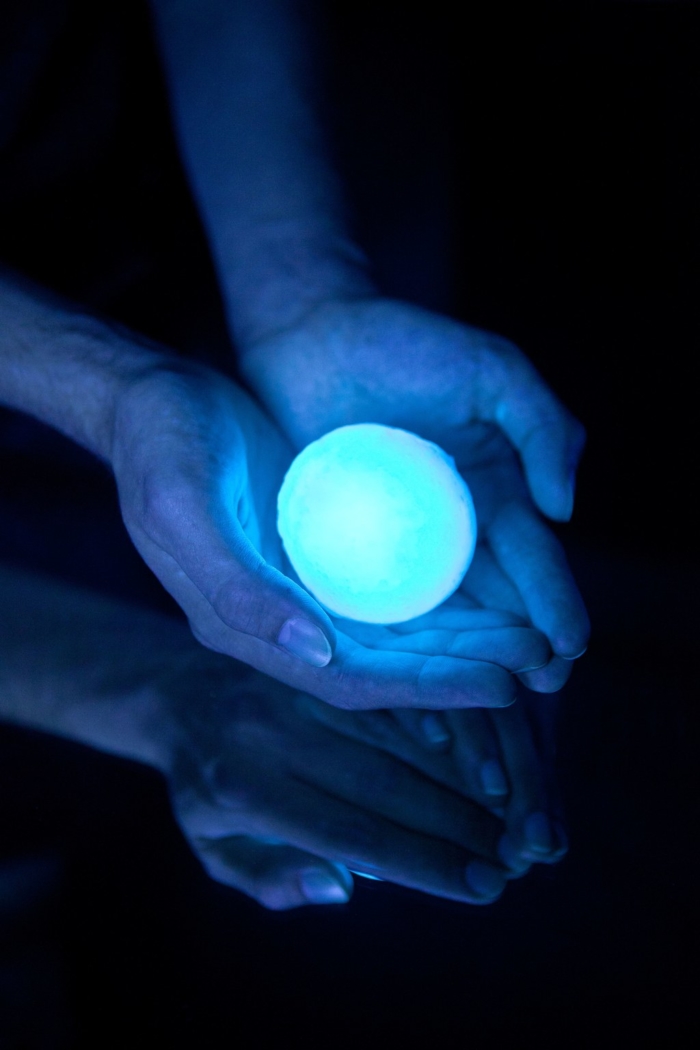 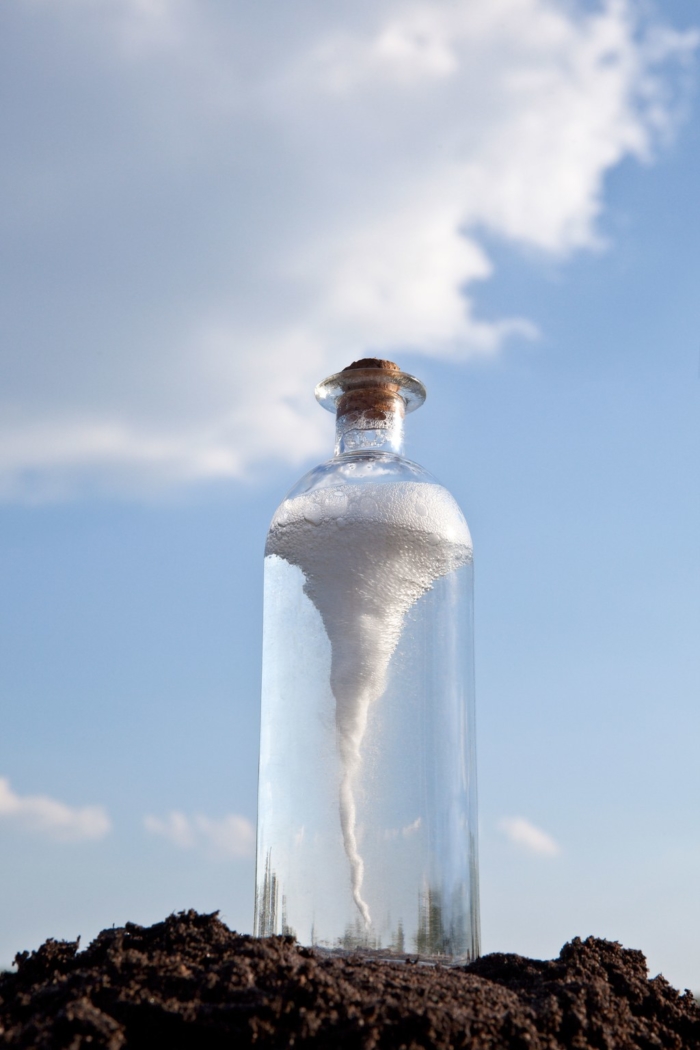 The contents of fluorescent glow sticks splattered across a bath tub to mimc glowing stars. 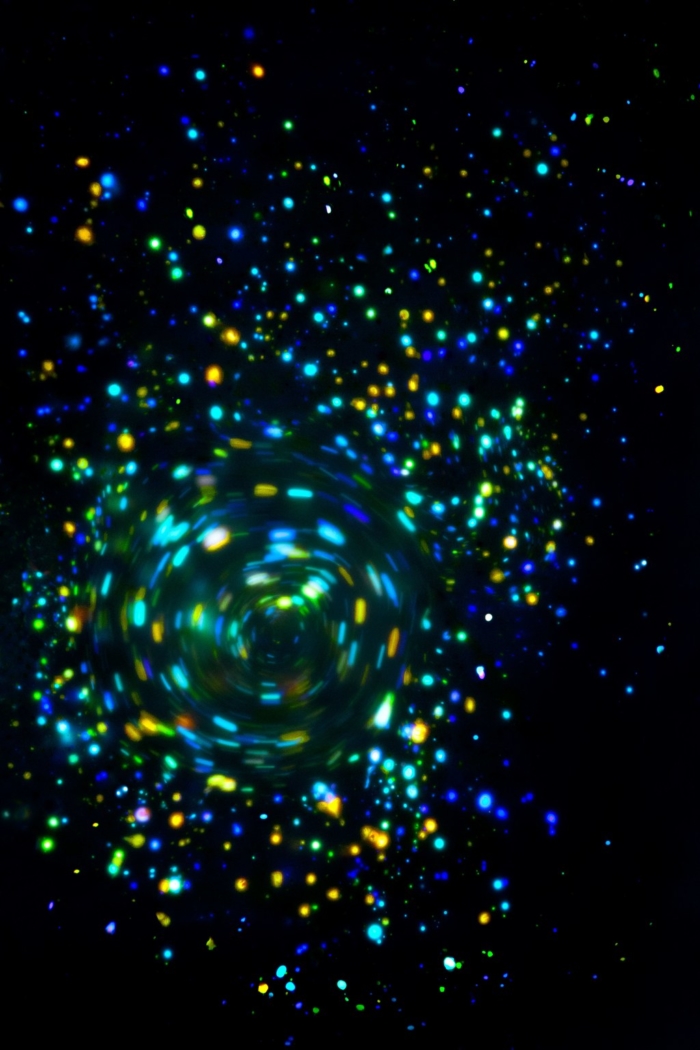 A hand doused in a solution of lighter fluid, dish soap and water, and then lit on fire. 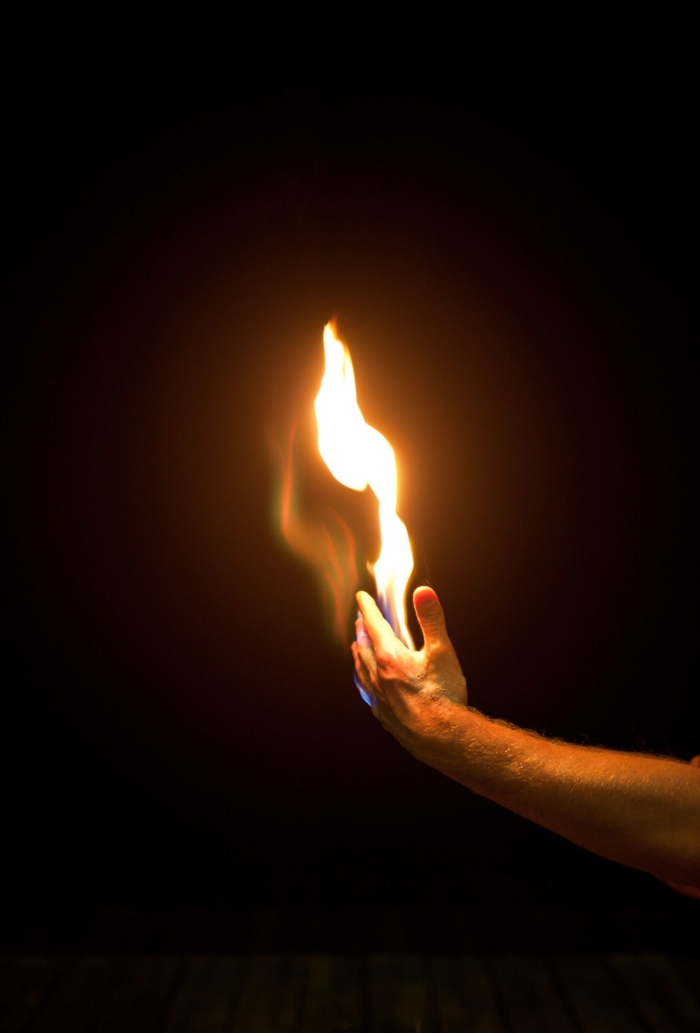 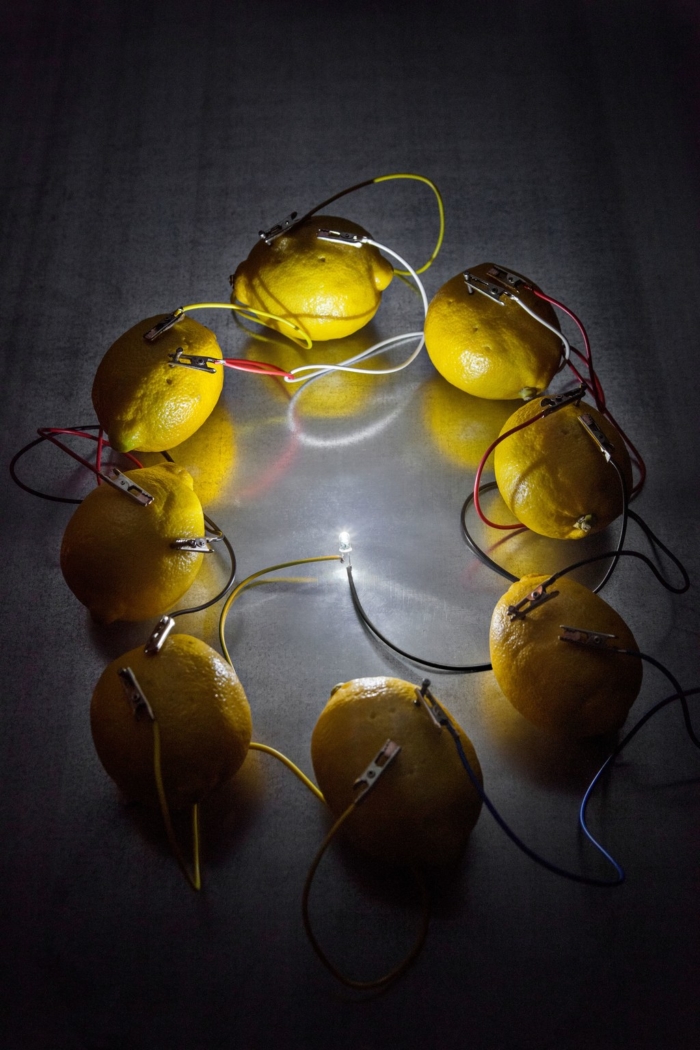 A cloud of smoke lingers in mid air, mimicking how clouds form in the sky when invisible water vapor condenses into droplets. 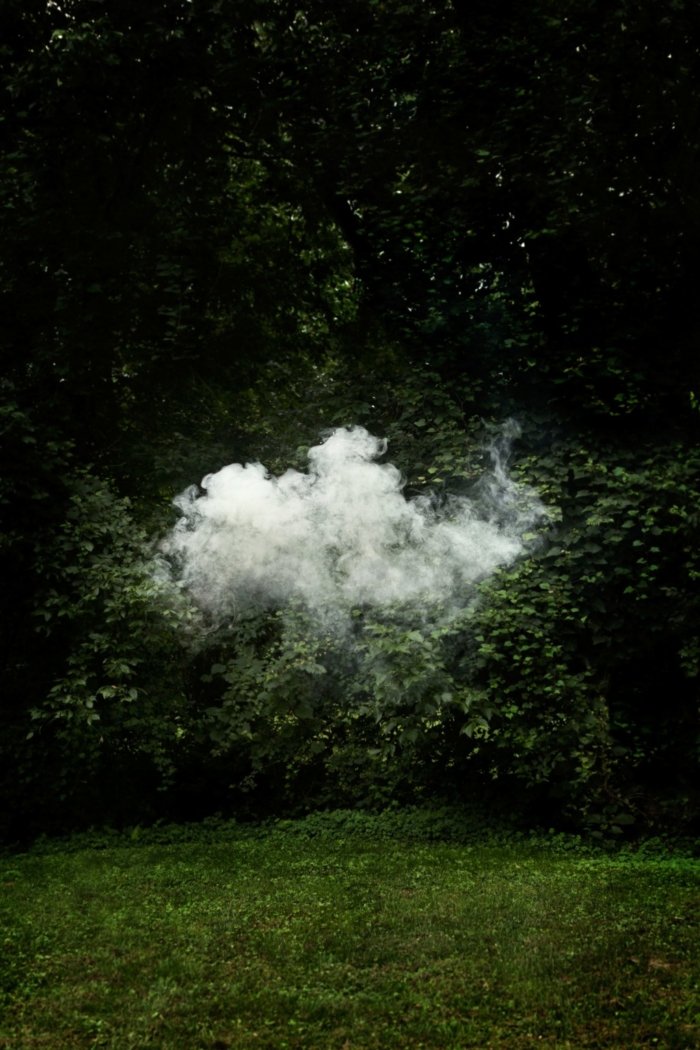 Mist across a sunny backyard creates a rainbow. The water from the hose acts as transparent optical elements, showing the light waves from the sun in a full color spectrum. 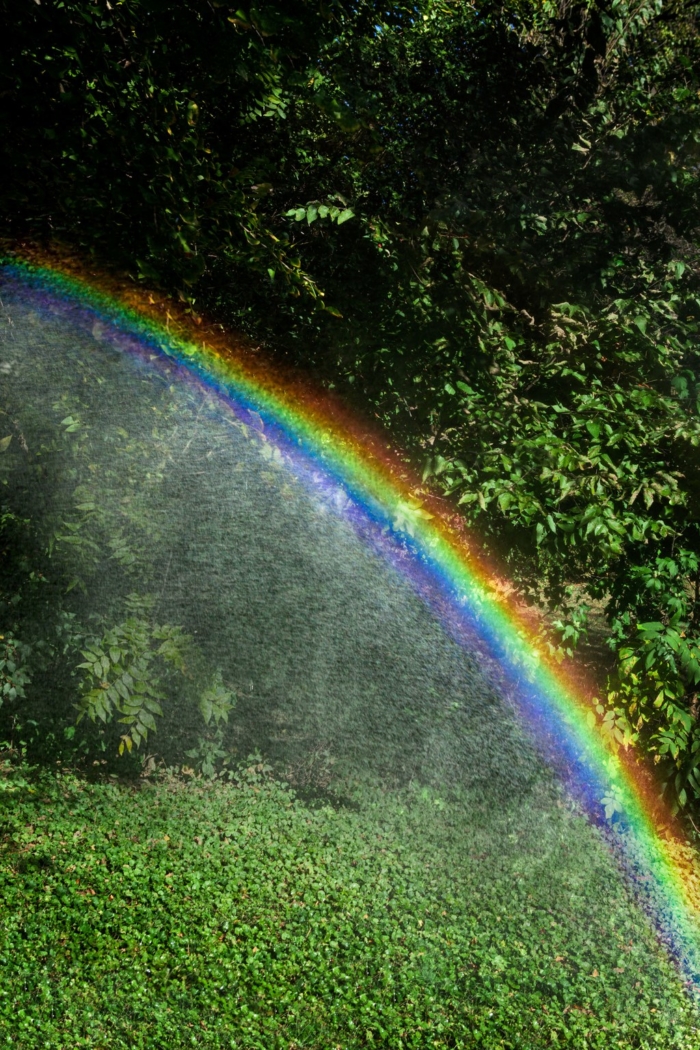 A magnet moves erratically, attracted and repelled by the 3 opposing magnets on the pyramid’s edges, illustrating magnetic force. 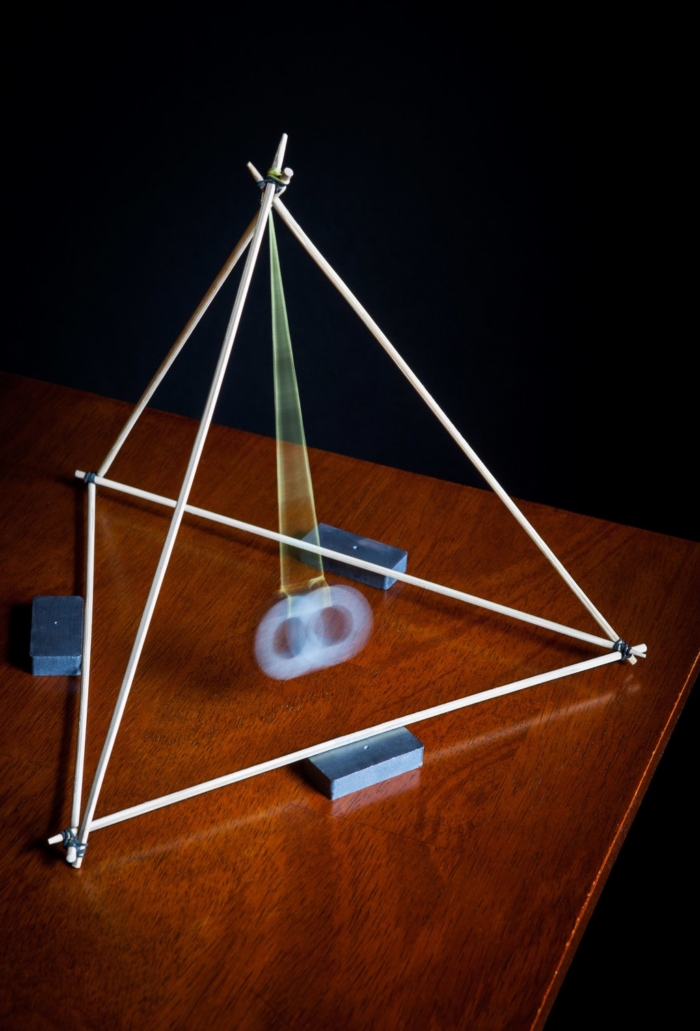 Matches wrapped in aluminum foil are placed inside a glass and lit, momentarily trapping the smoke – then poured onto a mirrored surface. 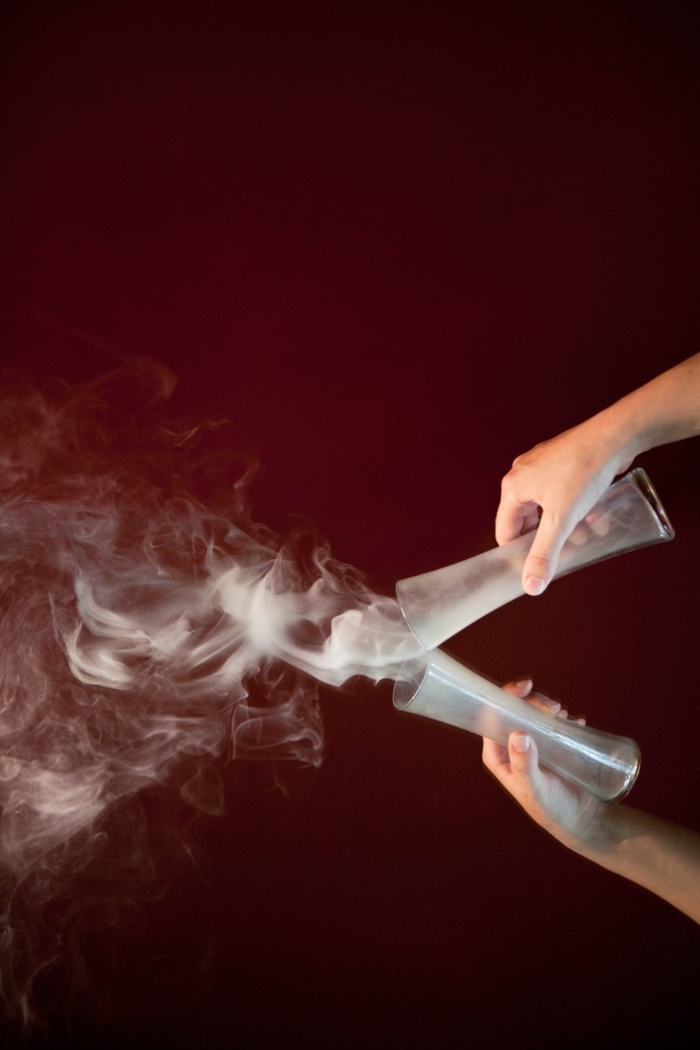 A matchstick is wrapped in a cylinder of tin foil. It’s then lit and launched of a bamboo skewer, sometimes traveling up to 10 ft.

The foil acts as a combustion chamber: when the match head burns, it builds up enough pressure to launch the rocket from the base. 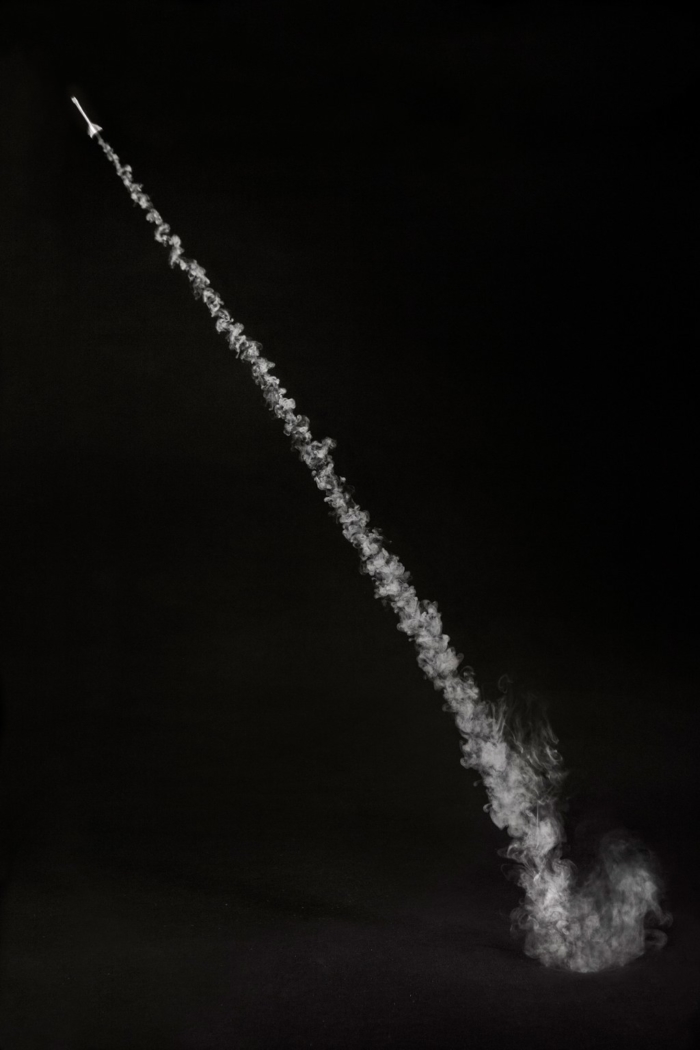 Blue food dye is placed in a glass of fresh water (left) and salt water (right). It’s placed on a mirror outside, reflecting the sky. Since the salt water has a higher density, the dye floats on top, rather than dispersing throughout the glass. 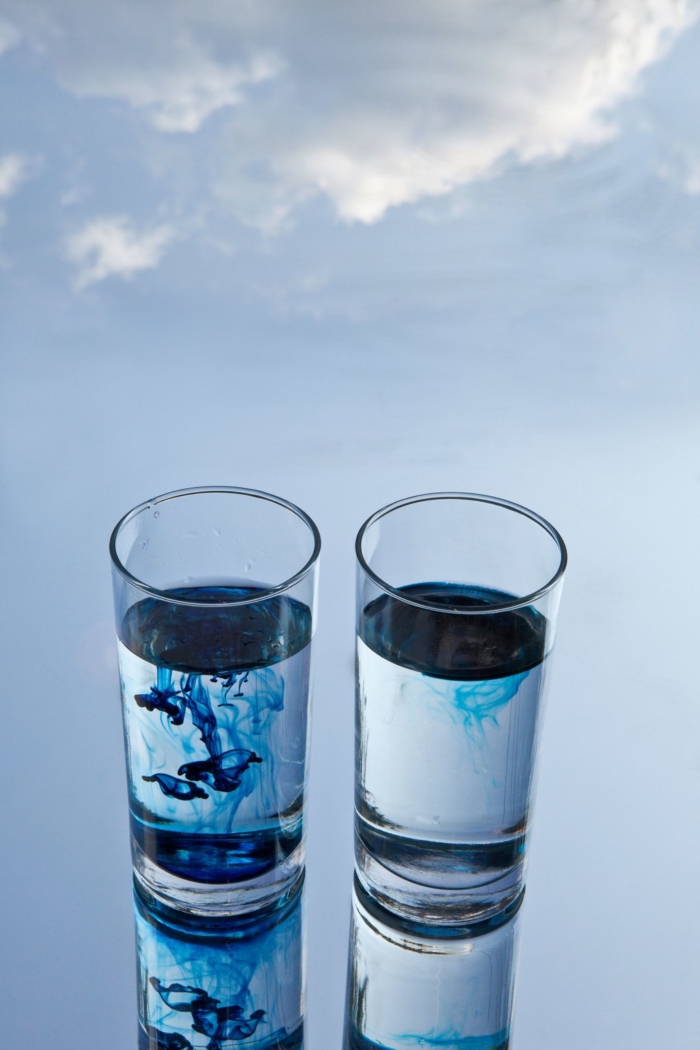 Light refracts and disperses through prisms in a white box, showing the full color spectrum. The separation of white light into these colors, called dispersion, happens when light waves pass through a transparent optical element, like a prism. 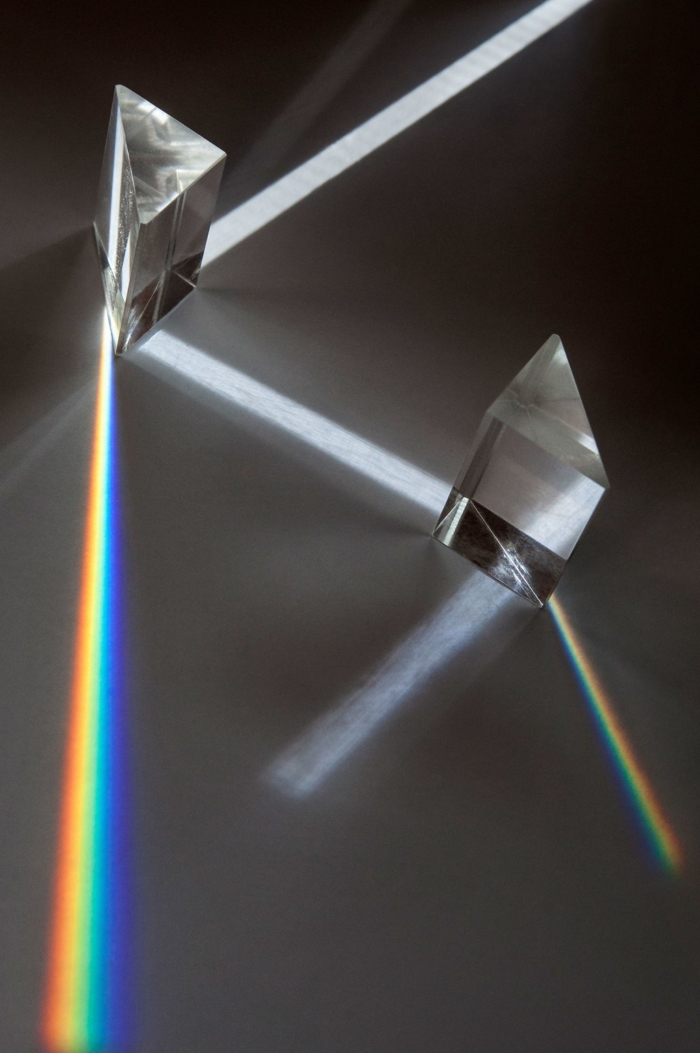 The illusion of a functioning lightbulb is created by beaming a single laser into its centre. This demonstrates the diffusion of light. 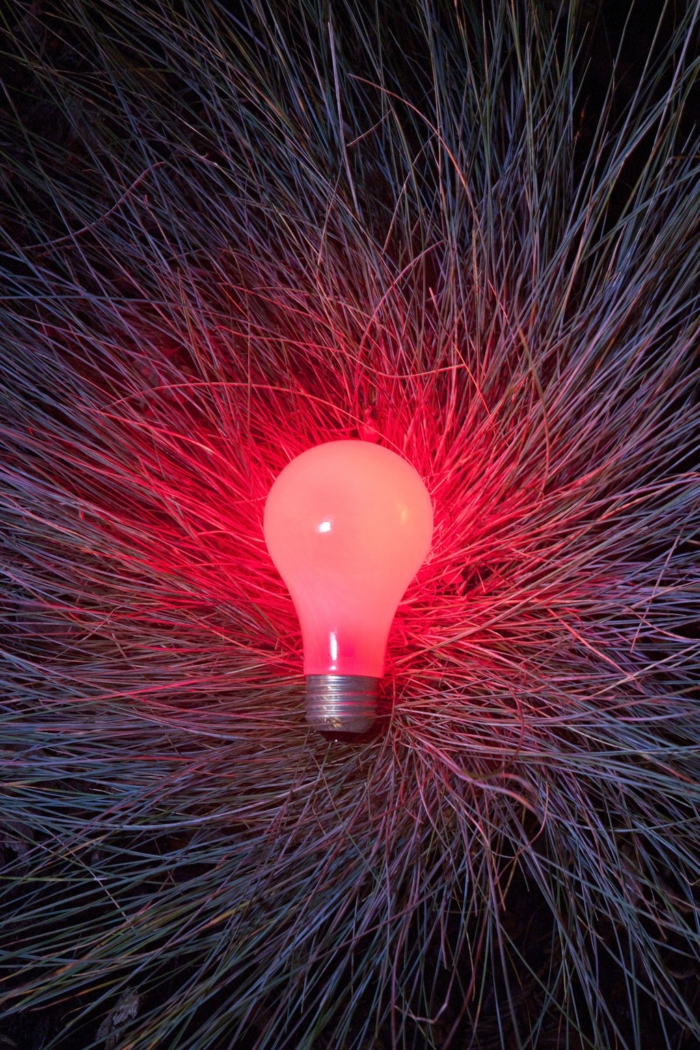