These Paralyzed Musicians Can Play Music With Their Brainwaves

These Paralyzed Musicians Can Play Music With Their Brainwaves
The mind really can do incredible things.
Read More

The mind really can do incredible things. For those who suffer from severe motor impairments, their brain is their most valuable asset (Stephen Hawking is someone who has this type of paralysis). Their thoughts, expressed through a series of eye movements, are how they communicate with the world. But more recently, it’s how they are able to create beautiful musical compositions despite their challenges. Through the power of their mind and the aid of technology, four musicians – now completely paralyzed – are able to express themselves through their own songs.

In 2015, the motor-impaired individuals were given a chance in the spotlight. Plymouth University’s Interdisciplinary Centre for Computer Music Research and the Royal Hospital for Neuro-Disability in London collaborated on a special, hi-tech string quartet. Spearheaded by professor Eduardo Reck Miranda, it featured people who are “locked” into their bodies – their brain is fully functional but they’re unable to move or speak. Before this happened, they were all musicians (some very active) and thanks to the unique project, they were able to exercise that part of themselves again. Here, however, they disregarded physical movement and instead tapped into their minds.

So, how did this work? In short, it’s a brain-computer interface that bridges the gap between what these people think and what’s happening outside their bodies. The musicians wear stretchy, cap-like devices that read their brainwaves, which access what’s going on through electroencephalogram (EEG) technology. It can’t read people’s thoughts, but they do measure brain activity in the visual cortex. 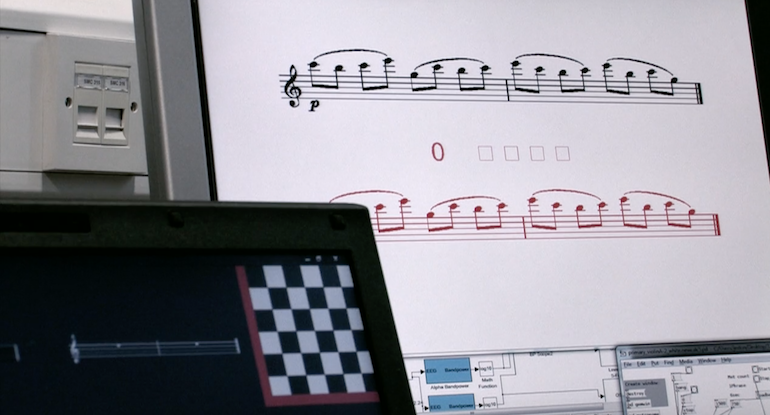 Playing Music With Their Brain

To create a sound, there’s a computer screen placed in front of a musician. They then selected one of four options by looking at corresponding lights, which featured hundreds of musical phrases of two bars each. Once the impaired person made their selection, that information was sent to the nearby able-bodied musician. The person holding the stringed instrument acted as a proxy who played what their motor-impaired counterpart picked. Each of the patients was paired with their own proxy, and together, the conductors combined their musical selections into a rich composition. You’d never realize it was created with this fascinating brain-computer approach. 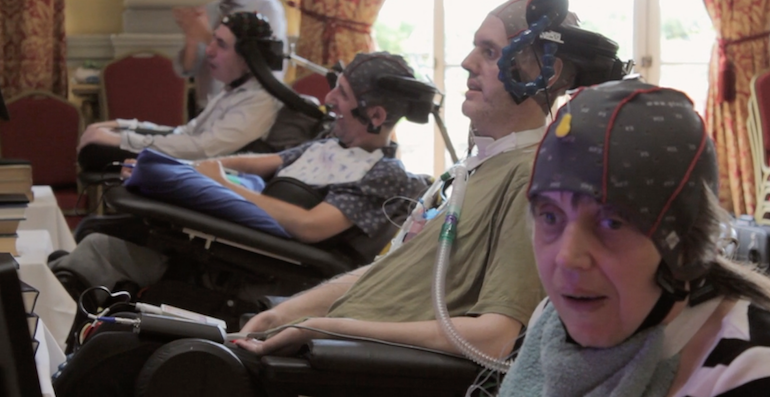 The quartet (technically an octet) played in front of a small public crowd and drew a positive response – from both the audience and musicians. A short documentary called Paramusical Ensemble details the performance. 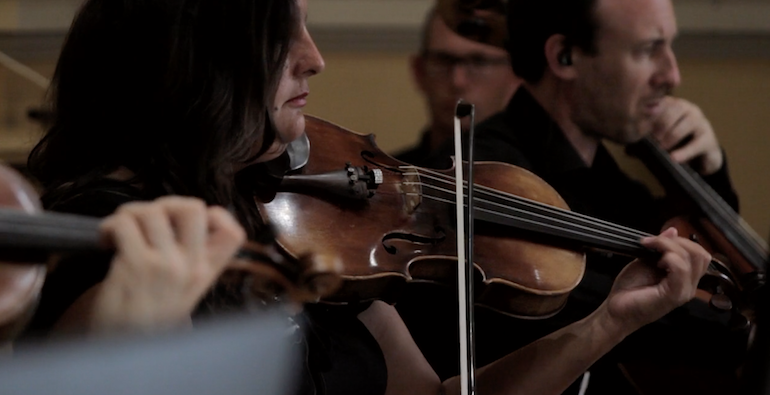 Afterwards, the consensus from the motor-impaired folks was that of joy. They unleashed their creativity in a new, rare way – and in a form that’s interactive as well as collaborative. To produce a harmonious sound, the musicians listened to what their fellow cohorts were playing and selected notes that would work well together.

Aside from the performance aspect, there are other opportunities with this activity. If a severely paralyzed person can express themselves through these sounds, it’s poised to make a positive impact through music therapy.