Artist Chilly Philly Crochets the Most Incredible Food-Themed Hats
Chilly Philly started to crochet his hats a few years ago, and has since become an internet sensation.
Read More

Melbourne-based Phil Ferguson, aka Chilly Philly, has a very unique body of work. He started to crochet vibrant sculptural hats and shoot them for his Instagram a few years ago, and has since become an internet sensation and an internationally distinguished artist. We caught up with Phil for an insight into his colorful creations.

How did you find your way to crochet?

I studied fine arts a few years ago, and through that I developed a decent artistic sensibility when it came to presenting work. After moving to Melbourne two years ago, I realized I had to find a way to make friends that I had similar interests with.

I already knew how to crochet at this point, and I had the idea of making crocheted hats. I guess through trying to update weekly and riding the wave of its success, I’ve gotten to where I am today! 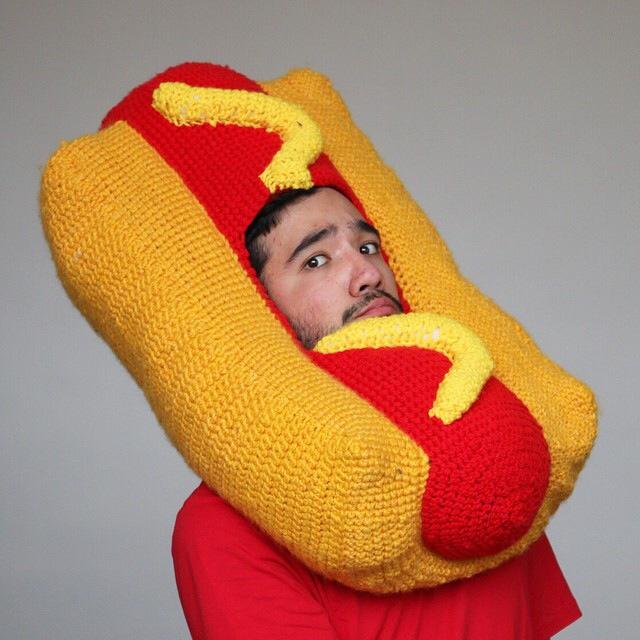 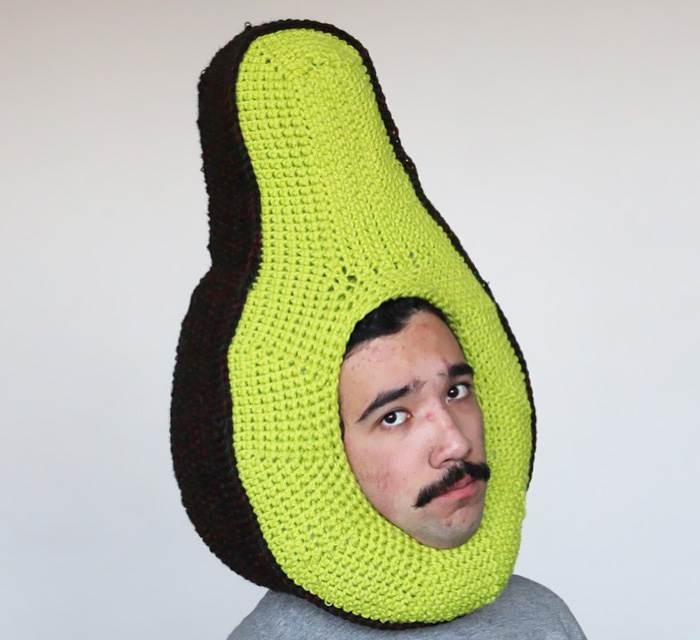 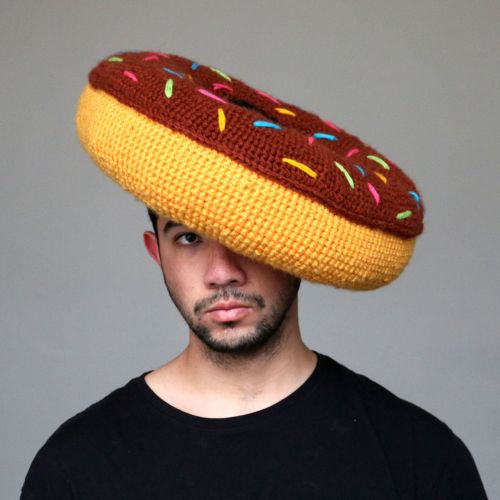 Who taught you how to crochet?

I taught myself how to crochet from Youtube a few years ago.

Where do you source your ideas for each hat?

I never source ideas, they just come to my head and I go straight to creating. Everything is essentially a first draft. 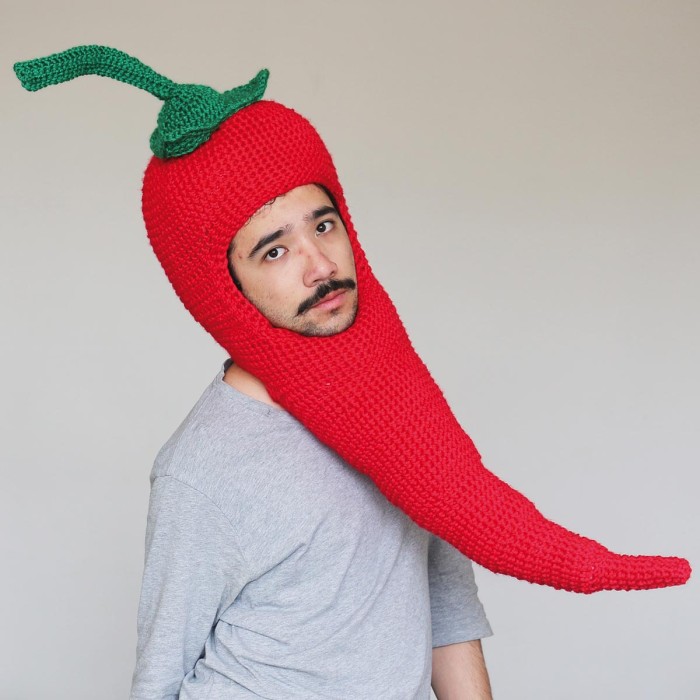 Is there a reason you are drawn mostly to food as your subjects?

The main reason I go to food for inspiration is because I used to work in hospitality and that is how I ended up making the first burger hat. After seeing how everyone loved it, my brain just kept going to making food hats. 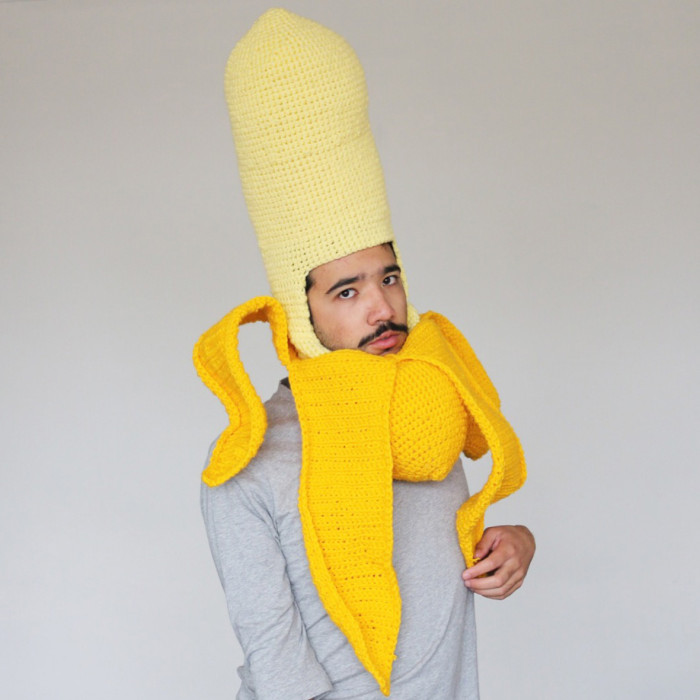 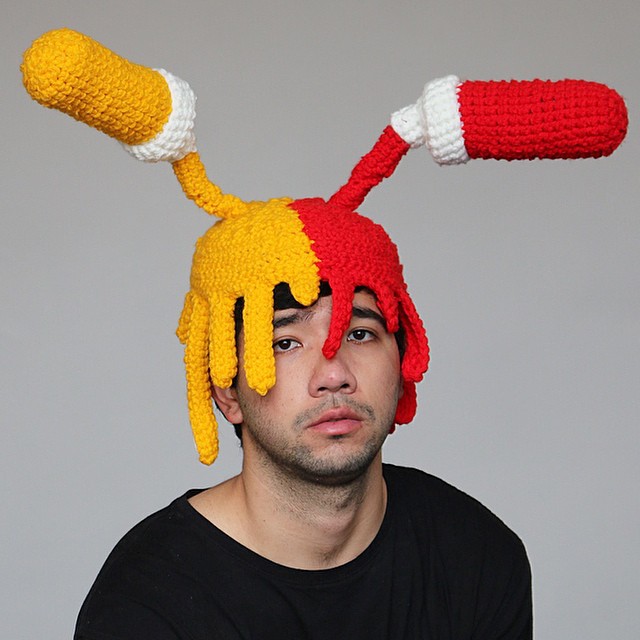 Which has been your most difficult hat to make?

Anything with intense detail has been pretty hard to make. Making lots of small parts is alright, but then you have to combine them all together and that can be tricky.

Do you have a favorite piece of yours?

Not really, I’ve gotten used to liking them all but these days, I don’t have one that I love the most over the others.

Which artists inspire you?

I don’t really have any artists who inspire me in the sense on influencing what I make, though I do appreciate the art of drag and the theatrics of it. That’s how I thought of making wearable pieces, for my own drag. 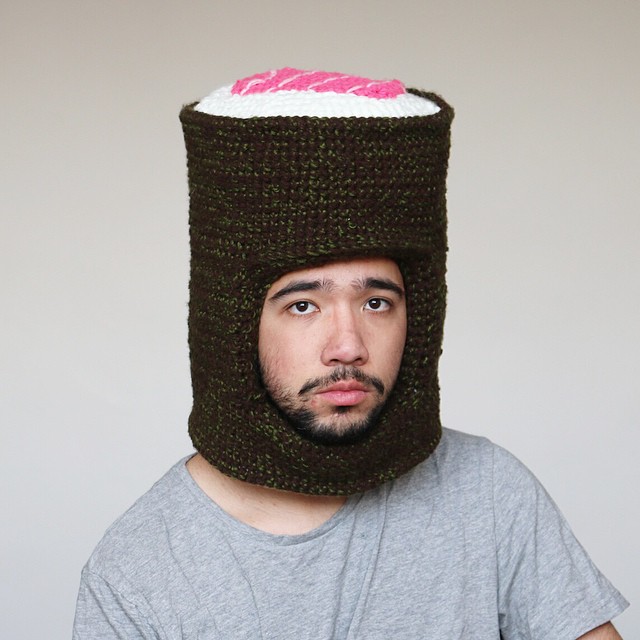 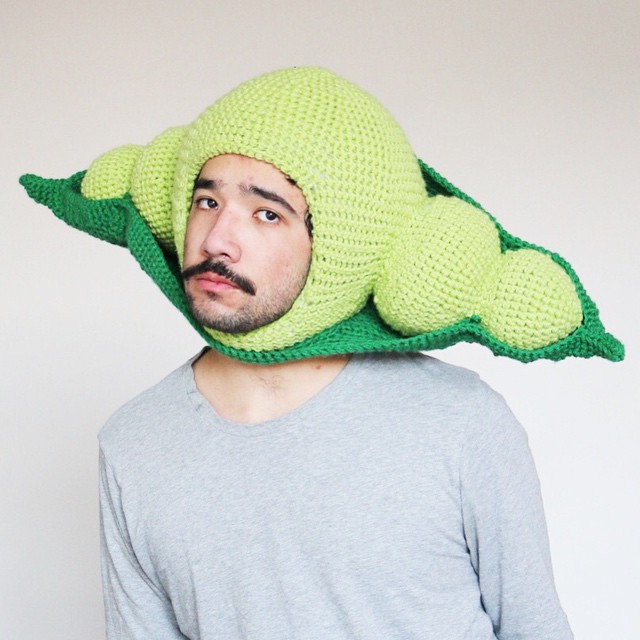 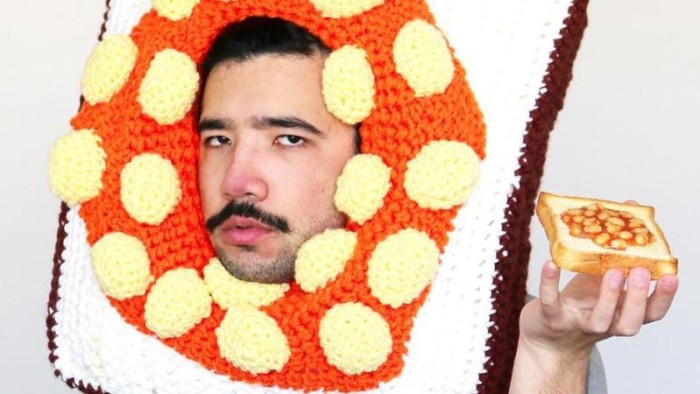 What has been your most significant moment as an artist?

There’s been so many! Going viral twice was definitely fun, but also being on TV a lot has also been a lot of fun as well!

The first time I went viral was December 2014 and it was after I had my first story was published in Frankie Magazine. I got contacted by the Huffington Post and Buzzfeed within a few months of starting, and it helped gaining a lot of followers.

The second time was after I had recorded an interview with the BBC and got featured by Instagram itself. After that I was contacted by lots of media (especially television and radio) and that’s how I have gotten to the point I am today.

Where did you grow up and how is creativity celebrated in your culture compared to other places you have lived and worked?

I grew up in Western Australia. I’ve always been into art and creating, but my current practice is definitely informed by living in Melbourne, where creativity is embraced and the culture here is very strong. I wouldn’t be doing what I do today if I was still living in Perth.

Have you ever collaborated with another artist? Is there someone who you dream to collaborate with?

I’ve only really face-to-face collaborated with one other artist, Mark Smith. I would love to collaborate with many other artists though, as long as our ideas and aesthetics work together! 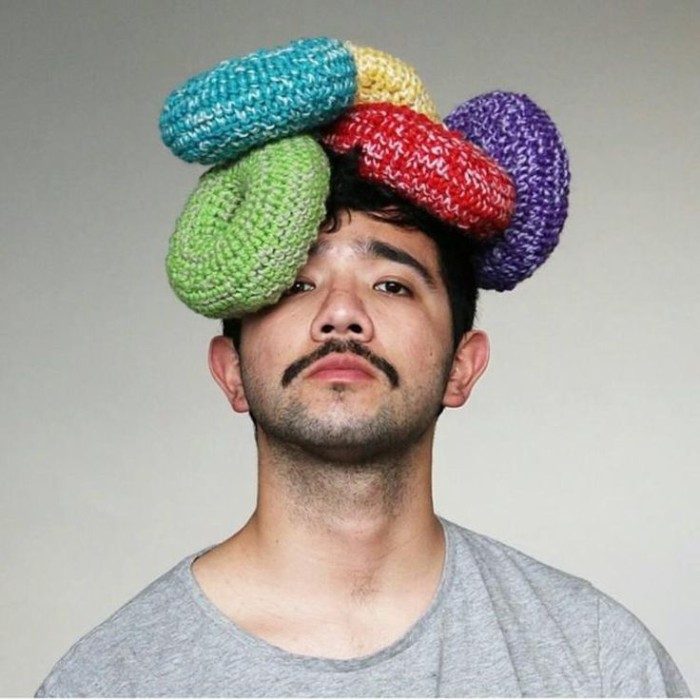 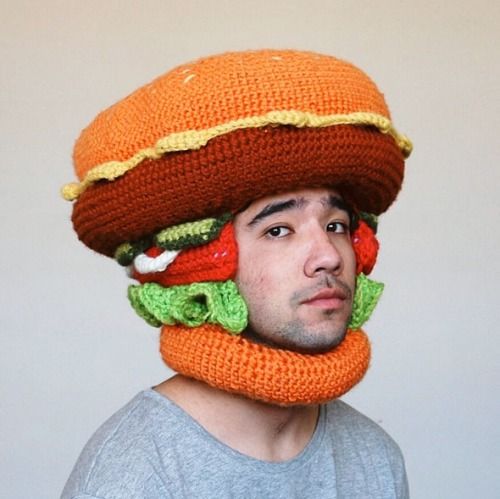 I want to find a role which allows me to keep creating my work but also is separate from just making hats for a living.

I guess it would be something related to what I do, but doesn’t actually involve physically creating work. Maybe something such as being a correspondent for TV or a similar role which uses my skills and knowledge as a visual artist, but also my personality.

What is next for you. What are you working on now?

I have so much happening within the next few weeks, lots of exhibitions and performances. Hopefully I can get through all the work!

Keep up to date with Chilly Philly’s latest creations on Instagram @ChillyPhilly.