Trendy Supplement Can Damage Your Organs And Make Your Skin Blue

You may have begun to encounter the use of colloidal silver as a supplement in recent years. Whether it’s been recommended by a friend, you’ve stumbled across it in the back aisle of your pharmacy, or perhaps you’ve heard Gwyneth Paltrow on Dr Oz espousing its benefits in all her Goop-y glory, the use of collodial silver is on the rise. Collodial silver has been adopted as a supplement to fight infections and keep diseases at bay, sold as a ‘natural antibiotic’ for those who find comfort in alternative medical treatment.

Ms Paltrow swears by its use, particularly when traveling, she claims to spray it liberally on her airline seat and place a drop under her tongue because it “really keeps viruses away”. However, more than being a slightly inconvenient spectacle to airline staff, the use of colloidal silver is a genuinely worrying trend with some wild and debilitating side-effects. 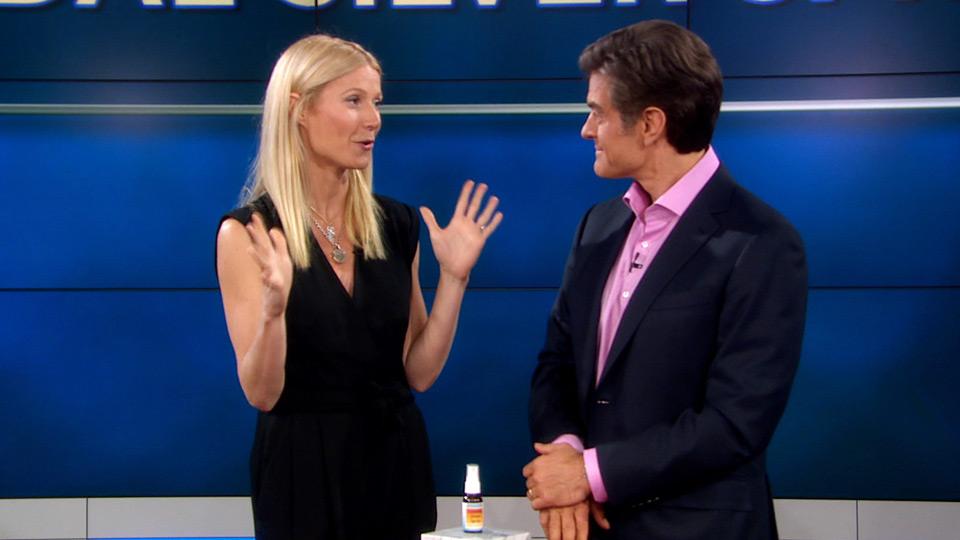 Paltrow talking about the benefits of collodial silver on the Dr. Oz show.

The use of silver as a medicinal aid has a long-established history and has been recognized for its anti-bacterial benefits since Roman times. In AD 78, Pliny the Elder noted that the remnants of silver leftover from smelting aid in the recovery of wounds when combined with plaster. Centuries later in the middle ages, monks promoted the use of silver nitrate (a salt formed by the reaction between silver and nitric acid) to effectively treat burns and ulcers.

In isolated settings, ionized silver has occasionally been shown to be remarkably good at killing microbes in a mechanism that is still little understood by the medical community. Researchers are unsure whether silver’s antimicrobial properties are a result of the release of germicidal ions or a result of some feature of their nanoparticle form (or perhaps both). A theory dubbed the “zombie effect” has been propossed in recent years whereby microbes soak up silver particles until they die.

Regardless of certain microscopic specifics, silver has been integrated into modern medicine as a topical treatment to dress wounds and coat equipment such as catheters, although its effectiveness in all areas is dubious, with studies indicating that silver’s healing properties are rarely effective enough to be statistically significant. Throughout the 1960s, silver nitrate was used as an eye-drop in American infants to prevent conjunctivitis after birth but the practice quickly lost favor due to the salt’s unfortunate ability to burn skin and cause severe eye damage. It is now generally recognized in the medical community that the antimicrobial benefits of silver are far outweighed by empirically-proven medicines and treatments such as antibiotics. There are also no known medical benefits of silver when it is ingested.

Back to colloidal silver. This solution that suspends silver nanoparticles evenly throughout a colloidal base, was first developed in the early 20th Century with the intention of providing a formula less risky than silver nitrate. While it has failed the test of time as a medicinal aid and official drug guidebooks stopped listing the product in 1975, that little dropper bottle has persisted in pharmacies as an alternative supplement.

This is problematic for three reasons: firstly, the amount of silver in these products varies wildly, secondly, silver can build up dangerously in the body, and lastly, it can turn you literally blue. Don’t worry, I’m excited to talk about the last one too.

FDA laboratory studies have found that the amount of silver in samples of colloidal silver products ranges from 15.2% to 124% of what is indicated on the label. This is highly problematic because it means that consumers have very little guarantee of the amount of silver ingested if they choose to, say, place a drop under the tongue like Ms Paltrow.

One 2009 study from Korea’s Dongguk University found that, when ingested, silver can build up alarmingly in the skin, liver, spleen and adrenals. While it was previously thought that silver could not penetrate the blood-brain barrier, the researchers stated that if injected, silver is able to accumulate in neurons and glial cells of the brain and spinal cord. Brain and nerve damage from colloidal silver is rare but it does happen and the formula has the potential to cause stomach distress, kidney damage, and headaches. 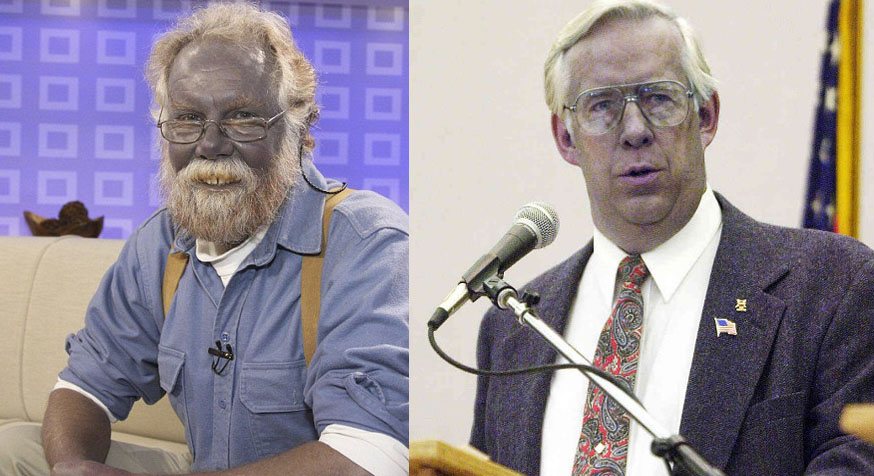 However, the most common side effect of colloidal silver usage, and perhaps its most fascinating, is argyria. Described as a cutaneous discoloration caused by ingestion of silver products, argyria is wholly recognizable due to the remarkable blue hue it causes in human skin. And I’m not talking, a little bruising or light discoloration, I’m talking full-blown, ‘this-man-has-been-dipped-in-ink’ blue. Some of the most recognizable sufferers of argyria include the 57-year-old Paul Karason who appeared on the Today Show in 2008 with his condition and Stan Jones, a libertarian politician from Montana. The condition has been recognized since at least the mid-19th Century and results from silver accumulating in the skin and reacting to light (in the same chemical process that makes silver so useful in film photography). The condition is largely irreversible and with depigmentation creams proving ineffectual in its treatment, patients are mostly forced to resort to minimizing sun exposure to prevent further discoloration.

Despite Gwyn’s claim, colloidal silver as an ingested supplement is not only ineffectual in staving off viruses and infections, it is a risky product that can damage internal organs and turn humans irreversibly blue.