A few months ago, the people of Arizona voted to keep marijuana illegal. It was a close vote – a mere 51% of the people voted against legalization. And, with so many states opening their doors to legal weed, a lot of people were surprised that Arizona didn’t follow suit.

There’s a reason, though. The biggest reason marijuana legalization wasn’t approved, according to experts, was a “lengthy, well-planned campaign to educate voter about the range of consequences” of legalizing marijuana, led by the Arizonans for Responsible Drug Policy.

That’s not just a group of concerned citizens – it’s a lobby group, bankrolled by a drug company called Insys Therapeutics. And now that they’ve stopped pot from getting legalized, they’re planning on filling the void by selling synthetic marijuana. 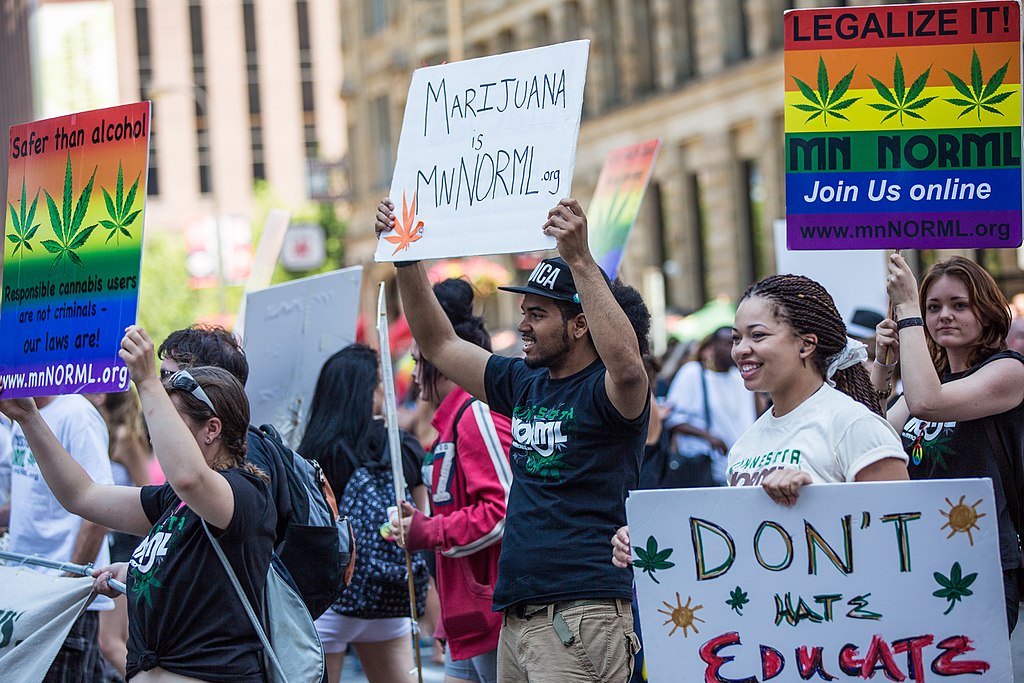 A Drug Company’s War On Drugs

This isn’t the first time Insys Therapeutics has gone to war against drugs. They’ve been fighting against marijuana legalization for years, lobbying politicians and sending out messages to people warning them of the dangers of reefer madness.

This, though, is their biggest move against legal marijuana yet. Insys poured more than $500,000 into campaigns against legalizing weed in Arizona, making up 1/3 of the money raised against the legislation. It’s the single biggest donation to any anti-legalization campaign in American history.

The problem with weed, according to Insys Therapeutics, is that it just hasn’t proven safe yet. “We hope that patients will have the opportunity to benefit from these potential products,” they’ve said, but only “once clinical trials demonstrate their safe and effective use.”

It’s a strange statement, in part because it’s not like nobody has been studying medical marijuana. There have been at least 60 peer-reviewed studies into the use of medical marijuana, and nearly every single one is wildly in favor of it.

But what makes it really strange is that Insys’s main product is fentanyl, an opioid painkiller that’s 100X more potent than morphine. The company that convinced Arizona marijuana was unsafe makes their money by selling a drug that is one of the leading causes of drug overdoses in the USA, and that, in 2014, killed more than 4,200 people in the US alone.

So how in the world can a drug company be fine with selling an opioid that kills thousands of people and object to a drug that has never killed anyone by overdose? It’s pretty simple – Insys doesn’t make any money off of legalized weed. And, as long as it’s banned, they can dominate the market with synthetic weed.

If that’s a conspiracy theory, it’s the most poorly-hidden conspiracy every pulled off. Insys didn’t even hide that they were developing synthetic marijuana when they campaigned against natural marijuana. And, four months after getting marijuana banned, they got approval to sell a synthetic THC drug called Syndros.

Their synthetic marijuana is now a schedule II drug, which means that it’s less controlled and easier to prescribe than natural marijuana. Even that was a compromise – Insys was pushing for even less restrictions on their new drug.

This Isn’t The First Time They’ve Been In Trouble

Getting caught using political lobbying to leave the market open to a synthetic drug, though, is the least of Insys Therapeutic’s troubles. Last year, they got in even more trouble when they got caught bribing doctors to push their opioid, a fentanyl drug called Subsys.

The former CEO and five Insys executives were all caught paying out doctors to prescribe their drug – which, as you’ll recall, killed 4,200 people in a single year. They gave doctors bigger and bigger payouts for prescribing more and more of their drugs, and threatened their own staff if they didn’t put enough pressure on the doctors.

This wasn’t just bribing doctors – Insys Therapeutics, the FBI felt, had blood on their hands. “This case should be something the medical industry and the general public should pay close attention to,” FBI Assistant Director Diego Rodriguez said. “It’s one of the reasons we’re experiencing an epidemic of overdoses and deaths in this country.”

There’s a chance Insys will actually suffer for this. They’re still struggling through the blowbacks from their last scandal. Doctors are still getting arrested for accepting bribes to prescribe Subsys, and, with so much controversy, most people won’t go anywhere near it. They’re selling less than half as much Subsys as they were last year, and Insys’s revenue has plummeted by more than 40%.

But this new synthetic marijuana is going to be the battleground that will decide whether drug companies get rewarded for their corruption or if they actually suffer the consequences. The company is counting on their synthetic marijuana to help them bounce back – and it might work.

There are two ways this can go. All of Insys’s corruption might pay off. With so many challenges blocking access to natural marijuana, people might buy Insys’s synthetic drug in droves and all the company’s dark deals might make them a fortune. Or maybe – just maybe – people will remember how Insys got their drug on the market. Perhaps, when a doctor prescribes Syndros, people will insist on something else – and a drug company will actually suffer the consequences.