There is a fair number of circulating misconceptions out there about proper nutrition; some based on misinformation, and others on outdated research. Here are the ten biggest common food myths – and how they have been debunked by science.

1. Dairy is necessary for healthy bones 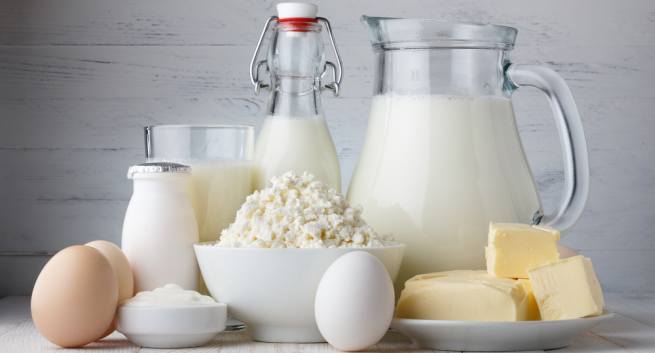 Milk and dairy products are widely known for contributing to healthy bone formation because of their high calcium content. Luckily for people who don’t enjoy or can’t digest dairy, it is possible to have healthy bones without consuming milk products. Other foods that are rich in calcium include dark leafy green vegetables like kale and swiss chard, sardines, tofu and broccoli. The University of Missouri Nutrition Mythbusters point out that many foods are now fortified with calcium, like orange juice.

2. Eating eggs will bring up your cholesterol 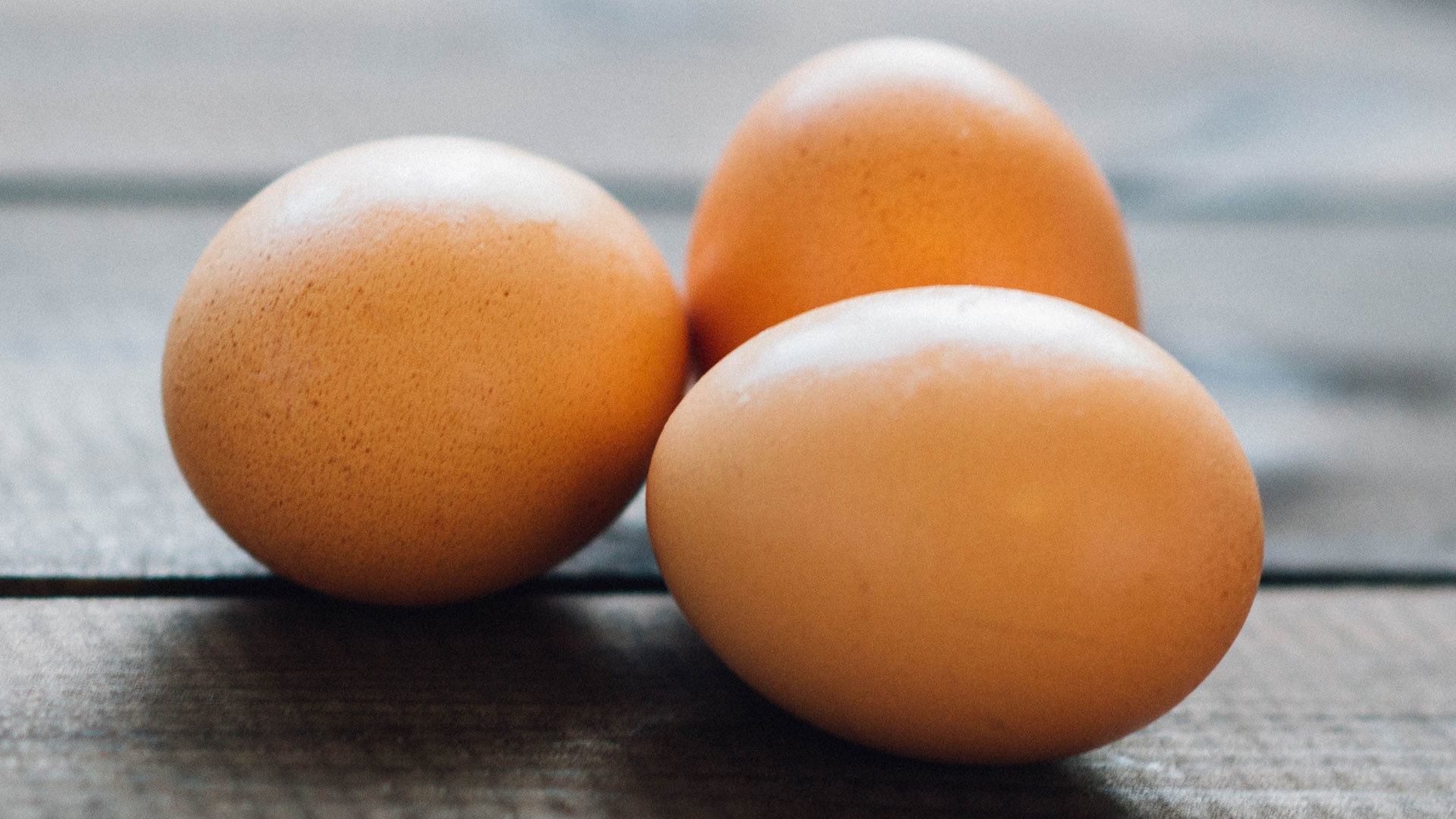 Eggs are high in cholesterol, with a large egg containing 186 mg of cholesterol in its yolk. High levels of cholesterol in the blood have been linked to an increased risk of cardiovascular disease. For many years, this lead physicians to advise limiting the number of eggs consumed in the diet. However, several studies have called into question the assumption that eating eggs will translate into heart disease. Research shows that the effect of eating eggs on blood cholesterol levels is minimal compared to that of saturated and trans fats. According to the Mayo Clinic, healthy people can eat up to seven eggs per week without increasing their risk of heart disease. 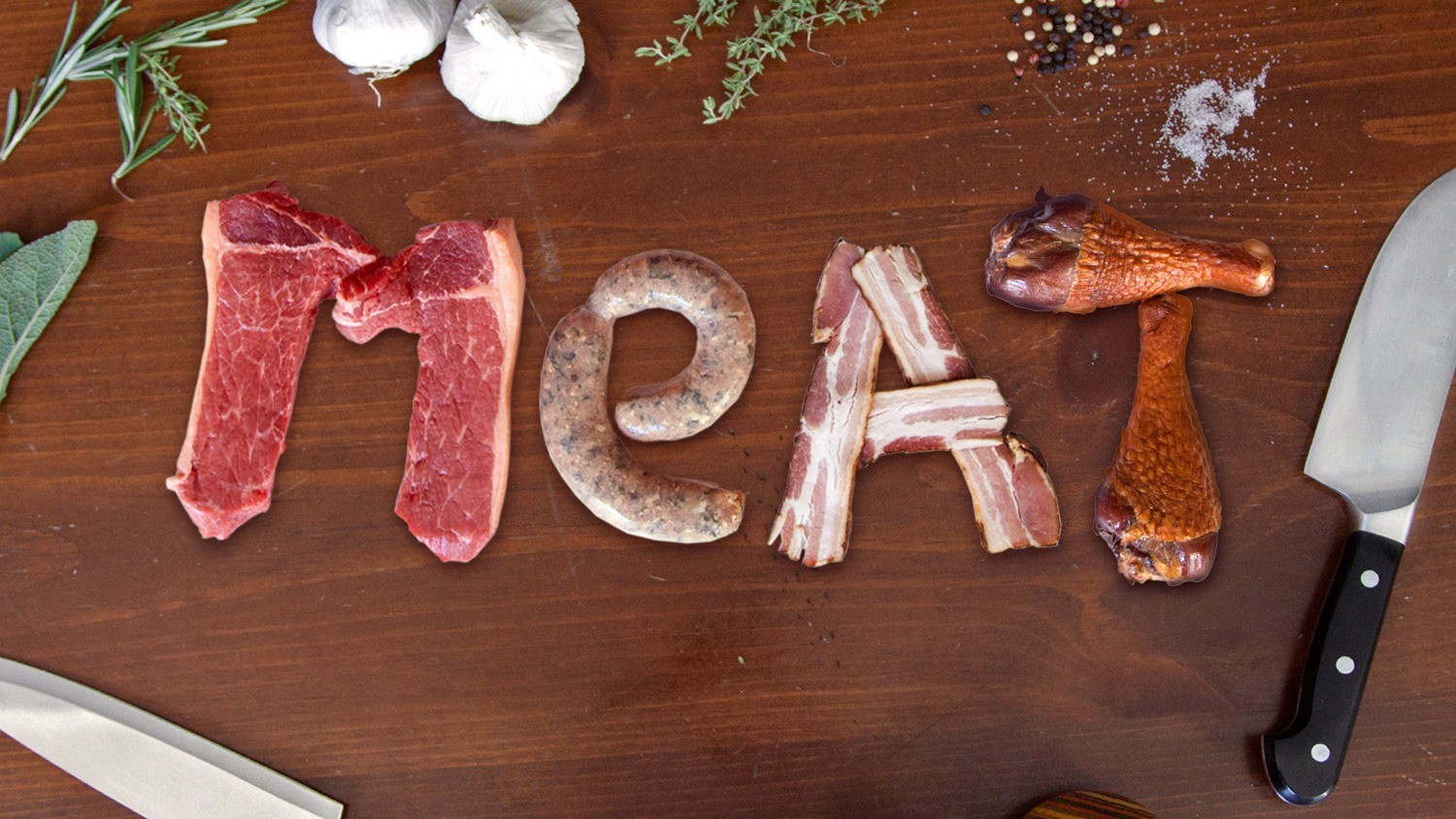 Protein is a critical nutrient for human health because the amino acids it provides are necessary for all body functions. Meat is rich in protein, but it is not the only source. Other animal products, such as eggs and dairy products are also good protein sources. Research shows that it is also possible to meet all of our protein needs without consuming any animal products, by eating a mixture of plant proteins. Plants that are good sources of protein include soy, nuts, peanuts, beans and lentils. The American Dietetic Association has stated that vegetarian and vegan diets, which include no meat, can meet all of the organism’s nutritional needs, including protein. 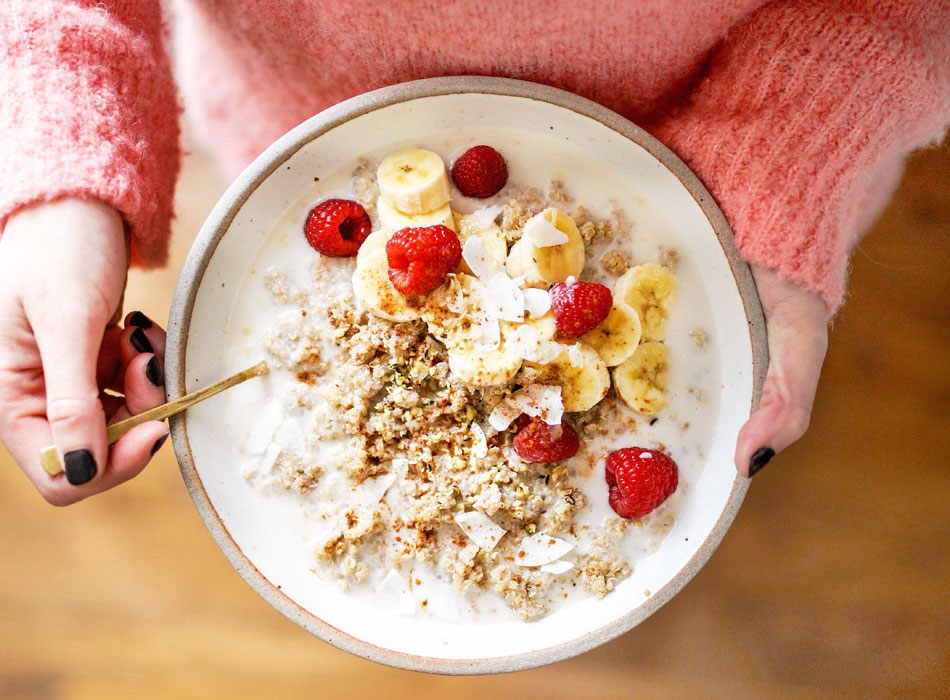 Common knowledge says that breakfast is the most important meal of the day. If you skip breakfast, so they say, you will end up overeating in your next meal. However, a study by Cornell University showed that this is actually not true. Participants who skipped breakfast did not consume more calories during the rest of the day, in spite of feeling hungrier, than those who did eat breakfast. In fact, breakfast skippers managed to have a caloric deficit of 408 kcal at the end of the day. “We need to revisit the assumption that we must always eat breakfast,” said Carly Pacanowski, one of the study’s co-authors. Skipping breakfast may be an adequate strategy for healthy adults wishing to lose weight.

5. Eating several smaller meals during the day fires up your metabolism 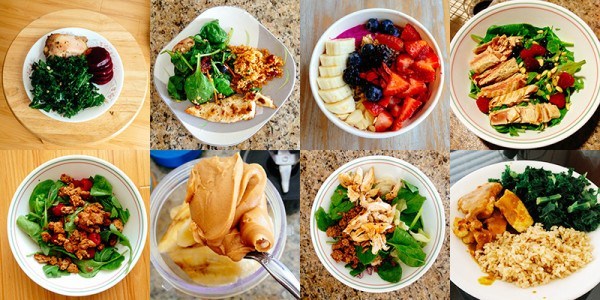 A common piece of advice heard by those trying to lose weight is that eating several small meals throughout the day helps you burn more calories. However, research has found no evidence to link eating frequency to metabolism rate. In fact, a review in the British Journal of Nutrition pointed out that meal frequency had no effect on the the calories burned by snackers compared to non snackers. In another study, researchers could not observe any difference in the amount of calories burned by participants when fed a fixed number of calories divided into two or seven meals.

6. Eating right before bedtime will make you fat 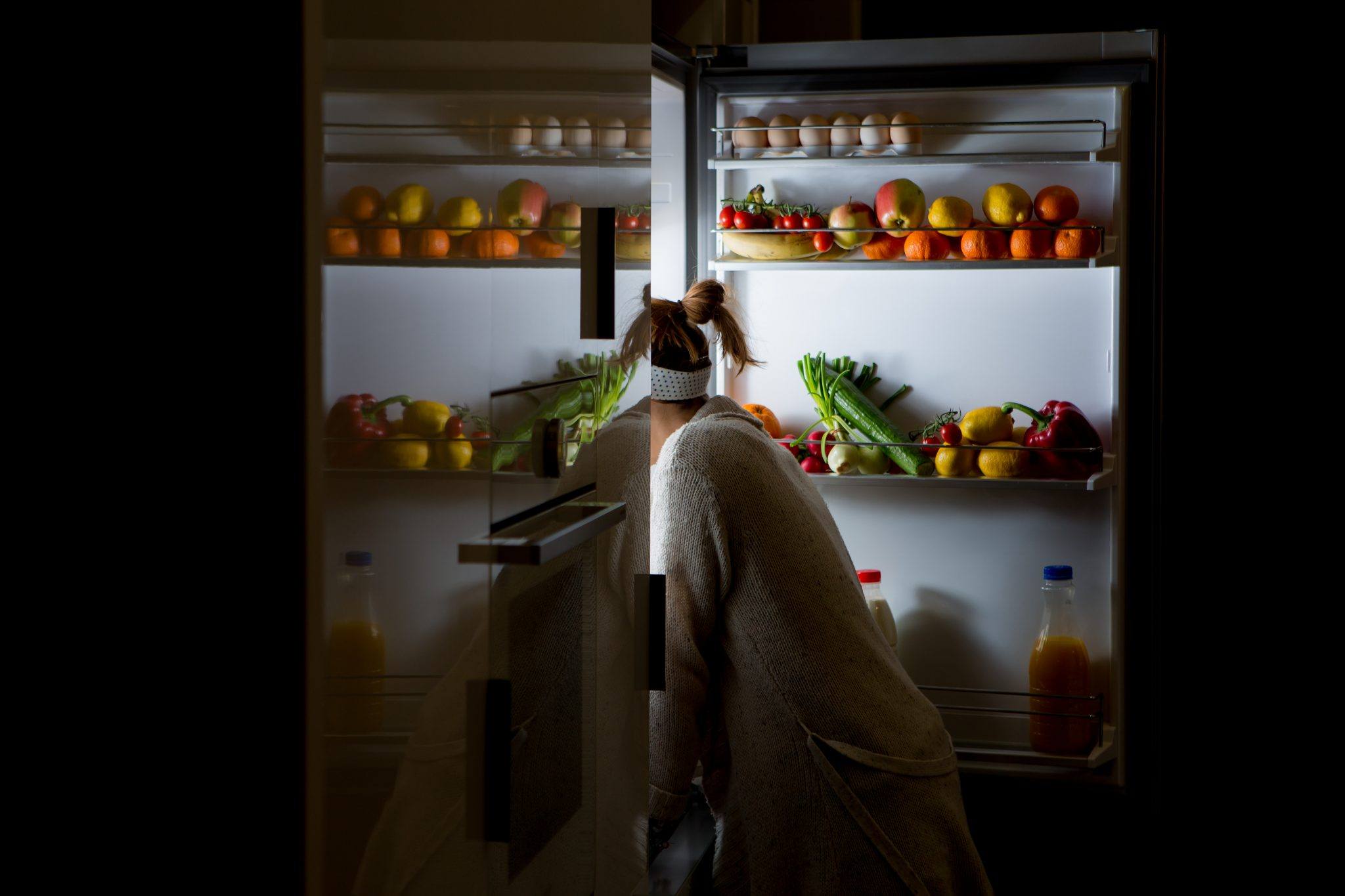 Many people think that eating after a certain time in the evening will make them fat because the calories will not be used if you sleep right after eating. However, according to the Centers for Disease Control and Prevention, “The time of day doesn’t affect how your body uses calories. The number of calories you eat and the calories you burn affect your weight.” In other words, calories you eat at night don’t count more than calories you eat earlier in the day.

7. Some foods have negative calories 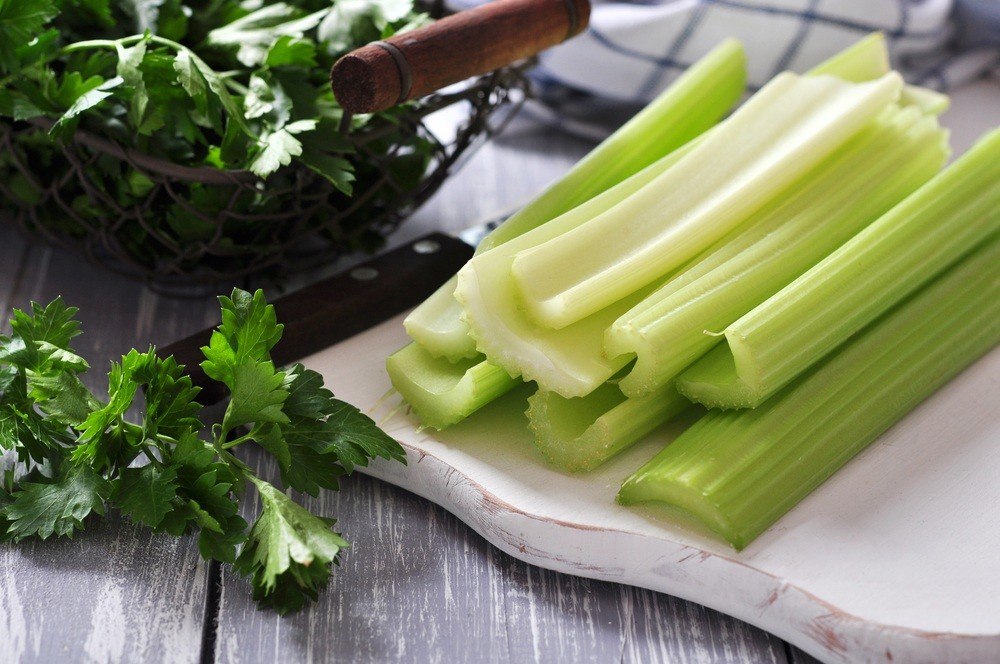 You may have heard that certain foods, like celery, take more calories to digest than the calories they provide. However, experts disagree. In an article for BBC News, Dr. Tim Garvey from the University of Alabama said, “Theoretically that’s possible. In actuality there are no negative-calorie foods.” Speaking about celery, he said “There may be just 10 calories in a larger stick, but the body takes only one-fifth that much to process. It’s still calorie-plus.” However, foods that are rich in fiber and water and low in calories may still be beneficial by promoting feelings of satiety that keep us from reaching for calorie-rich foods.

8. Raw vegetables are better than frozen and canned ones 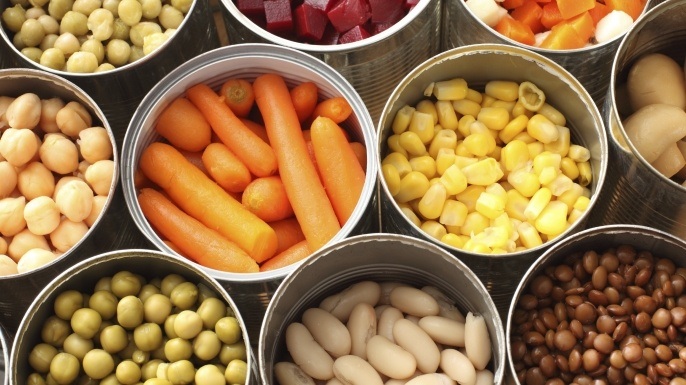 It is a common misconception that freezing and canning fruits and vegetables gets rid of all their nutrients. A study published in the Journal of the Science of Food and Agriculture (part I and II), found that fresh is not always better than canned or frozen produce, and that in general they are comparable. Although some nutrients do get lost in the freezing and canning process, the remaining nutrients are locked in place, particularly after canning. In contrast, fresh produce is often stored and moved around before making its way into the produce isle of your local supermarket. Nutrients begin degrading just after harvesting, so the fresh produce may already have less nutrients than you realize. 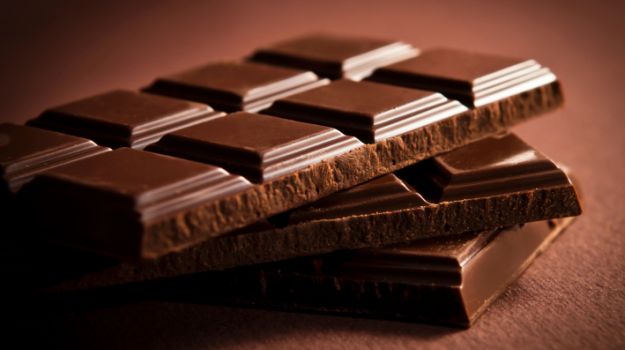 Many people believe that they must always steer clear of chocolate to avoid acne. However, studies carried out in the 1960s found no connection between the two, and prompted dermatologists to dismiss this piece of popular advice as myth. In reality, the relationship between diet and acne is still not well understood. The American Academy of Dermatology has pointed to recent studies that suggest that a high-glycemic-index, high-fat diet, as well as some dairy products, can exacerbate acne. Dermatologist Dr. Ava Shamban summed it up nicely for the Huffington Post: “There is little evidence that chocolate or any specific fatty foods will cause acne, but we do know that a high-sugar/high-fat diet can increase sebum production and promote inflammatory responses in the body – which can lead to acne.” 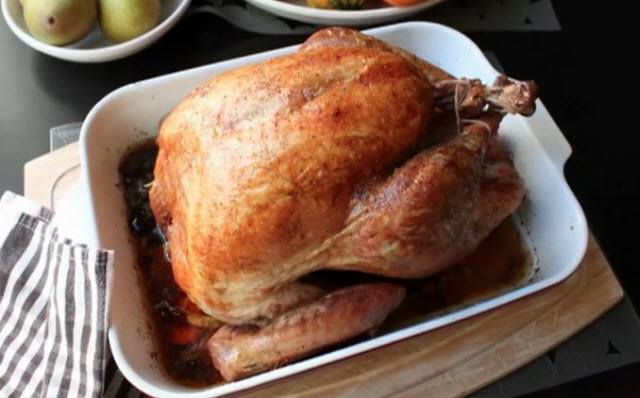 Popular wisdom says that the reason people feel drowsy after eating Thanksgiving dinner is the high levels of tryptophan in the turkey. The amino acid tryptophan is a precursor for the sleep-regulating hormone melatonin. However, scientists disagree with this explanation, and point instead to the large amount of food consumed during the holiday as the culprit for feeling sleepy. Particularly, the carbohydrates consumed during and after the meal may play a role. A research study found that volunteers who ate a high-glycemic index carbohydrate snack before bed fell asleep faster than volunteers who ate a low-glycemic index snack. The digestion of the carbohydrates results in the release of insulin, which removes most amino acids, but not tryptophan. Tryptophan then becomes more available to be transported into the brain, where it gets converted into serotonin, the precursor of melatonin.