4-Year-Old Uses His Allowance to Do Good in the World: ‘I Want to Show Love’

4-Year-Old Uses His Allowance to Do Good in the World: ‘I Want to Show Love’
The video of this little guy is the best thing you'll see today.
Read More

Austin Perine may be a small four-year-old boy, but he is making a big impact. Every week, the Prichard, Alabama native donates food and drinks to the homeless.

Austin’s story, published across multiple news outlets like ABC and NowThis, has received millions of Facebook views and thousands of shares.

ESSENCE Cultivates A Conversation Of Diversity And Beauty With Fashion House >>

The young boy developed a passion for helping others while watching panda bears on Animal Planet. According to his dad, Terance Perine, Austin saw a mother panda abandon her young and then asked if this also happened to human beings.

“I said, ‘Well, I guess it’s going to be homeless for a while,’ and he said, ‘Are people homeless?’ and I said, ‘Yeah, some of them,’ Terance told NBC.

Terance then took his son to a homeless shelter in Birmingham, Ala., and they took them food and drinks. Now, Austin takes hamburgers, sandwiches, Gatorade and soda to the homeless every week, using $25 from his allowance. He recently made a trip to D.C. to speak with ABC News, and fed the homeless in our nation’s capital. 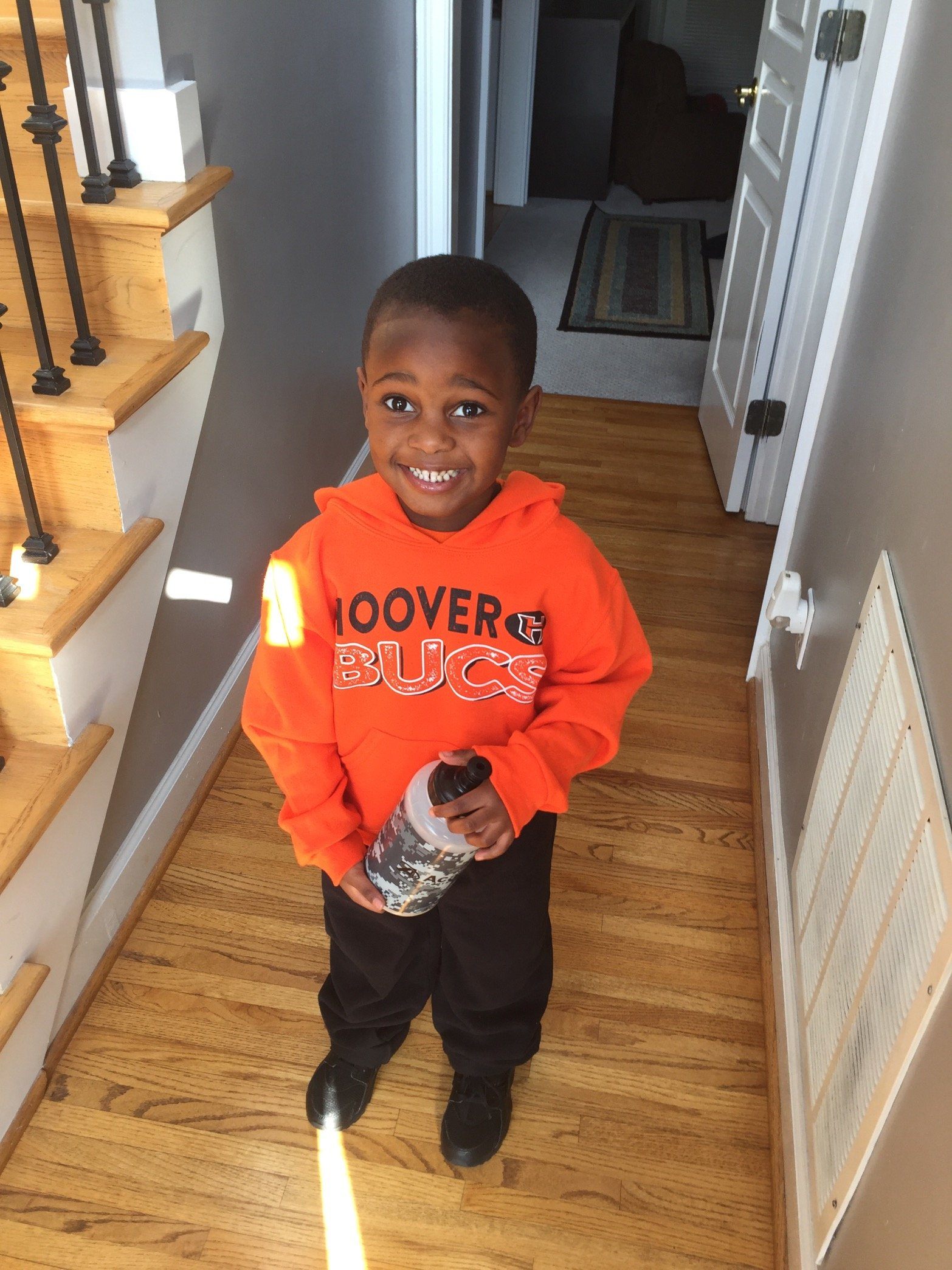 Terance, who has experienced homelessness in the past, is more than willing to help his son achieve his goals. “When I was down to nothing, there were times when I hoped for just one extra meal so that I could use my mind for the next 4 hours for the next decision that needed to be made in efforts to do something extraordinary,” he said in a Facebook post.

Terance who is extremely proud of Austin, said that he immediately connected with the homeless people. “They loved him. They were so nice to him,” he told Fox.

Austin’s actions have already impacted people, as which is shown by the large number of responses on social media. 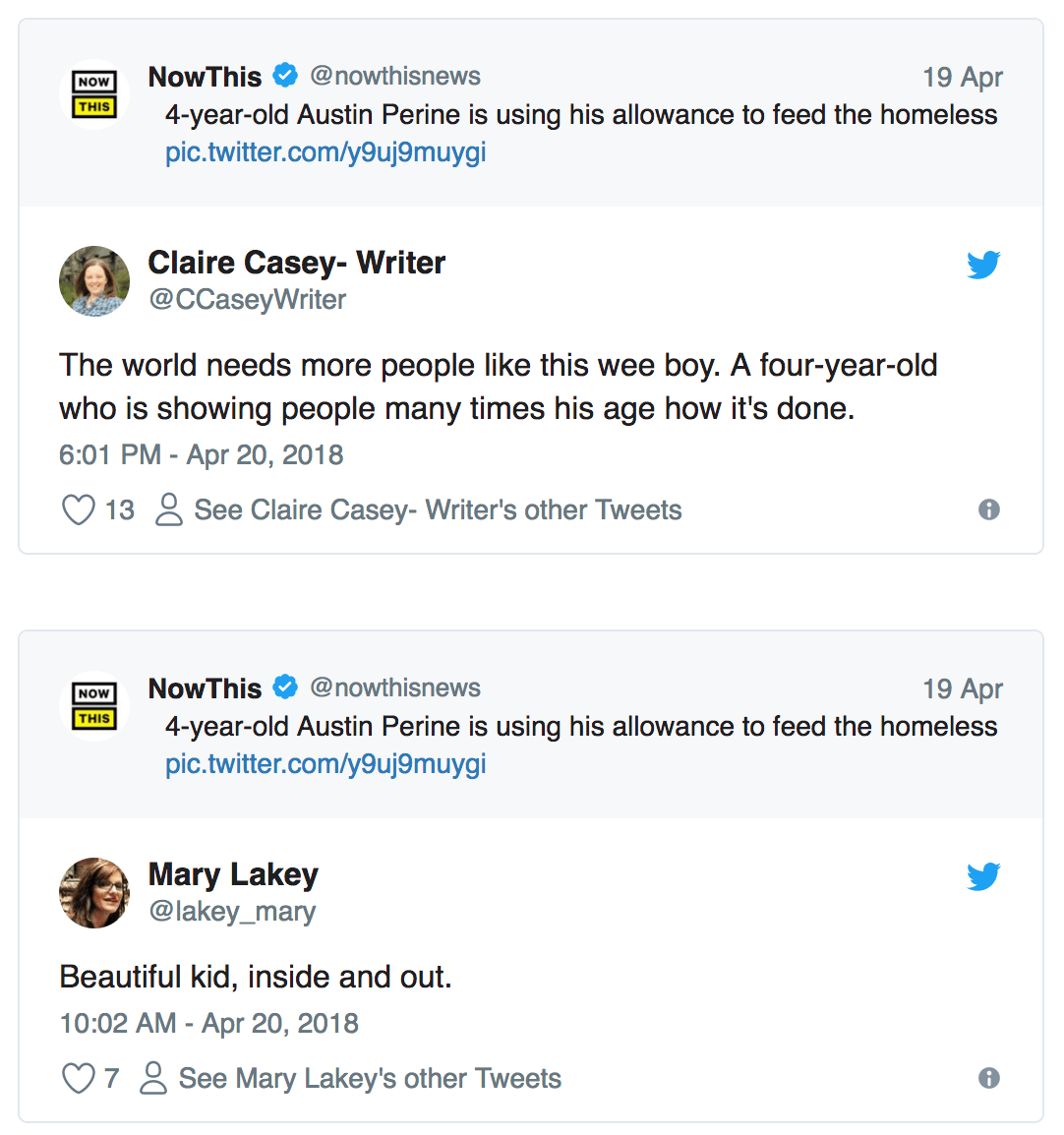 Austin’s life motto is to show and spread love, and he will now use his celebrity to help people all over the world. “I just want Austin’s experience to be contagious to everyone else. Even though people are different, they still deserve to be loved,” said Terance.

Terance created a special PayPal account titled “Austin Perine Donations,” and announced a plan to use the money to purchase food for the homeless in each donor’s city. In a recent YouTube video announcement, Austin says, “I want to do something special for the homeless in your city.” 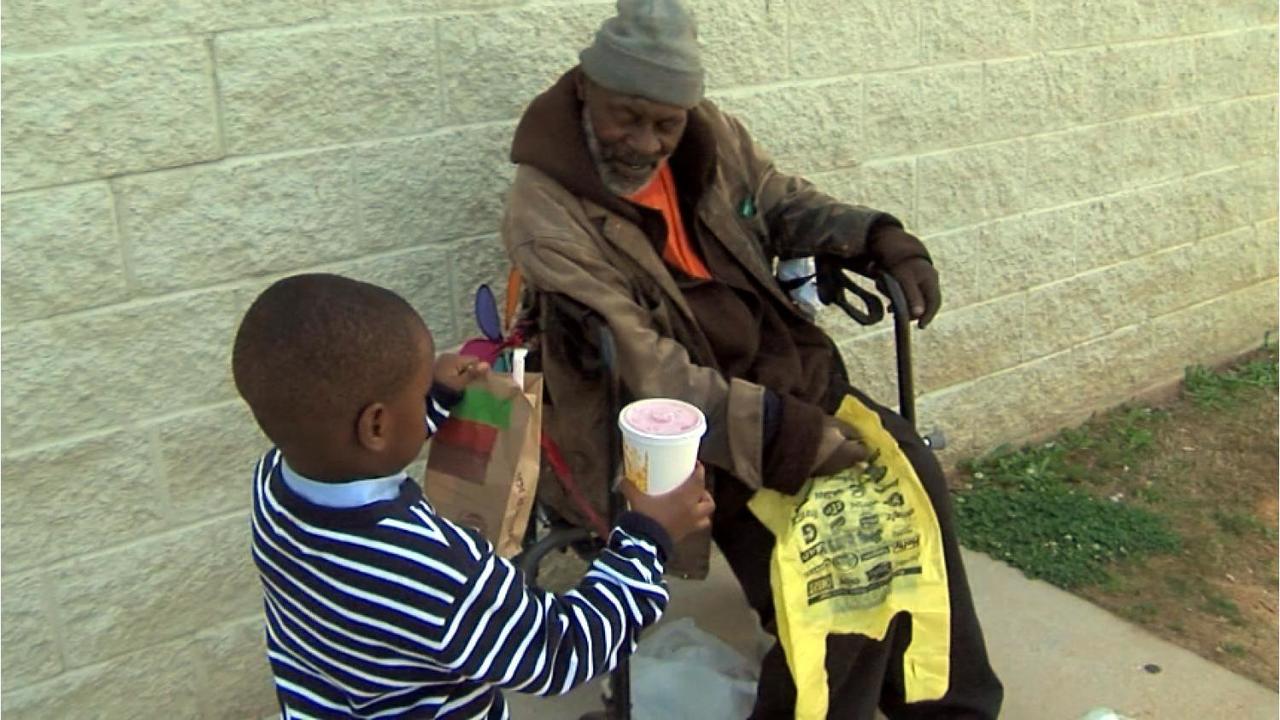 When he’s not helping others, Austin likes to keep active. He enjoys baseball and wrestling, and can wrestle kids twice his size. “I feel like the strongest man in the whole wide world,” Austin told Fox News.

Austin also has another longterm goal aside from feeding the world’s homeless—he wants to become president one day. Austin would make one compassionate leader. You can donate money to Austin’s cause at paypal.me/austinperine, or follow along with his journey on his Twitter, @PresidentPerine.