Revolutionary Google Tilt Brush Allows You to Paint in 3D

VR is the term on everyone’s lips these days, but for the average person it has been one that still seemed distant and futuristic, far from the realm of everyday use, perhaps only available to seasoned gamers and tech savvy types.

That was until now. Google has just unveiled a new app called Tilt Brush, the first great virtual reality app that is set to revolutionize the definition of painting and create a fun, interactive bridge between everyday people and the wonders of VR technology. 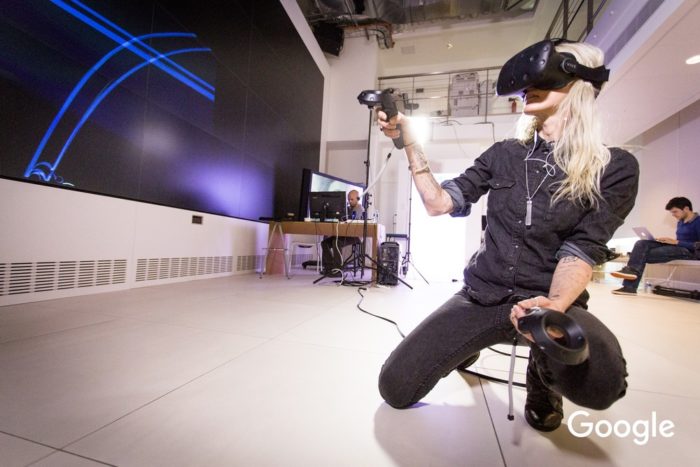 The Tilt Brush app comes bundled with the HTC Vive Headset and allows users to paint life-sized, three dimensional strokes in mid air. The available materials are virtually endless – from conventional art materials like spray paint and pencil, to textiles like leather, cotton and silk, to things such as fie, smoke, snow and stars. While wearing the headset, users can choose the environment that they want as their three dimensional canvas (for example, the night sky or outer space).

The Google Cultural Institute invited a group of artists to trial the technology earlier this year in Paris:

Tilt Brush’s technology not only opens up an exciting new world of possibilities for artists, but also has the power to deeply change other industries – fashion for instance. Designers can paint in any material to scale, in three dimensions, and walk around their creation to view if from any angle. Their designs can then be shared with anyone across the globe who also has the app. 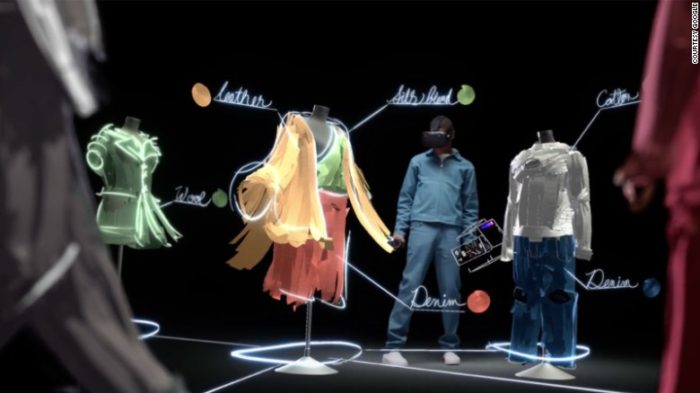 Where it all began

Tilt Brush was originally created by developers Drew Skillman and Patrick Hackett (of Skillman and Hackett) who say that the revolutionary technology was hatched by accident. In the initial development stages of Tilt Brush, art was still only able to be made on two dimensional planes. According to Hackett, the idea of painting in the physical space around the user wasn’t in the plan at all. But during an experiment with a virtual reality chess prototype, the developers accidentally began to paint the chess pieces in the air.

Google acquired Skillman & Hackett for an undisclosed amount of money in 2015, and since then the app has been increasingly presented as an introductory app for virtual reality applications. It’s similar to what Microsoft Paint did for the introduction to the computer mouse in the 1980’s. It’s an old school behavioral engineering trick that allows users to have loads of fun, create art, and learn how interact with a new world of technology. In an interview, Skillman told Fast Company:

“Tilt Brush, at its core, is a virtual reality painting application. It creates something anyone can use, intuitively, for kids, artists, and absolutely anyone. Within the first 30 or 45 seconds, anyone can start VR painting and making marks in space all around them. It allows everyone to see how powerful VR is and how transformative it will be.”

With the HTC Vive headset currently retailing at $799, it may still be a little while until it is widely used in households across the world. In the meantime, you can explore the application’s vast possibilities and features at www.tiltbrush.com.