How One of the Driest Countries Now Makes More Freshwater Than it Needs
The desalination age is officially here.
Read More

The desalination age is officially here. With new advances in the technology, Israel – one of the world’s driest countries – is making enough drinking water to supply 1.5 million people. The country is proving that desalination is now an economically viable way to secure water, and scientists hope this helps smooth out turmoil in the water-scarce middle east.

The Sorek Desalination Plant in Israel is the largest reverse-osmosis desalination facility in the world. Built in 2013, the plant makes desalination possible at a third of the cost of what it used to be in the 1990s; namely, a thousand liters of drinking water for just 58 cents. For consumers, this means they only need to pay just as much as the average US household, at around $30 per month. That’s a figure much less than the likes of arid Californian cities, including Las Vegas ($47) and Los Angeles ($58). 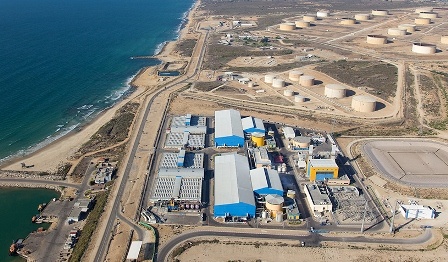 The new advances in desalination technology is thanks to the brainchild of Edo Bar-Zeev and his team, based at Israel’s Zuckerberg Institute for Water research.

In a nutshell, desalination works by sending saltwater through microscopic pores large enough for water molecules to pass, but not for bulkier salt molecules. Microorganisms also swim in the seawater, however, and they were quick to colonize and block the pores. Cleaning that periodically was a cost and chemical intensive process.

While the scientists’ original intention was to make life better in the parched Negev Desert, they see potential for this to mellow down developing unrest in the Middle East. 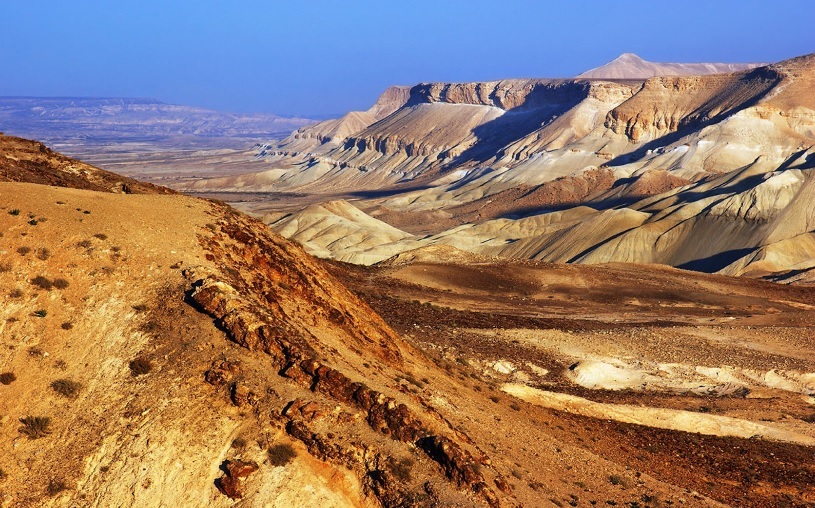 In 2015, a study suggested that the recent drought and lack of water are largely to blame for turmoil. The Sea of Galilee, Israel’s largest source of freshwater, barely escaped from irreversible salinization in 2008 after a decade-long drought brought the water line down to dangerously low levels. Syrian farmers endured the worst of it all; as the drought worsened and wells ran dry, their farmland collapsed. With no other choice, a million farmers sought work in the ghettos. “The rapidly growing urban peripheries of Syria, marked by illegal settlements, overcrowding, poor infrastructure, unemployment, and crime, were neglected by the Assad government and became the heart of the developing unrest,” the study authors wrote.

It’s not just Syria; similar incidents are happening across the Middle East, where many face water shortage and the threat of agricultural collapse on a day-to-day basis.

That’s where a radical improvement in water supply could help. In an ambitious US$900 million deal, Israel and Jordan are partnering to build a 180km pipeline and a large desalination facility in the Red Sea. The pipeline will transport two billion cubic meters of seawater from the Gulf of Aqaba to the Red Sea per year. The freshwater they produce will be divided between Israelis, Jordanians, and Palestinians. The brine discharge, in the meantime, will fill the Dead Sea, which has shrunk from 394 meters below sea level to 423 over the last half century.

When this new desalination plant is up and running, we’ll see former foes working together to share the same water source.