Back in 1816, an Italian anatomist by the name of Paolo Mascagni thought he found something peculiar. He claimed that he saw lymphatic vessels – which function like a waste drainage system for the rest of the body – in the brains of cadavers he had been dissecting. But no one followed suit, and the discovery was left to oblivion.

Now, for the first time in two centuries, scientists say they have found this system in the dura, the leathery outer coating of the brain. Using MRI, the research team captured images of the lymphatic system by using special dyes that light up the vessels. They hope that their results “provide new insights to a variety of neurological disorders”, since conditions like multiple sclerosis are thought to involve the immune system.

In our body, blood vessels deliver white blood cells to our organs; running alongside that are lymphatic vessels, which carry white blood cells away from the organ. Using this mechanism, the immune system detects injuries on the organ and attacks from bacteria or viruses.

Scientists, however, believed that the brain might be an outlier. Medical schools taught that the brain’s waste is dumped into fluids surrounding the brain, and are then absorbed into the bloodstream through structures called arachnoid granulations. 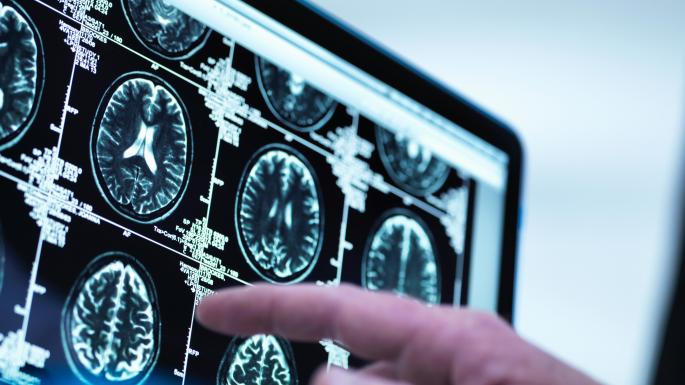 This new research, on the other hand, says otherwise.

Dr. Daniel Reich, who studies inflammatory brain disease at National Institute of Health, began the investigation in 2015, after a breakthrough study reported evidence of the lymphatic system in mice. “I was completely surprised. In medical school, we were taught that the brain has no lymphatic system,” he said in a statement.

In the study, the team took brain scans of five volunteers with MRI. They had been injected with gadobutrol, a magnetic dye with molecules too big to seep into the brain, but small enough to leak out of blood vessels in the dura. “We literally watched people’s brains drain fluid into these vessels,” Reich said in a statement. The scans lit up with bright spots and lines, suggesting that the dye leaked out of blood vessels, flowed through the dura, and entered neighboring lymphatic vessels.

Then, to confirm that these were indeed lymph vessels, they injected a second dye with larger molecules that leak much less out of blood vessels; this time the vessels didn’t light up the same way, as they had anticipated.

“For years we knew how fluid entered the brain. Now we may finally see that, like other organs in the body, brain fluid can drain out through the lymphatic system.”

The lymph vessels might have eluded discovery until now since the dura is a thick membrane. To add to that, the blood vessels running alongside them are much larger and dominate what shows on MRI images.

For the moment at least, the team are cautious not to claim too much from this. “The study shows that these vessels exist. We haven’t shown that they’re involved in any disease process, but it’s reasonable to think that they might be,” Reich told the Atlantic. This time the research was small – with only 5 samples – and there’s a lot to be clarified with further digging. For starters, the team now plans to test whether there are differences in the lymphatic system for multiple sclerosis patients or other neuroinflammatory disorders.