What is “Lunch Shaming” & Why It’s a Huge Issue in America Right Now
A former lunchroom staffer just lost her job for speaking up about the phenomenon.
Read More

There are a few feelings worse than having to deny your children something that they want, but being unable to give your children what they need is one of them. For hundreds of thousands of parents living in the US, that feeling is experienced every single day, when they can’t afford to give their children money to buy food at lunch. For Stacy Koltiska, a former lunchroom staffer at Wylandville Elementary School in Pennsylvania, the result cost her her job when she was forced to deny a child a hot lunch. 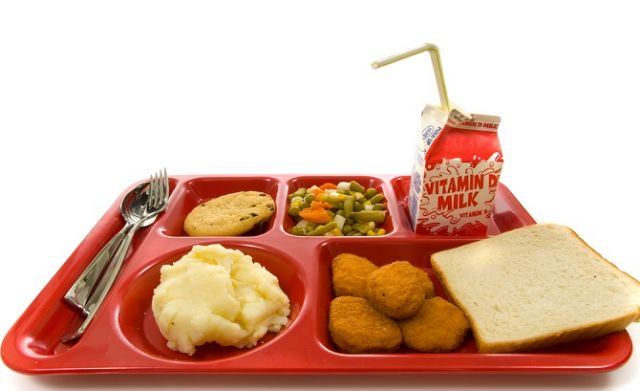 Kolitiska’s job was to register the children when they paid for their meals. A new policy in the Canon-McMillan school district in Pennsylvania this year prevents workers from serving meals to children who owe more than $25. Because of this policy, when a student asked to be given lunch, even though his parents were unable to give him the money he owed, Koltiska was ordered to refuse him. She said she won’t ever forget the look in his eyes when she told him he would not be able to get a hot lunch that day.

At Wylandville Elementary School, a hot meal costs $2.05. The policy goes that if a child accrues over a 25-dollar balance on their account, they would be unable to receive one. Instead, they would receive 2 slices of wheat bread and one slice of what Koltiska calls “government cheese.” The food the child would have purchased, like chicken nuggets or a corn dog and fruit or vegetables would be taken away from the student and thrown out, and the parents would still be billed for the regular price of the meal, despite the child only receiving a small cheese sandwich.

Koltiska resigned from the school last week, less than 2 months into the school year, out of a moral obligation. She had been working for the school district for 2 years, but after this shocking policy was revealed this year, Koltiska could not in good conscience remain in her position.

“As a Christian, I have an issue with this,” said Koltiska. “There’s enough wealth in this world that no child should go hungry, especially in school. To me this is just wrong.”

The Canon-McMillan School District created this policy due to deficits in prior years, in which approximately 300 families owed tens of thousands of dollars of unpaid lunches. Matthew Daniels, the Canon-McMillan school district superintendent, stated in an interview with Action News 4 that the policy has cut down on the number of families who owe money each week. He also stated the policy is not meant to embarrass anyone, and does not apply to families who qualify for financial assistance. According to Daniels, with this new policy in place, now less than 70 families have unpaid lunch tabs, totaling to less than $20,000.

In a heart-filled post on Facebook, Koltiska writes, “What makes this even MORE SICKENING is that we throw so much food away EVERYDAY. So our children are being served cheese, being charged and denied the hot food that we then throw away. Once again, it comes down to profits over people but this time the people are our children.”

Kolitka makes it clear that she’s in no way stating that parents should not be held accountable for staying current on their children’s lunch tabs, but there needs to be a better way to handle the situation, since the current policy is essentially forcing children to go hungry, despite the schools having ample leftovers that they throw away.

In a world with too-few Stacy Koltiskas, policies like this are not in place at schools around the world. At the Michaela Community School in North London, students whose parents accrue a balance for their lunch bills would be denied a hot lunch, given a sandwich and sent to “lunch-time isolation,” where they would have to sit alone in a classroom for an hour and eat their sandwich while the rest of their classmates played and enjoyed time outside.

In a country where more than half of the public school population is low-income, and 76% of public school teachers say that students come to school hungry, families are at the mercy of the policy-makers in their school districts to make decisions that do not ostracize and shame students from their peers.

When they fail us, it becomes up to individuals to correct the problem. An 8-year-old in Minneapolis started a fundraiser after seeing his friend’s food taken away and given one of the “cheese sandwiches.” The child rallied his friends to collect cans for cash and encouraged family members and neighbors to donate. The efforts not only paid off his fellow-students’ debt, but he was able to add additional money to their account, so they did not have to worry in the future. He has raised almost $39,000.