This Artist Wants to Save the Bees by Using Them in His Music
“If I went around with a Greenpeace badge on and started shouting about deforestation, people quickly tire of that, it doesn't really connect with people.”
Read More

The environment continues to evolve, and as climate change is concerned, it’s not necessarily for the better. Bees are just one of the casualties in our use of pesticides and global warming. Billions of the insects die each year, and their absence has detrimental effects on the Earth.

Pollination is vital to the ecosystem—bees are one of the most efficient ways that pollen transfers from a male flower to a female flower. Without bees, produce like peaches, almonds, and plums would cease to exist. So, there’s a lot at stake for us as we try to save them. 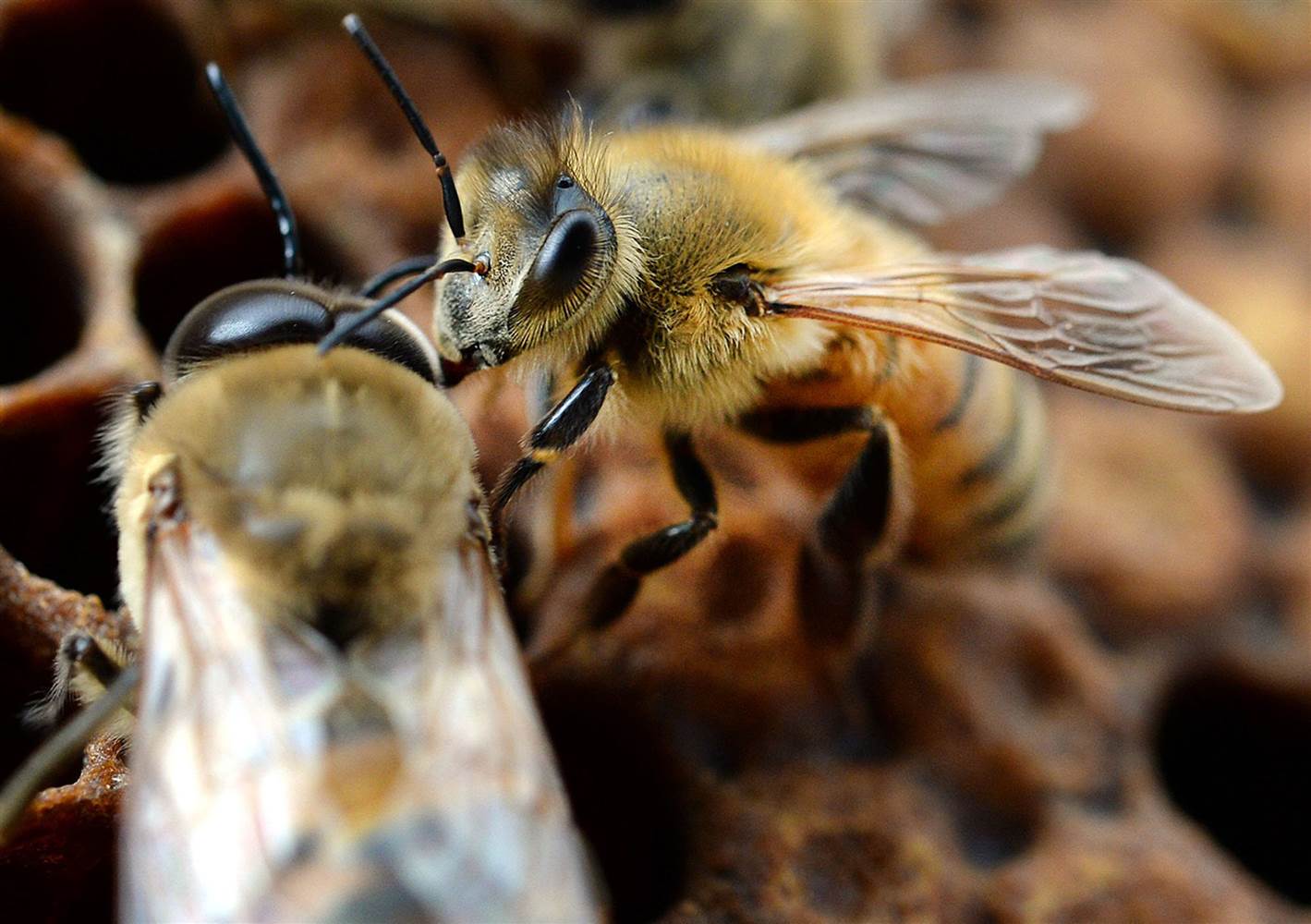 While many are trying to raise awareness of this dire ecological issue, few are doing it in a way that’s as creative as Bioni (pronounced BEE-own-ee) Samp. The “apiarian enthusiast” is also an artist and musician who incorporates the sound of bees directly into his experimental electronic music. To do this, he records and analyzes the frequencies of his insects. Their sounds, such as the “songs” the queen sings to her hive, are fused in his rich, multi-layered compositions.

Samp’s music might make you want to dance, but that comes secondary to his ultimate goal of raising awareness of colony collapse disorder—a phenomenon when a majority of worker bees disappear from their colony and leave behind a queen and few nurse bees. But presenting it in this format ensures that it’ll reach more people, in addition to those concerned about the Earth’s welfare.

“If I went around with a Greenpeace badge on and started shouting about deforestation, people quickly tire of that, it doesn’t really connect with people,” Samp told Motherboard. “So I worked around the idea of presenting something that’s got an underlying ecological message, but it’s put over in a way which interest geeks and people interested in electronic music and computing.”

How Does Bioni Samp Make Music?

This idea begs the question, “How does he do it?” Some of it is via custom-made instruments he calls the Electronic Beesmoker, BeeVerb, BFX, and the Binaural Beeframe. Others are digital synthesizers that are configured using data from beehive diaries.

“You can put a tray in a beehive with a kind of graph pattern on and then look at how many Varroa mites have fallen through the mesh floor onto this sheet of paper,” Samp explained. “You can use the kind of numerology to make sounds… I put in numbers like how long it’s been since the queen laid some eggs and some drones appeared in the hive. I started typing all these numbers in and I have music being created.”

Honey is even part of his setup—it acts as a resistor and limits electrical flow, which then affects the sounds that are then made with this synthesizer.

If you’d like to learn more about Samp and his fascinating process, check out the 360º BBC mini-documentary, The Resistance of Honey. It offers a “day in the life” of Samp, his bees—whom he designed a custom house for—as well as his studio practice. You can also listen to his music via Bandcamp.