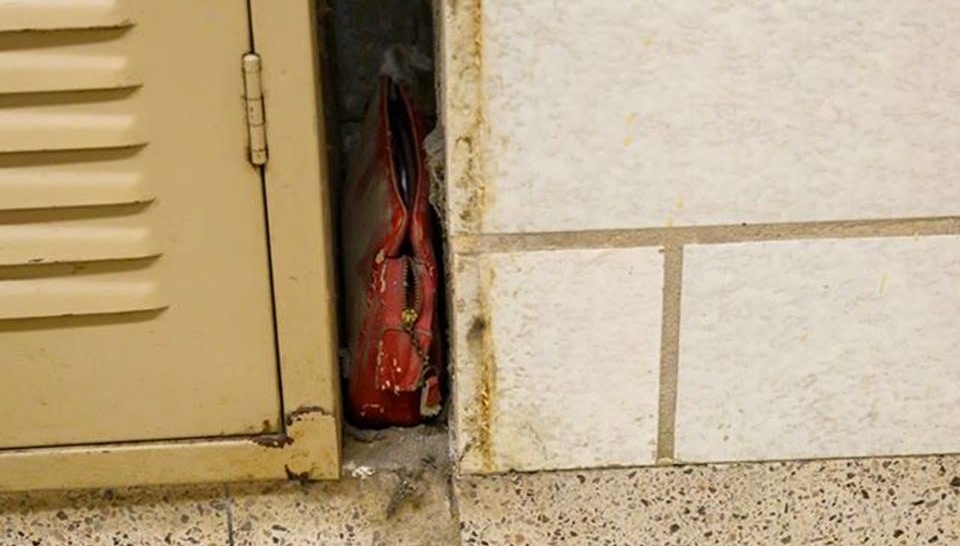 A School Found A Purse Lost In 1957 And Its Contents Are Like A Time Capsule
The contents of the purse were perfectly preserved over the six decades it was wedged in the wall.
Read More

In the Spring of 2019, North Canton Middle School in Ohio was undergoing repairs when someone discovered a dusty red purse wedged between a locker and a wall.

No one knows how the purse got there. Was it hidden by the student? Was it stuck there as a prank? The contents of the purse revealed it was once the property of Patti Rumfola who lost it in 1957.

Rumfola would go on to graduate from the school in 1960 when it was known as Hoover High School.

The school attempted to reach out to Rumfola, but unfortunately, they learned she had passed away in 2013 at the age of 71 in her hometown of DuBois, Pennsylvania. Her obituary states that worked as a teacher and retired “after many years of service.”

“One of the sweetest girls I’ve ever known,” Sally Krum Roden, a classmate, told the school district in a press release. “Everyone loved her. She had a beautiful character.”

Another one of her friends, Marilyn Riehl, says that she doesn’t remember Rufola losing her purse, but she said that she carried the clutch on special occasions.

The school was able to get in touch with Rumfola’s children and each one of them kept one of the wheat pennies found in the purse.

“I cannot THANK YOU enough,” Rumfola’s daughter Stephanie wrote back to the school. “We agreed that Mom would have been SO excited if she could see all of this. Would have made her smile so hard to know this has been found and reminisce about a day in the life of her old self.”

The glimpse into a bygone era went viral, receiving over 61,000 shares in just a week. “Those of you who may have gone to school in the 1950s or 1960s may have memories of some of these items,” the school said on a Facebook post.

The contents of the purse were perfectly preserved over the six decades it was wedged in the wall.

A picture of Patti.

Ticket stubs to some school events.

A stick of Beech-Nut chewing gum.

Pictures of family and friends.

Some change that was later given to her children.

A photo of her friend Bonnie. “I hope we can be friends always, even tho’ we’re far apart.”

Some pencils, a comb, and bright red lipstick.