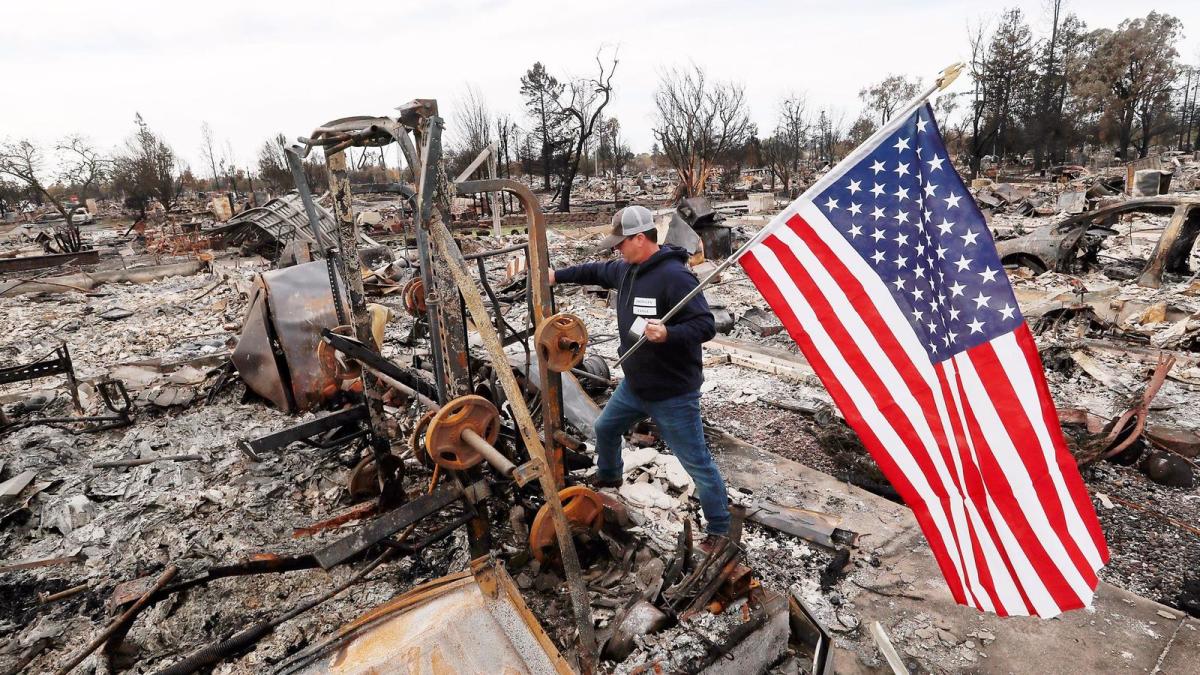 Red States Are Asking For Billions To Fight Climate Change, But Won’t Admit It

Republicans are slowly warming up to the idea that climate change is actually happening. Whether this slow evolution is too late remains to be seen.

While Republican voters may be split on whether to be truly concerned about the pending climate disaster, leaders in some of the reddest of states are asking the Trump Administration for billions to fight climate change.

But there’s one caveat – most refuse to use the loaded term “climate change” or “global warming.”

Congress has created a $16 billion program overseen by the Department of Housing and Urban Development that will dole out money to states to help them prepare for future natural disasters.

It’s the first such program ever passed by Congress. Previously, funds were released after disaster struck.

But with the number of climate disasters on a meteoric rise in America — especially over the past three years — the federal government decided to take a proactive stance.

The money is distributed according to a formula benefiting states most affected by disasters in 2015, 2016, and 2017. So most of it will go to Republican-leaning states along the Gulf and Atlantic Coasts. These states face a future where intense flooding and storms will be the norm.

The states have been asked to submit lengthy proposals on how they will use the money.

Texas, which stands to receive $4 billion in aid, wrote a 306-page proposal that doesn’t use the terms “climate change” or global warming. Instead, it uses the euphemism, “changing coastal conditions.”

South Carolina’s proposal also doesn’t include any of those naughty words. But it does describe the “destabilizing effects and unpredictability” of being hit by three major storms in four years and barely being missed by three hurricanes.

Louisiana, which stands to receive $1.2 billion from the program, only uses the term “climate change” in its proposal once, and that’s in an appendix on the final page.

Florida and North Carolina are red states that bravely refused to leave climate change out of their proposals. North Carolina says it will anticipate “a changing climate, extreme events, ecological degradation and their cascading effects.” Florida calls climate change “a key overarching challenge.”

Republican-leaning Georgia, Florida, West Virginia, and Missouri all stand to receive funding, as does the only blue state that qualifies for the program, California.

“When you go out and talk to local officials, there are some who will very actively discuss climate change and sea-level rise, and then there are those who will not,” Stan Gimont, former deputy assistant secretary for grant programs at HUD, told The New York Times.

“You’ve got to work with both ends of the spectrum. And I think in a lot of ways it’s best to draw a middle road on these things.”

He also said that working with states that publicly deny climate science is “a case of picking your battles.”

The fact that red states are clamoring for money to combat the effects of climate change shows how much red-state leaders actually do care about the environment behind closed doors. It makes a case that the people holding the Republican leaders from speaking the truth about climate change are its hardcore, conservative base and corporate donors. It’s amazing how these leaders change their tune when the rubber hits the road and money is on the line.