‘Salt Art’: the New Trend Capturing the World’s Attention
Check out our top 5 salt artists from across the world, each with a truly unique style.
Read More

There has been a new niche in the art world that is being carved by a small group of people, who use standard kitchen salt as their medium of choice. A modern day take on the old method of sand painting (which has been used by some of the world’s oldest cultures), salt art is breathing new life into the world’s most common food seasoning. Below is our top 5 salt artists from across the world, each with a truly unique style.

An artist from Hiroshima, Japan who began creating his salt pieces after his sister lost her fight with brain cancer. He began pouring his labyrinth style installations after building a 3-dimensional human brain as an exploration of her condition, later wondering what would happen if he flattened its patterns and channels.

The works are almost entirely improvised. After a piece has been exhibited for a number of weeks, he invites the public to communally destroy them, packaging the salt into jars to return to the sea. 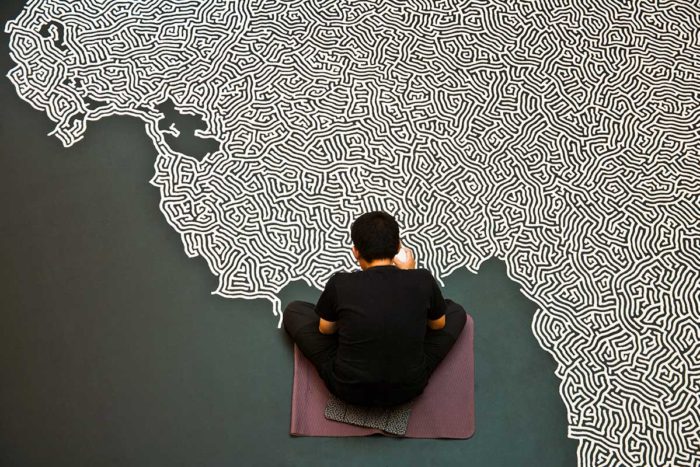 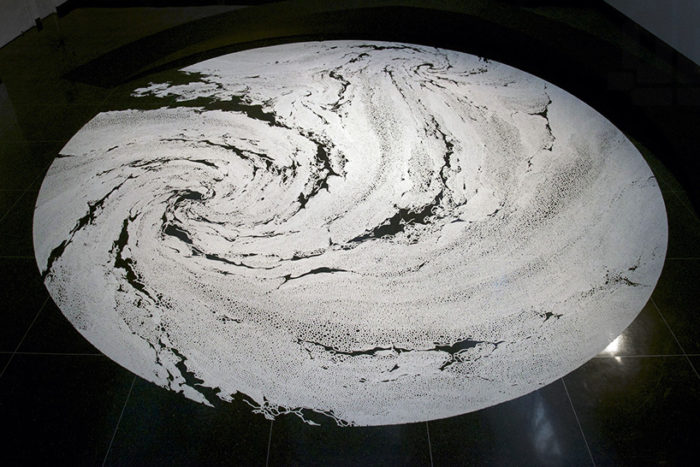 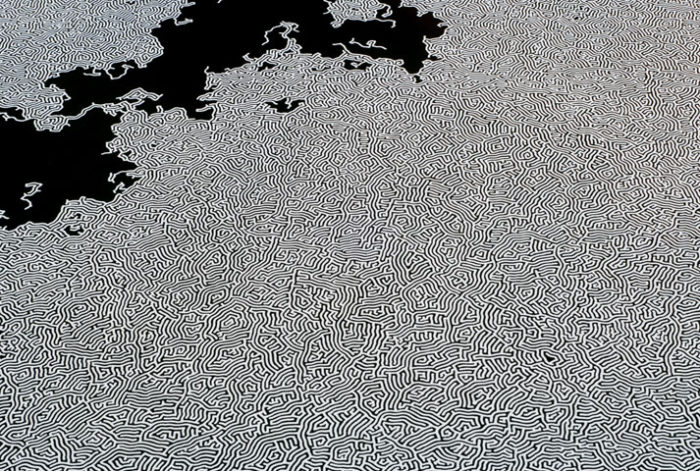 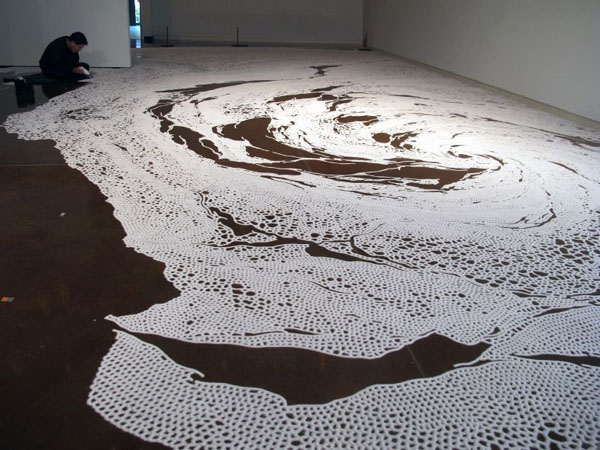 Rob Ferrel aka Rob the Original

Rob Ferrel is a barber and artist from Los Angeles who combines his passion for both hair and art into a unique form. He creates incredible portraits etched into the layers of his clients haircuts, and has also made an internet sensation for his poured salt art. Ferrel specializes in celebrity portraits. 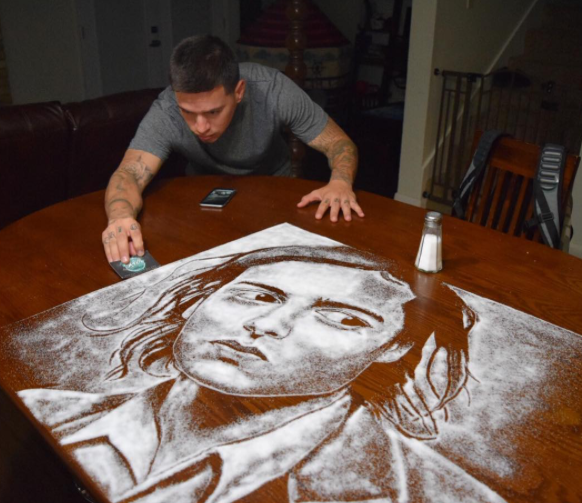 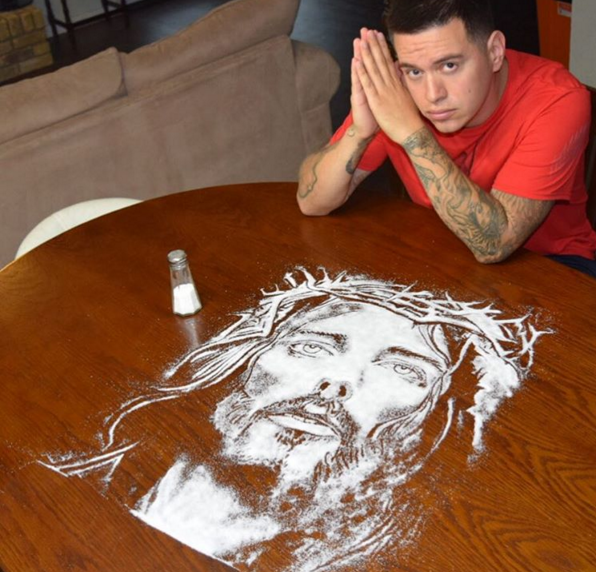 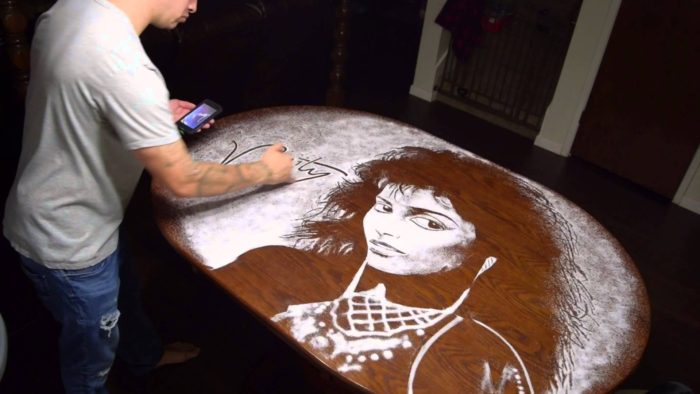 Dino Tomic is a Croatian artist living in Norway. He works as a tattooist and art teacher, but has recently garnered international attention for his amazing salt works. He creates incredible portraits of celebrities and animals, but his most unique works are his giant salt mandalas that take days to complete. He destroys them almost immediately upon completion. 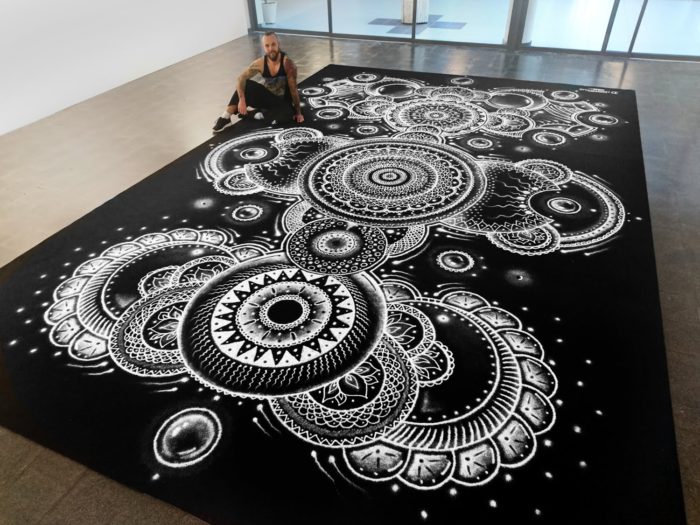 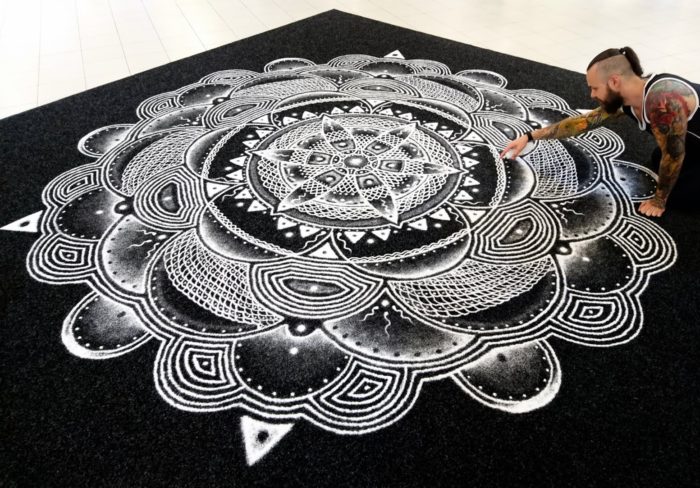 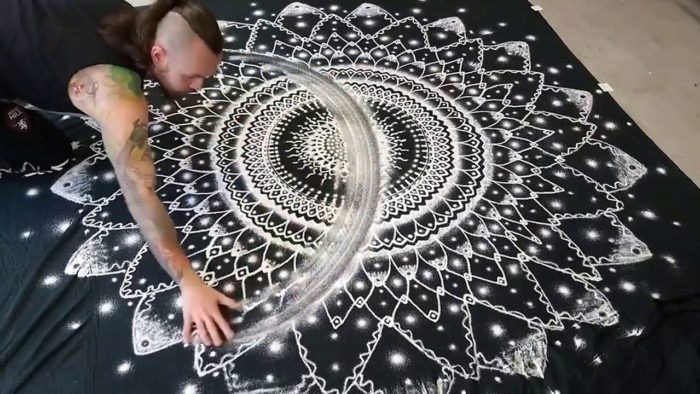 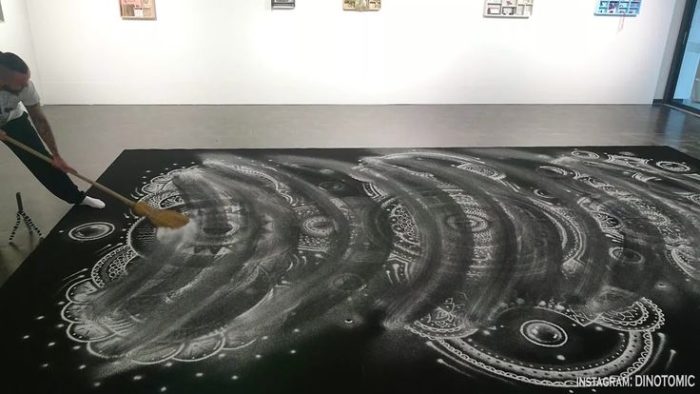 Brian Owens is a Connecticut-based mechanical engineer by day and an artist by night. He uses a small leathery black table as the canvas for his photo realistic salt works. His portrait of Morgan Freeman captured the attention of the world. It took him 14 hours over a two day period to complete the work. In an interview with ABC news, Owens gave some insight into his process.

“To pick out the details, I use a small brush to push around the salt. If I need to remove salt in tight areas, I lick my finger and dab the area of interest.” 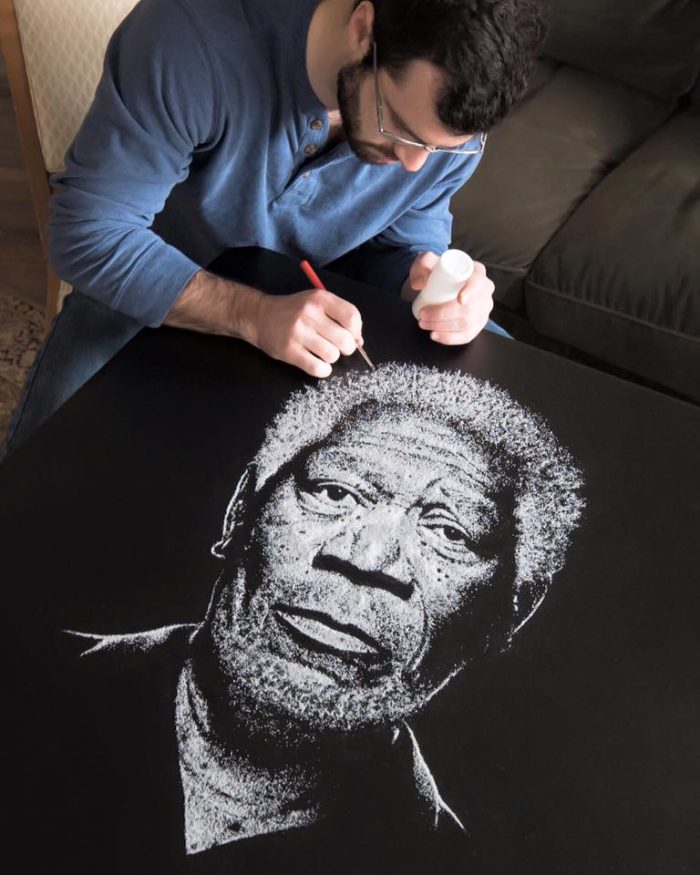 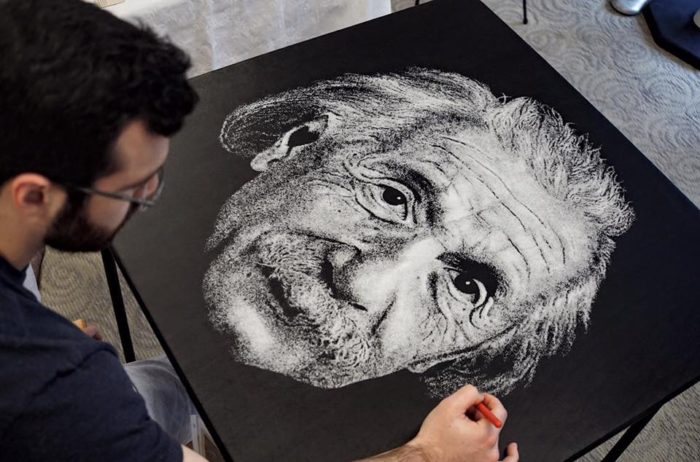 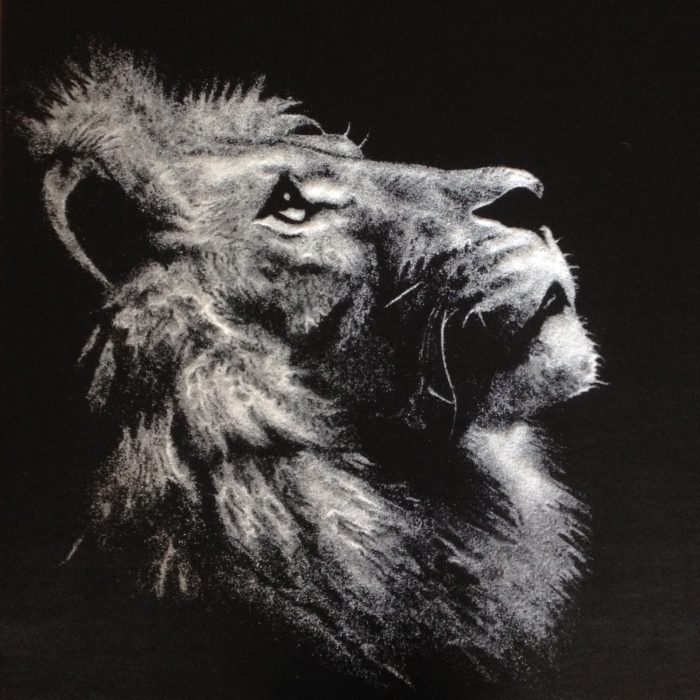 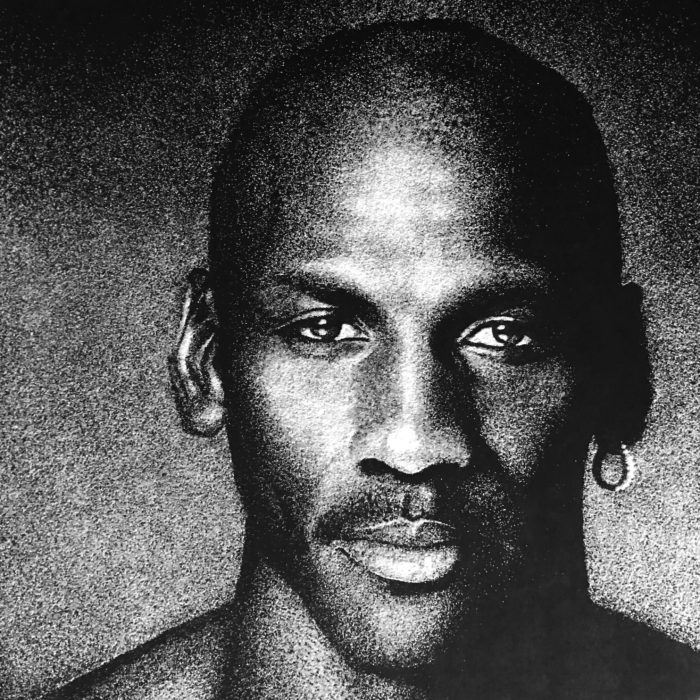 Bashir Sultani is an Afghan/Canadian artist who uses colored salts to create mind blowing images. His Youtube channel includes mesmerizing time lapses of him creating vibrant depictions of a galaxy, a lions head, a human skull, a hamburger and many more. 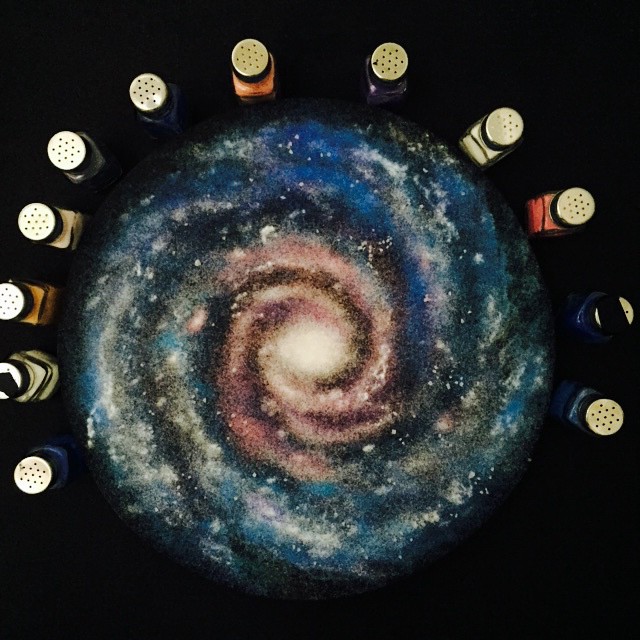 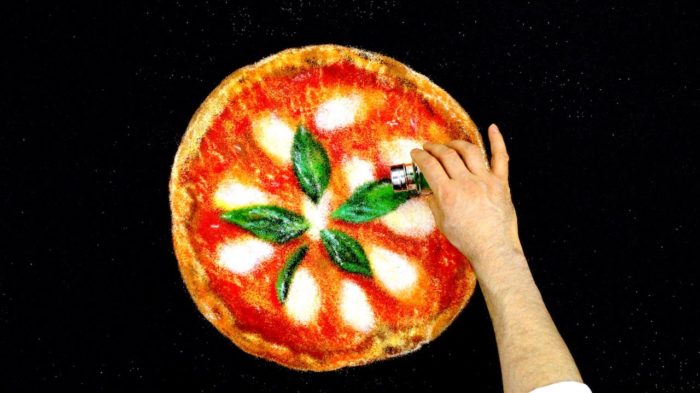 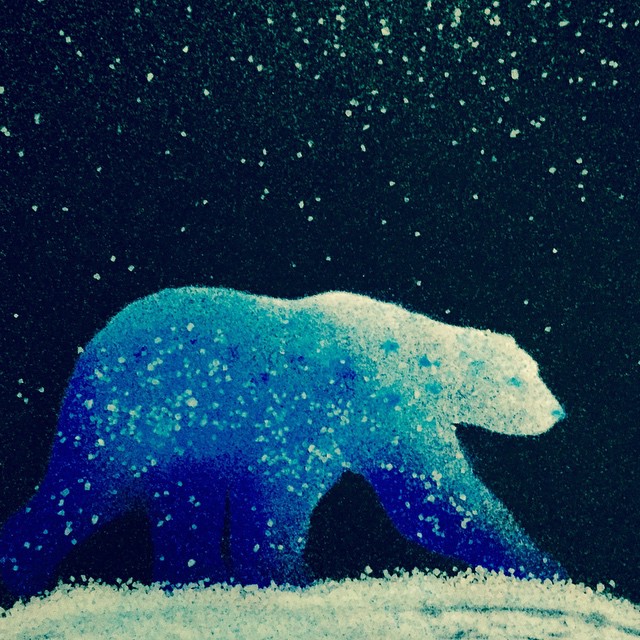 These 5 artists are just a small selection of what’s happening in salt art across the world. Perhaps it is the delicate and ephemeral nature of the works that is symbolically attractive to them. Perhaps it’s the calming and meditative practice that arranging the tiny grains entails. Whatever the reason is, salt art is seriously catching on and we can’t wait to see how it evolves next.