This Awesome Rescue Dog Saved Dozens of Lives After Mexico City’s Earthquake
Frida has been nothing short of a godsend to the victims.
Read More

Mother Nature hasn’t shied away from displaying her power lately, with three hurricanes pummeling the Gulf of Mexico and the Caribbeans, and a massive earthquake rattling Mexico City. You’ve likely seen the harrowing news footage of first-responders working to rescue those trapped in the rubble from the 7.1 earthquake that has toppled buildings and homes. This is the largest earthquake to hit the city since the devastating one from 1985 that killed 10,000. As a result, first-responders have come from as far away as Japan to help in the rescue efforts. Among them is one incredible rescue dog.

Frida, a six-year-old Mexican Navy rescue dog has been nothing short of a godsend to the victims of the earthquake. With a death toll slowly edging towards 300 – 286 deaths have been confirmed so far – time is of the essence. 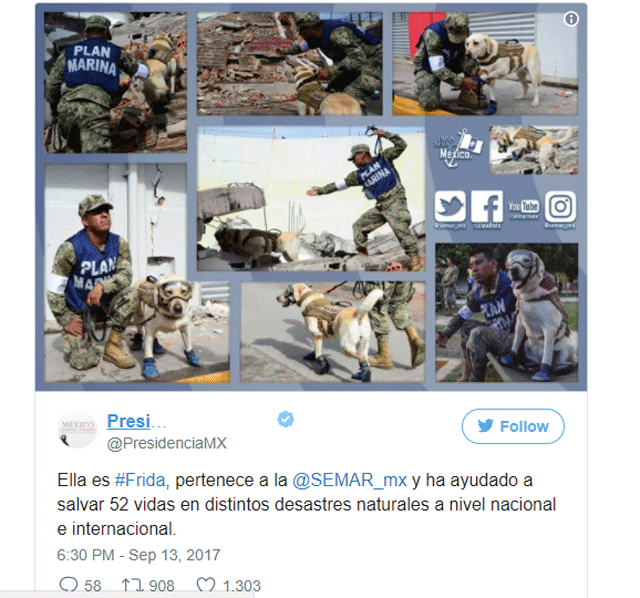 Over the course of Frida’s life-saving career, she’s helped to rescue 52 people from various disasters in Honduras, Ecuador and Haiti. The official Twitter account of Mexico’s President, Enrique Peña Nieto, has shown its gratitude for Frida and praised her rescue efforts. The tweet reads: “This is Frida. She belongs to SEMAR and has helped save 52 lives in various natural disasters at national and international levels.”

This is the second recent earthquake to rock the city, with an 8.1 earthquake hitting Oaxaca earlier this month. Frida was able to detect the body of a police officer in the rubble of Juchitan following the event.

Outfitted in adorable goggles to protect her eyes from dust and debris, and dog booties to protect her feet from treacherous terrain, Frida is busy helping in the ongoing rescue efforts – including efforts to rescue children who could still be alive and trapped underneath rubble from the collapse of a school that killed 21.

According to Frida’s handler, Israel Arauz Salinas, she searched the school to the point of exhaustion on Wednesday, but after some rest and water was ready to resume activities on Thursday. Frida works with two canine partners, Evil and Echo, who are younger and typically go first. The dogs have two different ways of confirming whether they’ve located somebody who is alive or dead. Barking signals a sign of life, whereas freezing up means they’ve located a corpse. 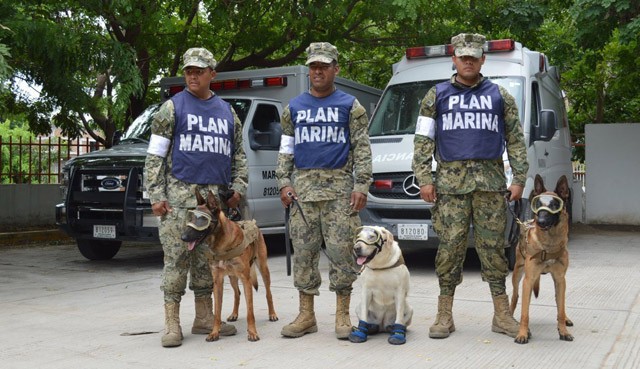 Salinas told the Los Angeles Times he starts training rescue dogs like Frida with a rubber ball at just 2-months old. “They start associating the smell of the person with the reward of the ball,” Salinas said. Frida trained for three hours each day for a year before moving onto actual disaser sites.

Frida is just one of 15 dog so far that are currently working on rescue and recovery efforts in Mexico.

The pup and very good girl has become an online hero, with praise and even fan art popping up on social media. 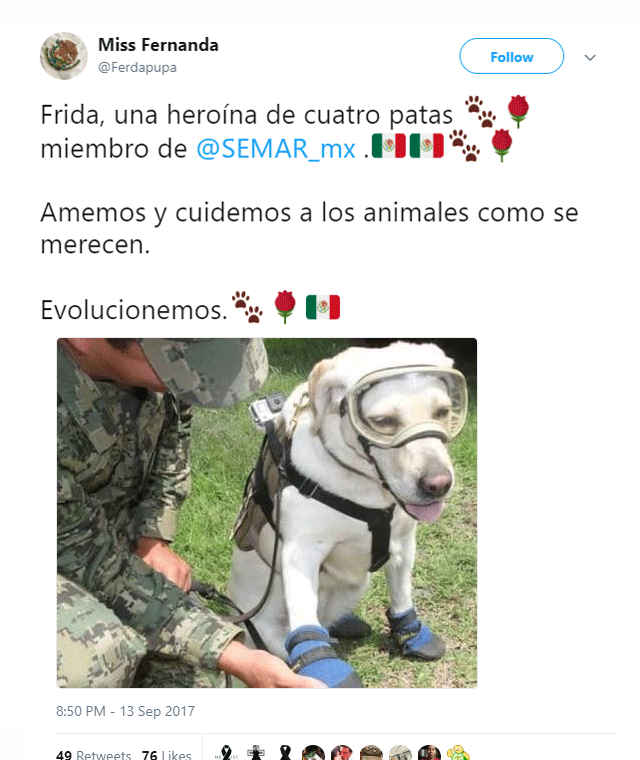 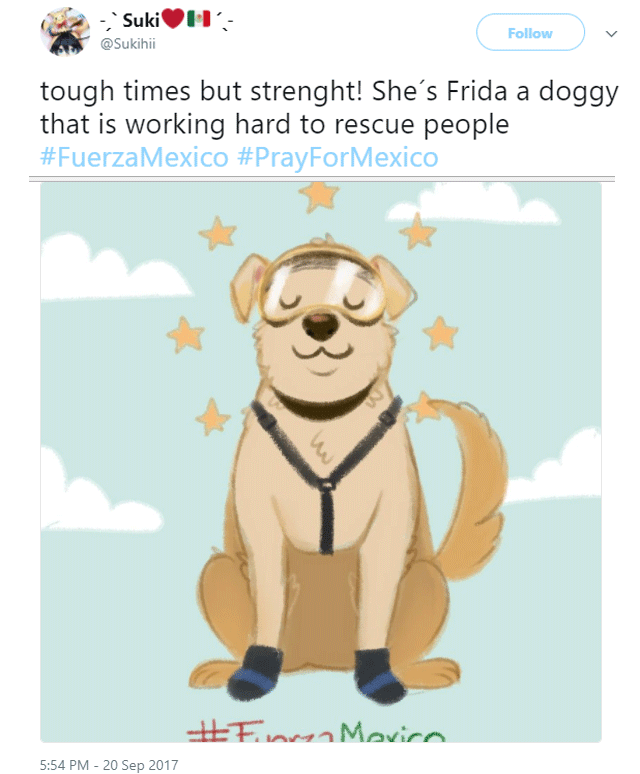 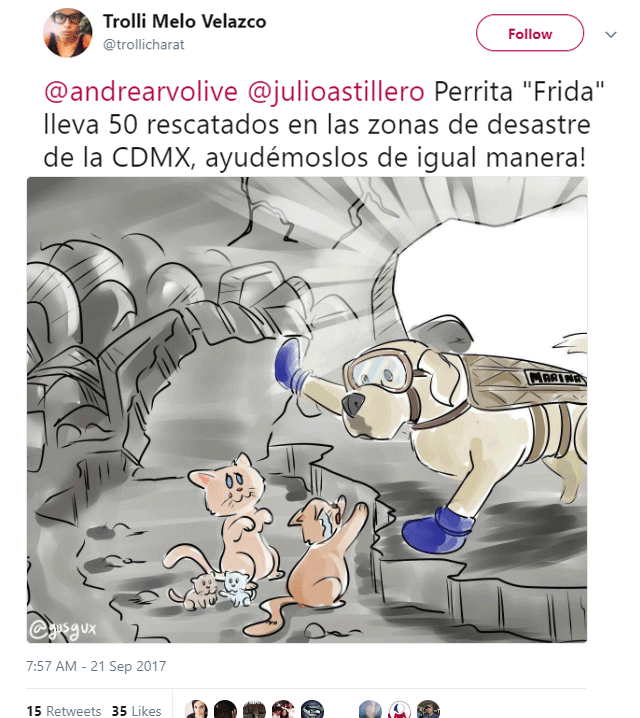 Somebody even suggested that Frida be honored on the 500-peso note:

No harsh feelings toward the 500-peso note’s current occupant, painter Diego Rivera, but Frida is an undeniable hero.