Science Finds Proof We Might Live in a Parallel Universe

By now, I’m guessing you’re probably rather well versed with the Multiverse Theory; whether you’ve been introduced to the concept by the television series Fringe, Star Trek, or perhaps Rick and Morty, we are all familiar with the idea from theoretical physics that parallel universes may exist. In its most simplistic form, the Multiverse Theory proposes that an infinite set of universes (including our own) comprise everything that exists including space, time, matter, energy, physical laws, and observable constants. This theory is profoundly compelling to our imaginations because it explores the notion that if these infinite universes comprise everything we can conceive of, then they also contain infinite possibilities and variations on our own observable universe (including one astoundingly convenient universe in which I am writing this article with a dexterous third hand growing out of my shoulder to hold my cup of tea).

Critics of the multiverse have argued in the past that it is less of a scientific theory and errs more on the side of philosophy due to the fact that it is not falsifiable. However, earlier this year one rather intriguing study that was published in the UK’s Royal Astronomical Society monthly publication is thought to augment the Multiverse claim.

The story of this evidence begins with a cold spot. First observed by NASA’s WMAP satellite in 2004, this cold spot (otherwise known as the CMB or WMAP cold spot) is an unusually large and cold patch in an unusually large and cold place, otherwise referred to as space. The spot is approximately 70 µK colder than the average cosmic microwave background (for those of you who are insatiably curious, the unit “µK” is a micro kelvin that you can research here). The cold spot is fascinating because our leading theory as to why the universe is the way that it is (flat, observably the same in all directions, with even cosmic microwave distribution) known as inflation, is unable to mathematically account for its appearance. 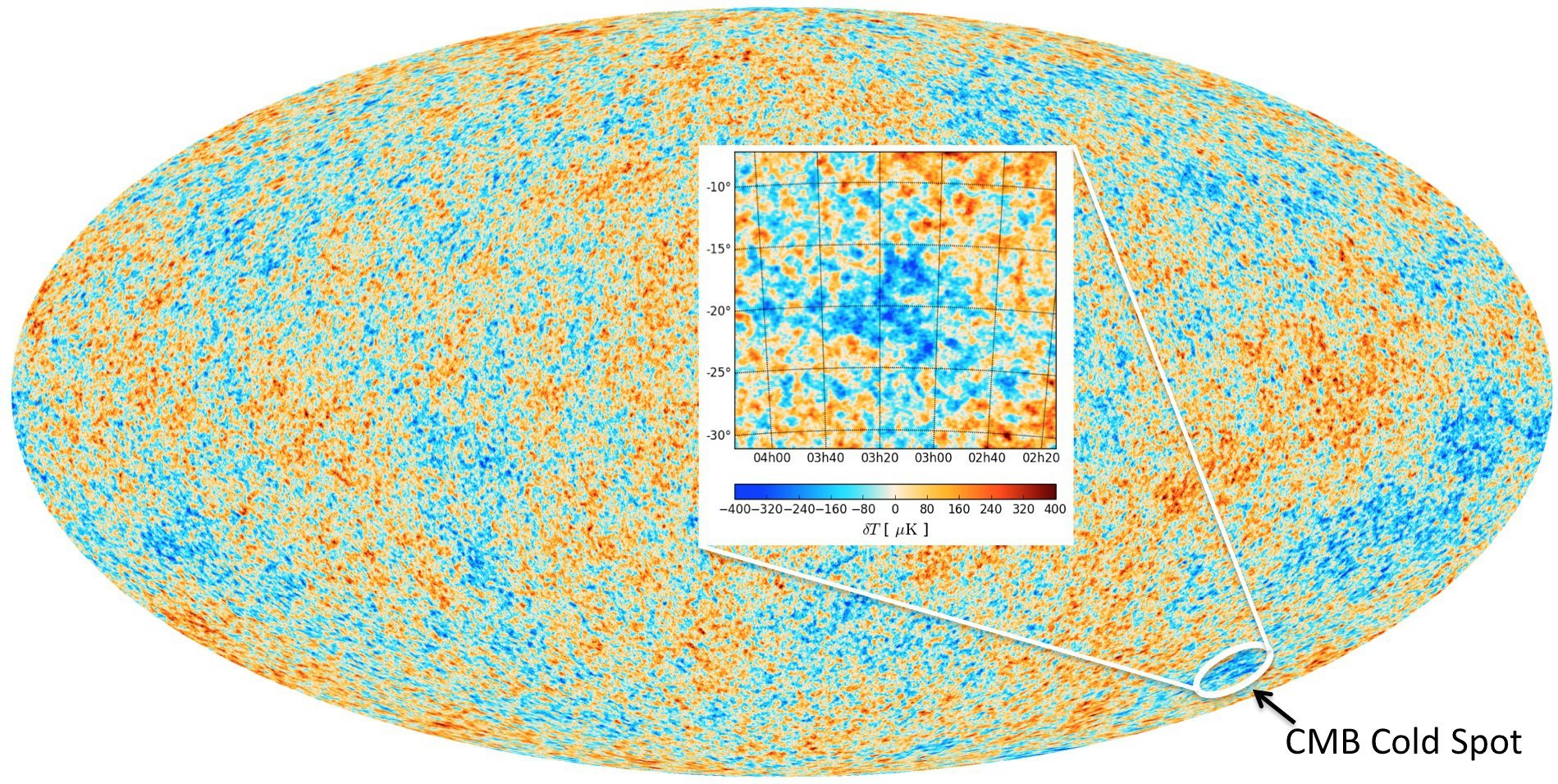 Since its discovery, it has been the job of scientists to attempt a prosaic account for its existence using the current model of inflation, but this latest study represents a failure of the latest attempt – to prove that it is an illusion caused by a lack of intervening galaxies. The study’s authors suggest that there is only a 2% likelihood that the CMB cold spot is a result of a fluke by our current model, an “unlikely fluctuation” that can be explained by the Big Bang theory. In other words, it is increasingly likely that our current model is less reliable than previously thought and alternative explanations could soon be in play – including – but not limited to – that of the Multiverse. Professor Tom Shanks from Durham University’s Centre for Extragalactic Astronomy and co-author of the paper states that the most exciting possibility is certainly that “the Cold Spot was caused by a collision between our universe and another bubble universe”.

However, as the study’s lead author, Ruari Mackenzie noted to IFL Science, the cold spot may well be an example of non-standard inflation, a jumping point for the Multiverse theory, or possibly one of a “dozen other ideas”. We simply do not have the evidence yet to account for the Multiverse theory, what we have is a glaring gap in our current understanding in the form of a big cold patch and that has certainly opened up the possibilities for further research.