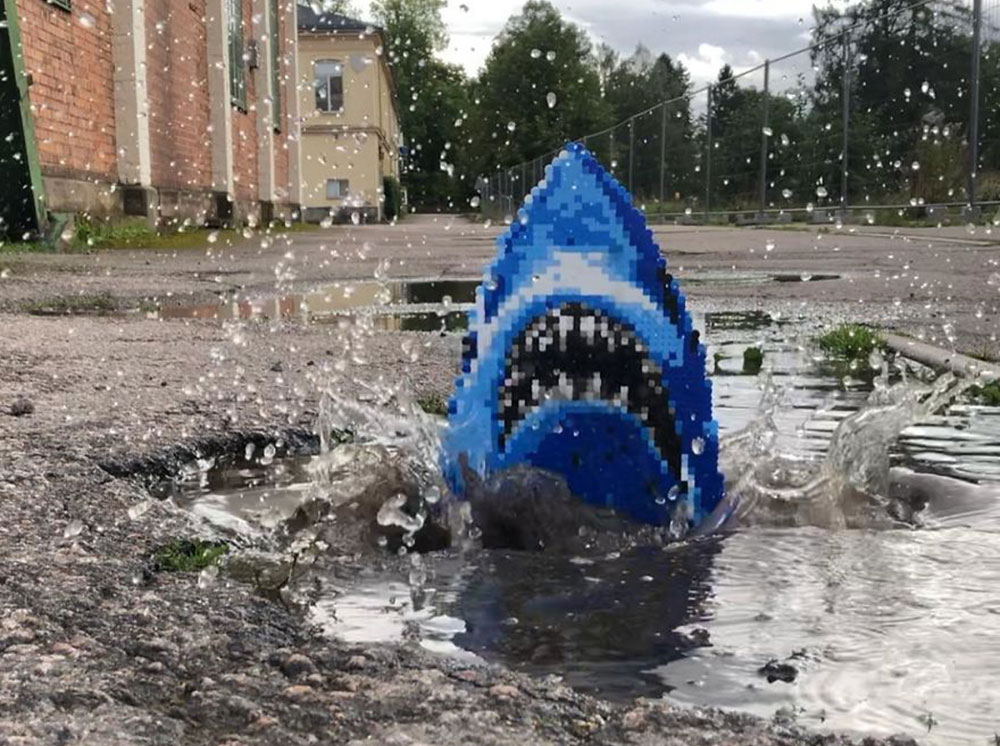 Graffiti artists have used walls, alleyways, manholes, light poles, and train cars for decades as their artistic canvases. While graffiti art is often characterized as vandalism, that doesn’t mean it’s not still attention-grabbing for the right reason — talent and creativity.

Johan Karlgen is a Swedish artist who also uses the streets and everyday spaces that he encounters as his canvas of choice. However, Karlgen doesn’t always work with spray cans or paint. As you’ll see, one of his more popular mediums of choice is pixel art.

Karlgen, who goes by the artistic name Pappas Pärlor, creates pixelated art with plastic beads melted together. It’s easy to see why his art pieces have been so popular on Reddit. His pieces are both accessible and nostalgic, often drawing on pop culture and childhood comics, cartoons, video games, and movies.

In an interview with Bored Panda, Karlgen said he went to art school just to “go to another city to live and skateboard,” but making art eventually became his calling and he began experimenting with the plastic beads around 2015. In order to create his pixelated works of art, he must first arrange the plastic beads and then melt them together using an iron. As for the subjects he chooses, inspiration can come from anywhere.

“Anything that makes me feel something. It could be anything from childhood memories to politics or people doing awesome stuff that I wanna interpret.” The artist also mentioned that the style of his street art is quite playful and fun: “I don’t really choose what to create. My work is sprung from playing, and I’ll try to go with the ideas that come up in my head.”

While graffiti art can get a bad rap and be classified as vandalism, even resulting in tickets, Karlgen is conscious of where he chooses to do his art.

“I’ve never had a bad experience in the streets. I call my street art ‘civil disobedience with a conscience’ meaning, for example, that I don’t paint on people’s private property but focus on weird, broken (often ugly) things in the streets. And that’s probably why no one minds.”

As for what’s next for the artist, well, probably more pixel art and a bit of skateboarding from time to time.  “I’m a father of four who loves gaming and skateboards every now and then. My wife has come to terms that I’ll never fully grow up.”

Ultimately, for Karlgen, his art and that of any artist, he suggests is all about “Make things that make you happy.”