Tons of Guns, But No Mass Shootings: What We Can Learn From the Swiss

Tons of Guns, But No Mass Shootings: What We Can Learn From the Swiss
Switzerland has become a reference for the NRA and supporters of the 2nd Amendment, but the law there is more nuanced and restrictive.
Read More

Switzerland has one of the highest rates of gun ownership in the world, with over 2 million firearms in circulation of its 8.2 million citizens. Swiss citizens regularly learn to shoot when they are still children, and the country even hosts national shooting competitions for kids aged 13-18. And yet, in 2016 there were only 47 gun-related homicides in the country. There have been very few mass shootings in Switzerland since 2001, when a man killed 14 people and injured 18 others in a local government building.

Because of this, Switzerland has become a common example pointed out by proponents of the NRA and supporters of the Second Amendment in arguing that high rates of gun ownership don’t necessarily equate to more mass shootings. But gun laws in Switzerland – especially after changes made in 2008 to comply with the European Firearms Directive – are more nuanced, and more restrictive, than many people think. 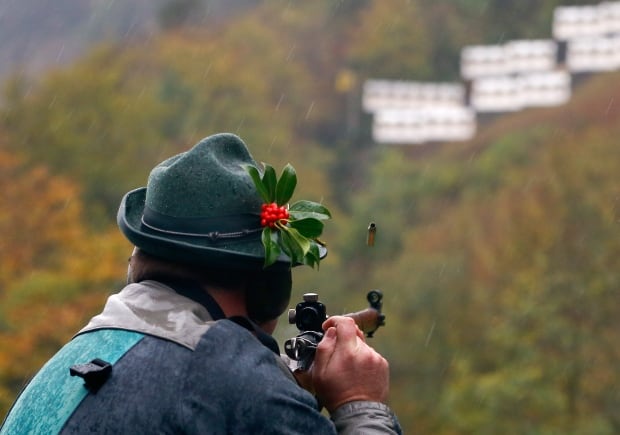 A History of Swiss Gun Culture

Switzerland has long held a reputation as a neutral nation when it comes to war and conflict, but in a perhaps ironic twist, they are well known to have a very strong gun culture. Their official stance of “armed neutrality” has kept them safe in the past, and their training and arming of citizens will likely continue to keep them safe in the future. But laws in Switzerland regarding gun control are often completely misinterpreted. It’s touted as a gun-loving country with one of the highest rates of gun ownership in the world, but in fact, there is still only about half the number of guns per capita in Switzerland than in the United States (the most liberal of estimates place ownership at 46 guns per 100 people vs. 89 guns per 100 people in the US). The number of guns in the country has actually been dropping over the past several years, due to a smaller militia and tightening laws, and the Swiss government’s own data places this statistic much lower, estimating only 24.5 guns per 100 people in 2016.

Switzerland’s gun laws used to be much looser, with various different laws in each of the 26 cantonal regions of the country. But when crime rates began to rise in the 1990s, Switzerland took action by cracking down on firearms. When they became part of the Schengen Agreement in 2008, Switzerland made further concessions to its gun laws. Currently, Swiss legislation bans the use of automatic weapons, silencers, laser sights, and heavy machine guns. The government demands licensing for the acquisition and carrying of any firearm, and requires registration and licenses for ownership of firearms, with some exceptions made for hunting weapons. Practically everyone in Switzerland is trained to use a gun, yes, but that training, as well as the use, storage, and transportation of guns, is very regulated. 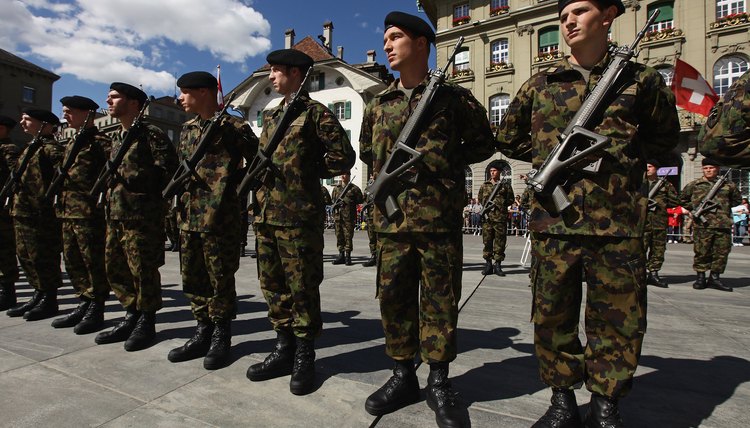 In Switzerland, men aged 18-34 who are “fit for service” are all trained and conscripted into the Swiss military, and women who are of age can also choose to enlist. Military personnel are provided with a Swiss Army gun and trained to use it, and the weapon becomes theirs for the duration of their service. They undergo mandatory training when they are 18 and then considered to be part of the Swiss militia until they reach the age of 35, with shorter periods of mandatory training in between to freshen their minds on tactics and safety. Historians say that this tradition of keeping their civilians armed is largely what kept the Nazis from invading Switzerland in WWII.

Service weapons are traditionally kept at home by recommendation of the military, though the number of service weapons stored at home dropped to an all time low of 11% in 2015. It is also recommended that guns in the home are taken apart, with the barrel kept separate from the rest of the gun, so that anyone trying to steal the gun would find it useless without both parts, and to eliminate the possibility of accidental shootings like the ones that occur all too often with toddlers in the US.

After their terms in the military are completed, former servicemen and women can opt to buy their service weapon from the Swiss Army, though they must apply for a permit and provide justification to the Swiss Army as to why they want to keep the weapon. 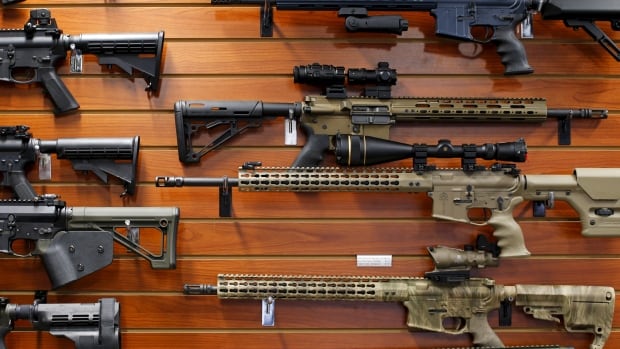 Restrictions on Weapons Acquisition and Transportation

Licenses to acquire a weapon in Switzerland require the applicant to be at least 18 years old with no criminal record, and must have no cause for suspicion that the weapon will be used for harm or violence. An acquisitions license is valid for 6-9 months and is usually valid only for the acquisition of a single weapon. Licenses are doled out on a local level, and they are not given lightly. Cantonal police, who approve or deny licenses, are known to consult psychiatrists, require proof that the applicant is not addicted to drugs or alcohol, contact police in any cantons where the applicant has lived previously, and even interview personal acquaintances before granting an acquisition license.

Carrying licenses can be obtained for gun owners who want to take their gun with them on a daily basis, but they must first demonstrate a need for the weapon (self-protection or protection of others), and pass both a theoretical and practical exam regarding gun safety and usage. The practical exam tests the user’s ability to load, unload, and operate the gun, and the theoretical section tests knowledge of types of weapons and ammunitions, security and safety measures, and perhaps most importantly, gun laws and consequences of criminal acts with a firearm. Most gun owners in Switzerland don’t have a carrying license unless they require it for work, such as in the case of police officers and security guards.

Those who own a gun for sport are allowed to transport their weapons only to and from the shooting range, and while the firearm is in transport, it cannot be loaded, and ammunition must be kept separately. 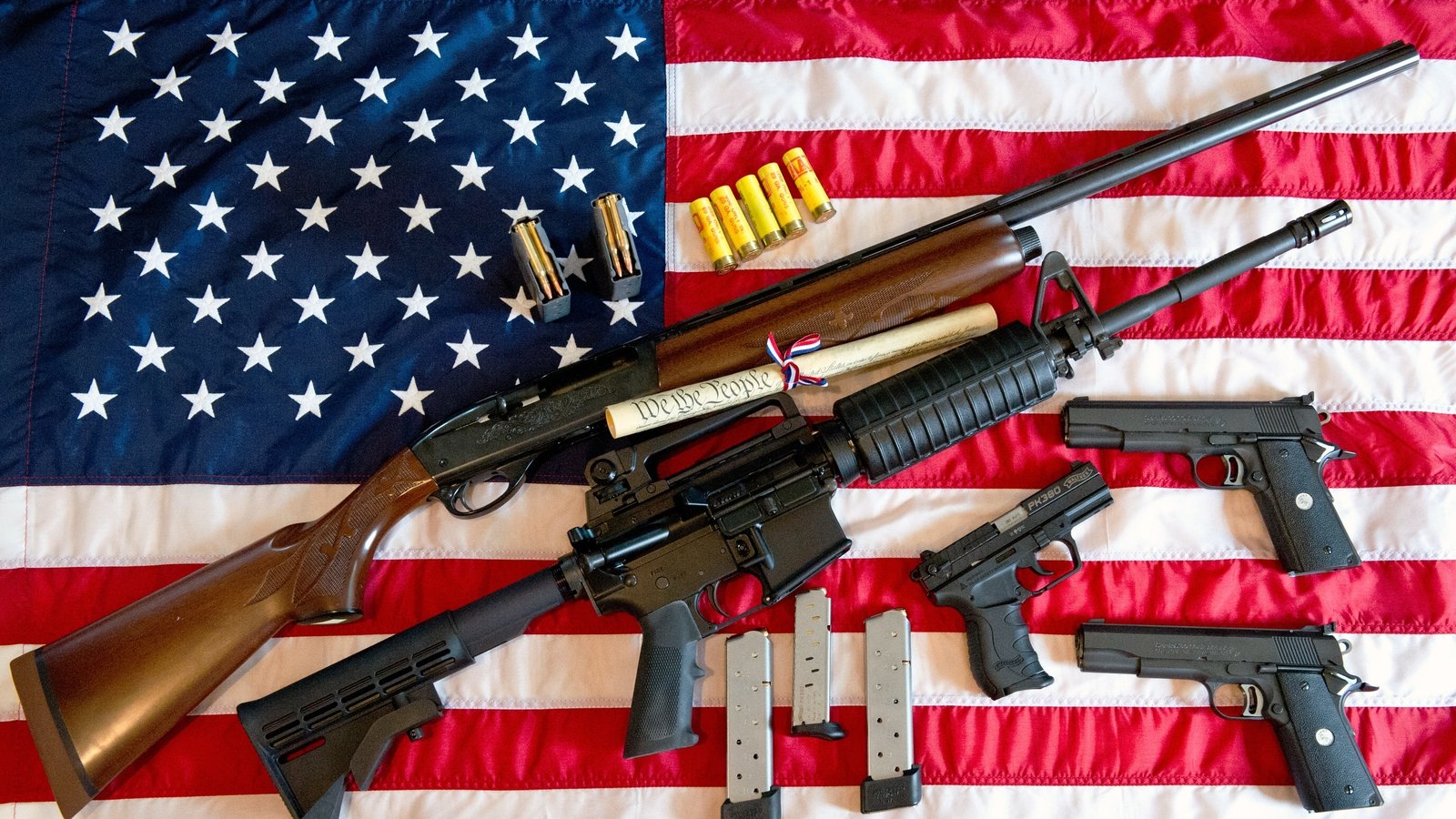 What Can we Learn From Switzerland?

Switzerland is far from perfect: the country experiences some of the highest rates of gun related deaths in Western Europe, many of which are suicides or crimes of passion – but the fact remains that Switzerland’s gun culture, which is very liberal compared to its neighboring countries, yields much less violent results than that of the United States.

Perhaps it’s the in-depth process of gaining an acquisition license. Or maybe it’s because so much of Switzerland’s population has been conscripted into the national militia, and so they’ve all been properly trained to not only use a gun, but also to understand the gravity of using one. But maybe the answer lies in Switzerland’s overall outlook on firearms, something that is very different than the attitude in the US.

When the Nazis invaded the rest of Europe during WWII, they determined that an invasion of Switzerland would be too costly, because every man in Switzerland was not only armed and trained to shoot, but also ready to fight for their country. This preparation kept Switzerland out of the war and earned them their reputation of neutrality. Even today, Switzerland’s borders are equipped with explosives at tunnels, bridges, and other entryways as an extreme tactic against outside forces, which serves to protect their citizens at any cost.

On the contrary, in America the Second Amendment was created to allow its citizens the right to protect themselves against tyranny. Largely due to the circumstances under which our country was created, the Bill of Rights is designed to allow freedom, even if that means standing up to its own corrupt government as the founding fathers did against the British. While Switzerland’s gun laws are designed to help protect its citizens from outside attacks, America’s were created to protect against evil from within our own borders.

The difference? Switzerland isn’t the country that’s currently tearing itself apart from within.