Veganism Has Gone Mainstream, But It’s Not Just About the Animals Anymore

Thirty years ago, veganism was iconified by hippies and animal rights protests. Going vegan used to mean it was extremely difficult to have dinner at a friend’s house or go out to a restaurant. Doing either of these things often meant eating a lot of side dishes with no main course, or enjoying just a beverage while your friends ate their meal. Flash forward to today, when not only are there vegan options offered at most restaurants, but also entire establishments that cater to the lifestyle. Veganism has exploded in the past decade, and its rise in popularity shows no sign of stopping any time soon.

The History of Veganism 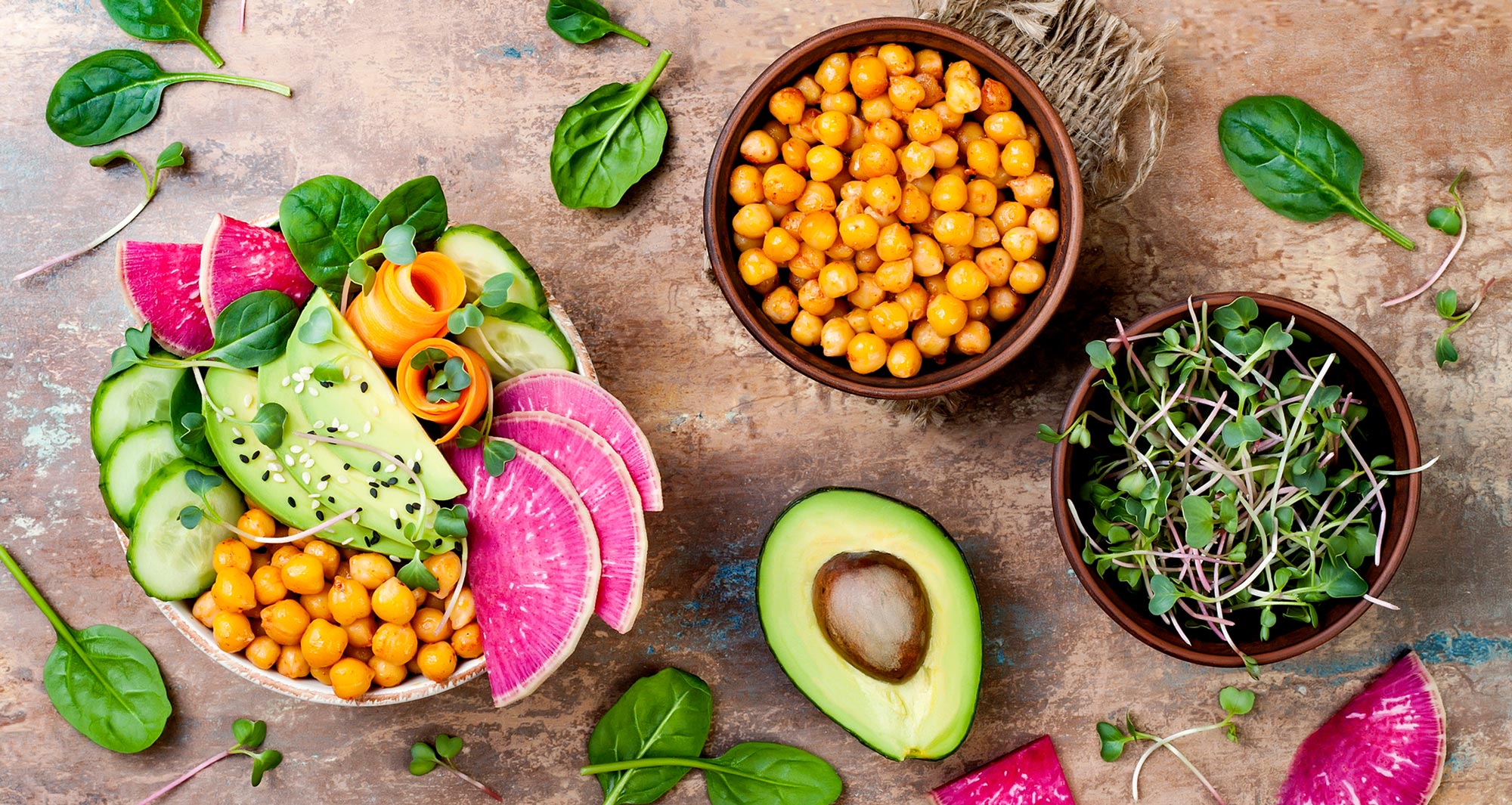 The term ‘veganism’ was first coined in 1944 by Donald Watson, a member of the English Vegetarian Society, who wanted to create a term for vegetarians who also don’t consume dairy. By 1951 the definition had expanded to encompass a way of life that did not exploit animals.

But the concept of living without the dependency on animal flesh and byproducts has been around for centuries, particularly in Indian and Mediterranean cultures. It has even been mentioned by famous figures like the Greek philosopher Pythagoras, around 500 BC, and is sometimes interpreted in ancient Buddhist and Hindu scriptures.

During the late 20th century, the veganism movement was most driven by animal rights concerns, and was closely related to protests against using products like leather or fur in clothing, or testing cosmetics on animals. Many vegans are still passionate about these topics today, but it wasn’t until veganism began to be touted as a healthy, environmentally friendly lifestyle that it really began to gain traction.

Why Do People Go Vegan? 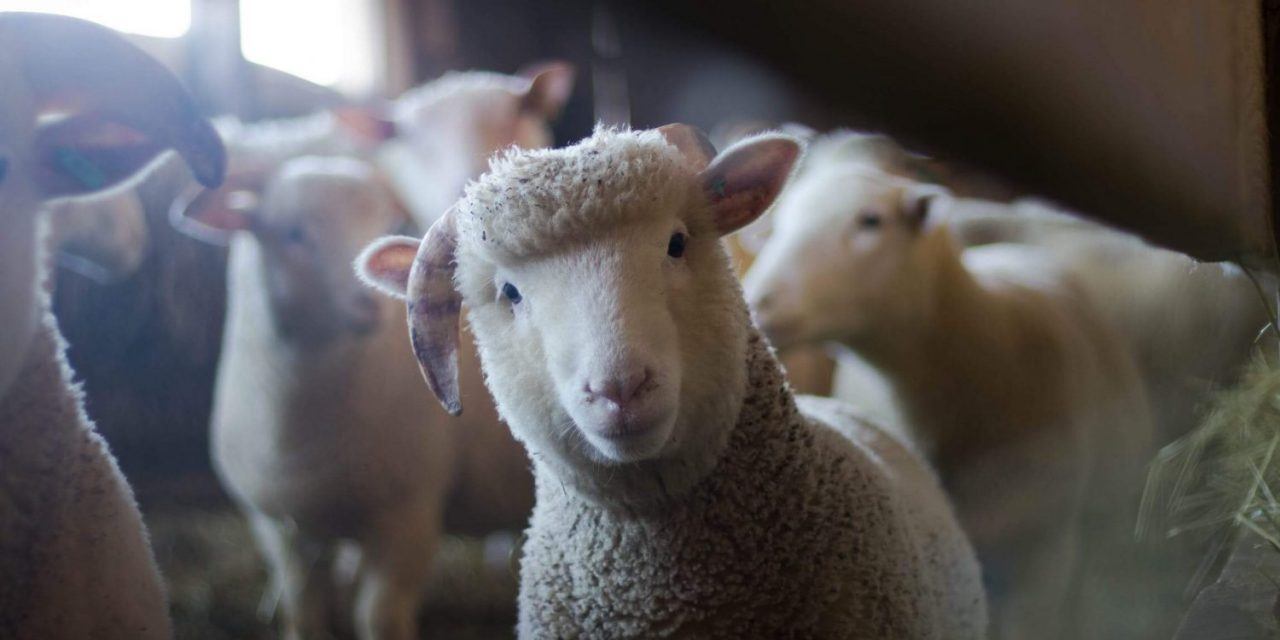 The decision to become a vegan is a deeply personal one that is different for every person. Although everyone has their own reasons, they all typically fall into a few specific categories that aren’t necessarily mutually exclusive.

First, there are the moral reasons to become a vegan, primarily animal rights. People who go vegan for moral reasons often do so because they believe that they are taking a step against the unethical killing and usage of animals for human consumption.

The second main draw to veganism is for environmental reasons. Meat production places an enormous strain on the environment, everything from the grain the animals eat and the water they consume, to the land they live on, to the greenhouse gases they emit. If everyone in the world switched to a plant-based diet right now, by 2050 we would reduce the greenhouse gases emitted from food production by a staggering 70%. Expecting the global population to go vegan is obviously an unrealistic hope, but the environmental impact of food production is a huge factor for those who undertake a vegan lifestyle.

Arguably the most common reason for choosing to live as a vegan are the health benefits associated with the lifestyle. Vegetarians and vegans typically have a much lower BMI than omnivores, and according to this study by the National Center for Biotechnology Information, choosing to forgo meat and/or other animal byproducts can provide additional protection against conditions such as obesity, diabetes, heart disease, and even some cancers.

Sustainability and Accessibility of a Vegan Diet 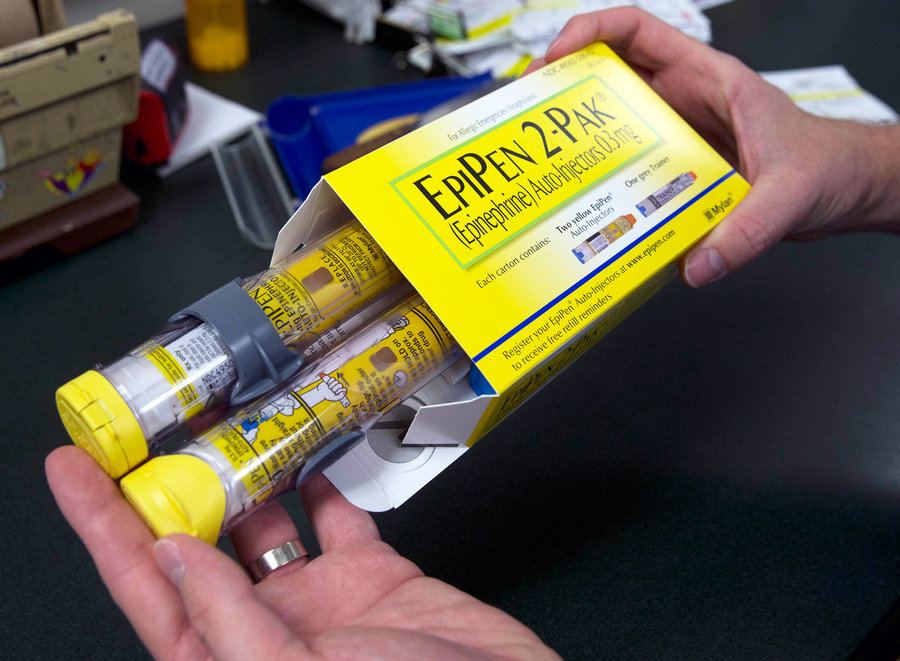 Eating vegan isn’t as simple as cutting out meat, dairy, and eggs from your diet. Maintaining a vegan diet also requires making sure you’re getting the nutrients that most people get from eating meat. The extra thought that needs to go into the food you eat, coupled with the fact that many vegans also try to eat organic, means that being a vegan may require a lot of your time and money. This relationship means that veganism is very closely connected to socioeconomic status, at least in western culture. Most vegans are white, female, and if not outright affluent, at least living a comfortable enough lifestyle to be able to afford splurging on food. Being vegan is a luxury that not everyone can afford, and though in some circles it may seem like everyone and their brother is adopting a vegan diet, it’s important to recognize that this simply is not realistic for many people.

It’s also important to note that just because something is touted as vegan and healthy doesn’t necessarily make it a sustainable or eco-friendly choice. Almond milk, for example, is an incredibly popular dairy substitute for vegans, those who are lactose intolerant, and those who are just trying to be healthier. But its production is dominated by a single location and depends on millions of gallons of water from drought-stricken California, meaning that it’s less than stellar for the planet.

Veganism and Other Dietary Restrictions 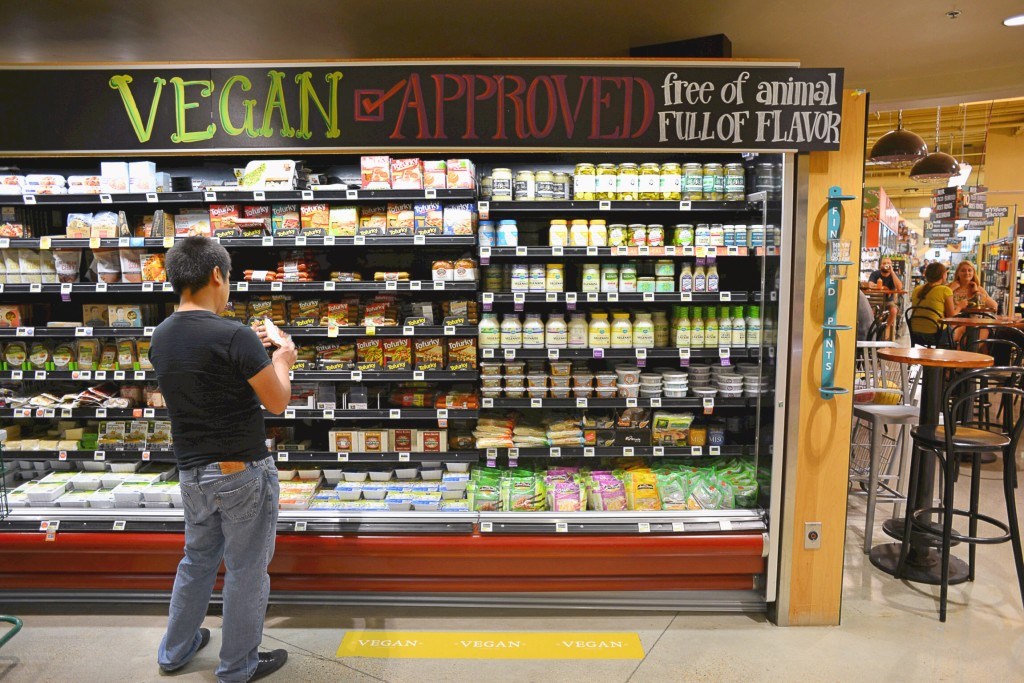 The rising trend of veganism goes hand in hand with the increasing number of products offered for people with food allergies or other dietary restrictions. Studies suggest that food allergies in adults are on the rise, with a 377% increase in insurance claims for anaphylactic food reactions between 2007 and 2016. A lot of these allergies developed in patients after the age of 18, and may be related to the rise in voluntary dietary restrictions. These statistics don’t even include other dietary needs like gluten sensitivity or lactose intolerance, which – though often self-diagnosed or adopted as a trendy choice rather than necessity – have also seen a massive rise in prominence in recent years.

This rise in selective eating habits – whether due to allergies or diet trends – has created a massive demand within the food market. This demand is being met in droves by producers, which is making life easier than ever for someone with special nutritional needs, vegans included. 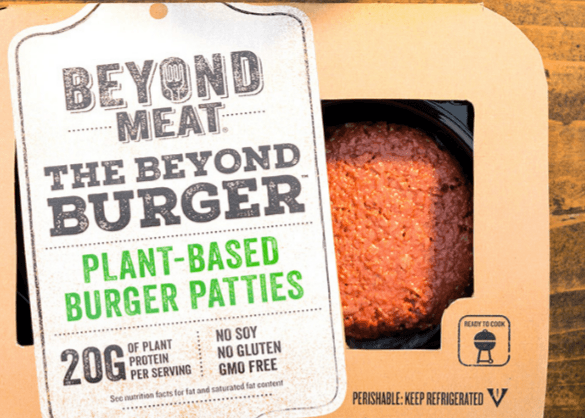 Whether it’s by choice or by order of your doctor, there’s no doubt that going vegan, or gluten/dairy free is trendy right now — all it takes is a quick search of the #cleaneating hashtag on Instagram to figure that out — and that trend is driving the market in a major way. Organic and ‘natural’ foods, meat and dairy substitutes like almond milk and soy products, and other products that cater to a healthy lifestyle are more prominent than ever in grocery stores. Entire companies have sprung from the vegan market, like Impossible Foods, which makes plant-based meat and dairy products that taste like the real thing.

Increasing numbers of restaurants offer items or substitutions on their menus for people with restricted diets, and there are even many restaurants out there that cater exclusively to vegans, vegetarians, and gluten free eating.

This is great news for vegans. The current trendiness of the lifestyle is a huge factor in its current accessibility because businesses are seeing that there’s a lot of profit to be made in a gluten free, dairy free, or plant-based diet. While the price tag on some vegan products may border on outrageous, vegans now have access to more choices than ever when it comes to meeting their nutritional needs. Supplements, superfoods, and specially made vegan products are more available than ever, and this trend show no signs of stopping.

The Future for Vegans 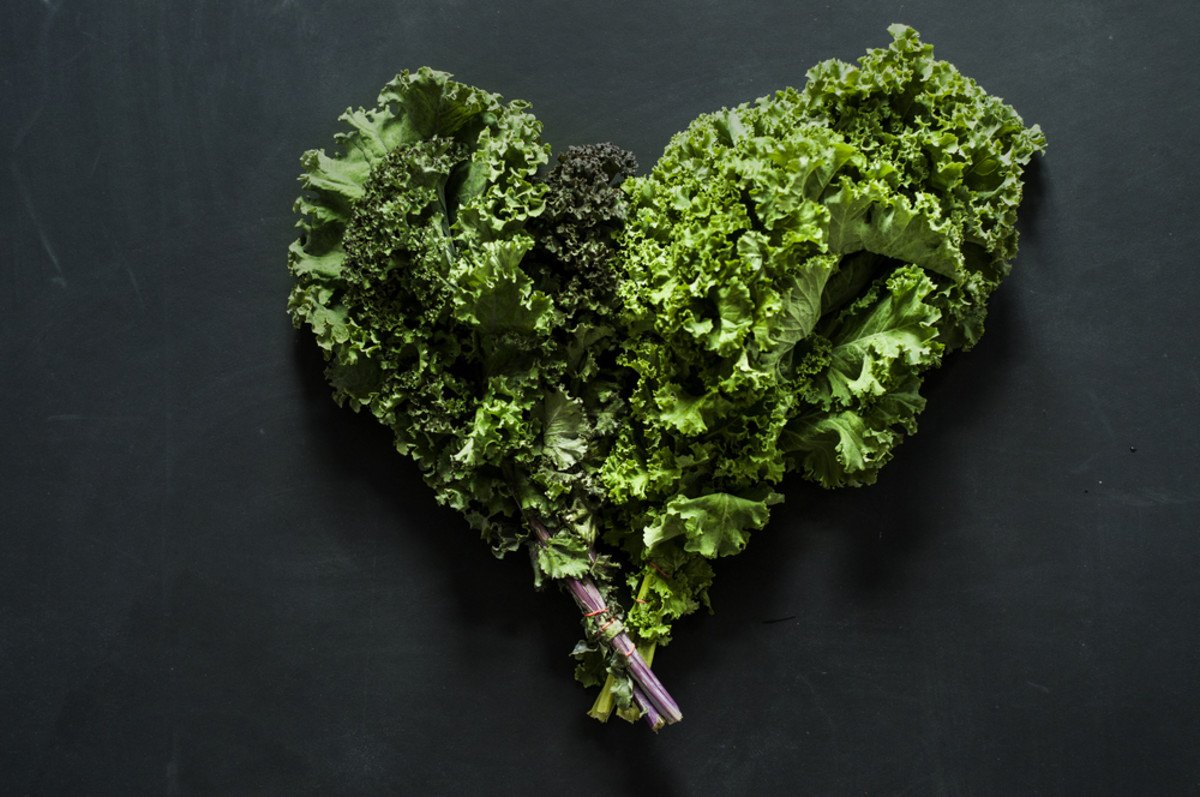 Even if nutritional trends change in the near future, it’s fair to speculate that the vegan movement, at least pertaining to diet, has garnered enough support to continue on its own. What once began as an animal rights movement has grown into a lifestyle that promotes sustainable living and environmentally conscious products. Given the crossover between vegan and other products aimed toward those with dietary restrictions, it should continue to be easy for vegans to access the food they desire long after the fad passes.