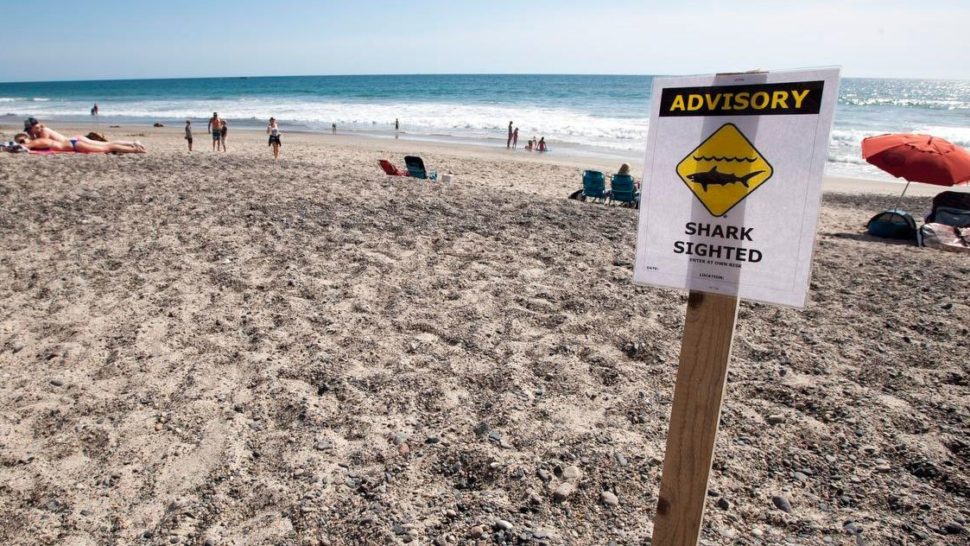 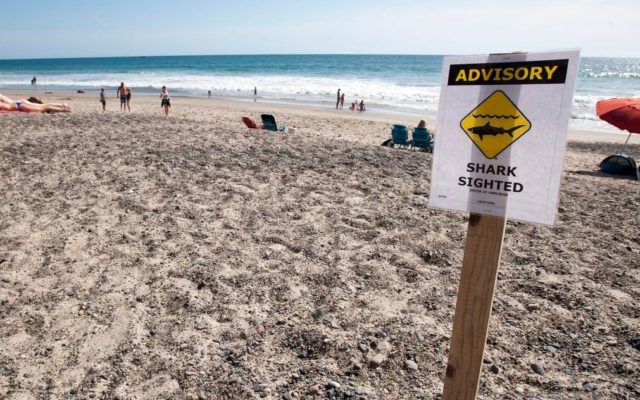 Why The Carolinas Have Become A Summer Buffet For Sharks

Why The Carolinas Have Become A Summer Buffet For Sharks
A number of factors have made the Carolina coast a perfect shark feeding spot.
Read More

The Independence Day weekend has passed and thankfully, there were no reported shark attacks along the coast of North and South Carolina. At last count though, there have been 11 shark attacks so far this summer and the spike has both beach-goers nervous and scientists perplexed (and likely has grizzled old fishermen demanding they’re gonna need a bigger boat).

The most recent attack, in which a six-to-seven foot shark bit a man swimming in waist-deep water off Ocracoke Island in North Carolina, was the state’s seventh. 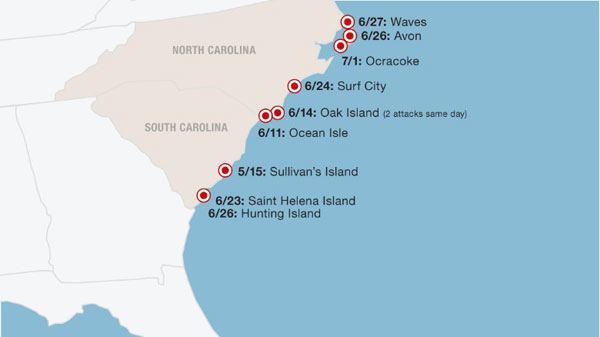 So far, 2015 is tied with 2008 for the highest number of attacks in a single along the Carolina coast, according to the Shark Research Institute. As much as the attacks might conjure up a real-world version of “Jaws”, scientists want to assure people that sharks are not deliberately targeting humans. The sharks still see fish and sea turtles as their main dinner options, it’s just that sometimes human limbs get in the way, assures George Burgess of the International Shark Attack File, a long-running database of shark attacks at the Florida Museum of Natural History.

It’s currently sea turtle nesting season, and there are more people on the beaches now than ever before. Add on to that the migration patter of sharks from north to south and the Carolinas have become a bit of a vacation hot spot for the teethy fish. Another possible X factor might be the drought. “Whaaat, a drought is the reason Jabber Jaw’s been munching on tourists?” Well, possibly.

Drought conditions reduce the amount of freshwater making it to the sea, creating an environment along the shore where higher salt levels attract more fish – thus calling sharks to swim in for the summer buffet. “There’s something going on there, there’s no doubt about that,” Burgess said. “It’s a perfect storm of environmental and biological variables as well as human activity”.

The best way to avoid a shark attack of course is opting for the pool, but if you must venture into the unforgiving sea, try and follow these tips:

Don’t go in the water if you have any sort of open wound. Sharks have a keen sense of smell.

If you see a shark approaching slowly, swim towards the shore and give it a punch on the nose if it gets too close.

While the number of shark attacks on humans might be an ominous cloud over your beach plans, it’s still only a drop in the bucket compared to human attacks on sharks. And after all, it is their ocean. 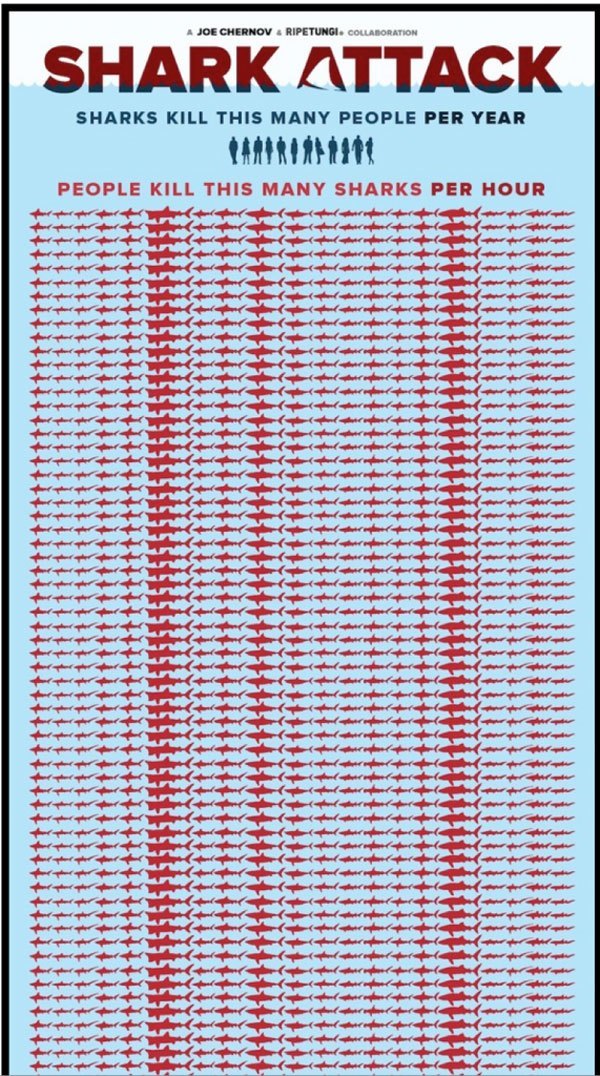