Why We Should be Excited About, Not Scared of, Robot Bees

Why We Should be Excited About, Not Scared of, Robot Bees
It sounds like a plot line from a sci-fi movie, but researchers have just created a robotic, bee-imitating drone that has many promises.
Read More

In a new development that sounds like a plot line from a futuristic sci-fi film, researchers have created a robotic, bee-imitating drone in the race to solve the rapid decline in global bee populations. Eijiro Miyako and his colleagues at Japan’s National Institute of Advanced Industrial Science and Technology created the tiny drone, that weighs only half an ounce (15 grams) and measures just 1.5 inches (4 centimeters). See it in action below in the video published by New Scientist:

How does the robotic bee work?

The manually controlled drone mimics the process of cross pollination carried out by honey bees. Its base is covered in horse hair and a sticky gel substance. As the drone lands on one flower, pollen sticks to the its base, and then rubs off onto the next flower that it visits.

In experiments, the drone successfully cross pollinated a species of japanese lily without damaging the stamens or pistils on landing. 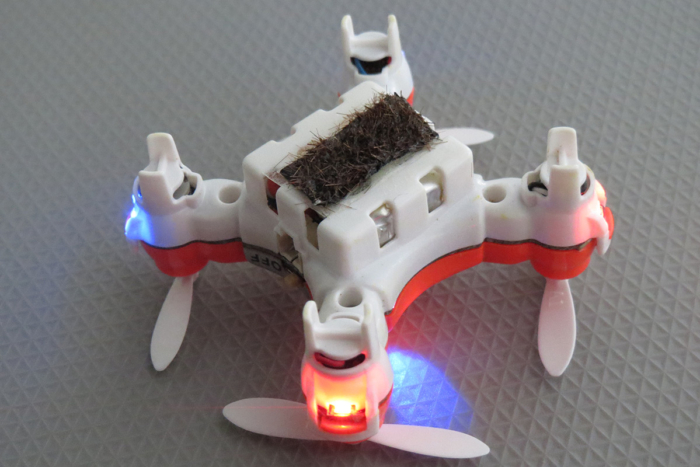 Why are bees so important?

Bees play a critical role in the life cycle of the majority of plant species. Pollination is a critical part of the reproductive process of flowering plants. The male reproductive parts (stamens) hold pollen that fertilises the female reproductive parts (pistils). Some of these flowering plants are self-pollinating, where the stamen sheds pollen straight into the pistil. But for the others, bees are vital in the transportation of pollen from the male to the female plant. This process is called cross-pollination. 85% of the earth’s plant species rely on cross pollination to reproduce. Alarmingly, this includes 3/4 of the global crop species cultivated for human consumption.

Cross pollination happens when a bee visits a flower to feed, and the pollen sticks to its body. Then, the bee deposits the pollen in the next flower they visit. Cross pollination creates more genetic diversity, health and abundance within crops – being therefore favored over self pollination. 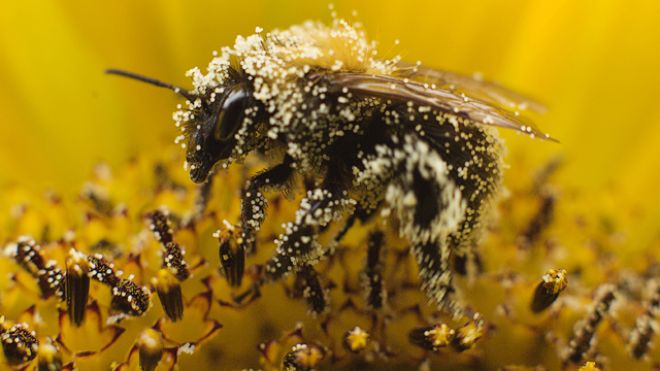 A Species in Crisis

The use of pesticides, land clearing and climate change are having devastating impacts on the world’s bee populations. In a paper published by researchers at Harvard University, the agricultural use of neonicotinoid pesticides are said to be changing the behavior of the bees that are critical to the pollination of crops.

The chemicals in these pesticides act as nerve poisons, with similar effects to nicotine. The researchers, led by Chensheng Lu (Associate Professor of Environmental Exposure Biology) write that the use of these pesticides might lead to ‘”impairment of honey bee neurological functions, specifically memory, cognition, or behavior.”

In addition to impaired brain activity affecting the pollinating behaviors of infected bees, pesticides have been found to contribute to an alarming phenomenon called Colony Collapse Disorder (CCD). CCD was first widely reported in the US in 2006. Since then, it has been a pressing concern for environmentalists worldwide. It describes the mysterious, mass die off events of whole bee colonies.

A complex web of factors is thought to contribute to the continuing occurrence of CCD. This web includes disease, poor nutrition, parasites and the stress of transport between orchards for pollination. Scientists think that a combination of these factors, with the added exposure to dangerous pesticides, could be the reason behind the continuing wave of CCD.

The result is a species in rapid and alarming decline. 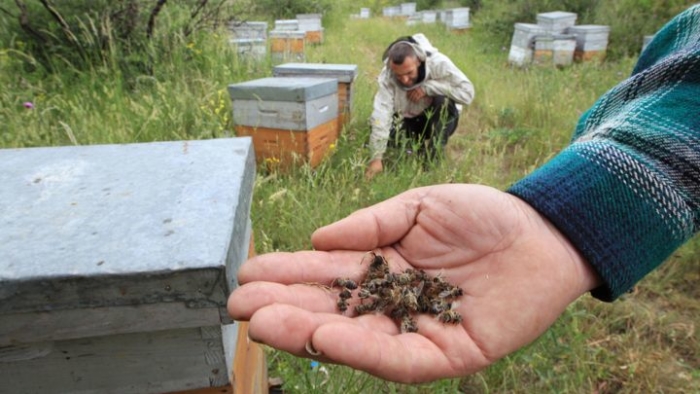 Are Robotic Bees the Answer?

While the initial breakthroughs of Miyako’s work gives hope, there’s still much work to be done before a long-term, economically viable and efficient solution is found.

Miyako’s team is now working on ways to make his bee drones autonomous. This would require GPS, artificial intelligence and high resolution cameras to allow the drones to track their way between flowers. This progression will take some time. In the meantime, other more financially viable measures are being developed to combat the rapid decline of bee populations.

Alternative measures include the possible development of Green Highways, to allow bees to move freely between foraging locations where agricultural development has created ‘green deserts.’ The reduction of harmful pesticide use is also an essential part of the solution. Machines to spray pollen over crops are also being developed.

These measures, and continuing research into saving the world’s honey bees must not slow, as a robotic bee can not be relied upon to replace the real thing. Miyako explains:

“We hope this will help to counter the problem of bee declines. But importantly, bees and drones should be used together.” 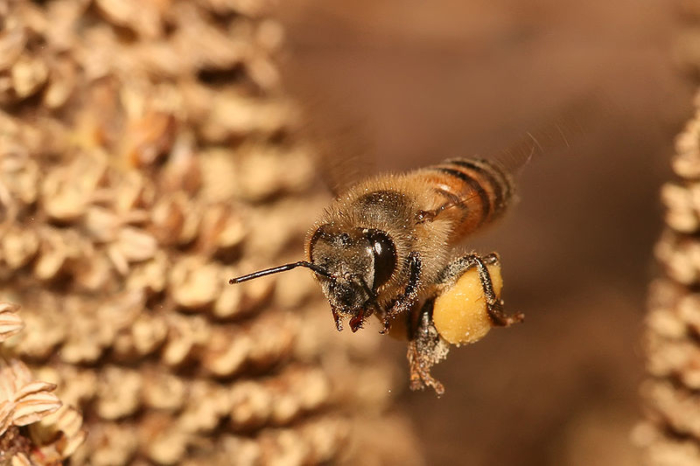