This New Glove Translates Sign Language Into Speech and Text

This New Glove Translates Sign Language Into Speech and Text
Even better: this sign language glove was made by a student and will integrate multilingual translation and the option to send texts and emails.
Read More

A new piece of wearable technology could finally bring sign language to the digital era. Saudi designer and media artist Hadeel Ayoub‘s SignLanguageGlove is outfitted with five flex sensors and two accelerometers that interpret what the user is signing, and turn it into speech or text.

Ayoub, who is completing her PhD in Arts and Computational Technology at Goldsmith’s University of London, created the device for a class titled “Design with a Cause”. “I had one mission when I started this project and it was to facilitate communication between all kinds of disabilities,” says Ayoub, “eliminating barriers between people who have a visual, hearing, or speech impairment.”

The project, inspired by Ayoub’s four-year-old autistic niece who uses sign language, has progressed significantly the first prototype from this September that could only interpret one letter at a time at a rate of 1-2 letters per second. She is currently on the fourth version, which has the most discreet design yet and includes a motion sensor to help identify full words and common sentences, an LED screen and a speaker so that translations can be conveyed on the device itself, and a WiFi chip so it can be used with a smartphone to send emails and texts.

The heart of the glove started as an Arduino Uno board, which Ayoub replaced with the less clunky Arduino LilyPad that is designed to be sewn into fabric. Eventually, Ayoub hopes to add software that makes it easy for users to add words and phrases by performing the sign and typing in the meaning. 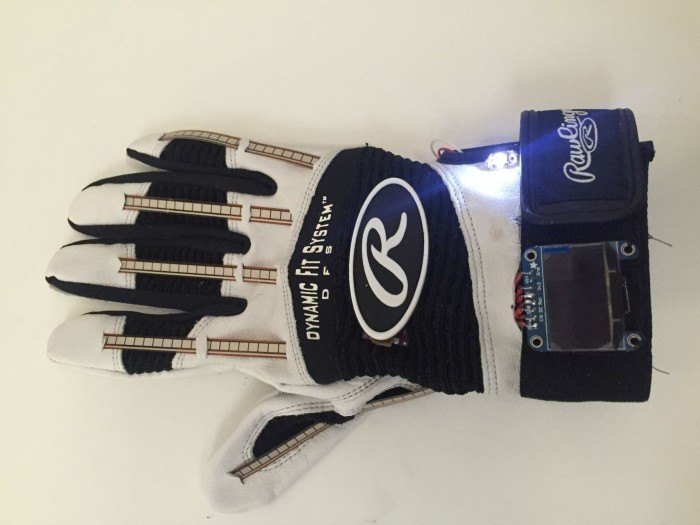 “Anybody with the ability to see can pick up the glove and learn how to use it, explains Ayoub. “It does take some learning, about fifteen minutes. […] Once this initial learning period is passed, however, the results are fairly accurate.” 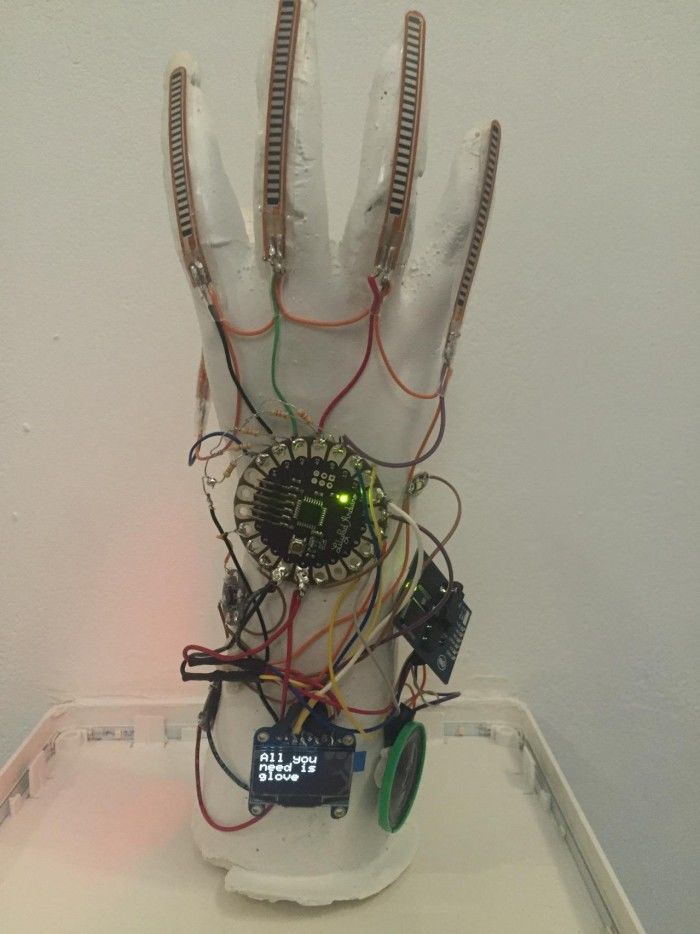 Ayoub is currently developing 100 beta units that she will send out to get feedback on how to improve the glove’s features, while at the same time modifying the design to fit children. Ayoub admits that her specialty is in research, and is currently looking to sell the design to a company who will produce and distribute the glove at a low cost to schools and hospitals.

The idea of a sign language glove is nothing new, with working devices dating back to at least 2002, but Ayoub intends to make the lightest and most practical version yet for individuals of any age and linguistic background. “I want it to be an everyday gadget, like an ear piece for people who can’t hear, as an extension of the body like any normal device.”