10 Facts Proving the World is Getting Better, Despite the Negative News Cycle

10 Facts Proving the World is Getting Better, Despite the Negative News Cycle
A reminder that it isn't all doom and gloom in 2018, after all.
Read More

If you spend a lot of time watching the news or listening to politicians, you might have come away with the impression that crime is at record highs, that more people are in poverty than ever before, and that huge changes need to be implemented if we want to, uh, “make the world great again”. But it’s not often that the media will report on the ways that the world is actually improving. And it is. So, we’ve compiled a list of ten ways that the world is improving, despite all the doom and gloom.

1) The world is better for LGBT people than it has ever been. 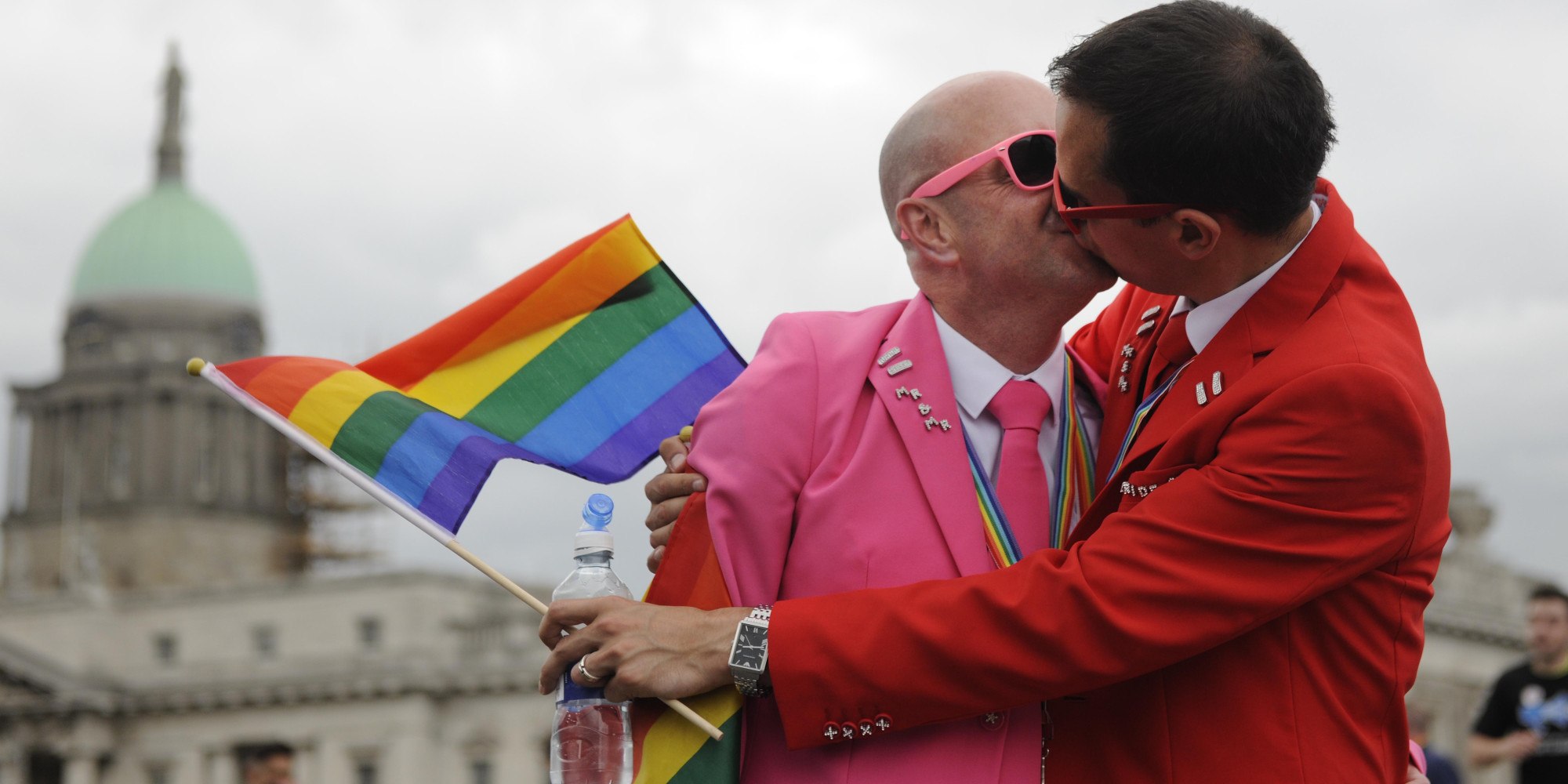 If you had a time machine and turned the clock back by a century, the way LGBT people were treated would shock you. Or more accurately, you might never encounter somebody who identified as LGBT because the treatment of people who did dare to come out was so awful. In 1918, homosexuality was illegal in almost every country in the world, including the United States. As of 2018, every single state has been served by an LGBT elected politician in some capacity, gay marriage has been legalized in 26 countries around the world, and gains are being made every year for people who don’t identify as straight.

2) The number of people in poverty is at an all-time low. 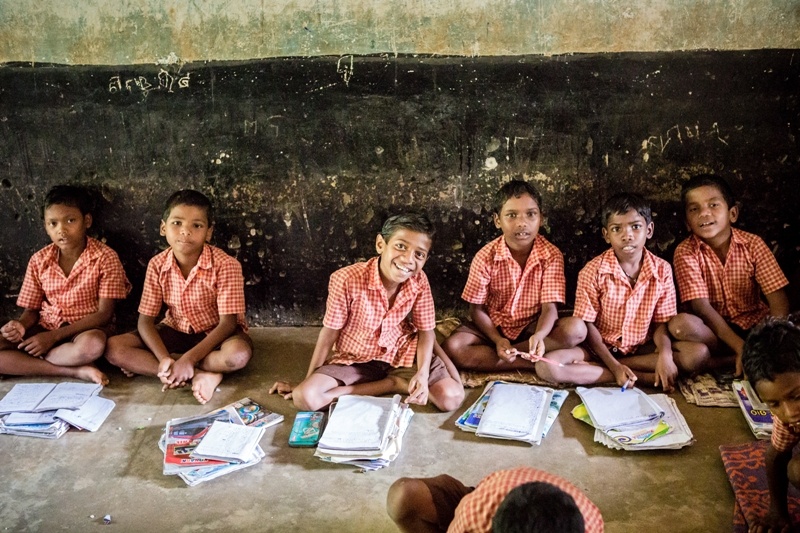 ESSENCE Cultivates A Conversation Of Diversity And Beauty With Fashion House >>

The number of people in extreme poverty has been halved in the last thirty years, according to the administrator for the US agency for international development. By some metrics, the achievements in poverty reduction are even greater: taking the world bank’s definition of poverty, the reduction has been an incredible 74.1% in the last 25 years. The United Nations has set a goal of eliminating extreme poverty by 2030, and even though the world’s population is increasing rapidly, the total number of people in poverty is declining.

3) Sexual harassment is finally being called out. 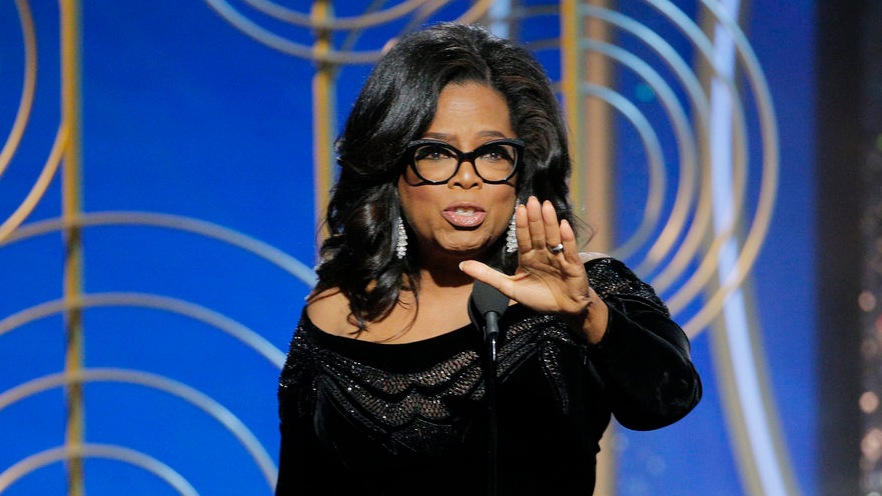 It’s difficult to know whether the #MeToo movement represents a sea change in cultural attitudes to sexual harassment, but it’s certainly an indicator that things are changing for the better. Hundreds of thousands of women have spoken out about the sexual harassment that they’ve faced, and the world has taken notice. As Oprah said at the Golden Globes this week, “For too long, women have not been heard or believed if they dare speak the truth to the power of those men. But their time is up”. 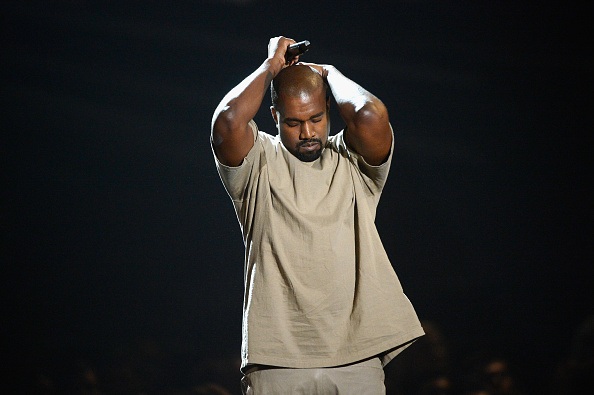 A study conducted in 2015 in the UK showed that a record number of people say that they would be willing to live with, work with, and have a relationship with somebody with a serious mental health problem. Similarly, a poll conducted in the United States in 2016 found that almost everybody believes that mental health and physical health are equally important. For years, people with mental health problems have been stigmatized and bullied, but huge attitude changes are happening through education and awareness. Celebrities have played a huge part in this, with popular figures like Kanye West, Cara Delevigne and Ellen DeGeneres speaking out about their experiences with depression.

5) The hole in the Ozone Layer is on the mend. 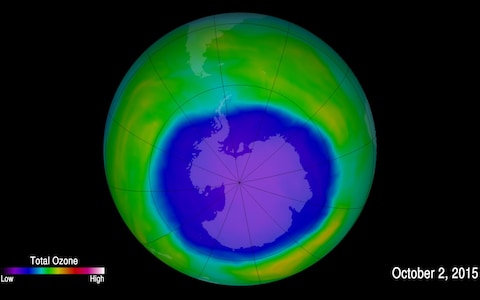 Do you remember when everyone was worried that human activity would irreversibly damage the Ozone Layer? The media has stopped reporting on the growing hole in the Ozone Layer because, thankfully, it isn’t growing anymore. It’s actually shrinking. Bans on chlorofluorocarbons (CFCs) have led to this being one environmental problem we likely won’t have to worry about. While there are still huge threats to our environment from carbon emissions, our action taken in protecting the Ozone Layer proves that countries can work together to prevent environmental disaster.

6) More people than ever have access to technological advances. 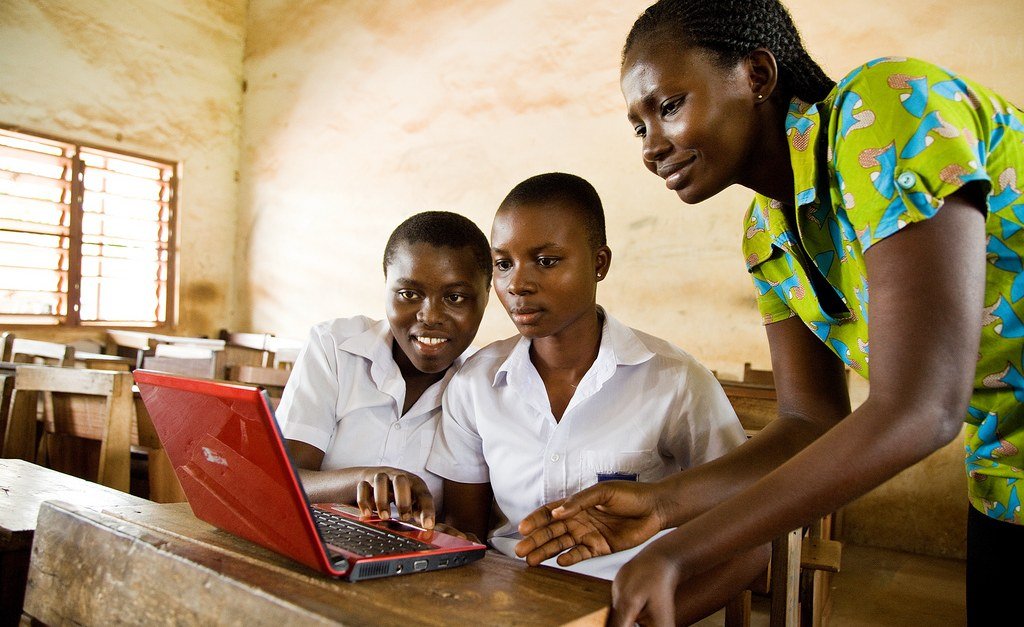 Almost half (47%) of the world’s population have access to the internet, and investment in infrastructure in some of the poorest countries in the world means that the number of people who are able to access information online will increase drastically over the course of the next few decades. And because the internet is such a useful tool for education, the number of people educated to degree level is expected to rise as well. With many colleges, including Harvard, offering online learning, we can expect to see the number of people from impoverished countries with degrees from universally respected institutions increase enormously.

7) Diseases across the world are being eradicated. 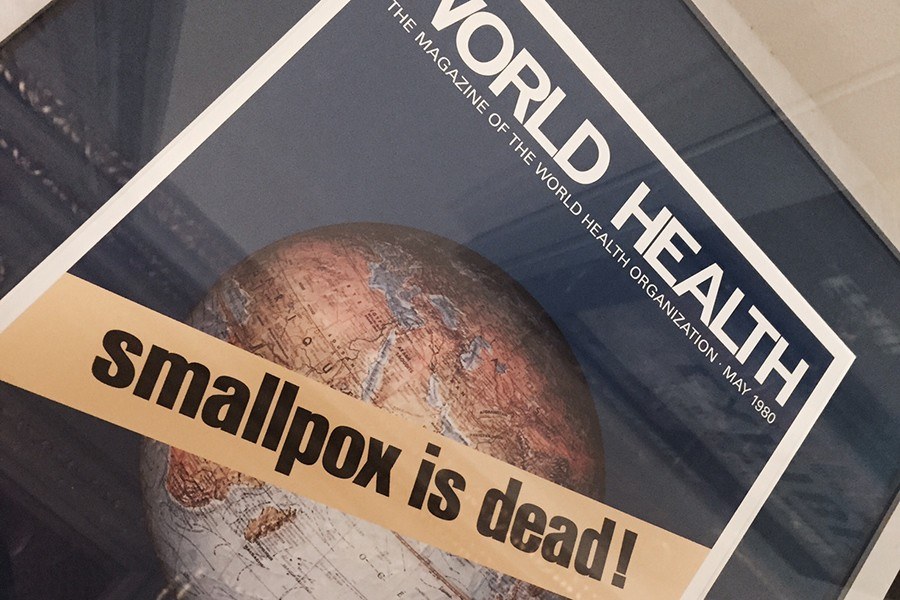 In the last hundred years, we’ve virtually eradicated smallpox and rinderpest, and are making huge progress on eradicating polio and malaria. And thanks to medical advances, even diseases that are still prevalent are much easier to live with, and survival rates are much higher for diseases that used to be considered a death sentence: people diagnosed with HIV now live ten years longer than they would have been expected to if they were diagnosed 20 years ago.

8) There are more women in positions of power than ever. 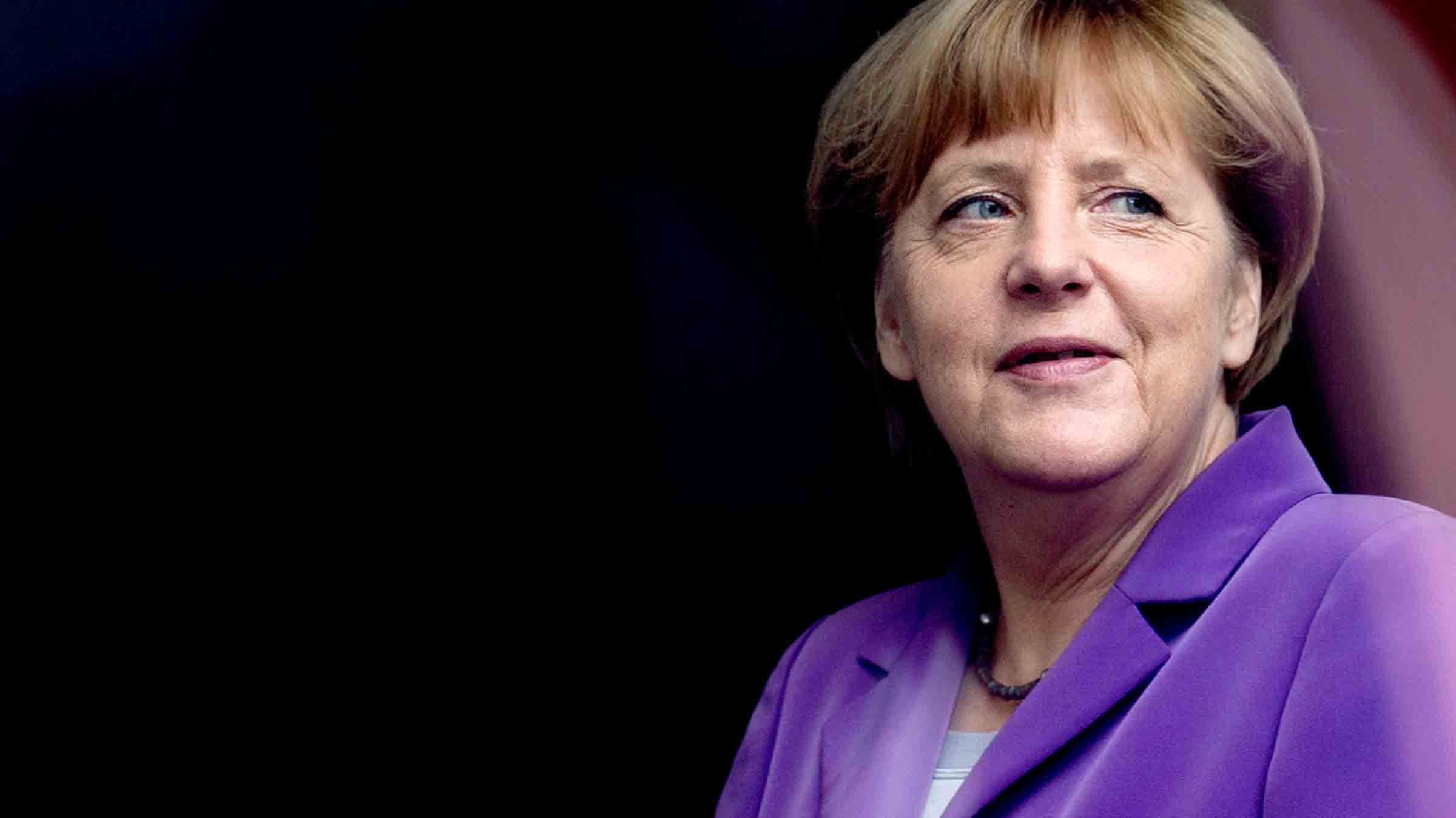 Let’s just get this out here: patriarchy is a thing. Women are far less likely to be heads of state or prominent politicians. They earn less money than men for the same work, and they do far more housework than men do (even working women do more housework than men do). But things are improving: there are more female heads of state than ever. From Angela Merkel, the Chancellor of Germany and Theresa May, the Prime Minister of the United Kingdom, to Halimah Yacob, the President of Peru, and Tsai Ing-wen, the President of Taiwan: the rise of powerful women is something the world is going to have to get used to.

9) Crime is declining in almost every developed country. 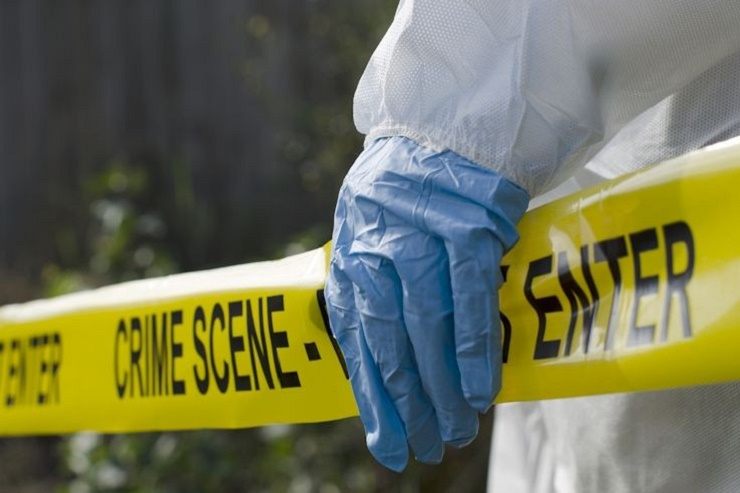 In England, crime has decreased to its lowest level in over 30 years. In the United States, crime has also dramatically fallen over the last 50 years, and violent crime specifically has halved since the early 1990s. In Germany, murder and manslaughter has decreased by 40% since the turn of the century. These examples aren’t the exceptions, they’re the trend; and the interesting thing is, experts aren’t even sure why crime is falling so much. While different theories have been suggested (the rise of DNA profiling, improved policing techniques, and so on), nobody is absolutely sure of the reasons.

10) All of these trends are expected to continue

There is room for improvement for every item on this list. The good news is that improvement is coming. Here are some of the most exciting examples: same-sex marriage has been legalized in 26 countries, and several others are expected to follow suit soon, including Austria, Taiwan, and Mexico. Poverty is expected to fall and fewer people will have to live with life-threatening diseases, thanks to advances in education and medical science. The Ozone Layer will likely be closed by the turn of the next century.

Things are getting better, and will continue to improve.