The 10 Brightest Moments of 2017 That Give Us Hope for the Future
What was your favorite 2017 moment?
Read More

2017 saw more than its fair share of ugly politics, party line divisions, and inappropriate politicians, and has certainly not been America’s brightest, smoothest year in that regard. But even amidst the disagreements and unfavorable policy decisions, there were some pretty amazing moments and stories that gave us light in the seemingly constant darkness.

1. Recognition for The Silence Breakers

TIME Magazine named the Silence Breakers as its 2017 Person of the Year. These are the individuals responsible for bringing national attention to the overwhelming presence of sexual harassment in our society. These women and men helped break the silence by sharing their stories and holding high profile men accountable for their actions. They fueled the #MeToo movement and became a beacon of hope for many victims.

1.2 million people across the world tuned in to watch April the Giraffe give birth to her fourth calf named Tajiri. This was a long-awaited moment on the internet, with the livestream beginning in February. The owner of the park in New York put up the camera in early February since that was about the time April was due. After some news outlets picked up the story, she became a YouTube favorite with tens of thousands of people watching at any given time. On April 15th, the long wait ended for over more than a million viewers. 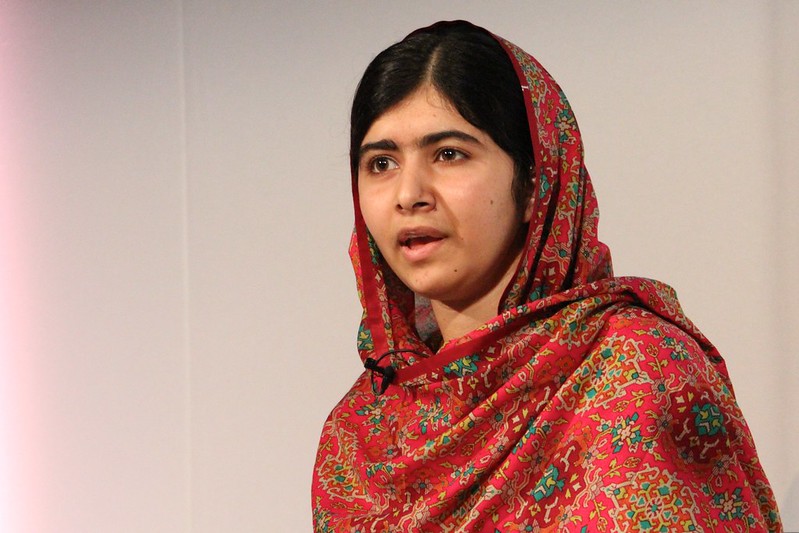 After nearly dying for girls’ education, Malala Yousafzai became the youngest person to win a Nobel Prize. Back in 2012, Malala was shot in the head by a member of the Taliban for speaking up on behalf of girls’ rights to an education. After surviving the shooting, she became an advocate for the cause. Word spread in August that she had been accepted to Oxford, and on October 9th, the anniversary of being shot, she started classes.

4. Humanity’s Response to the Natural Disasters 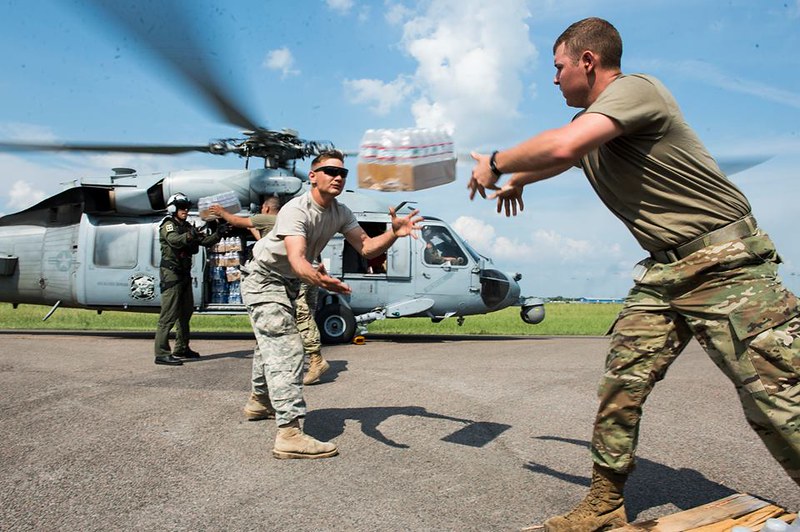 From the celebrity chef that made over 45,000 meals for the victims of Hurricane Maria, to the fifth graders who made a lemonade stand that raised money for the families affected by Hurricanes Harvey and Irma, humanity stepped up in the most inspirational ways in response to the year’s natural disasters. The worst in nature can sometimes bring out the best in citizens and neighbors. 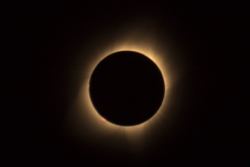 On August 21st, people from all around the United States and North America wigged out over the solar eclipse. It was a rare coast-to-coast total solar eclipse. Those who made it into the path of totality saw one of nature’s most awe-inspiring sights, as the moon completely covered the sun. Outside of that path, anyone wearing the protective glasses (and some that probably weren’t) got to enjoy the partial solar eclipse.

6. People Loving on the Environment 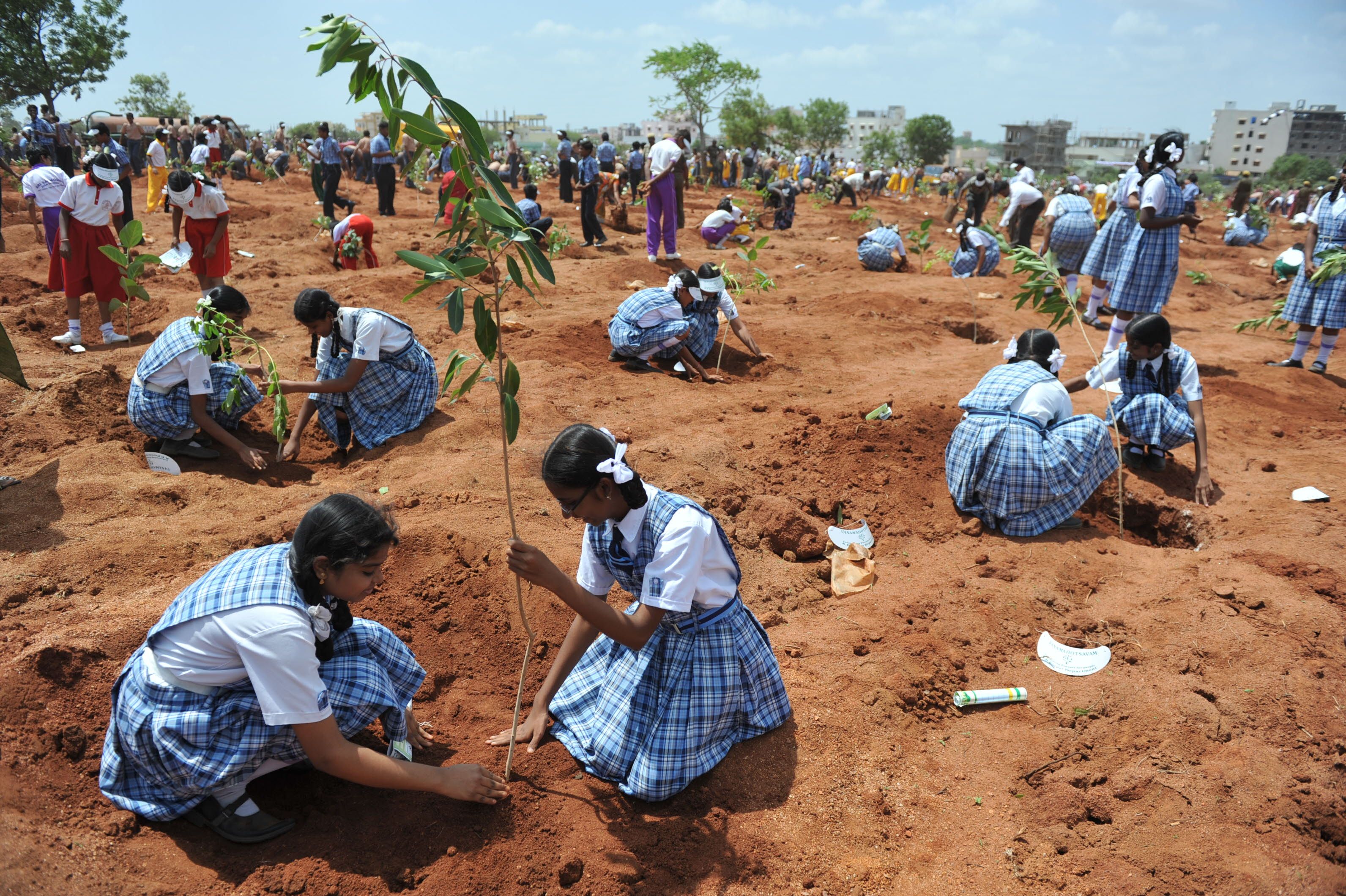 India broke a world record by planting 66 million trees in just 12 hours. This was one of the promises the country made as a part of the Paris Climate Agreement. Planting this many trees is a step in the right direction to help repopulate forests. There have been other 2017 successes as well – like the Earth’s ozone hole that has been shrinking. It is currently at its smallest recorded size since 1988. 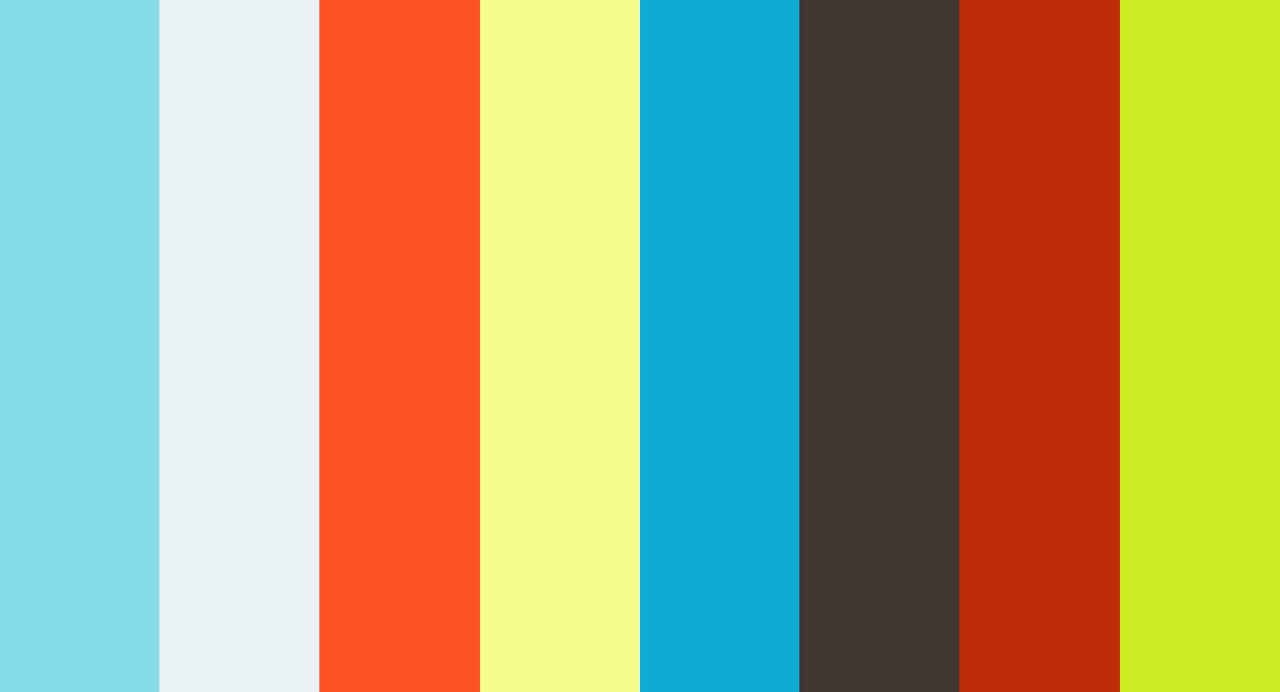 This summertime 2017 movie release came out on top in more ways than one. Wonder Woman is the highest grossing live action movie directed by a woman, the highest grossing superhero origin film at the domestic and worldwide box offices, and in the Top 5 highest earning superhero movies of all time at the domestic box office. Hollywood executives do not have an excuse anymore for not producing more superhero films with female leads. They don’t just perform well, they can shatter records like glass ceilings.

It was a soccer game between Borussia Dortmund (a German sports club) and AS Monaco (a Monaco-based sports club) that was postponed due to an explosion that struck the Dortmund bus and injured a player from the team. But what could have easily divided people out of fear and worry actually brought some together. Many fans of Borussia Dortmund opened their doors to the AS Monaco fans, welcoming them as guests for the night. The hashtag #BedForAwayFans led to several posts on social media that showed fans of the opposing teams sharing meals, beers, and more.

Germany, Australia, and Austria all saw great feats in the LBGTQ rights arena. In Germany, love won out as the Parliament passed a historic cote that legalized same-sex marriage. Australians took to the polls in droves with nearly 80% of the population casting a vote and 61% of voters saying yes to allowing same-sex marriage. This will put pressure on the legislature to pass the law to legalize it, a long time coming for many Australians. In Austria, the Constitutional Court declared the laws currently in place are discriminatory, so same-sex couples will be able to marry in the beginning of 2019. 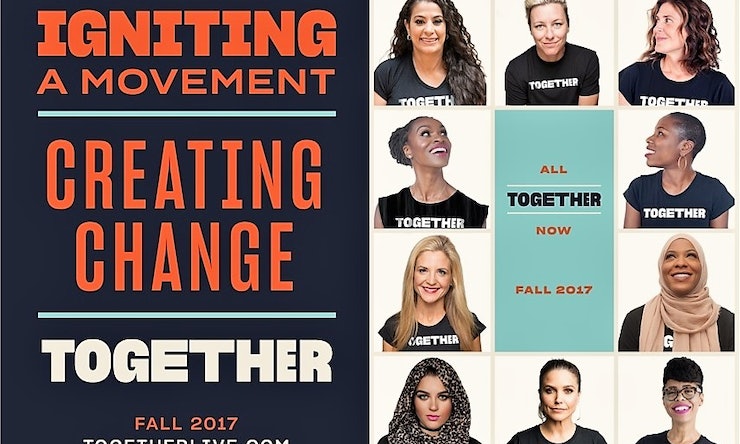 This event toured nationally in ten cities from coast to coast and featured women leaders that were local activists, artists, athletes, and more. For those who attended, it was an evening of “inspired talks, interviews, and interactive conversation” according to the official website. These women continue to be the movers and shakers in their communities, and this was the opportunity to hear them talk about their stories of humanity, fear, love, community and more with humor, inspiration, and a lot of power. Hopefully, America has not seen the last of events like this.