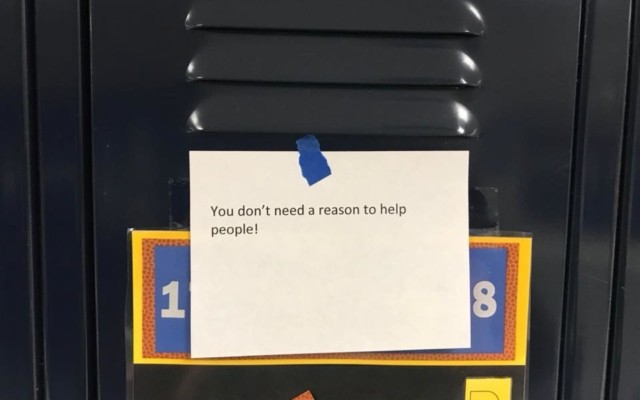 Teenagers Write 5,100 Notes to Lift the Spirits of Every Student in School

Teenagers Write 5,100 Notes to Lift the Spirits of Every Student in School
This past month has been terrifying for high schoolers across the nation, and a little kindness goes a long way.
Read More

This past month has been terrifying for high schoolers across the nation. Following the tragic events in Parkland, Florida, there’s been an alarming number of other rumored and real threats of gun violence, especially in the hallways of Carmel Clay High School in Carmel, Indiana. After a shaky week which resulted in the arrest of two male students, the Carmel teenagers were in need of strong emotional support from their teachers and their community.

This past Wednesday, 30 students in Sarah Wolff’s ceramic art class took it upon themselves to restore positivity and vitality to the halls of their school, and more importantly, to their peers’ lives.

Earlier this year, the school’s counseling office had challenged their students to come up with a random act of kindness. The timing couldn’t have been more impactful.

Limited to a $20 budget, Wolff’s students came up with the idea two weeks ago to hang inspirational quotes on lockers. Their idea went beyond targeting just a few of the lockers, though. They wanted all 5100 students, while returning to their locker to retrieve their belongings at the end of the day, to be greeted by something that could give them the courage they needed to be strong.

The teens in the class, ranging from 9-12 grade, wrote and printed out uplifting notes—not just the people they were friends with, but a note for every student in the school. They hung up all the messages during the final 90-minute class of the day, and sped around the building before the bell rang. 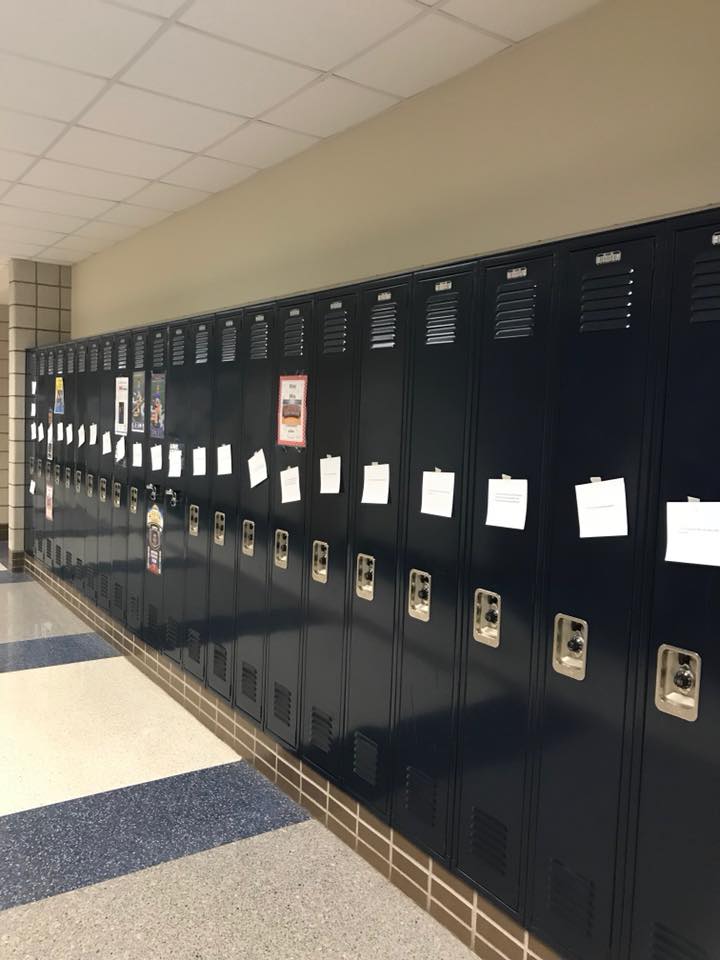 The Impact of Twenty Dollars is Priceless

The twenty dollars were spent on the rolls of blue painter’s tape used to adhere the quotes. While it doesn’t look like much, the reaction of the recipients was well worth the effort. Many of the quotes were still found hanging the next day, much to the surprise of Wolff and her students.

“We thought that they might tear them down and not think too much about them, but everyone loved them and they’re still up,” said Andrew Morozov, a Carmel senior. He goes on to explain the importance of decorating each and every locker. “Some lockers have all these different locker signs because they are really involved [in extracurricular activities]… and you notice that there are some lockers that don’t have signs,” Morozov told Indy Star. “It just felt kind of nice to have something for [those lockers] to say.” 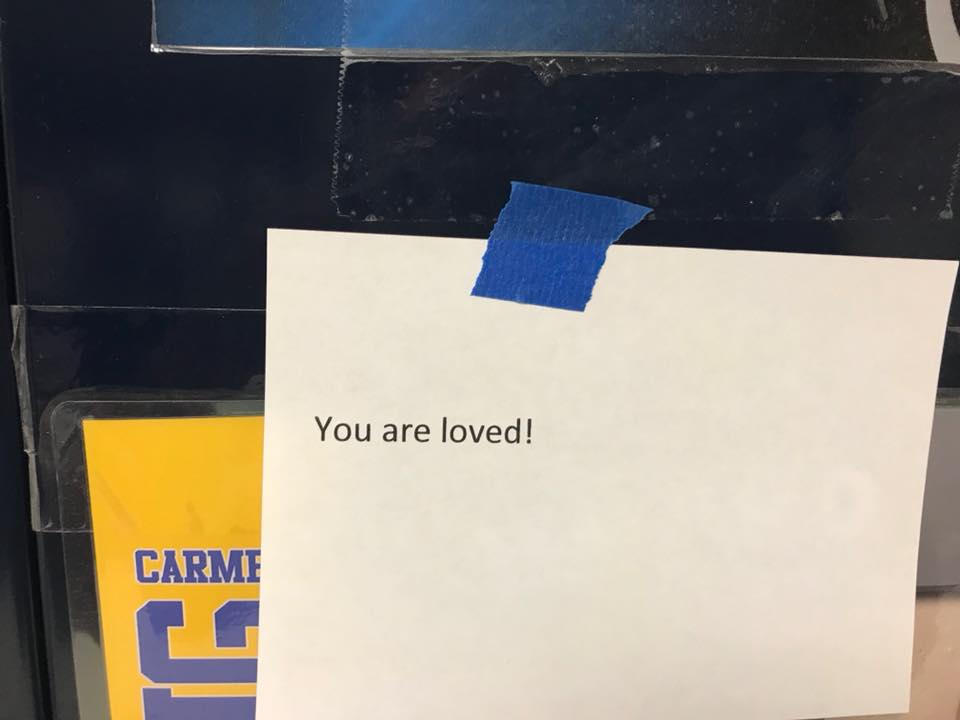 Ending on a Positive Note

The messages were the stuff of calendars, fortune cookies, and Twitter quotes. “You are amazing and valued!” “Don’t forget that you are important.” “Today is the start of something great.” “Don’t let yesterday take up too much of today.” “The greatest views are after the hardest climbs don’t give up.”

While these statements have been heard before, perhaps they haven’t been said enough.

The Wednesday school day ended on a positive note, with the quote’s recipients taking out their phones and sharing the heartfelt messages with their friends, families, and social media networks. 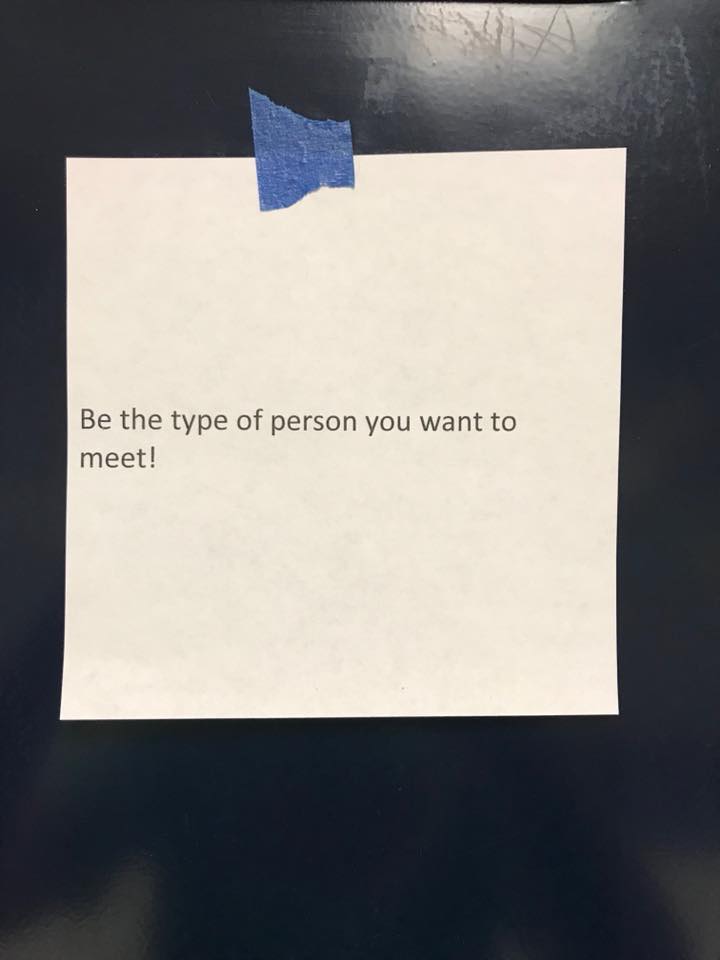 Without the support and encouragement of Sarah Wolff, this act of kindness may not have happened. She constantly reminded her students of the significance in their efforts. “If one of those 5100 kids went home that day and made a better choice or felt loved, then this was worth the 90 minutes we put into it.”

Her lesson is an important one. You don’t have to be the one who is going through a hard time to appreciate a kind thought or action. “It put a smile on my face, and others as well,” Morozov stated, proving that the giver often reaps the benefits of kindness, too. Wolff echoed this thought: “Any time is a good time to do something good for somebody and that’s what our job is here on planet earth.”