How Did This Giant Spiral in the Middle of the Sahara Desert Get There?

How Did This Giant Spiral in the Middle of the Sahara Desert Get There?
In the middle of the desert is a monumental spiral that at first glance looks like the mark of an alien visitor.
Read More

In the middle of the Sahara desert, 400 kilometres from Cairo near the Red Sea, exists a monumental art installation that at first glance looks like the mark of an alien visitor. The immense crop-circle-esque artwork, called Desert Breath, was first created in March 1997 by the D.A.ST. Arteam as an exploration of infinity against the expansive backdrop of the largest desert in Africa. 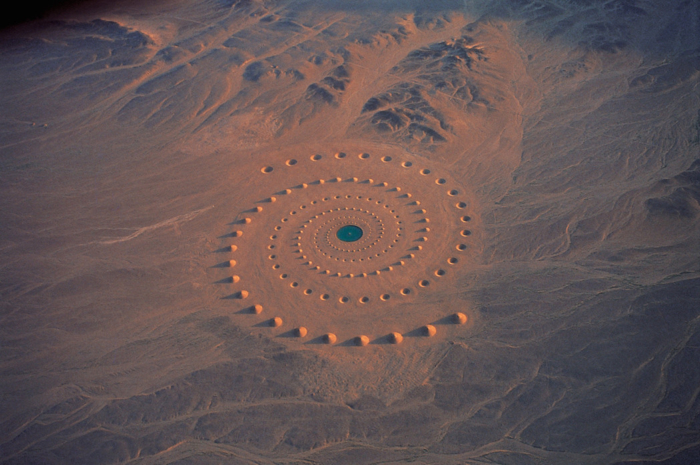 The idea for the work was first hatched in 1995 by installation artist Danae Stratou, industrial designer Alexandra Stratou, and architect Stella Constantinides. Two years later, the work was complete. 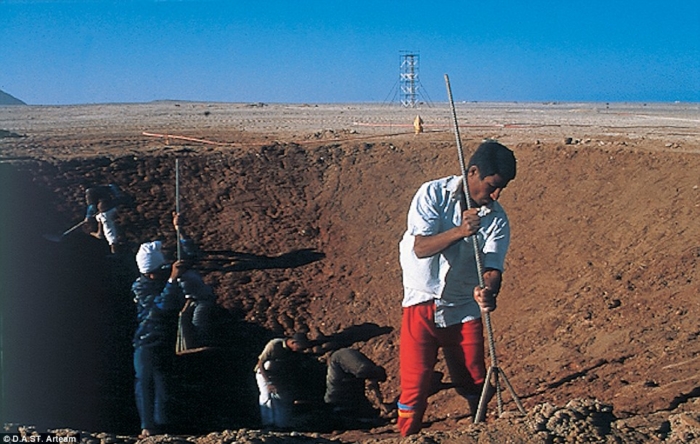 How did they do it?

By displacing 280,000 cubic feet of sand to form positive and negative conical volumes, the team created two giant, interlocking spirals. At the centre lies a circular lake with a 30-meter diameter. 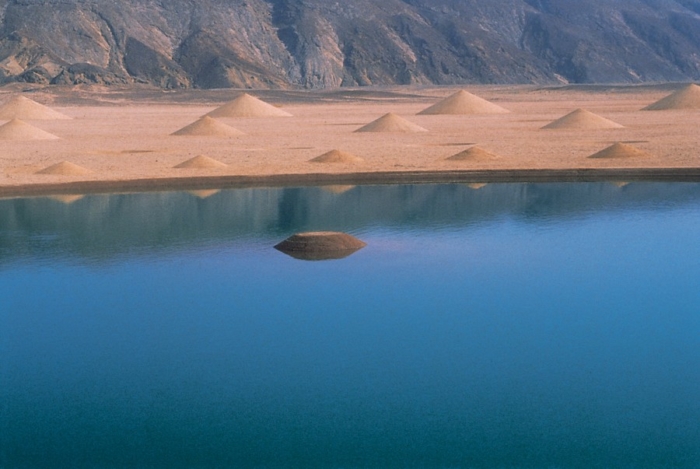 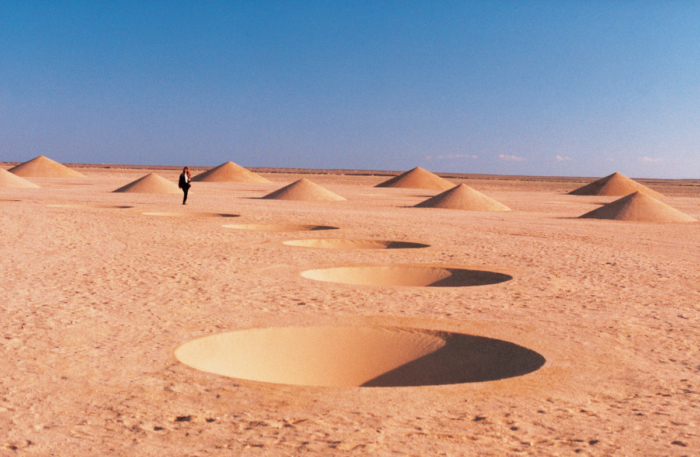 A pattern is formed that from the ground creates a physical pathway to its centre. Viewed from above, however, the installation becomes a stunning image. The piece covers a total area of 1 million square feet.

Over the 14 years since its completion, the piece has slowly transformed. The depressions slowly fill and the cones become rounded as sand is shifted by the desert winds. 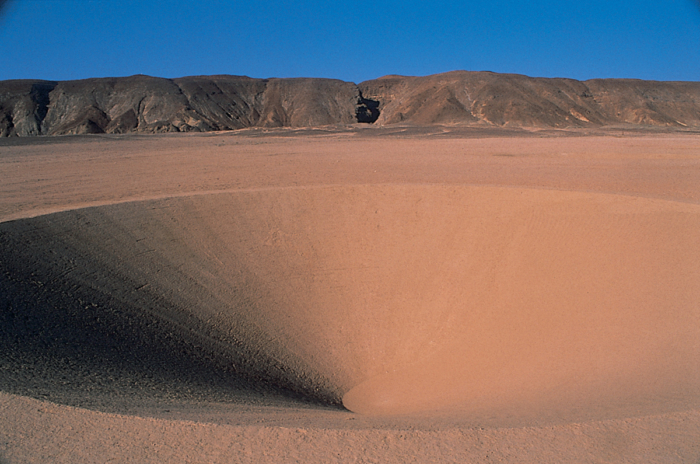 The lake has also naturally emptied with time. However, it is incredible that 17 years later, Desert Breath is still visible by satellite images on Google Earth.

The creators of Desert Breath say that its disintegration is an important part of the artwork. We observe its majestic enormity slowly become one with the infinity of the desert. 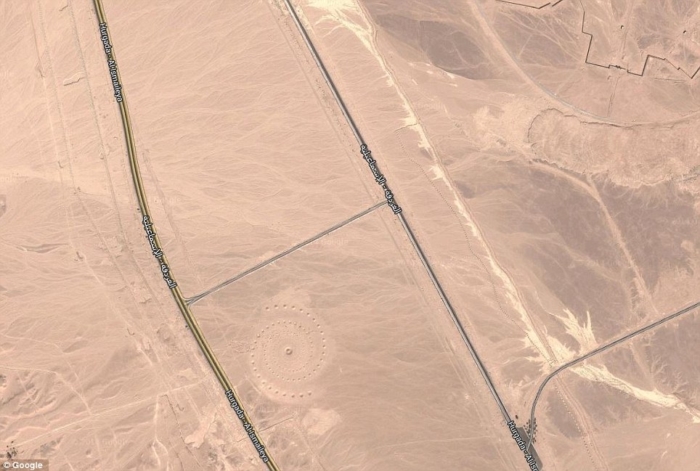 Watch a video on the project published by one of the creators, Danae Startou, here.