This Animal is the First Confirmed to Understand Humans

This Animal is the First Confirmed to Understand Humans
New study confirms it actually listens to and understands humans who communicate with it.
Read More

We may think our dogs know what we mean when we say “out” or “treat”, but a new study describes a bird that actually listens to and understands humans who communicate with them. 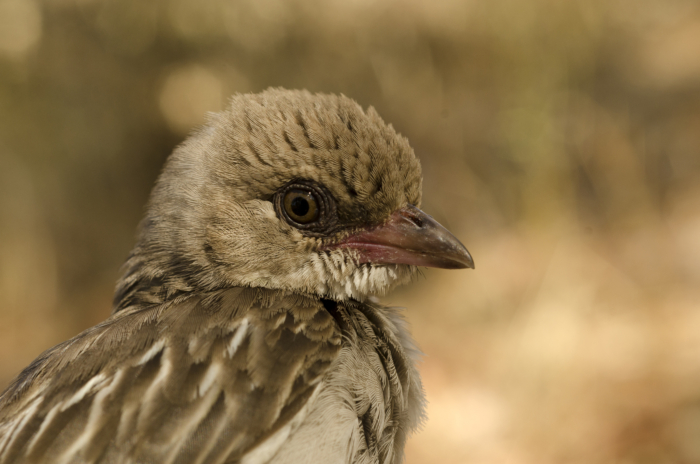 The unique bird in question is the honeyguide, which gets its name from a relationship forged many generations ago with tribes around Africa. It has a keen nose and sweet tooth for honey, but is too small to defend itself against an angry hive. Humans also highly value honey, and while they have tools like machetes and fire, they have a harder time finding the hives.

As such, a mutualistic relationship was formed, with honey-hunting humans calling the birds, and the birds calling back as they flit from tree to tree, leading the brigade to hives. 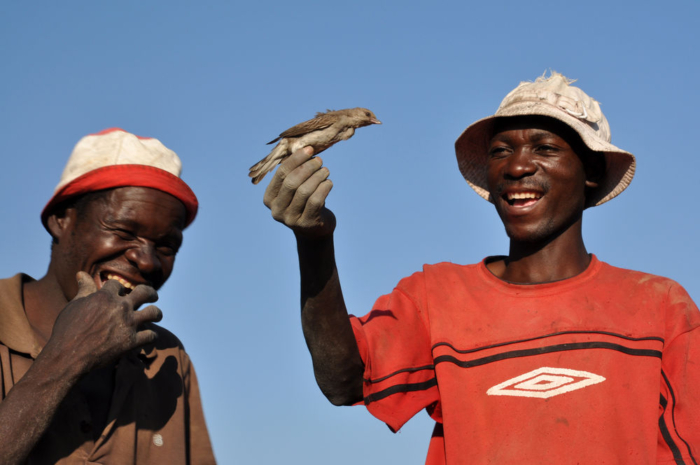 Men from the Yao tribe with a honeyguide.

What is unique about the honeyguides, as described in research published this summer in Science Magazine by scholars from the UK and South Africa, is that they are the first animal ever to be confirmed as actually understanding the calls humans are making.

As field biologist and author of the study Claire Spottiswoode explains, the birds were twice as likely to lead men from the Yao tribe in northern Mozambique to honey when they heard the traditional “brrrr-hm” call than other sounds, and were three times as likely to do so when the men continued to make “brrrr-hm” sounds while they were following the bird. For Spottiswoode, these results show that “there is communication between humans and free-living wild animals that the animals understand.”

Sample of the “brrrr-hm” call used by members of the Yao tribe to let honeyguide birds know they are ready to go hunting together.

The bird’s propensity towards guiding has been understood for a long time, as evidenced by its scientific name Indicator indicator, assigned by Swedish naturalist Anders Sparrman in 1777. Back in 1989, researchers found that the Boran people of East Africa reduced the time to find honey by approximately two thirds, though the ability of the bird to understand verbal cues was not studied at that time. 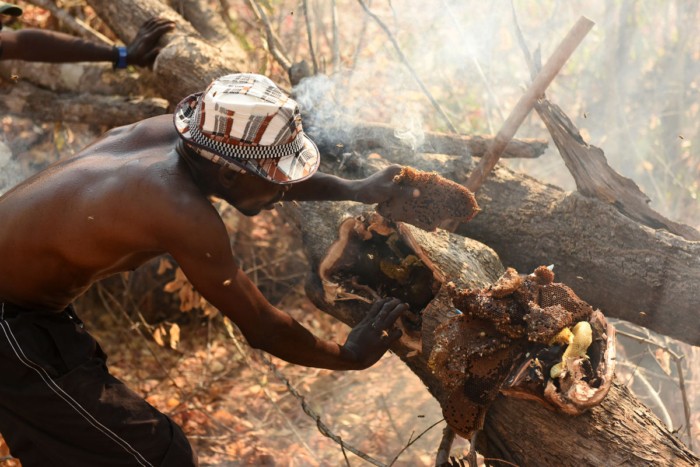 A Yao tribesman opens up a beehive after being led to it by a honeyguide.

They are known for also leading honey badgers to insect hives, which squares with Spottiswoode’s suggestion that they instinctually know they should guide others to honey but must learn to interpret unique signals from each different species.

Honeyguides’ symbiotic behavior is not always positive for everyone involved, however. It is a parasitic breeder, meaning that it lays eggs in other birds’ nests. After hatching, honeyguide chicks use a hook on their beaks to kill the other chicks in nest and destroy other unhatched eggs. 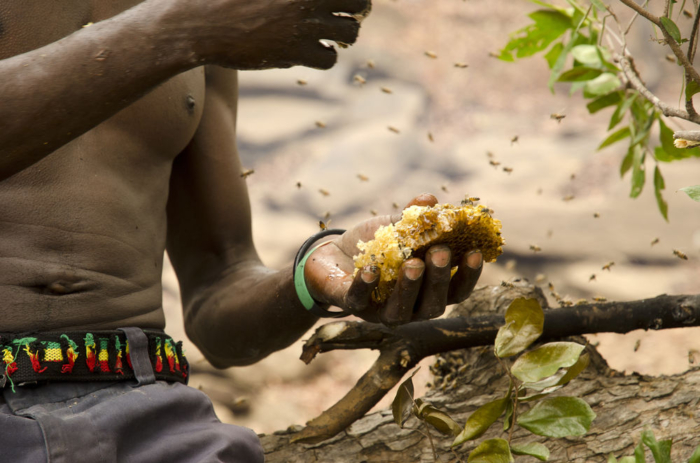 Additionally, many tribes such as the Bushmen people in southern Africa say that the honeyguide must be thanked with a gift of honey. If not, they say the next time it will guide the way to a lion, bull elephant, or venomous snake.