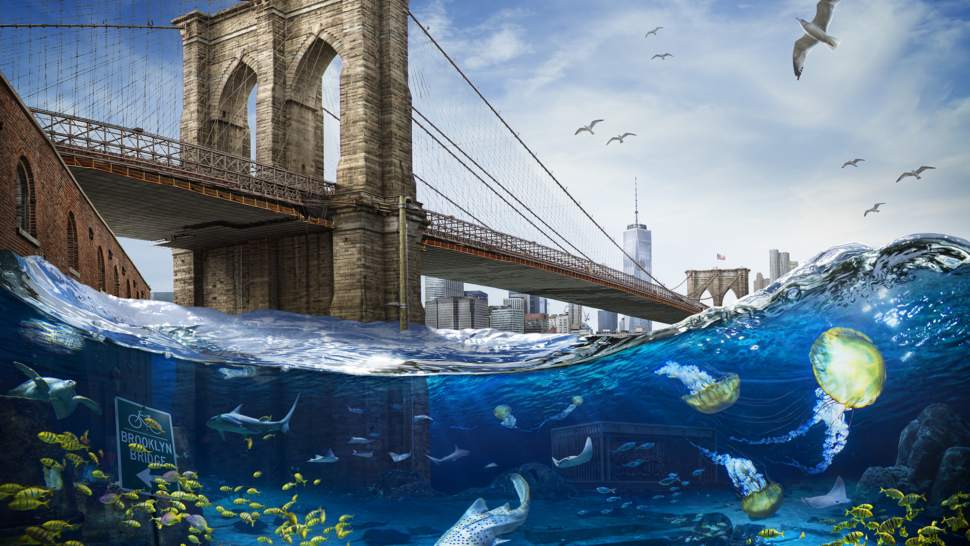 Artist Makes Dystopian Predictions by Combining Hundreds of Photographs
We caught up with Nick Pederson to chat about his artwork & his predictions for our planet.
Read More

Digital artist and photographer Nick Pederson travels to the ends of the world to source the perfect photographs for his digital manipulations.

From the New York City streets to natural history museums, the desert or the jungles of South East Asia, Nick scours the globe to find the perfect elements used to compose his hyper-detailed, dystopian artworks.

We caught up with Nick to chat about his creative life, and his predictions for the future of our planet.

Your digital images are so visually intense. How do you create these? Could you walk us through the process?

All of my artwork is created using my own photography.

To create my images, I use a complex process of digital imaging in Photoshop and every image is actually made up of about 50 or more photographs meticulously pieced together, with each taking about 100 hours of work.

Each image is planned out and created as an intricately layered construction, and I think that is what gives it such a hyper-real, illustrative quality. 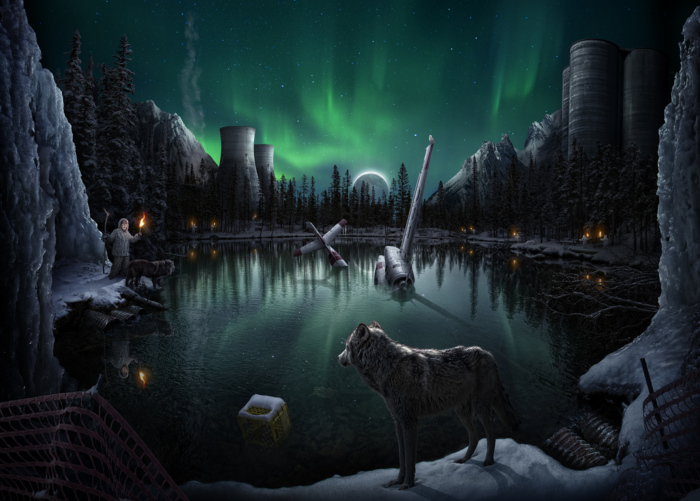 What are the issues and topics that interest you in particular?

My artwork is inspired by my experience with nature and environmentalism. It’s specifically motivated by my concerns for the future due to the effects of climate change, melting polar ice caps, sea level rise, and the many major impacts humans have had on the planet over the past century.

I try to portray this modern conflict between the natural world and the manmade world in interesting and provocative ways. In my work I like to say that these forces clash in ‘theatrical, post-apocalyptic battlegrounds’. 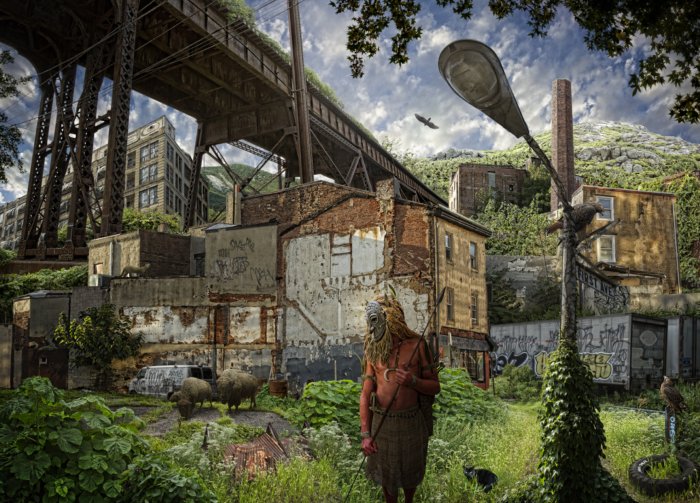 We live in a precarious time that many scientists now call the ‘Anthropocene’, where humans have the unprecedented potential to affect major Earth systems on a global scale, and my work shows an extreme example of what we might be capable.

The main inspiration for much of my artwork, and the Ultima series in particular, came from seeing the ruins of Angkor Wat when I was in Cambodia. Being there surrounded by these ancient structures of a lost kingdom that have been completely reclaimed by the natural environment was a very powerful experience for me. 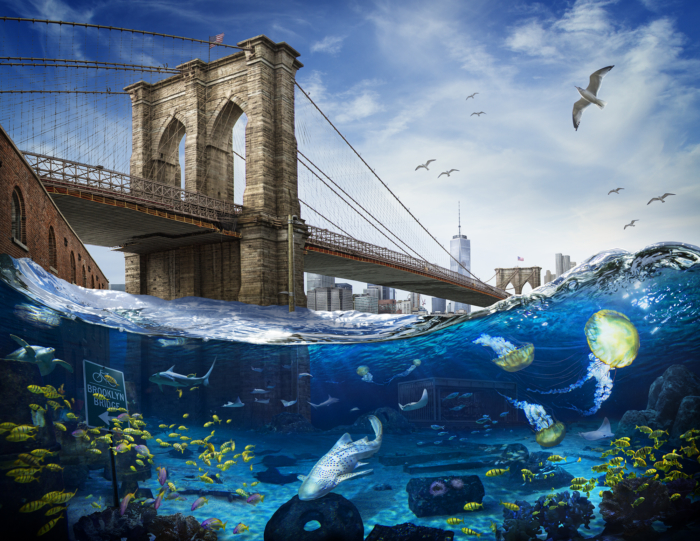 It really got me thinking about the future, and about what would be left if our own civilization also ended in some way. What would be the legacy we would be leaving behind for future people to discover?

I became very curious about this idea and reading books like “The World Without Us” by Alan Weisman and “Collapse” by Jared Diamond was very influential for me. There are many other historical examples of cultures reaching their peak, overusing their natural resources, collapsing and leaving behind mysterious ruins for us to find, such as the Anasazi, the Mayans, and Easter Island. 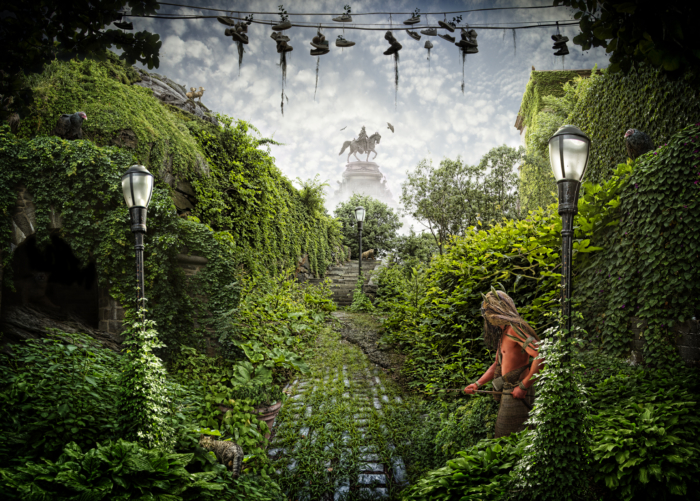 I wanted to take this concept and visualize it in a modern sense, because I think we are facing many of the same problems as these ancient civilizations, just on a much larger scale.

What are some of the challenges that arise in your process?

One of my biggest challenges has been getting the best images I need for each project because I want it to be entirely of my own design. This has involved travelling to photograph in foreign countries, climbing mountains and exploring the outdoors, which is actually my favorite part of the process.

But, a lot of times I have great ideas except that I realize I would have to travel across the world to get the photographs I need. It’s difficult figuring out how to make those things happen, but I have been to some amazing places. 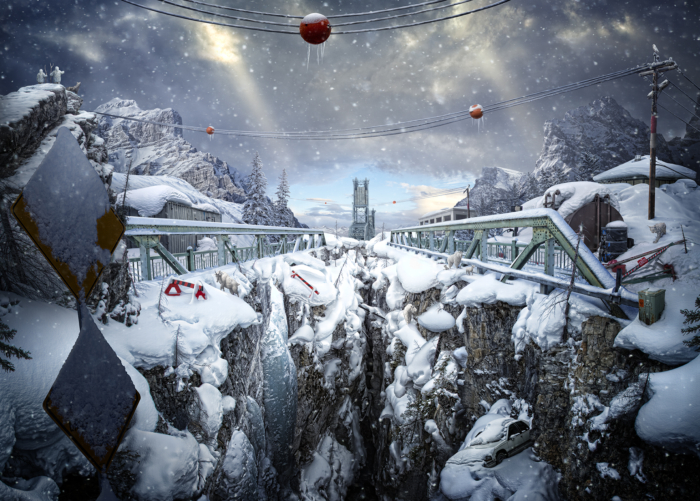 If you could go back in time to when you began creating art, and give one piece of advice to your younger self, what would it be?

I would say that the most important thing is to follow your own path, and create the artwork that you are actually interested in and care about. In art school you learn all about art history and theory, which is great to have that understanding, but you also start trying to fit your work into that model.

I think my best work has come from leaving that idea behind, and instead creating work that is actually personal and authentic. 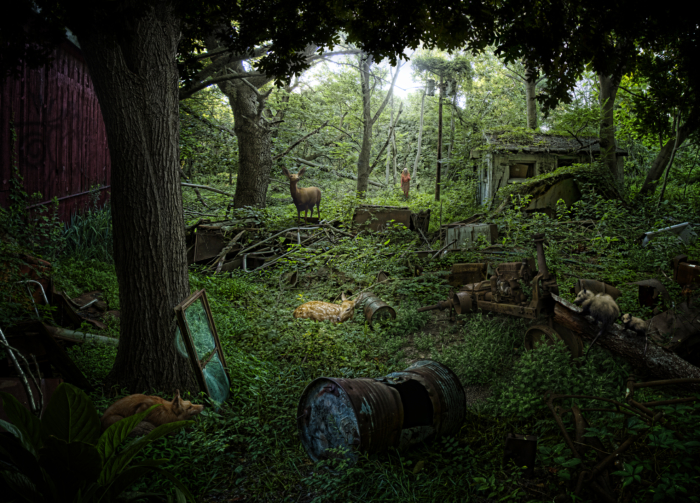 To see more of Nick’s work, go to nick-pedersen.com