Beijing’s Airpocalypse is Like a Sci-Fi Movie Pollution Nightmare

Beijing’s Airpocalypse is Like a Sci-Fi Movie Pollution Nightmare
It's not looking goof for breathing in Beijing.
Read More

China is the largest country in the world with 1.3 billion people and counting. Its capital, Beijing has a population of 21 million people who are struggling to breathe. The city’s air pollution problems are nothing new, but its effects on the city are more visible now than ever.

Not only are the people who live in the city wearing gas masks on the ever increasing number of days when air quality is deemed dangerous, but city’s architecture is changing as well. City life is starting to look like something from a dismal science fiction movie with children having to take their recess under a giant inflatable dome and bikers wearing full masks with oxygen tanks while riding to work. Parents and teachers voiced their concerns to The Guardian.

“Pollution is what all the parents are talking about,” says Nicole Washko, Travis’s wife, who also works at the school where their two daughters go, too. “More and more ex-pat families are leaving this country for the sake of their kids’ health. So if all the other schools have a dome, then we’ve got to have a dome.” A non-toxic learning environment is perhaps the least parents might expect, when they’re paying £20,000-a-year fees. 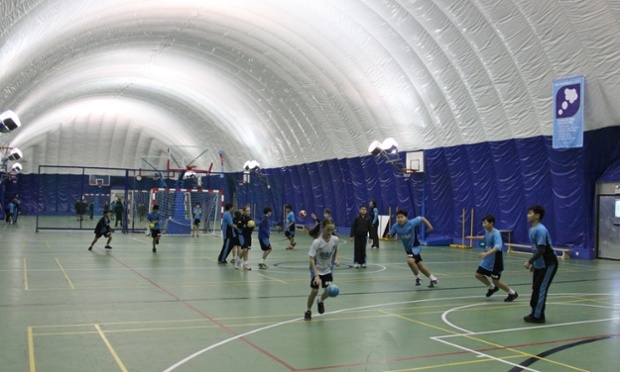 It’s scary to imagine a future where wearing a gas mask is essential for simply stepping outside, but that’s already the reality that the city of Beijing has become accustomed to. It’s gotten to be the norm for Beijing citizens with more and more schools and businesses undergoing complete filtration overhaul. The schools and companies with money to spend have air curtains installed above the doors and ceiling-mounted air purifiers in each room. When the city’s air quality index reaches 180 on a scale of 500, young children and elderly are advised to stay inside while anything over 300 results in school being cancelled. To put that in perspective, the World Health Organization recommends people not breathe air over a level of 25.

Occasionally, air levels reach horrific levels of 460, just 40 points shy from what journalist Oliver Wainwright describes as “maximum doom.” Even with the thick and harmful gray haze that lingers over the city in a near constant state, people are still going about their everyday lives — only taking precautions to do so. A marathon was held earlier in the year on a day when the smog reached 400 and people still came out to run — or at least try to — wearing white masks that quickly turned gray because of the dirty air. 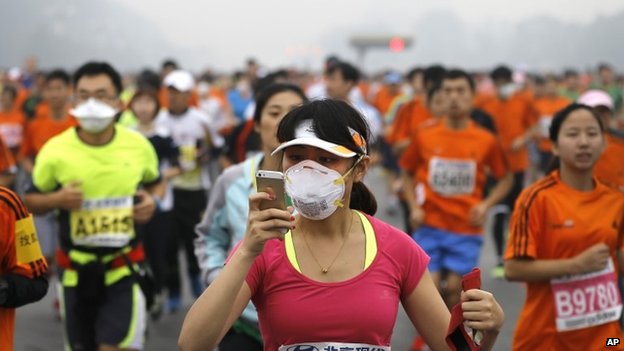 Some people opted not to wear a mask at all and even deny there’s any problem, preferring to refer to the gray air as “wumai” (meaning fog), rather than “wuran” (pollution). There’s no hiding it though, Beijing’s air is seriously dirty, with researchers agreeing that Beijing’s air is largely uninhabitable. 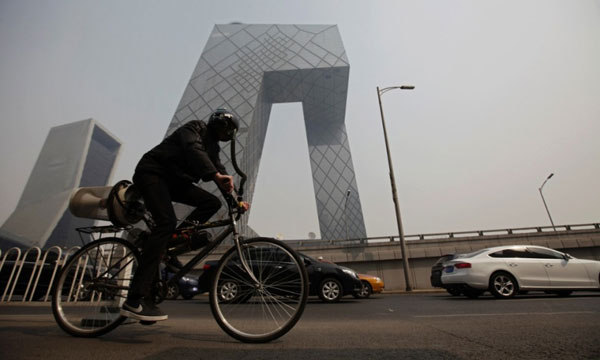 Obviously, this is incredibly scary stuff and should serve as a warning to the rest of the world that if things don’t change, this is where we’re headed globally. Get rid of that gas-guzzling SUV, switch to LED fluorescent bulbs, go outside and ride a bicycle to work every once and while. Because nobody looks good in a gas mask. 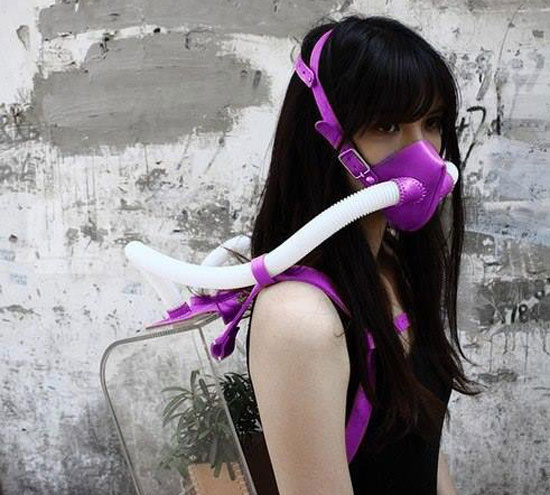