Imagine this, you’re strolling along the canal in Amsterdam and you look out to see what looks like an eerie floating ship from centuries past. That’s just what citizens in Amsterdam are witnessing, only this ghost ship isn’t a phantom schooner at all but, an apparation of one created with water cannons. 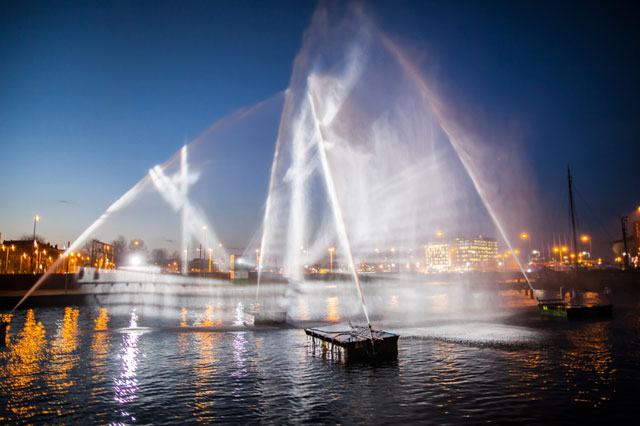 The art installation is dubbed “Ghost Ship” for the very reason that it resembles some sunken pirate ship of the past that has risen up from the watery grave. It was created by Romanian architecture studio visualSKIN, and creates the ship’s image by two intersecting water curtains beamed onto vertical, perpendicular planes of water. While the ship rests idly on the water it looks especially impressive when hit by a gust of wind that causes it to appear to sway back and forth on the water’s surface. 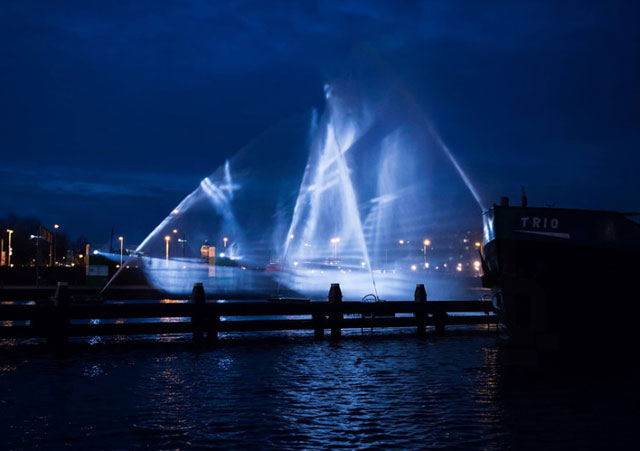 The mesmerizing ship hologram was created using water cannons and well-placed stage-lights. The spooky image is part of the Amsterdam Light Festival that runs from December until January 18, 2015. 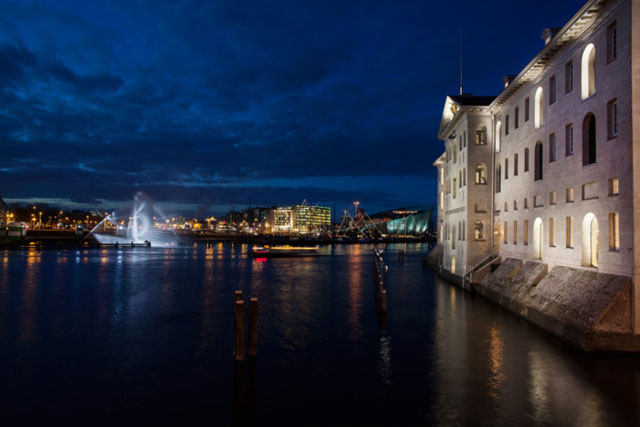