Dad Turns Sick Kids Into Superheroes in This Epic Photoshoot

In October last year, photographer John Rossi got a lot of attention for transforming his 3-year-old daughter into Wonder Woman for Halloween and staging an epic photoshoot.

Feeling inspired, John decided to take his project further and began to search for the REAL superheroes: kids with serious medical issues, who have been fighting the most difficult battles.

He found 6 children to give his superhero treatment to, transforming them into their own version of the Justice League.

The project took two months to complete. He and his team custom made a costume for each superhero child. His wife Roxana searched far and wide for their superheroes. Each participant was matched to a superhero according to their illness.

“Many want to be super heroes in real life. We want to be Superman and fly, have incredible strength like Wonder Woman and super speed like The Flash. Some people though already have these superpowers. The kids that my team and I chose have been through hell and back and have real superhuman strength!” 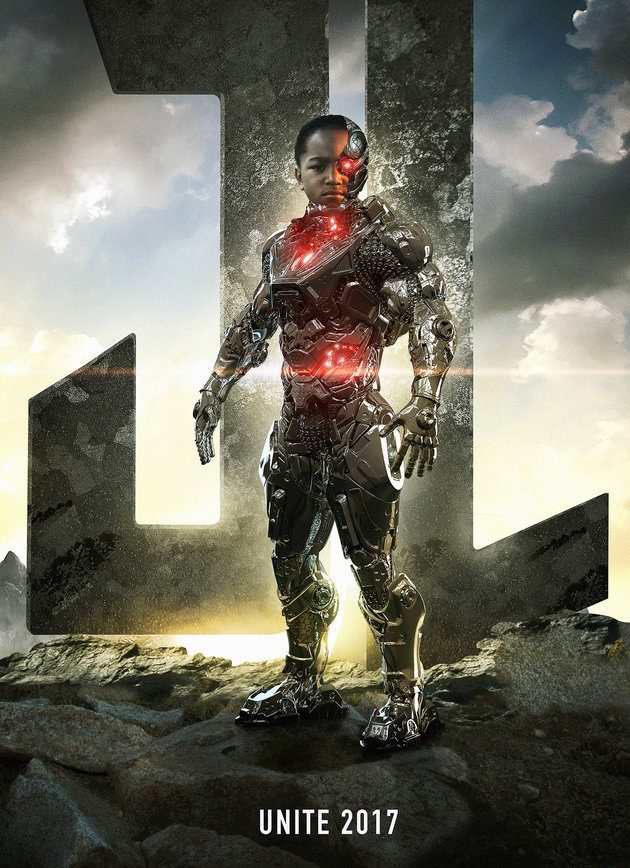 5-year-old Kayden Kinckle was born with Omphalocele, which caused his internal organs to grow outside his navel. Doctors recommended that Kayden be aborted, but his mother decided to have him. This meant that both of her son’s legs would need to be amputated. 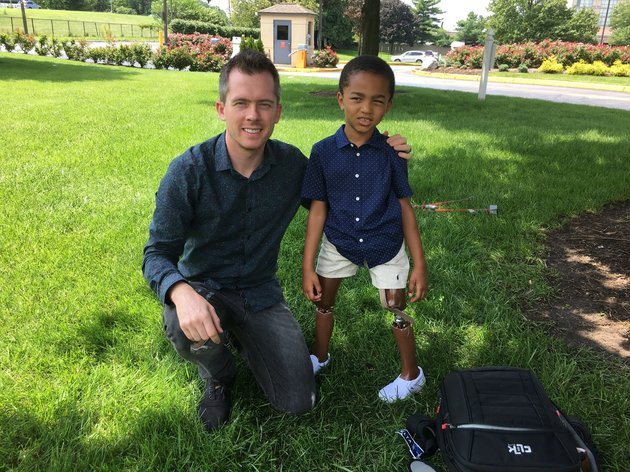 When John met Kayden he said that “he was as tough as nails.” Kayden shares a similar story to Cyborg, who had a near fatal accident at a young age. Cyborg’s dad kept him alive by giving him robotic parts. 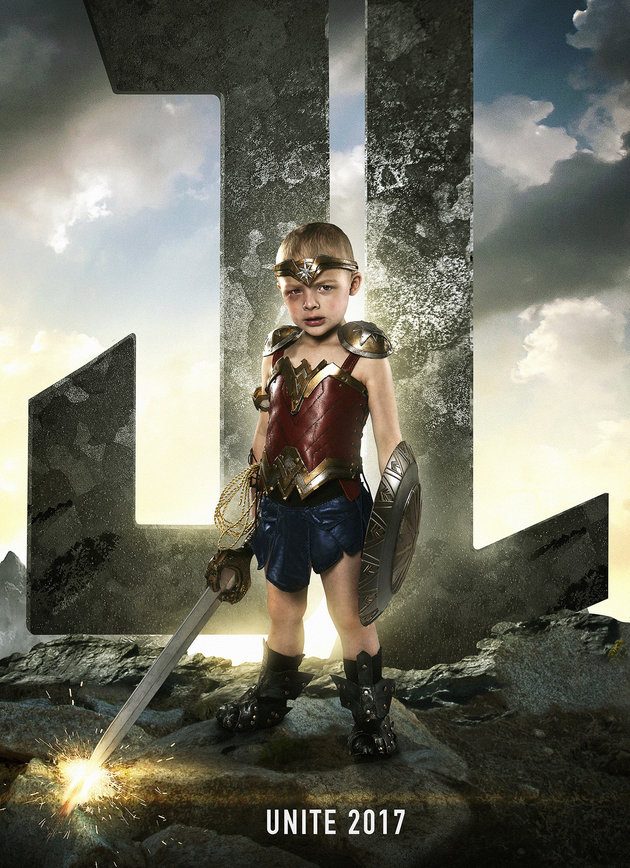 At 3 years old, Sofie was diagnosed with a rare form of cancer called Embryonal Rhabdomyosarcoma. The radiation treatment for her cancer has caused her eye to swell. She had just finished a round of treatment before her photoshoot, and despite being weak from the radiation, Sofie posed like a warrior. 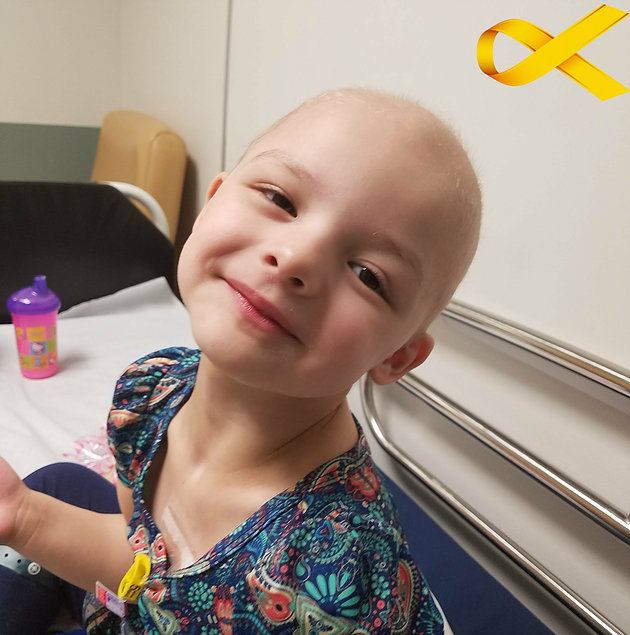 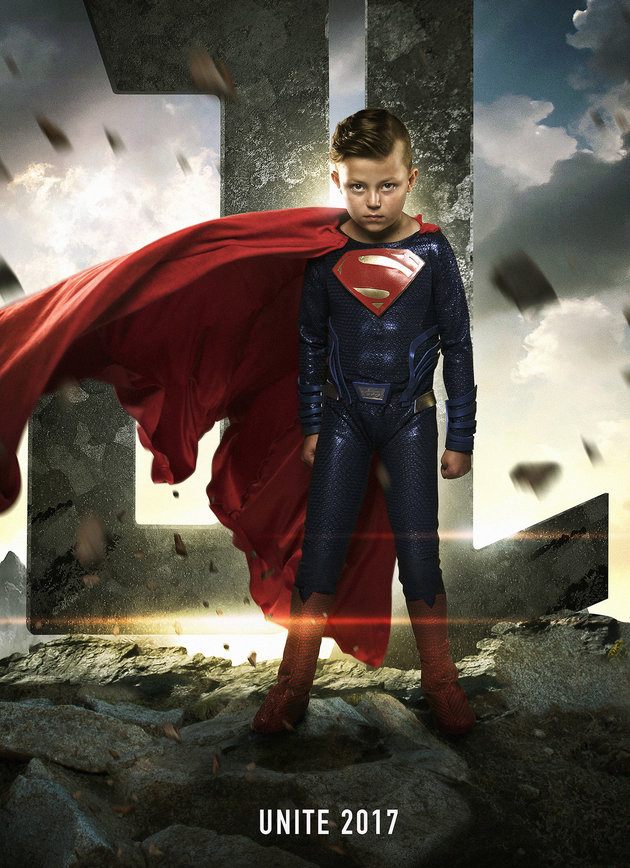 9-year-old Teagan was born with half a heart (Hypoplastic Left Heart Syndrome). He has had three open heart surgeries. He needs to wear oxygen at night and takes a lot of medication. Like Superman, Teagan has a weak heart but one that’s also made of steel. 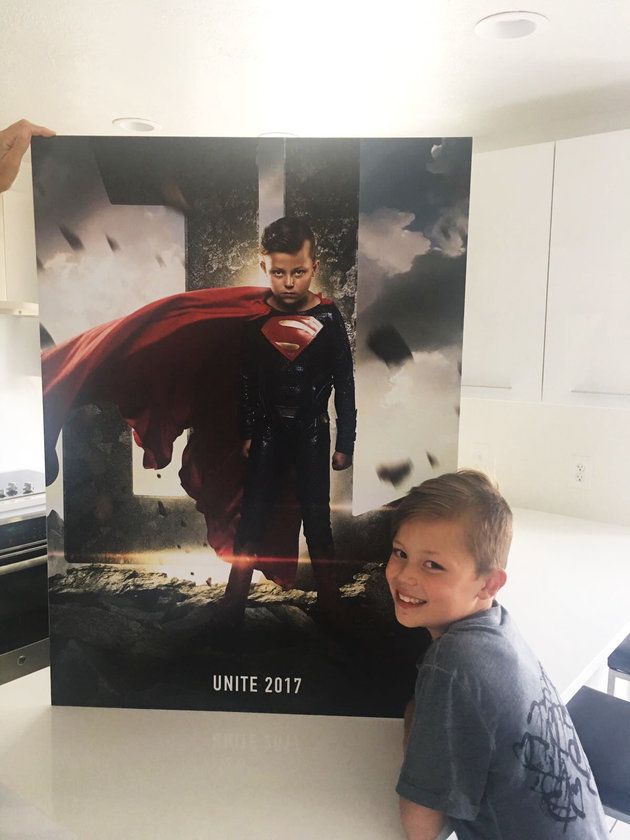 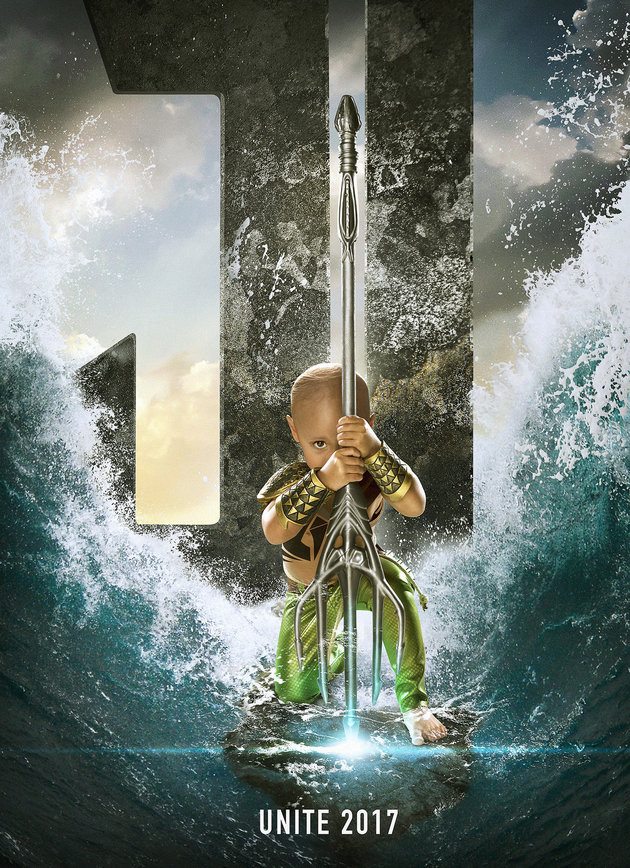 Mataese is only 2, and has been diagnosed with a rare form of cancer called Megakaryoblastic Leukemia. Mataese and Aquaman are both of Polynesian decent. Because he is so young and so weak from the intense chemo treatments he needs to endure, Mataese’s brother helped him out with some of the poses, but he still makes the perfect God of Water. 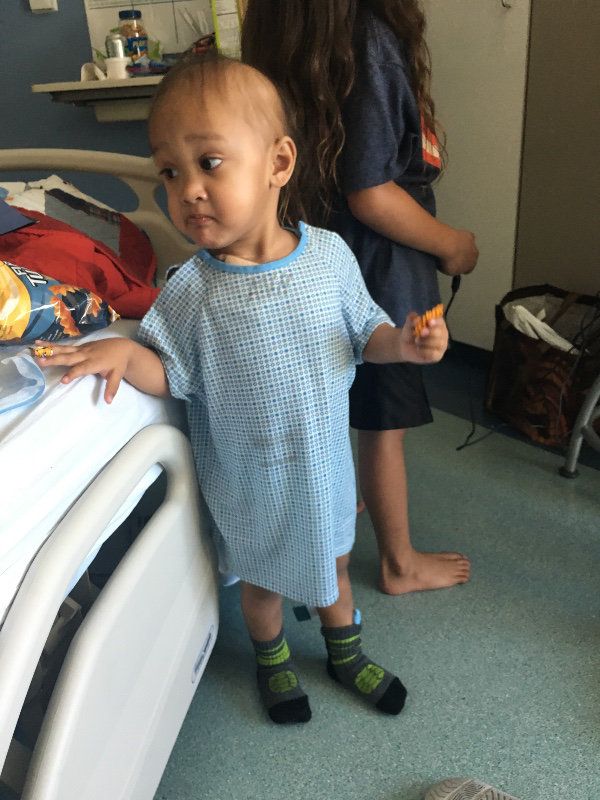 Zaiden Stolrow as The Flash 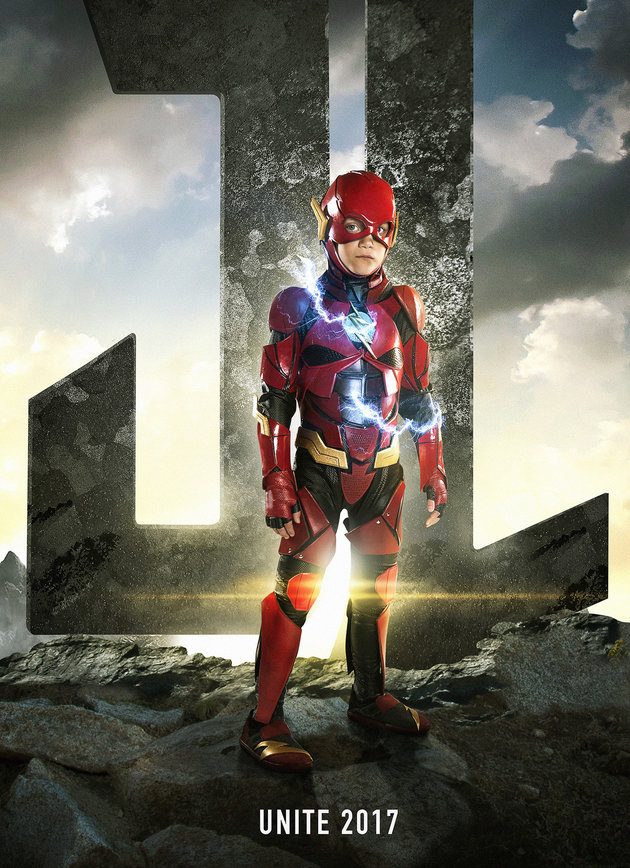 Zaiden has a severe form of ADHD that has caused him to become isolated from his friends at school, and sometimes get into trouble. He loves to run more than anything. Just like the Flash! 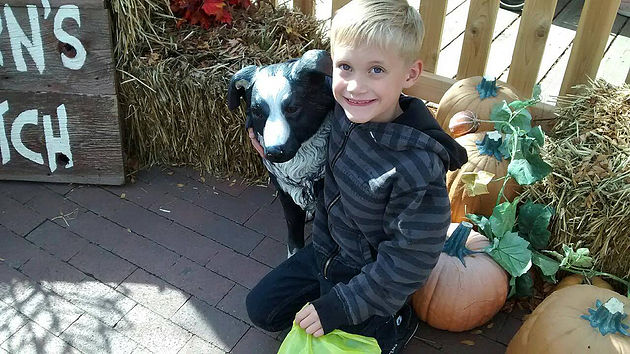 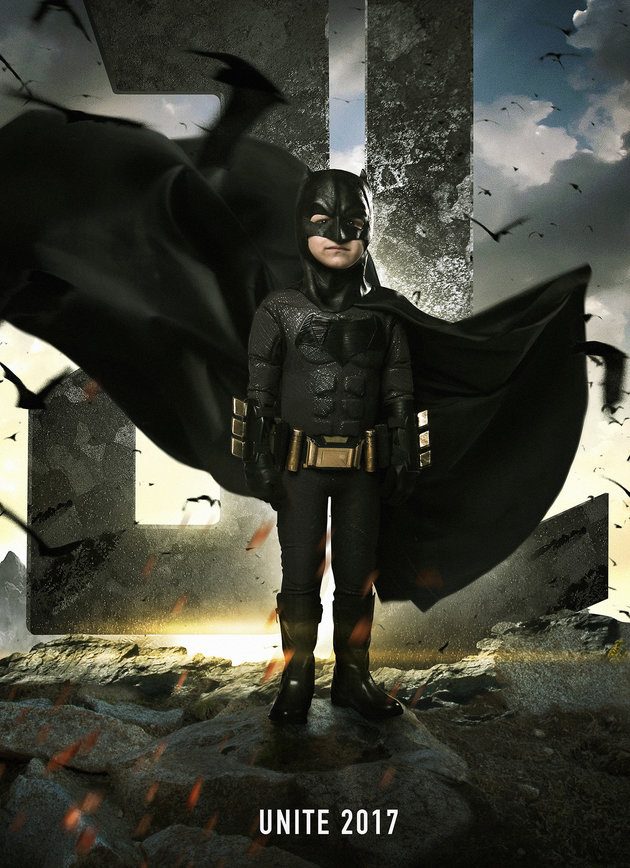 Simon is 5 years old and has a rare from of nerve cancer called Neuroblastoma. He is strong despite his illness and never complains. His mom Trisha says “Simon is a very literal kid, he wants to know exactly what is going on and can tell when you are trying to sugarcoat it. He asks every doctor/nurse exactly what they are doing. He’ll even correct them now when they forget to do something!” 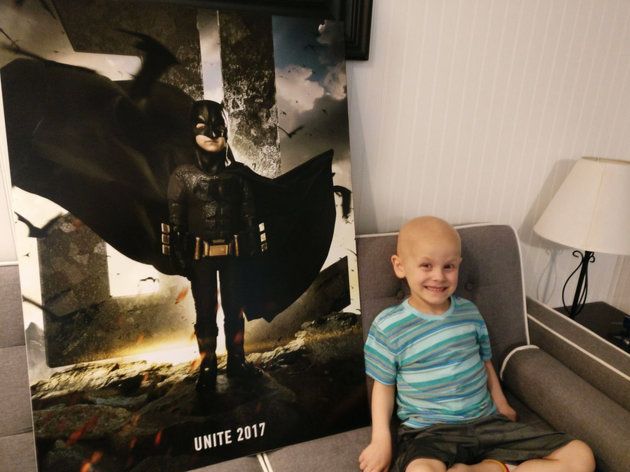 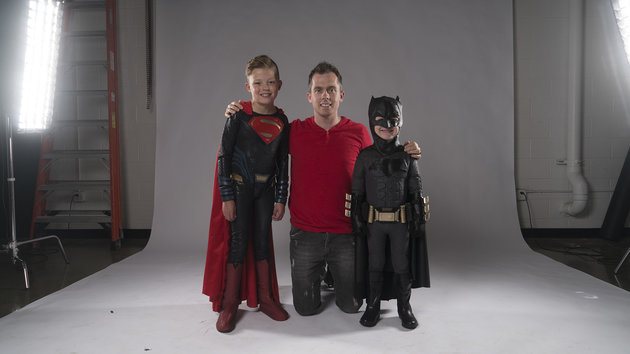 Email [email protected] to find out more about the project.